The Brazilian blowout in equities in 10 charts

In a hair salon, a Brazilian blowout means a temporary treatment for smoother and stronger hair. The frizziness and dullness soon returns though. In an emerging market equity portfolio, a Brazilian blowout means the temporary hopes that this time is different, structural reform will come through and Brazil will be more than a commodity export story. Repeatedly these hopes are dashed. Ten charts below illustrate where we are in this latest iteration of the cycle of euphoria and despair in Brazil, and why now might be the time to get greedy when most others are filling up with fear.

The most recent peak of this euphoria as to what President Bolsonaro, Finance Minister Guedes, and, initially, Chamber of Deputies Leader Maia might achieve on reform of pensions, taxes, privatisation, sub-national budgets was in December 2019, at the end of Bolsonaro's first year in office. There has been some progress, eg on pensions, and Guedes continues to project the right messages to those still listening to him. The current despair is driven by a range of now well understood factors and recent events:

While Bolsonaro evokes the same sort of emotional response as his kindred spirit, Trump, and may similarly push Brazil's political institutions to their limit to secure re-election in October 2022, on the assumption that he similarly will not ultimately be able to break those institutions, this may be an opportune moment to revisit Brazil equities. Valuation (trailing price/book) of the equity index appears at an unjustifiable 20% premium to history given the anaemic outlook for Brazil GDP growth (merely 2% 2021-26 real GDP CAGR) and gross government debt of about 100% of GDP. However, three factors balance this:

Perhaps one of the biggest challenges for the Brazil equity story is that not as many portfolio managers need to care about it as before. Two decades ago, Brazil was almost double the MSCI EM index weight of China-HK, a decade ago it was about the same size, but now it is about one-tenth. Global EM equity managers do not need to fear missing out on the next wave of euphoria in Brazil. 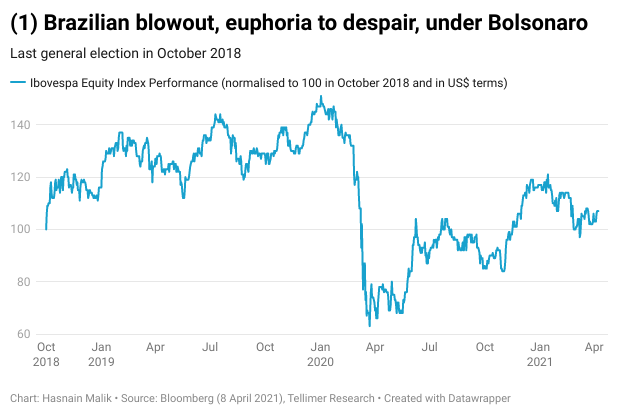 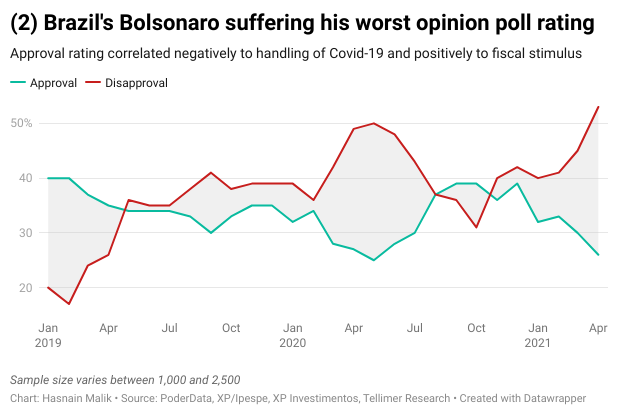 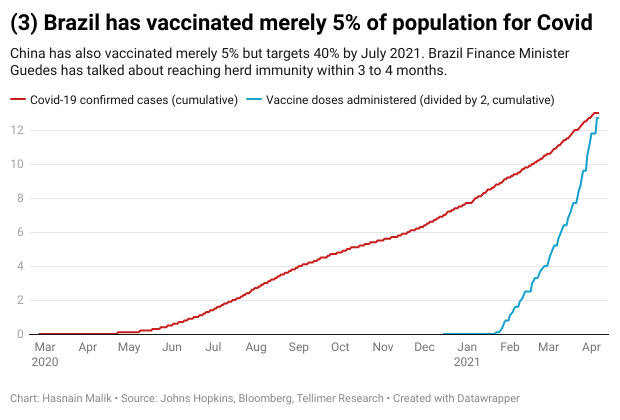 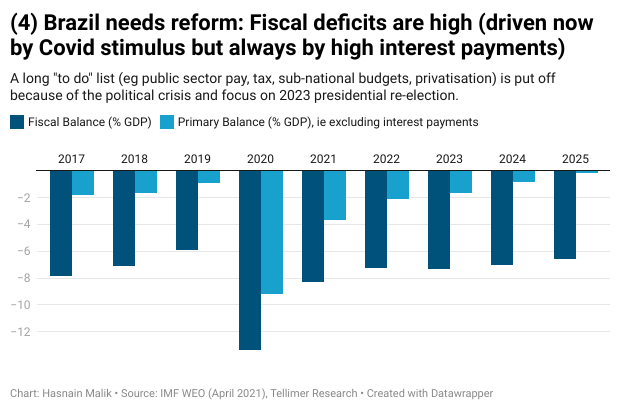 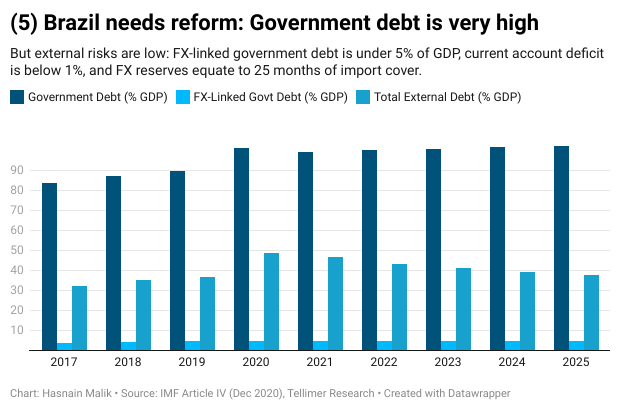 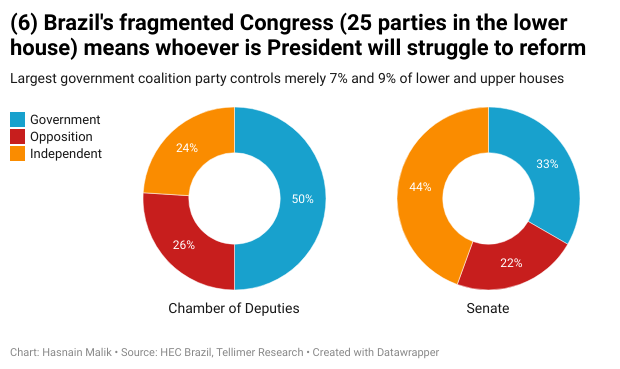 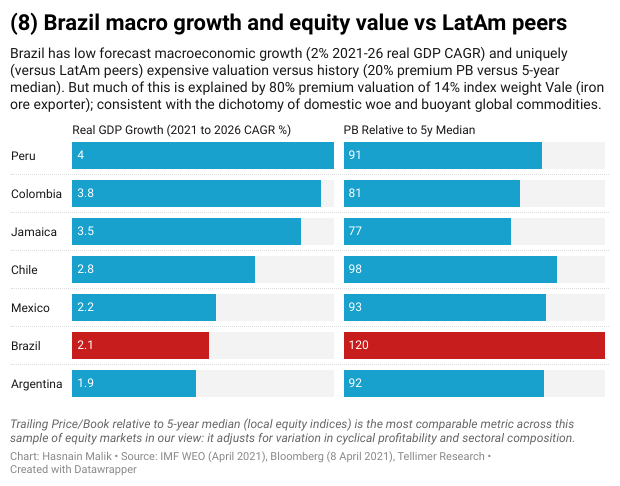 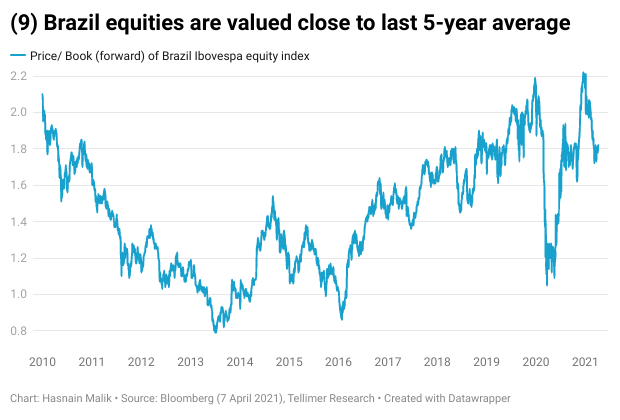 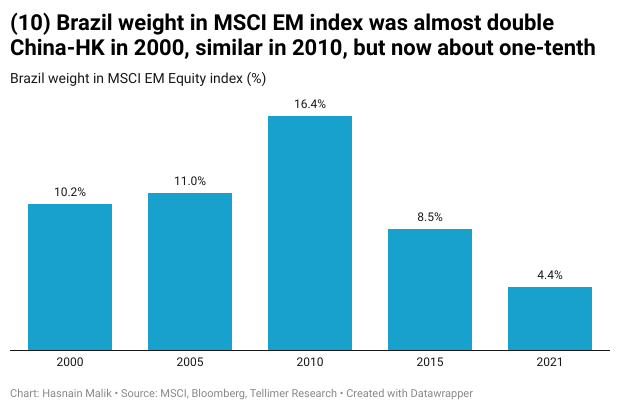 Brazil's Lula returns; 5 reasons why this should not be feared, March 2021

Brazil: Congress leaders save Bolsonaro from impeachment but may not help reform, February 2021