With the next election in Thailand likely before May 2023, a scion of the Shinawatra political dynasty and the Pheu Thai political party they dominate have taken large leads in the latest opinion polls.

This follows multiple attempts at no-confidence votes in parliament for the incumbent, military-backed Prime Minister Prayut Chan-o-cha, a comprehensive loss for the military-associated candidate in the Bangkok gubernatorial election in May, and the mass youth protests of recent years.

All of this suggests that should the government, which ultimately traces its mandate back to the military coup of 2014, stick to the electoral timetable, and the military play a more neutral role via its appointees in the upper house of parliament than in 2019, then a change in leadership may be on the way. 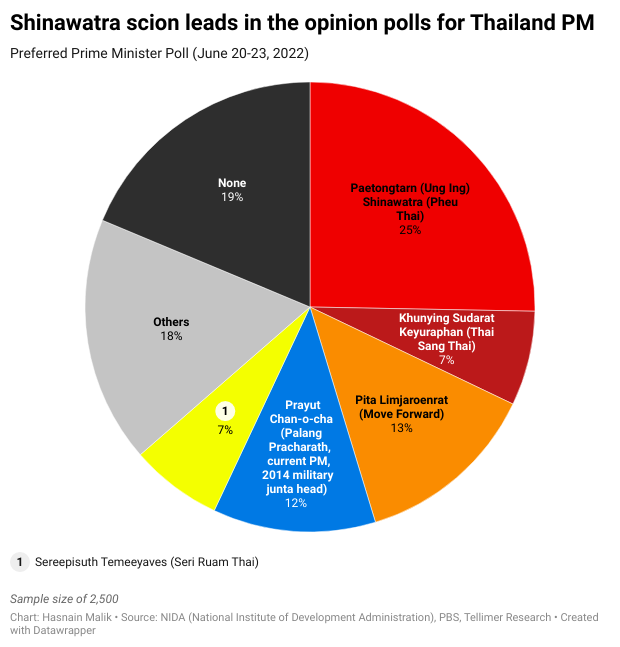 But, if the baton is passed, then it will be back to a historical rival of the military, the Shinawatra-led Pheu Thai party, rather than a party like Move Forward, which is arguably closer to the sentiments of the mass protesters seen in recent years.

The Shinawatras are hailed for their business-friendly policies by their supporters and reviled for their alleged corruption by opponents. Their Pheu Thai party is particularly strong in the north and north-east of Thailand. Relative to the military, which is closely aligned with the US, the Shinwatras are a little more open to China as well.

To the degree that they are likely more successful in driving domestic and foreign investment, a transition of power to the Shinawatras will be welcomed by the market.

But the same cannot be said of the youthful, mass protestors who have targeted the military, the elected government that took over from the military junta, and, occasionally, the monarchy, in recent years.

The key driver of the Thai equity investment case remains the global recovery in tourism. The sector drives over 10% of GDP directly, and adding the indirect contribution likely doubles this figure.

Leadership change on the way

Three events suggest that a change in leadership in Thailand is on the way but back to an old established rival of the military, rather than the party closest to the protest movement of recent years.

Next election likely before May 2023

The prime minister is chosen by the combination of the 250-member upper house of parliament (which is appointed entirely by the military and where each member formally has no party affiliation) and the 500-member lower house (which is elected). 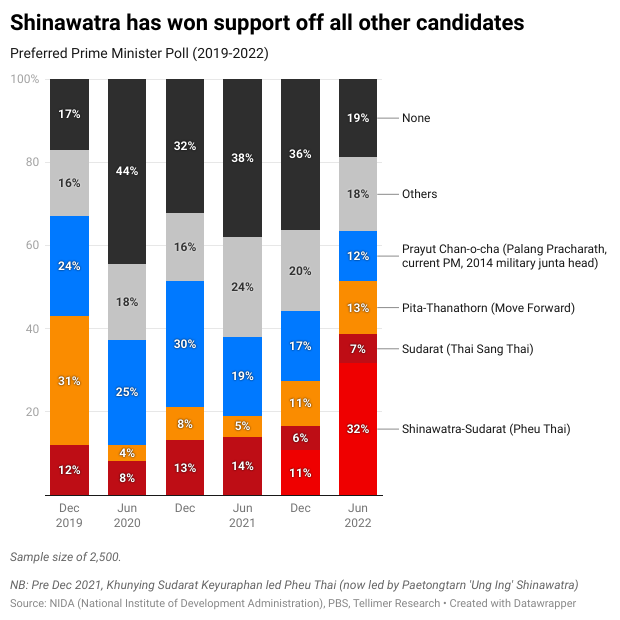 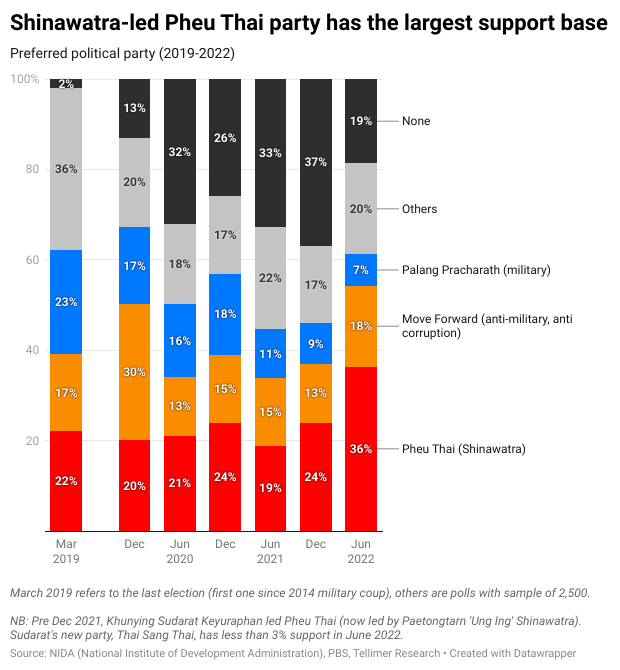 Thailand is the most liquid tourism play in EM and cheap relative to history, too

Thailand is the most liquidly traded top-down equity exposure to tourism available in emerging markets, with over 10% direct contribution to GDP from the sector, and average daily traded value (last six months) in the equity market of over US$2bn.

The market appears cheap, in terms of trailing PB relative to history, compared with peers in Asia EM and Tourism EM. 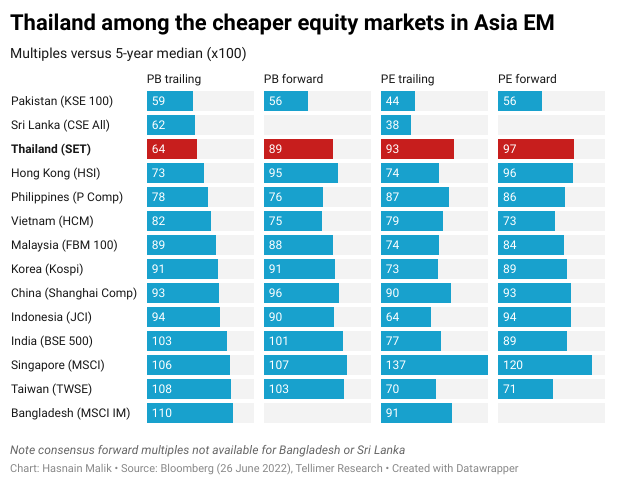 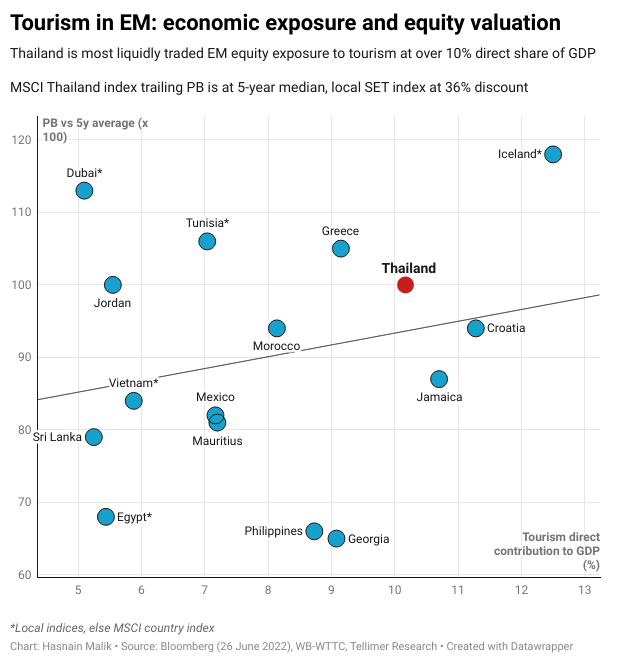