Saudi Aramco has delayed its IPO again, according to press reports. The impact on the timing of fees for the company's financial advisers is likely greater than on the timing and funding of the country's diversification ambitions.

The funding for those ambitions remains primarily from the government's dividends from Aramco as opposed to the sale of a small percentage stake in Aramco. Dividends in the first-half of 2019 alone are larger than the potential proceeds from a 2% IPO (even at a US$2tn valuation).

We prefer Saudi to the other large GCC oil exporters but, for us, it (and the GCC) ranks relatively low in the wider emerging and frontier universe.

Below we briefly consider the risks, which any valuation of Aramco should reflect, the importance of the IPO to Vision 2030 and the position of Saudi in emerging and frontier portfolios. 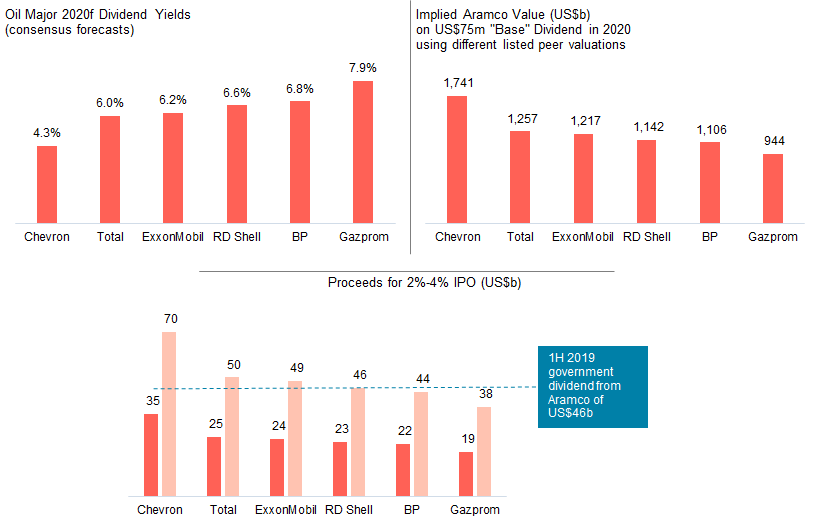 Aramco is the largest and lowest cost producer of oil, and the scale of spare capacity still makes it uniquely strategic in the global oil market. However, the risks associated with Aramco equity investment case are multiple: Some are generic to the entire oil major sector, some are generic to state-owned oil companies and some are unique.

These risks, of course, do not prevent a listing of Aramco’s shares, but they do impact the valuation that active institutional investors, who under no compulsion to invest, are prepared to pay.

Aramco IPO is a one part, not the central piece, of Saudi’s non-oil diversification

The transaction is important for Saudi because it will provide capital to invest in the diversification plans laid out in Vision 2030. But this should be put into context: Even if the proceeds of the listing amount to as much as US$20-40bn (ie based on a 2% stake at a US$1-2tn valuation range), it is unlikely that this would immediately be invested in diversification projects. Furthermore, the cash flow required from investment in diversification is still likely to be sourced mainly from the government’s dividend from Aramco (which totaled US$46.4bn in H1 19 alone, split between a US$26.4bn “ordinary” dividend (flat yoy) and a US$20bn “special” dividend (a 233% increase yoy). In other words, we do not believe that any diversification project will be held up specifically because the Aramco IPO is delayed.

The delay may also, albeit temporarily, reverse some of the effects of such a large transaction on the local equity market and banking system.

We prefer Saudi to the other large GCC oil exporters but, for us, it ranks relatively lowly in the wider emerging and frontier universe. Local consumer confidence is recovering, the social liberalisation and legal reforms necessary to enable non-oil diversification (eg in entertainment and tourism) are proceeding, and price/book valuation of the Tadawul index is a few percent below the 5-year median.

This is enough for us to prefer, within the GCC, Saudi over Abu Dhabi, Kuwait and Qatar, which are all more expensive (relative to history). In the cases of Abu Dhabi and Qatar, they have less low-hanging fruit from non-oil diversification, and in the case of Kuwait, it has less political will for non-oil diversification. But relative to the broader emerging and frontier universe, Saudi (and the GCC) ranks fairly lowly. Passive funds inflow related to EM index inclusion are fading, oil price remains subdued, Saudi output remains restrained (to meet OPEC Plus targets), security risks have increased (both for the broader region and for core Saudi oil assets), the US rate cycle is no longer providing a tailwind for Saudi bank earnings (geared to investment in government securities), and FX rate pressures are not acute enough elsewhere in emerging and frontier markets to push portfolios towards US$-pegged markets. 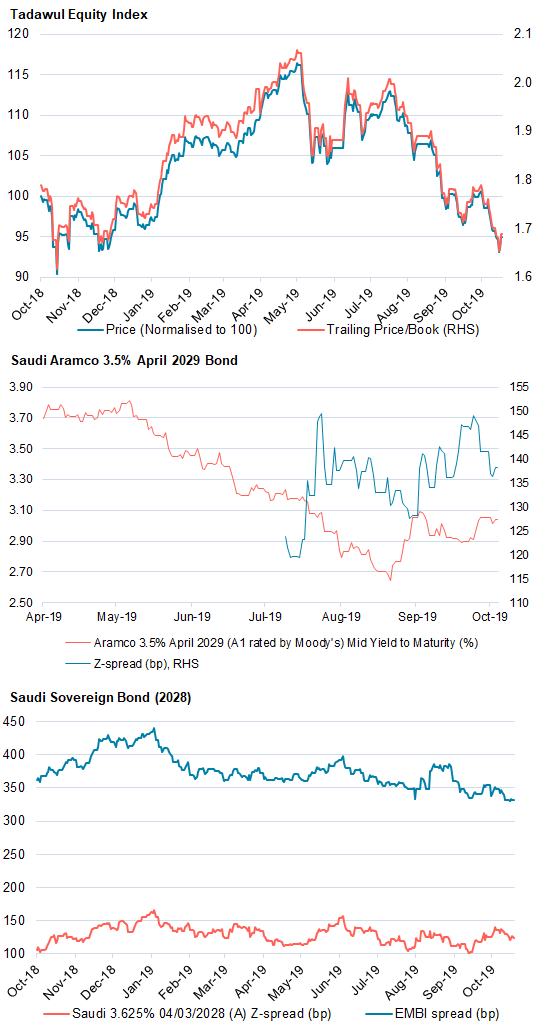 Screen of Saudi stocks for liquidity, performance and valuation 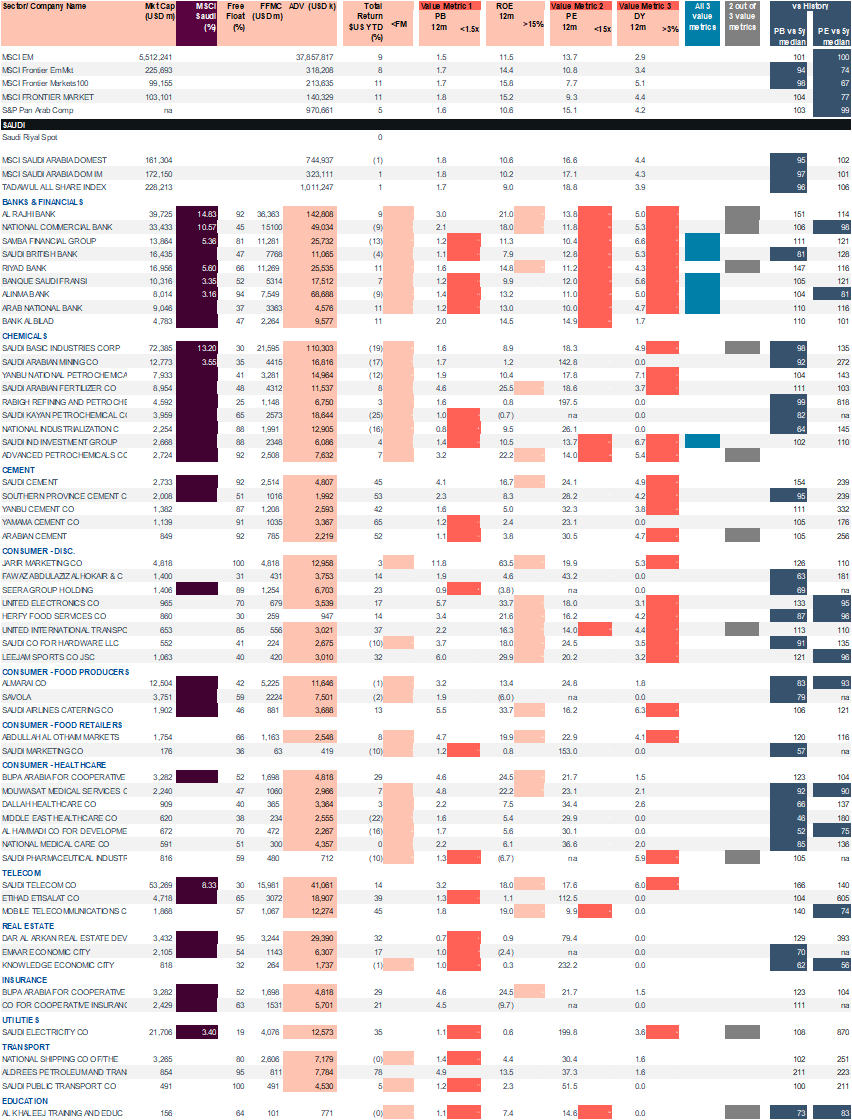