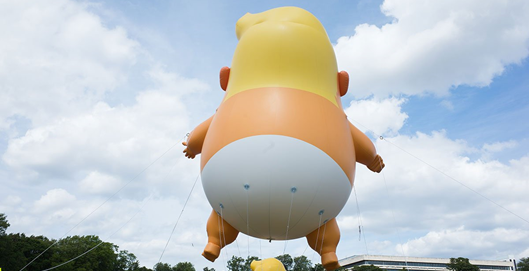 Departure from the established norms of international dialogue and diplomacy

The Trump presidency has ushered in a diplomatic style that breaks from the past. Changes include:

This change in style has been on display in dealings with long-standing allies (eg NATO) as much as with less and non-aligned countries.

Trade liberalisation is no longer the default global aspiration

Since the early 1930s (following the Reciprocal Trade Agreements Act of 1934), the US has generally pursued trade liberalisation, whether via global (GATT, WTO), regional (NAFTA) or bilateral (eg Bahrain, Chile, Colombia, Jordan, Morocco, Oman, Peru, Singapore, South Korea) agreements. Trump has reversed this, not merely with China but to differing degrees with, for example, the EU and India. To the extent that trade, particularly the holy grail of job-creating manufacturing exports, is a key plank of a sustainable macroeconomic growth story, any moves by the largest economy in the world to regress free trade is a clear negative.

The China trade war and the US withdrawal from the Trans-Pacific Partnership (TPP) have damaged the growth prospects of emerging markets as a whole, because of the damage to global growth in general, which hurts manufacturing and commodity exporters. Those emerging markets that fill in some of the shortfall from China, eg Vietnam, carry the risk that it may only be a matter of time before the trade surplus they run with the US comes under scrutiny. Throughout its history, the US has oscillated between periods of foreign interventionism and isolationism. Under the “America First” banner, Trump seemingly tilted towards isolationism. But for a global power there are limits to how far both interventionism and isolation can go and Trump’s clarification in early 2018 that “America First does not mean America alone” would appear to reflect this.

The protectionist shift and the trade war with China, in particular, are not going away soon. Trump is not the only advocate of revisiting trade rules, particularly with China. Both the Republican (Cruz) and Democrat (Sanders) runners-up in the nomination process for 2016 supported reviewing trade rules. And, from the Chinese side, although Chinese exports to the US are much larger as a percentage of Chinese GDP (4% in 2018) compared with US exports to China as a percentage of US GDP (25bps in 2018), the Chinese likely bargain on the basis that they are able to withstand domestic political repercussions from the economic damage of the trade war more robustly than their democratically elected US counterparts. (See our report, Trade wars and the Emerging Markets impact - Identifying the winners and losers, 10 July 2019.)

Arguably one of the lasting parts of Trump’s legacy, which any new President would find hard to roll back, is the hit to US credibility when participating in multilateral negotiations. The exit from a raft of agreements has likely seen to this.

The US has withdrawn from: 1) the JCPOA (the Joint Comprehensive Plan of Action, also known as the Iran nuclear deal); 2) the Paris Climate Agreement; 3) Intermediate-range Nuclear Forces Treaty; 4) the North American Free Trade Agreement (NAFTA); and 5) the Trans-Pacific Partnership; as well as 6) the Transatlantic Trade and Investment Partnership discussions. It is likely that Iran is not alone in questioning whether the US signature on any future multilateral agreement is binding.

Global security and economic growth (or financial stabilisation) have generally benefited from multilateral agreements and organisations. However imperfect, a cooperative equilibrium among multiple players is usually more efficient than a non-cooperative one. Given that the US is the largest part of any multilateral setup, then its loss of credibility matters most. This is damaging for all economies, developed or emerging.

Chart: Emerging and Frontier markets’ export exposure to the US and China