Confidence in the Mauricio Macri government hit a new low in March, according to the latest release of the UTDT index last week. The measure fell 11% mom, reversing all of the gain in February. For six of the last seven months the index has been lower than the last score for the Cristina Fernandez de Kirchner government prior to the October 2015 election. This is not a surprise given the deterioration in all macroeconomic indicators.

Our view remains that austerity and broadly pro-market, IMF-aligned policies should survive the 27 October 2019 election, even if Macri is sacrificed (although his stated intention is to seek re-election, rather than handover to the likes of Vidal or Bullrich) and his Cambiemos coalition ends up embracing more moderate sections of the Peronist spectrum. Underpinning this view is the assumption that Fernandez contests the Presidential election, not an assumption that there is a material improvement in macroeconomic indicators before the October election (let alone the August primaries). In turn, this assumes the following:

Obviously, any change in these factors would cause us to revisit our pre-election view.

Argentina equities have round-tripped year-to-date, up almost 20% (in total US$ return terms) in January in line with LatAm peers and under-performing in February and March to give back all those gains, as lower rates for refinancing government debt, FX rate appreciation and better approval ratings for Macri have all reversed. MSCI Argentina is on trailing PB of 1.8x (with trailing ROE of 28%), a 10% discount to the 5-year median. Banco Macro and YPF (both of which have outperformed MSCI Argentina ytd) are two stocks which meet at least two of the following trailing valuation criteria: PB below 1.5x, PE below 15x and DY above 3%.

Top-down, Argentina remains the most geared market to global risk appetite (in turn, to US rate and US$ expectations) in our frontier and small emerging market equity coverage because its fundamental economic and FX rate outlook is so dependent on external debt refinancing and its equities are so easily accessible via ADRs and belong to LatAm, the oldest region of emerging market equities (both of these equity market characteristics mean that there is none of the friction involved when further flung, small emerging markets are revisited).

On a stand-alone basis, Argentina equities do not offer a compelling balance of risk and reward, but the relative decision for portfolio managers is more complicated.

For the Argentina equity investment case to work, top-down, we need to see the following factors:

We regard all of these as possible, but with high risk associated with most of them and extreme share price sensitivity to all of them; even for veteran frontier and small emerging market investors, Argentina positions will cause sleepless nights.

But the challenge for LatAm investors is that the outperforming markets ytd, Brazil (up 6%), Colombia (up 27%) and Peru (up 11%) are now valued on trailing PB 15%-35% above their respective 5y medians and each has its own material risk (pension reform and political division in Brazil, negative fiscal and security Venezuela spillover for Colombia and copper prices for Peru). And the other superficially "cheap" market in the region is Mexico (PB of 2.1x, a 20% discount to 5y median) but it also faces material risks to its outlook (fiscal trajectory, a tilt away from pro-business policies). The relative case for Argentina equities may be stronger for these regional investors than for those with a global opportunity set and, because LatAm-dedicated assets under management massively outweigh frontier-dedicated assets, that likely forces frontier portfolio managers to embrace Argentina more than they feel comfortable to do. 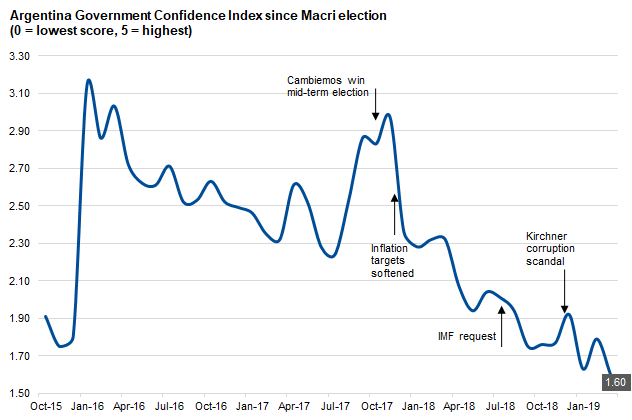 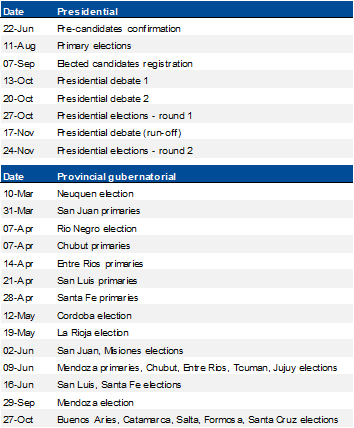 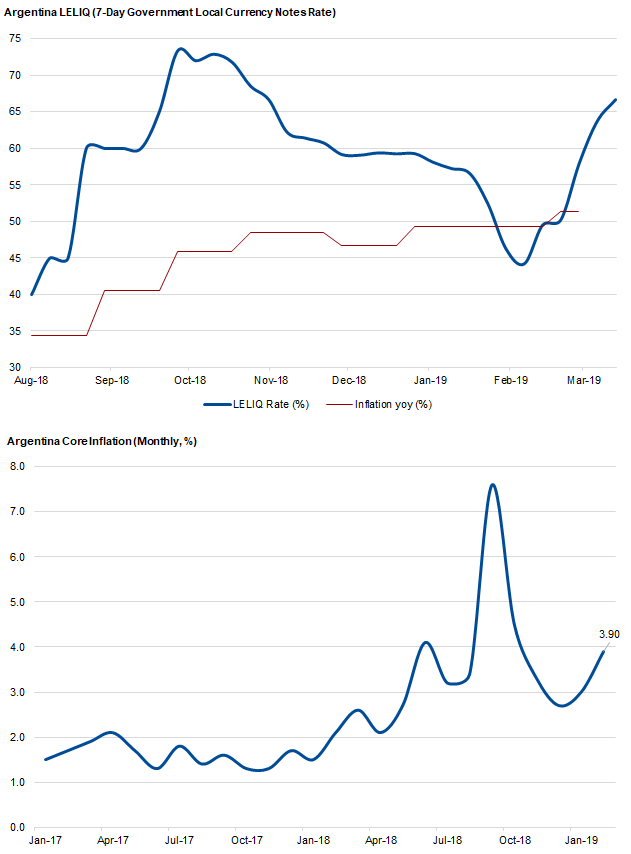 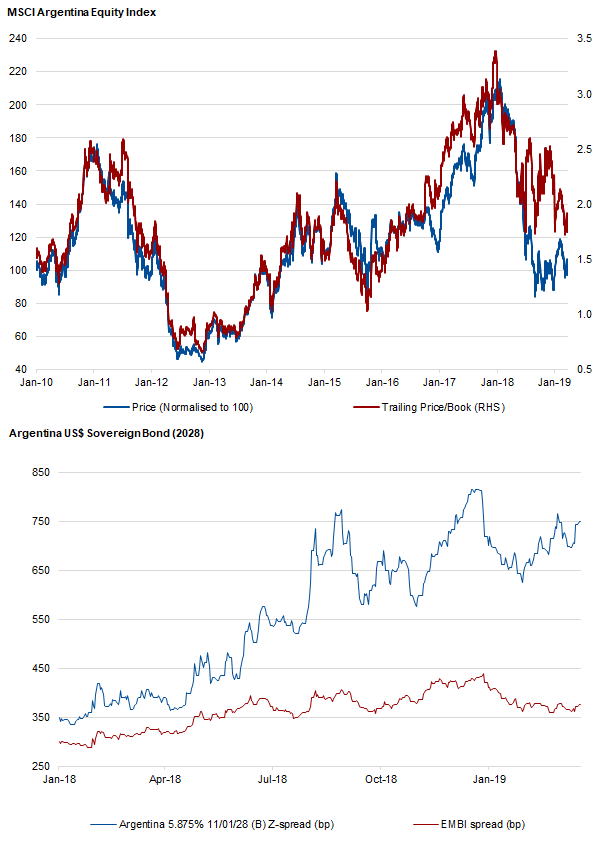