Why Pakistan's low financial inclusion is a huge opportunity for fintechs

Pakistan’s financial inclusion levels are poor relative to emerging market peers – around three-quarters of Pakistani adults do not have a bank account. In addition, most of the country’s c3.3mn SMEs (which contribute one-third to GDP) are excluded from accessing formal credit lines. Furthermore, Pakistan’s currency in circulation is equivalent to c15% of GDP, one of the highest ratios in emerging markets, signifying that it remains a heavily cash-based economy. The financial services sector therefore appears ripe for disruption.

With mobile phone penetration standing at 85%, fintechs have a clear mechanism with which to reach financially excluded individuals and businesses. Although internet penetration remains poor, it is improving rapidly (34% of the population in 2020 vs 22% in 2018) and the pandemic-related lockdowns are accelerating digital adoption in the country.

Four reasons why Pakistan represents a huge opportunity for fintechs

1. The fintech ecosystem is less developed than its peers

Despite its huge potential, Pakistan’s fintech ecosystem is very underdeveloped, with only about 45 fintechs in operation, compared to double this figure in Vietnam, which has half its population. Also, the fintech landscape is payments-dominated – 40% of fintechs are focused on payment, versus c30% in Nigeria and Vietnam.

2. The fintech product mix is dominated by payments providers

Pakistan has about 18 payments-focused fintechs, accounting for 40% of the total universe, higher than the 32% average for EM peers. A higher concentration of payments indicates a relatively young fintech ecosystem, in our view, as payments are generally the first target of digital disruption, followed by lending and insurance.

Telenor and Ant Group-owned EasyPaisa was the first, and remains the largest, digital payments provider in Pakistan; it was founded almost 12 years ago. The firm led the development of peer-to-peer payments in the country, initially via agent-based transactions, though most transactions have now shifted to its mobile wallet. 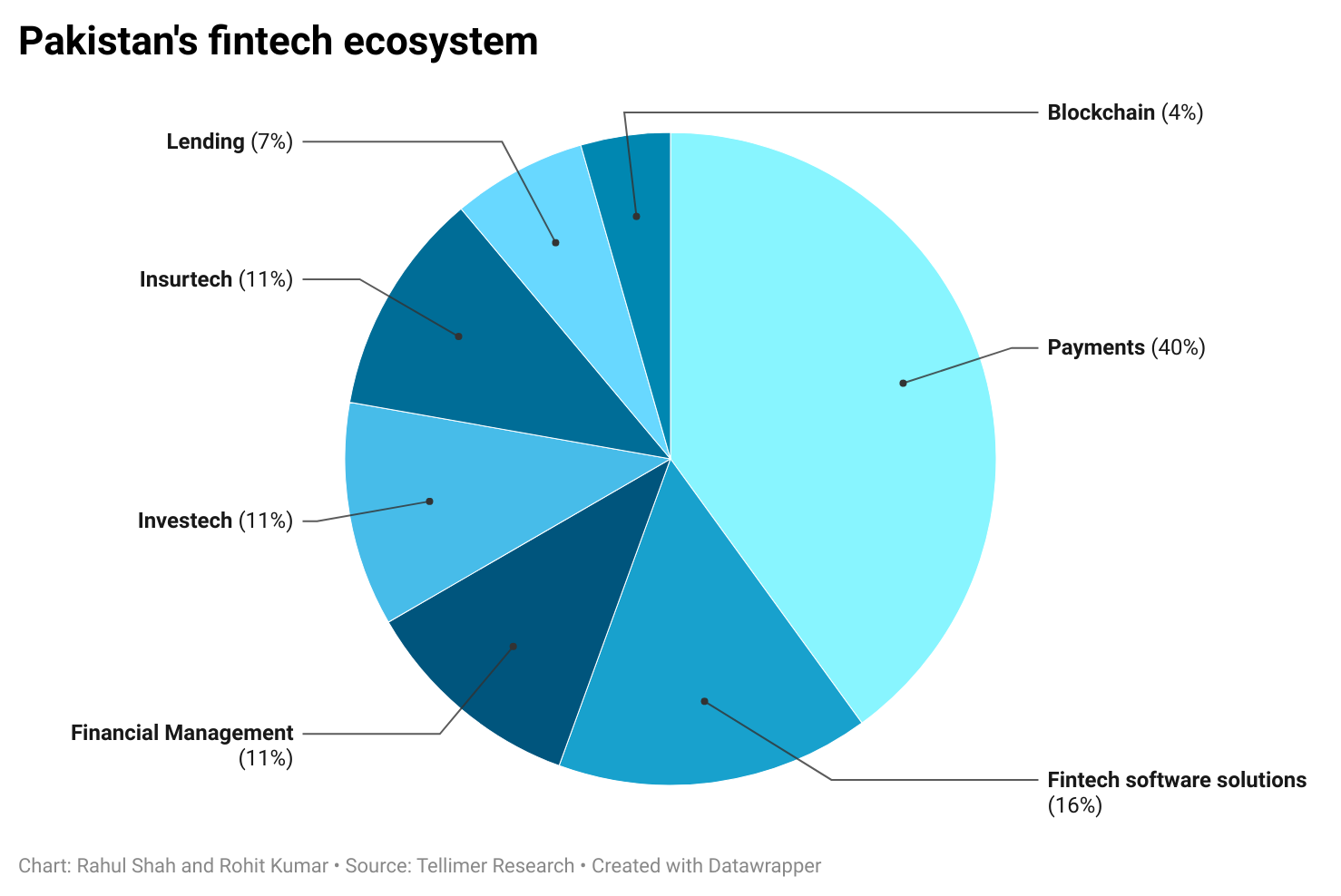 There were only five fintech funding deals in Pakistan in 2020 amounting to US$10mn. This is significantly below the experience in other countries like Vietnam (US$435mn) and Nigeria (US$89mn). Also, 90% of the funding flows (ie, US$9mn) went to one company, Finja. Nonetheless, the funding situation appears to be improving, with some large-scale fintech funding rounds in 2021 so far; in March, SadaPay raised US$7.2mn, while CreditBook mobilised US$1.5mn in May. Also, Safepay received an undisclosed funding amount from Stripe in February. 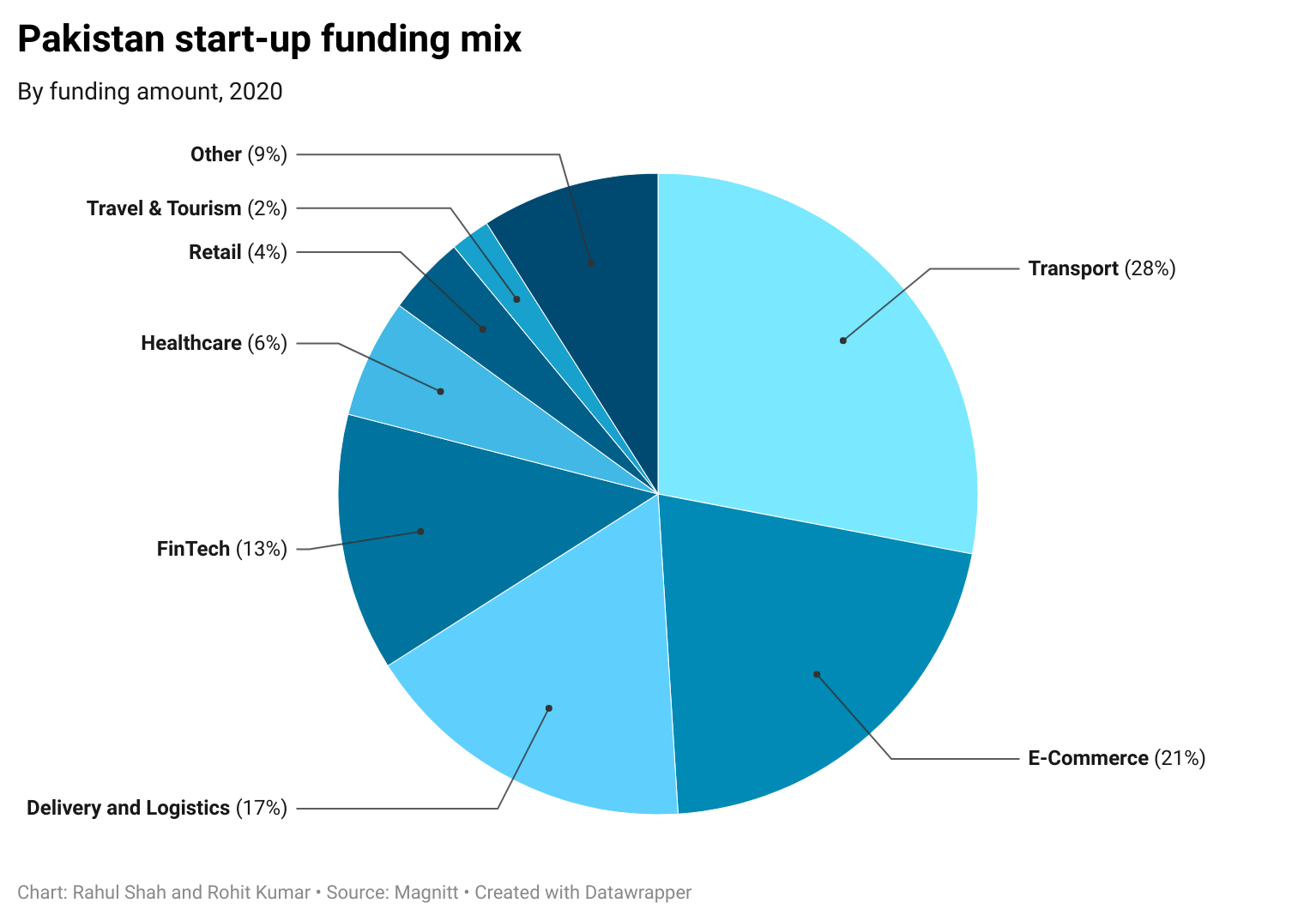 4. The payments sector is growing at a strong pace 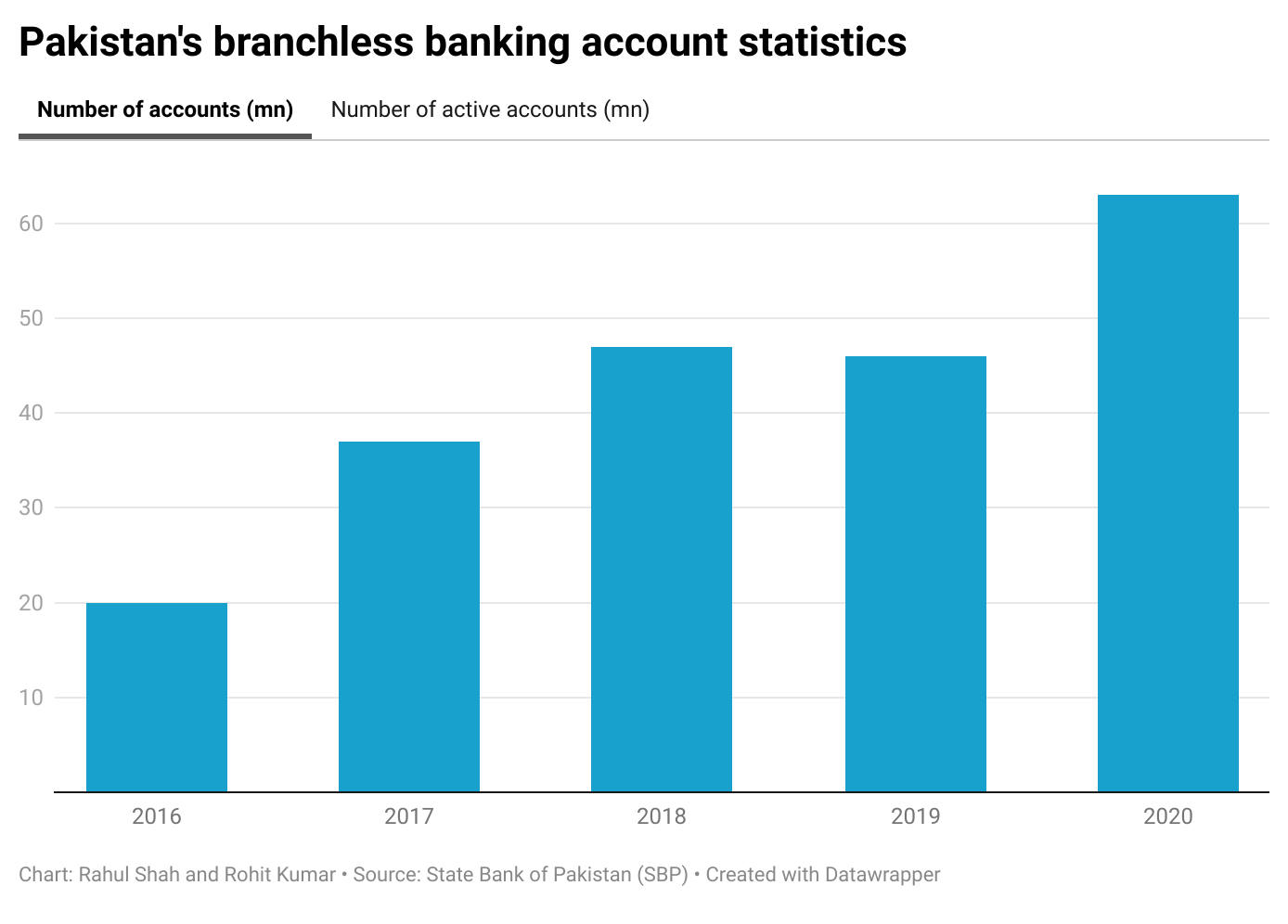 Another noticeable trend has been a shift in the preference of branchless banking customers from agent-based (ie over-the-counter) transactions to those using mobile wallets. Digital financial services, like mobile wallets, can provide individuals with convenient, affordable and secure payments, and savings opportunities. The value of mobile wallet transactions has increased almost 9-fold over the last five years, and now account for over 90% of transactions on digital payments platforms, compared to 40% in 2016.

Acknowledgements: We would like to thank Rabail Adwani for his assistance with this report.

The ultimate guide to Pakistan fintech