Only around 70% of adults in developing countries have bank accounts compared with over 95% in developed countries. In addition, low-income countries have a much lower banking penetration rate, of just c25%.

Banking access is growing in emerging markets (up by over 60% in the past decade) but there are still some key sticking points limiting mass access to this basic necessity. 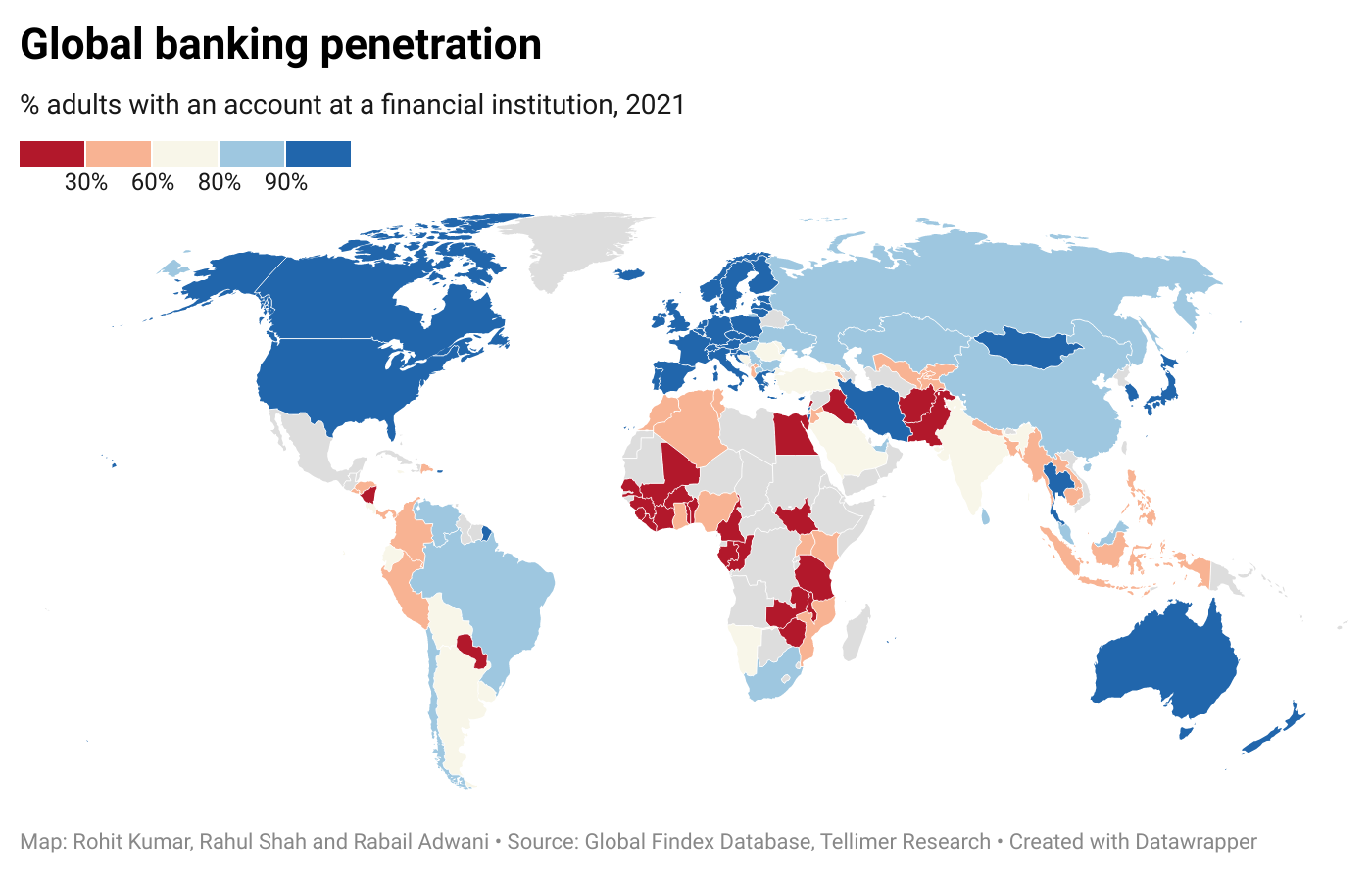 As per the World Bank’s Global Findex Database, the major issue holding back individuals in most emerging markets from opening a bank account is their financial condition – they simply do not have enough funds to require a bank account.

The second most important factor is the cost of financial services – consumers (especially in countries such as Brazil and Colombia) find them unaffordable. Religious sensitivities, meanwhile, are among the least quoted reasons for low banking penetration, but still impacts some markets, eg Morocco and the UAE. 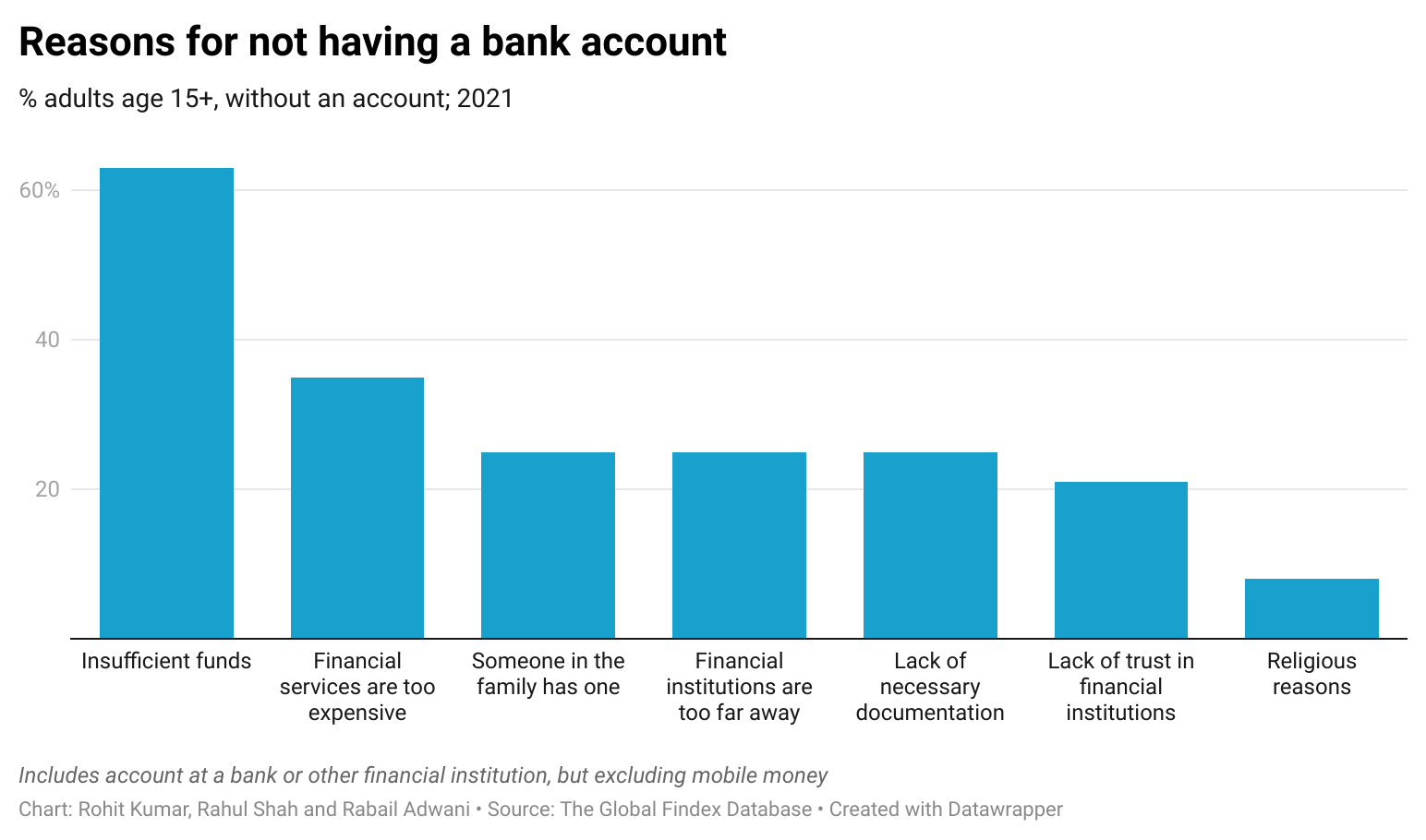 The top three reasons for not having a bank account

The major reason emerging markets citizens do not have bank accounts is that their financial position doesn’t necessitate them to open one. Affected markets include Cambodia and Egypt, where c90% of adults who do not have an account mentioned lack of funds as a reason.

As income levels increase in emerging markets, financial inclusion should also rise, but mobile money providers may better capture this opportunity than traditional banks due to their greater focus on this untapped segment.

Our survey of financial sector consumers indicates that they are very price-sensitive, and Global Findex data suggests the same. Banks tend to charge high fees for many products (eg international remittances), which is why consumers, in markets such as Brazil and Colombia, are reluctant to use banks.

Again, fintechs are better in terms of pricing than traditional banks, so have the scope to cater to this potential customer base.

This is the major reason behind financial exclusion in Malaysia and Saudi Arabia. The participation of women in the formal economy is low in many emerging markets, and they often rely on other members of the family for their financial needs, including banking transactions.

Also, many students in EMs use their family members’ accounts rather than opening their own. We think, as financial awareness grows, each individual will likely require an account with a financial institution or a mobile money provider in the future. 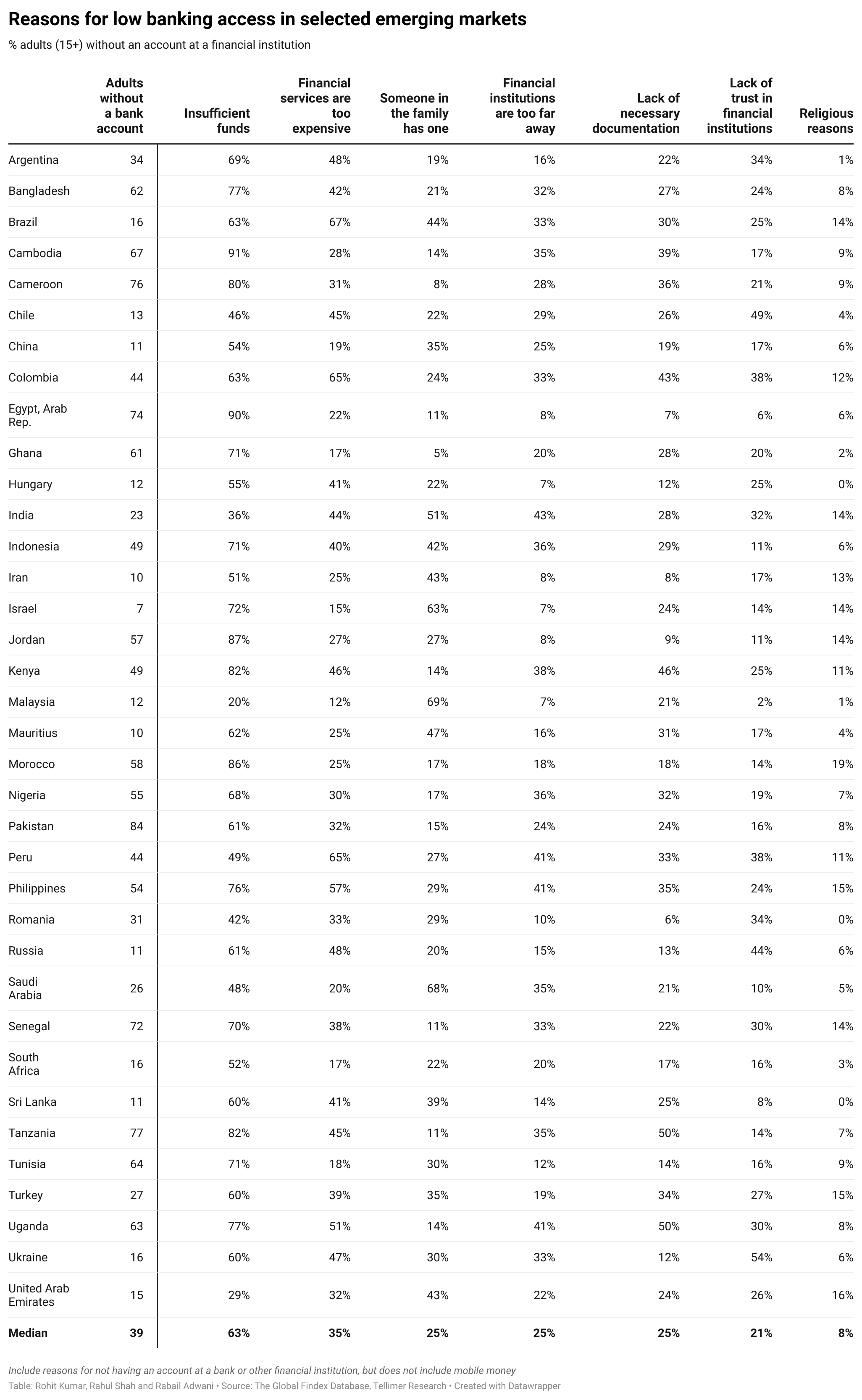