Want a preview of the future of Covid? Go watch football in Africa!

Sadly, I will not be going to the Africa Cup of Nations to support my favourite African team, the Nigerian Super Eagles, and my favourite underdogs, the Malawian Flames, but that isn’t because of Covid – just the rather more prosaic reality that neither my family nor my colleagues would be particularly impressed if I disappeared to Cameroon to spend a month watching football. Instead, I’ll be eating jollof rice and cheering the Super Eagles from a Nigerian restaurant in Tottenham and wishing that I had the flexibility to be in Garoua.

Many of those worries from a year ago played out as expected. Africa is last in line for vaccinations, with a tiny percentage of the continent double jabbed (2.55% in Cameroon), let alone boosted. And, as we saw with Beta and have seen once again with Omicron, inadequate treatment and prolonged illness have led to new variants developing in Africa, although Africa is by no means the only place from which new variants emerge. It now is clear that Dr Matshidiso Moeti, the WHO Regional Director for Africa, was right that Covid would “smoulder [and remain] a fixture in our lives [in Africa] for the next several years.”

Figure 1: As I expected at the beginning of 2022, vaccine colonialism means that Africa is the global vaccination laggard 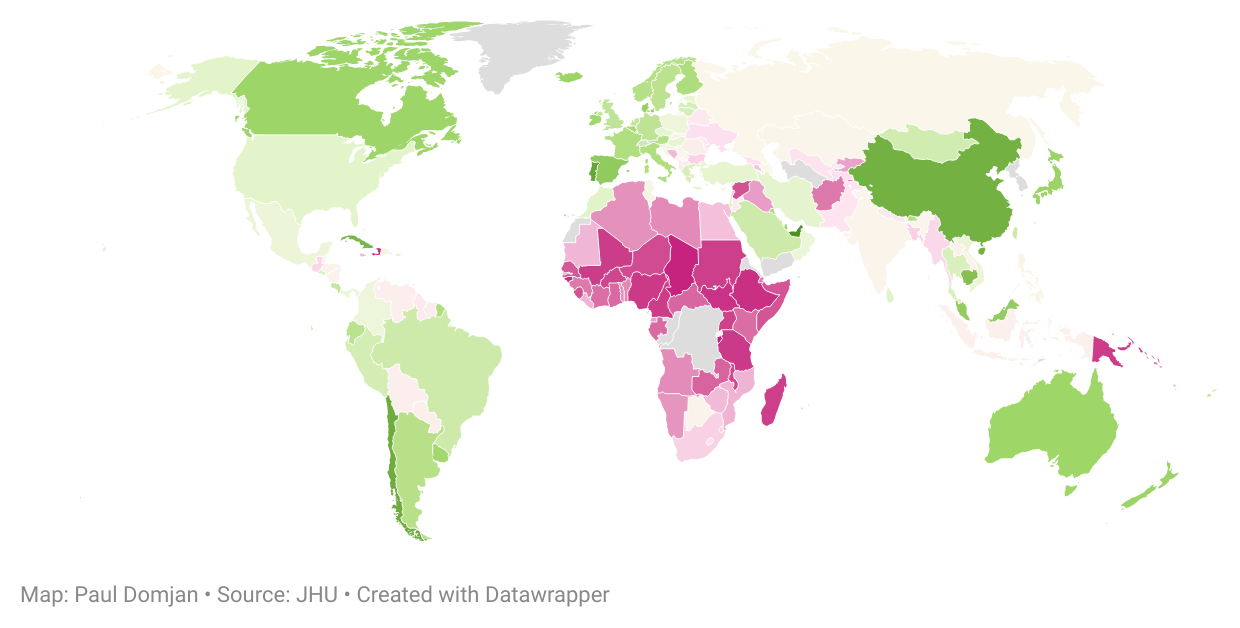 However, I, and perhaps also Dr Moeti, was wrong to think that the Covid would be beaten by widespread vaccination in the developed world. Instead, most of the world is in the predicament in which I had expected Africa to find itself. Covid is now going to be a feature of our lives for many years to come, smouldering along with many other endemic diseases.

By July 2021, it was clear to me that there would never be a post-Covid world and that what mattered now was the narrative: how societies would choose to live with Covid, just as we live with AIDS.

Omicron has now driven that point home much faster than I could ever have expected. Caseloads are spiking higher, but then peaking quickly, as seen in South Africa and London, one of Omicron’s first beachheads in Europe. Although this may change as a larger share of the elderly contract Omicron, levels of hospitalisation are low and complications are rare, especially among the vaccinated and boosted. 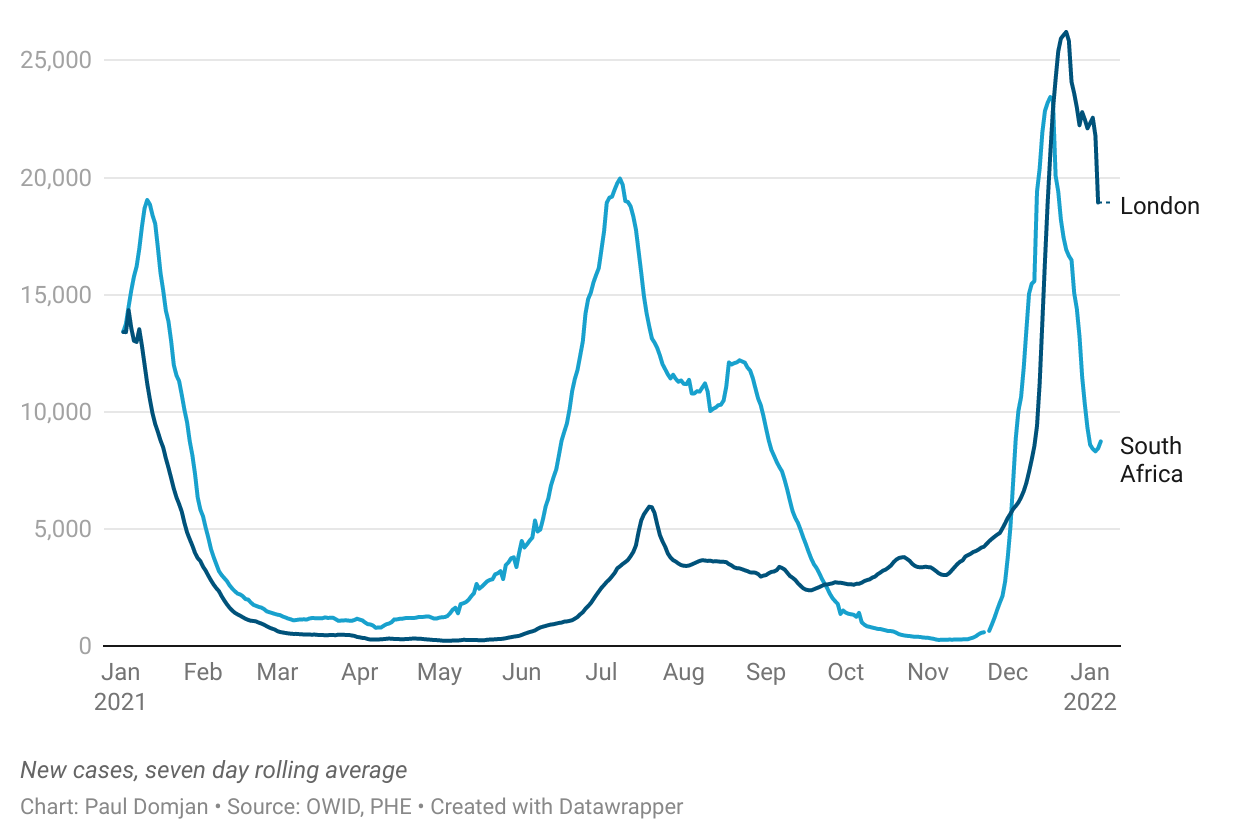 Figure 3: London's experience suggests that Omicron may have a smaller medical impact than other variants 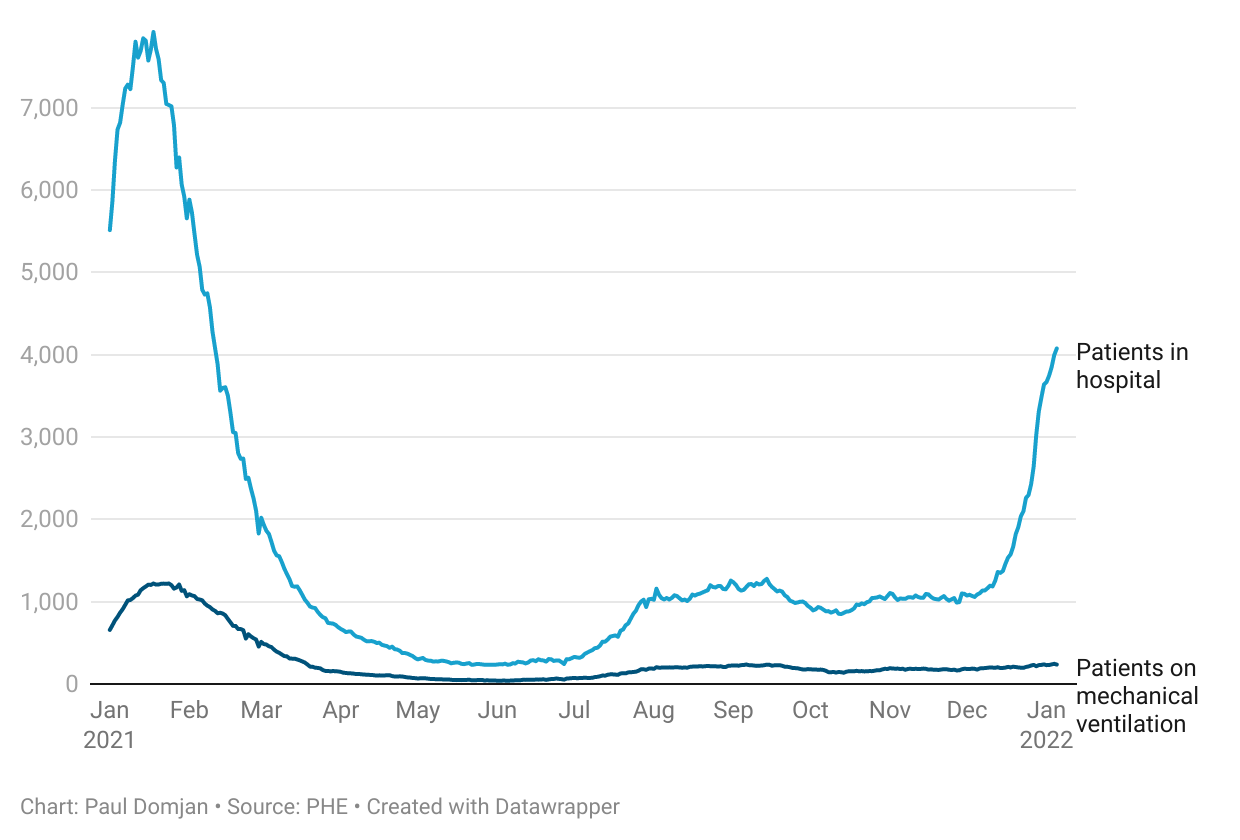 Omicron’s high transmissibility has even penetrated China’s extreme defences. Others that had pursued Covid Zero, like Australia, have accepted that their strategy, and their narrative of success, must change.

Figure 4: China is seeking to eliminate Omicron, while Australia has accepted the inevitability of a different approach 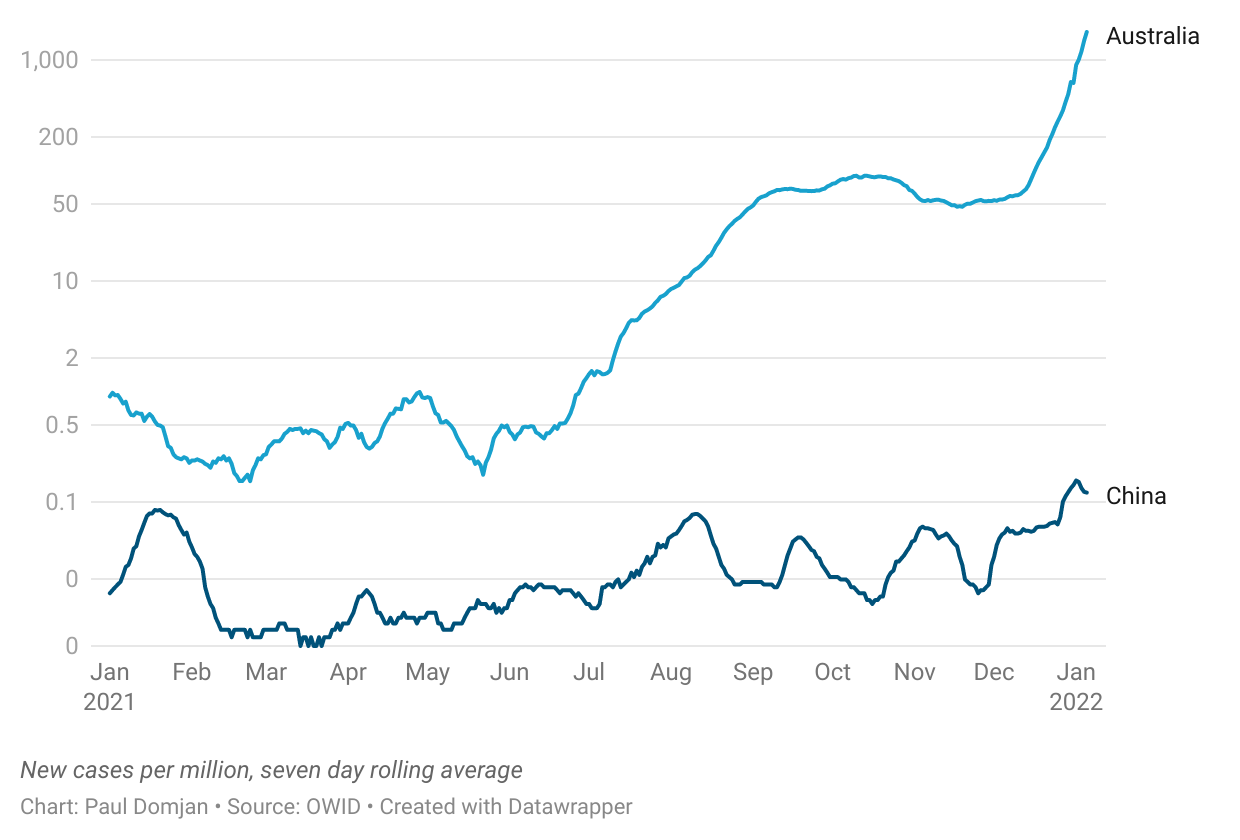 All of which brings me to the Africa Cup of Nations. After being shifted to Egypt because of insufficient preparation and then postponed because of Covid, Cameroon is finally hosting the tournament. In December, the European Club Association threatened not to release players over health protocol concerns, and some European fans are angry to see their stars set off for Africa in the midst of Covid. However, these protests feel, as Ian Wright and Patrick Viera have argued, tinged with disrespect and racism – certainly the European Championships and Copa America did not encounter such resistance last summer, nor is the World Cup likely to in November.

And the Euros and Copa America perhaps deserved the concern more than the Cup of Nations does. In the summer of 2021, it was still unclear how the Delta variant, which had only been named at the end of May and appeared both more severe and more contagious, would impact society, and vaccinations were only beginning to be rolled out at scale in many countries. Moreover, the Euros would take place across 10 countries with extensive travel required. It was far from clear what would happen with Covid when these matches began.

With the Africa Cup of Nations, however, the impact of Covid appears very clear. Many players, staff and officials will get Omicron. Most of these cases will be no worse than a common cold, if they are symptomatic at all, and will only be detected because of the tournament’s testing regime. Although stadiums will only be 60-80% full, and fans will be required to show proof of vaccination or a negative test, the tournament will surely be immersed in Omicron: in the stands, in the hotels and restaurants and on the street. Nevertheless, Africa will do what it does best and find a way to make things work. Maybe asymptomatic, but positive players will be confined to their rooms, but I suspect that many of them will make it onto the pitch and, if they do, the tournament will be better for them being there. It will be a chaotic, yet glorious, event. After all, as every Spurs fan knows, the game is about glory.

Sub-Saharan Africa is perhaps better at chaotic, yet glorious, than anywhere else I have ever lived or visited, but to succeed in the Covid world, we are all going to need to get better at finding glory amid chaos and unpredictability.

If the Cup of Nations is the epitome of chaotic, yet glorious, the Beijing Winter Olympics are likely to be the point farthest from that. Rather, everything will be tightly controlled, with athletes and staff kept in a closed loop with daily PCR tests and no contact with the wider Chinese population. Chinese staff will not be allowed to return home during the Olympics and will need to follow a similar quarantine protocol to those arriving in China from abroad when they do so.

Nonetheless, it’s hard to imagine Covid not playing a role in the games, and potentially a very disruptive one. Winter sports, especially indoor winter sports, are notorious for transmission of colds and flu. Will the Super Eagles be more at risk living mostly outdoors in Garoua than the athletes of Nigeria’s remarkable Bobsled and Skeleton Federation will be indoors in Beijing and Yanqing? Probably, but it’s a reasonable question to ask. Throughout the pandemic, many admired China’s ability to eliminate Covid. Now that Covid’s spread is inevitable, it’s time to admire countries, like Cameroon, that are able to move on despite it.