Venezuela-US: Sanctions to remain despite hope of dialogue

One leader who may wish to take advantage of the opportunity provided by a Biden presidency to re-set relations is Venezuela's President Maduro. Maduro got off the mark quickly, stating earlier this week that he would seek to establish a dialogue with President-elect Biden. However, if he thinks he can breathe more easily with the election in the US of a like-minded socialist leader, amid a leftist wave in the Western Hemisphere, he may be mistaken.

Venezuela has fallen off the radar somewhat amid the global pandemic but the situation remains desperate. The latest IMF WEO projects another steep fall in Venezuela's real GDP this year, by 25% (after a 35% fall in 2019), with annual inflation of 6,500%, due to international sanctions, limited financing options and mismanagement. Indeed, real GDP has been contracting every year since 2014 and, amid hyperinflation, the economy is now 19% of the size it was in 2013 when Maduro took over. Nominal GDP in US$ terms is projected at less than US$50bn this year, smaller than Ghana's. Public debt rose to 233% of GDP last year, the third highest in the world.

We doubt, however, that Biden's arrival provides much optimism over a new era of US-Venezuela relations, as some consider that he will ease the US’s tough position under Trump and seek to negotiate with Maduro, because the existing sanctions haven’t achieved what they were intended to, rather than retain Trump’s hard line against the Maduro regime.

Of course, dialogue is good, but it is not clear what this will achieve. The international community demands that Maduro holds free and fair elections. As far as we know, and unless Biden brings a different view, the international position remains unchanged – that Maduro's government is not internationally recognised and that the US-backed interim president, Juan Guaido, is the country's rightful leader. But Maduro seems no more likely to concede to new elections with Biden in office than before and regime change still seems to hinge on the support of the military and his small number of foreign backers. However, if Maduro can get assurances and guarantees over immunity, could he be persuaded to step down?

Biden is also constrained by what he can do with a (probably) Republican-controlled Senate and the nature of the staunchly anti-Maduro Venezuelan American community in the key swing state of Florida. As my colleague Paul Domjan wrote, if Biden hopes to win in 2024 or anoint a successor who will carry the Democrats to victory, Biden's only option is to show that he can be as tough on Venezuelan socialism (and Cuban communism) as Trump was.

Hence, we think Biden is unlikely to be able to ease sanctions meaningfully, even if he wanted to do so. We expect he may push for humanitarian aid, and could make some small modifications to the sanctions regime, but the key restrictions – on Venezuelan oil – will likely remain. This has led to a collapse in Venezuela's oil exports, recently falling to a 70-year (if not all-time) low, and depriving the country of its main source of foreign currency revenues. 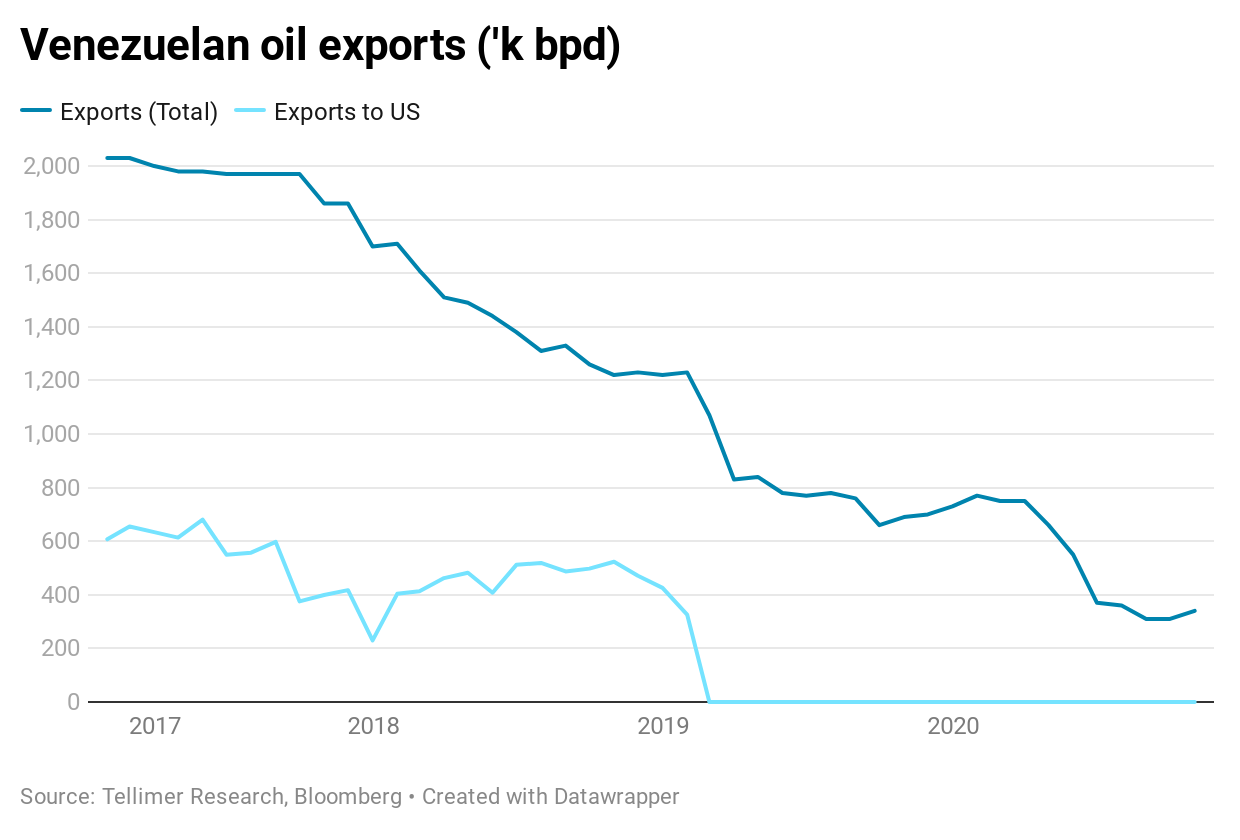 Biden has also promised to give Temporary Protected Status (TPS) to Venezuelans living in the US illegally. His tone should also change compared with Trump's vitriolic remarks, which have not excluded the use of military force. But this is all window dressing compared with the substance.

Investors, too, remain cautious. The bonds haven't popped in reaction to the (hoped for) prospects of a more conciliatory White House. 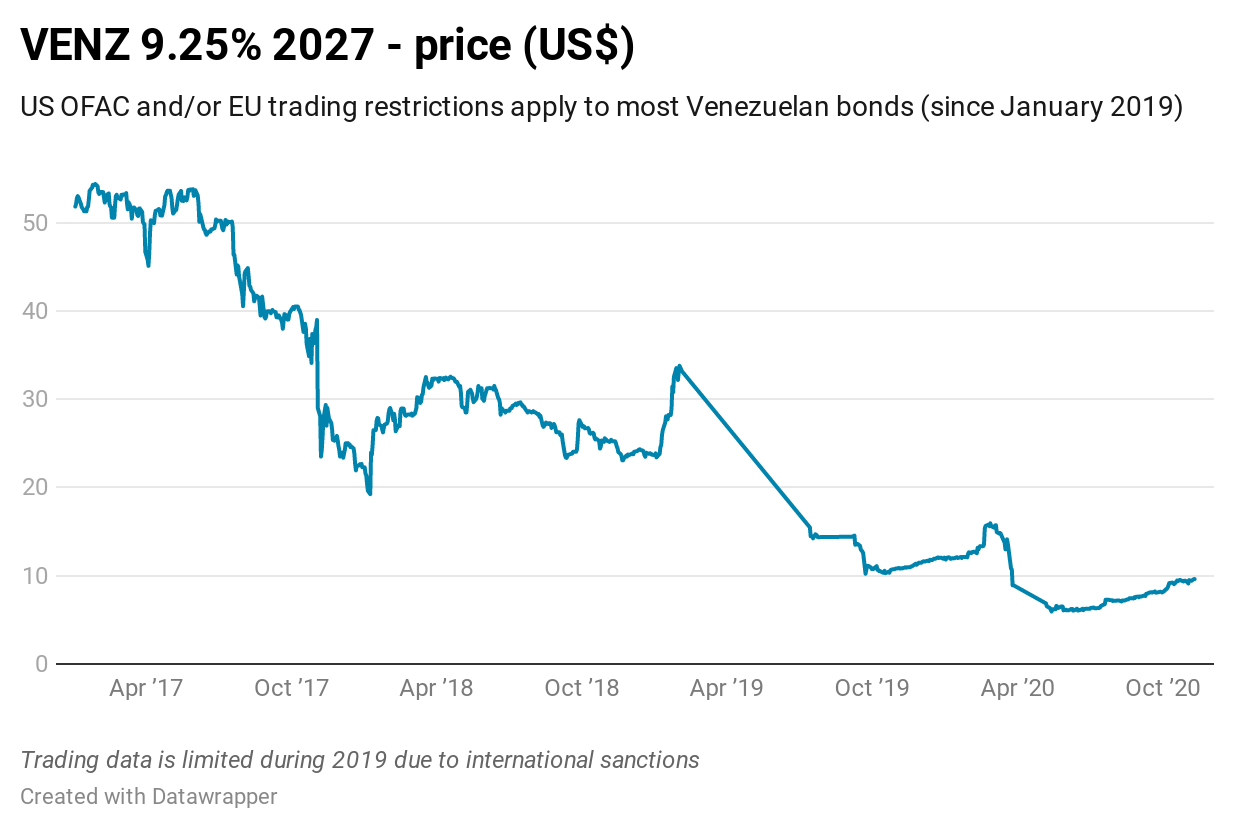 The irony is that, while Maduro lauded Biden's success as reflecting the US mood for change, this is not something he is willing to give his own people.