US foreign policy could get very bad very quickly

Despite his ample foreign policy experience, as Vice-President, Chair of the Senate Foreign Relations Committee and a leading force behind US policy towards the former Yugoslavia, Joe Biden’s foreign policy has been limited, reactive and appears likely to get worse. Although he apparently felt compelled by public opinion to withdraw from Afghanistan, the chaos of the withdrawal and rapid fall to the Taliban were a fiasco that badly damaged his popularity. Many commentators suggested that the Afghan national army would have been able to hold out if Biden had waited to withdraw until winter, when military campaigning is much more difficult for the Taliban, rather than insisting on withdrawing by the 20th anniversary of 9/11.

Past experience suggests that Biden will shift his focus from domestic to foreign policy when the Democrats lose control of Congress at the mid-term elections and domestic policy becomes even more difficult (see our companion report next weekend). Not only can the President conduct foreign policy short of war without needing Congressional authorisation, but Biden already has an eye on the history books. Although there is ample scope for productive US foreign policy engagement, from strengthening global climate policy to containing China by building on his Summit for Democracy, the next foreign policy challenge is likely to be countering Russian aggression in Ukraine, where the US has not had an ambassador since 2019.

Biden’s recent comments on Ukraine may be honest, but they risk giving Russia permission to begin a war in Europe. In a press conference on 19 January to mark his first year in office, Biden indicated that:

Biden’s thinking on European energy security is fallacious on at least two counts. Russia is a single dominant supplier to many countries, and the European gas transportation network, even before the commissioning of Nord Stream 2, allows Russia to target gas supplies to its allies and cut them off to its adversaries. Biden thinks that developing a NATO consensus to respond to a Russian invasion will be hard, and he’s right, especially with Russian allies like Hungary and Turkey in NATO. Developing a European consensus to punish Russia by restricting gas imports will be orders of magnitude harder.

Figure 1: Russia has many gas routes into Europe that bypass Ukraine 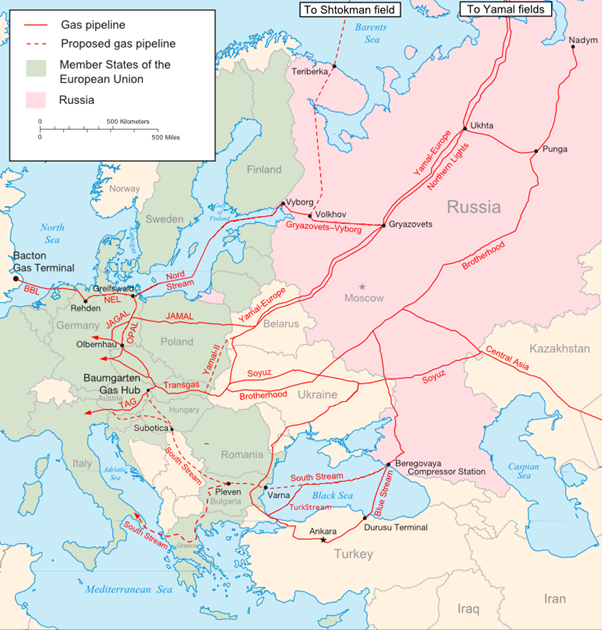 The second reason that Biden’s thinking is sloppy shows why this is so difficult. Not only is there a coordination problem, but money is much more fungible across time than gas. Russia can rely on its reserves, or restrict imports, if European gas revenue falls. Indeed, this is easy for an authoritarian country like Russia. However, the gas that Germans burn in their stoves and boilers leaves Russia only a few days earlier. European storage is limited, storage levels are already low and a meaningful chunk of Europe’s storage is in Hungary, which can be expected to side with Russia. The social impact and political backlash from gas disruptions would be a far greater problem for European politicians than any fallout from a Russian invasion of Ukraine.

Figure 2: European gas storage is limited, inventories are far from full, and Hungary has the sixth largest stores 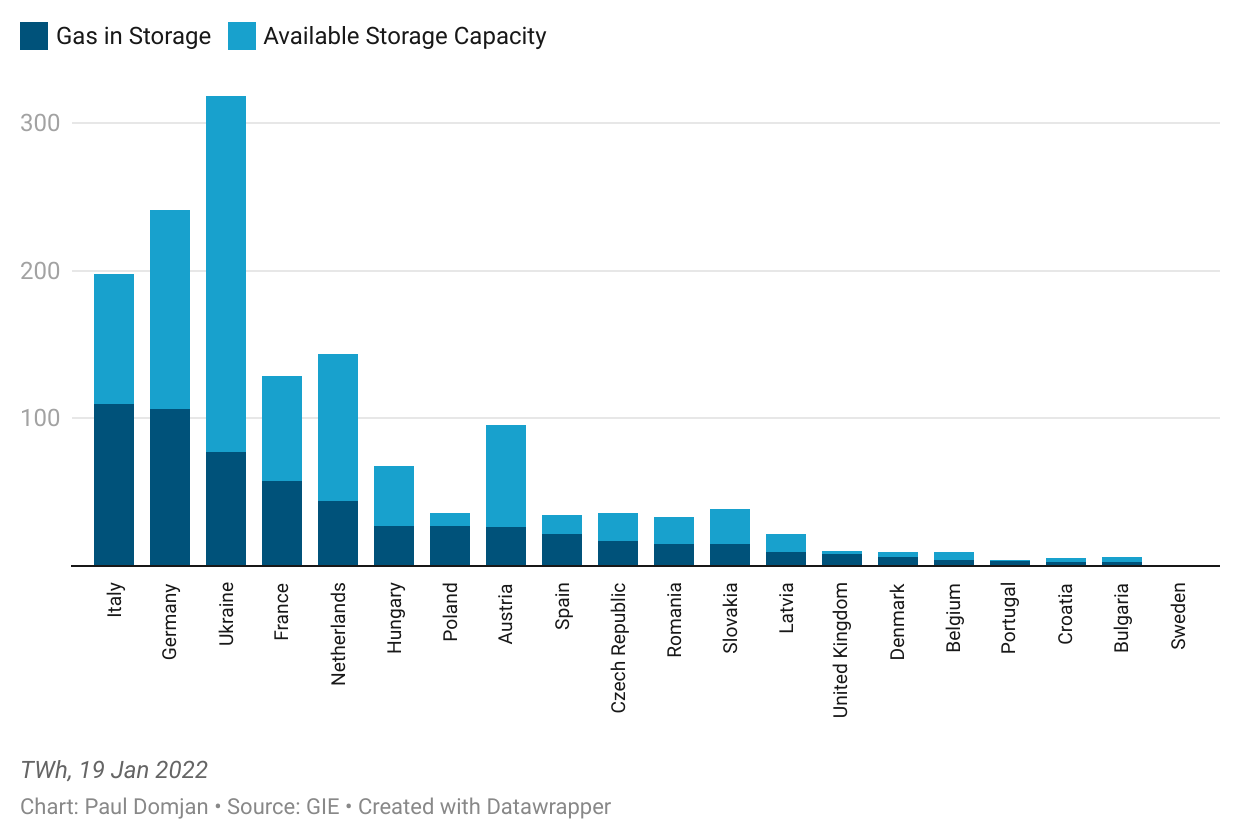 While the State Department and White House busily try to walk back the comments about “a minor incursion”, I’ll leave you to draw your own conclusions on the rest. It’s worth watching or reading the press conference in full. There are three sets of questions on Ukraine, so don’t stop after the first discussion. If you’re watching, they are at 28 mins, 53 mins and 1:28.

In my next edition of Weekend Reading, I’ll take a deeper dive into the problems facing Biden and the Democrats…