Our machine learning model proved its worth after it forecast exactly a year ago that the US 10-year yield would hit 2% in mid-February 2022. At the time it was sitting at 1.36% and, according to a Bloomberg survey, analysts were expecting 10yr yields at 1.5% in Q1 22.

Whilst this might not have been our model's most controversial prediction, it remains one of its most important given the significance and impact of this yield on the entire global economy.

With yields at the front-end of the curve (2-year) rising faster than those at the back-end (10-year), some are fearful that this may put a thorn in the side of the US economy's growth plans and that efforts to raise interest rates may themselves become transitory.

What's next? Our quantitative 12-month forecast

The US 10-year Treasury yield is expected to meander upwards over the next 12-months, according to our latest forecast, reaching 2.21% by May, before falling back down to 1.64% in September, and ultimately taking back the lost ground and more to settle at 2.34% by February 2023 – 31bps above current levels.

As a note, Bloomberg consensus has September 2022 at 2.15% and February 2023 at 2.3% – which represents perhaps a slightly unrealistic linear increase.

The relative stability of the 10yr could be driven by either low future growth expectations or well-anchored inflation expectations, and is likely to be some combo of the two. My colleague Patrick Curran has discussed this in his recent note and how market indicators of inflation have been well anchored, with expectations of higher real yields (ie a more hawkish Fed) driving the rate increase. According to Patrick, it is possible, though, that if longer-term inflation expectations become unanchored then the 10yr could start to rise, leading to a steepening of the yield curve and preventing an inversion, but not necessarily for positive reasons. 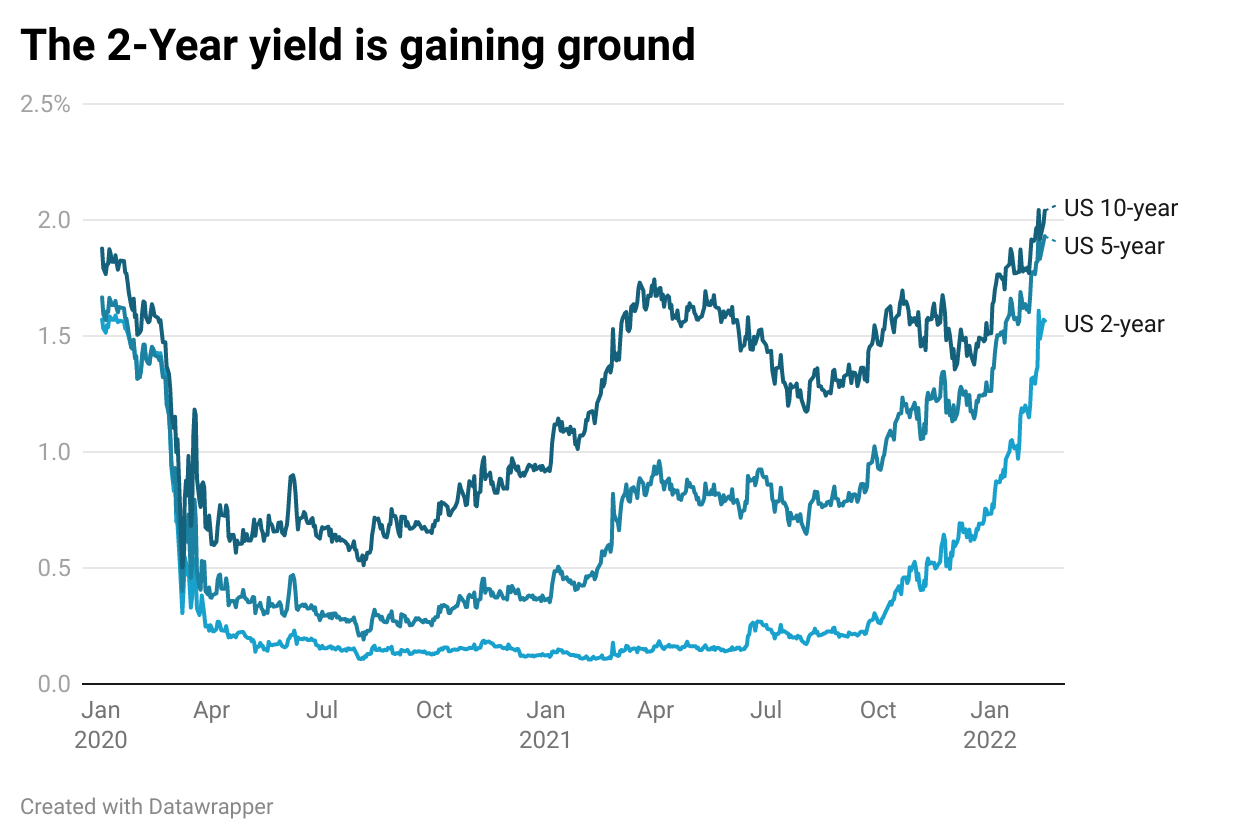 Historically, an inversion of the yield curve has been a reasonably reliable leading indicator of a recession, which is why the 10-2 year yield spread published by the Fed is one of the most downloaded financial time series – a value below zero on the spread indicates an inversion. 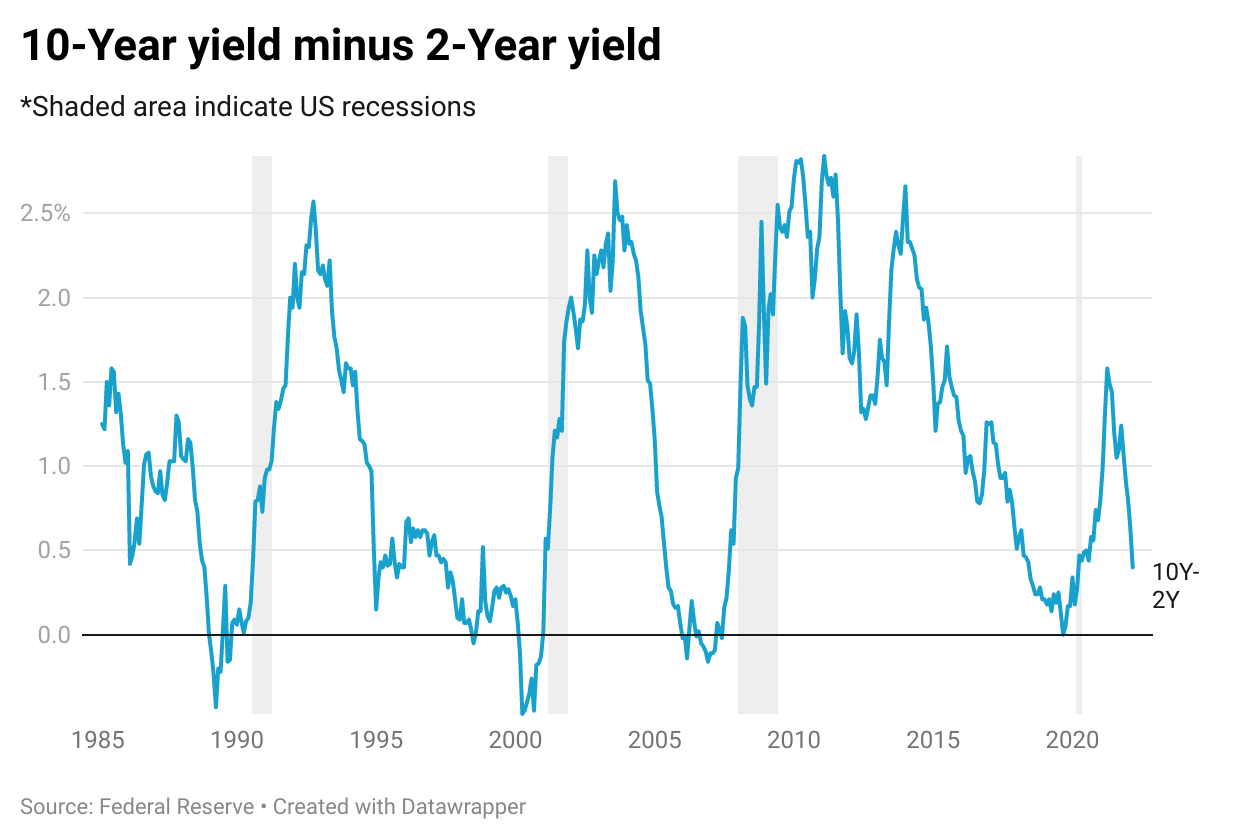 There can be two drivers of yield inversion:

Historically, it would appear that both drivers are somewhat correlated given how reliable of a signal an inversion has been at predicting both lower interest rates and impending recessions over a 1–2 year time horizon.

With the sharp increase in the 2-year yield since October, it's likely that current investors are pricing in the expectation of an increase in interest rates over the short term.

It is very possible that we see an inversion occur in 2022, even with the 10-year yield rising slightly (as per our forecast), which would be an unusual situation and suggest that this particular inversion may be more benign for the future of the US economy than those in the past.