The IMF announced overnight that it had reached staff-level agreement (SLA) on a new programme for Ukraine, an 18-month Standby Arrangement (SBA) amounting to cUS$5bn (180% of quota). Board approval is expected in coming weeks (we suspect by mid-June).

We reiterate our Buy on Ukraine US$ bonds (mid yield of 7.8% on the 2032s today, according to Bloomberg, z-spread 715bps). We had a Buy recommendation coming into this year, built on maintenance of sound macro policies and path towards an IMF programme, and while EM assets were battered by the impact of Covid-19, Ukraine's US$ bonds have held up reasonably well since the initial sell-off. Yields on the 27s and 32s are around 7.8%, and 8.4% on the 28s, after spiking to 12% on the 32s in mid-March, although the US$ curve inverted given greater uncertainty over the near-term financing outlook. The yield on the 21s reached 16% in March (now back down to 7%). The price of the 32s fell 42pts to US$72.5 peak to trough (-37%), but has since recovered some of that ground, up 24pts to US$96.8. The yield on the 32s is still 200bps wider than pre-coronavirus levels, although we think a lot of the easy bounce-back gains have been made and we don't expect yields to return to those levels quickly until there is greater visibility on the nature of the post-coronavirus global recovery. But the IMF programme and donor support provides a crucial backstop to sentiment.

Downside risks include a longer-lasting period of Covid 19, or a second wave; the external environment in terms of global risk sentiment; a longer and/or bigger economic impact than expected (a sharp contraction in Ukraine's real GDP is expected this year (-5% according to the NBU), but is now largely discounted, and the authorities' policy response had been appropriate); financing difficulties stemming from the large financing requirement; and larger-than-expected additional bond issuance (supply risks).

The IMF's announcement is welcome news although widely expected given recent developments in Ukraine (see our Credit Weekly from 14 May). Crucially, the SLA follows the recent passage of the banking law by Ukraine's Parliament (Rada), after which further time was needed to allow for parliamentary procedures ahead of the presidential signature that occurred yesterday, according to reports. Approval of the banking law, which prevents former owners of nationalised or liquidated banks from regaining ownership or receiving state compensation, was seen as the last remaining hurdle to reaching an agreement with the Fund on a new programme.

The IMF had earlier confirmed a change in the nature of programme discussions for Ukraine. The IMF informed at its regular press briefing on 7 May that the programme discussions had switched from a three-year EFF (on which staff-level agreement for a US$5.5bn facility was reached in December, pending completion of certain prior actions) to a new shorter 18-month SBA, with less structural conditionality. The size of the new SBA was reported at around US$5bn, according to local reports. The switch in focus has been partly driven by the impact of coronavirus and an urgent financing need.

But US$5bn isn't US$10bn, is it? Recall that in March, in the early stages of the coronavirus pandemic and global economic crisis, the IMF Managing Director Kristalina Georgieva noted that ongoing discussions involved a bigger programme than previously thought, appearing to confirm local reports that the EFF will be up to US$10bn. Hence, there might be some disappointment with the apparent smaller size of the agreement now, that Ukraine will not receive as much as it wanted. However, we point out that on a pro-rata basis, US$5bn over 18 months is broadly equivalent to US$10bn over 3 years. And, in fact, the SBA is a better deal for Ukraine, being the same amount (pro-rata), with faster disbursements and less conditionality than would be the case under an EFF arrangement. There wouldn't be a need (or time) for many programme reviews in an 18-month programme either. It also seems that this programme agreement has usurped Ukraine's parallel request for emergency IMF financing (RCF/RFI). Still, we think President Zelensky will have to take care in explaining these changes to his domestic audience and why the money is less.

Moreover, the IMF statement yesterday noted that the new SBA is expected to catalyse additional bilateral and multilateral financial support. The government has spoken of around US$10bn in support, including IMF money, with more coming from donors. However, we are not sure all this will arrive at once.

We think the new SBA will allow a maximum disbursement of cUS$3.4bn in 2020 from the IMF, given the Fund's own lending rules (an annual limit of 145% of quota and net of principal repayments). But we think this won't arrive all in one go. We think it might imply two equal disbursements this year, half (US$1.7bn) on programme approval and the other half in a second tranche after completing the first review, presumably before year-end, assuming programme reviews are every six months, unless the Fund agrees to frontloading of course (which might be warranted given the BOP need).

However, even with IMF and donor money, we think the public financing outlook this year is still challenging.

We calculate a public sector financing requirement of US$22bn in 2020 (admittedly, we're already nearly half way in, but the figures have increased significantly since March given the impact of Covid-19, as they have elsewhere – the government's gross financing requirement for 2020 was US$13.7bn at the beginning of the year, so we reckon its now 60% higher). This comprises a budget deficit equivalent to cUS$11.8bn (based on a deficit of 8% of GDP, as per the NBU), and a further US$10bn in debt amortisation (domestic and external) – Table 1. Assuming 100% rollover of domestic maturities (which might be challenging given retrenchment of foreign participation, notwithstanding the NBU's easing cycle), IMF money (assuming this can be used for budget support) and an equivalent amount from other IFIs, that brings identified financing to cUS$12bn. This leaves unidentified financing of around US$10bn.

Ukraine will therefore need to come to the market, if conditions allow; likely in the summer at the earliest, in our view. Eurobond issuance would help to fill some of this gap. We'd assume around US$2-4bn gross, although this would only imply US$0.6bn to US$2.6bn on a net basis respectively, given the US$1.4bn maturity due in September, so it might be able to do a little more, but it is clear eurobonds won't be able to fill all of this gap – implying a financing gap of still around US$6bn on our calculations. That is, we identify financing sources to cover 75% of the financing requirement. Hence, Ukraine will be dependent on retaining investor confidence in order to keep yields down, to affordable levels, in order to help it return to the market, and maintenance of sound policies under the new SBA will be an important part of that process.

If conditions don't allow Ukraine to access the market, things will get very difficult through the end of H2 for Ukraine. To the extent that eurobond issuance is not possible, or on sufficient scale, the unidentified financing gap will put more call on donor funding and/or greater pressure on domestic funding sources, which could challenge its capacity to absorb UAH paper, lead to crowding out and could weaken the currency (we assume the well regarded central bank won't resort to printing money).

One concern among investors may, however, be that the weaker structural conditionality implied under the SBA will lessen the authorities' reform commitment. We think the IMF is being as pragmatic as it can in agreeing to an SBA – helping Ukraine quickly to deal with an urgent BoP need in as flexible way as possible (as the Fund is doing for other members); although if it really wanted to do more, it could provide higher access than 180% of quota, before hitting exceptional access criteria! And it probably recognises that it will be difficult to push through reforms in this economic environment, so why even try. But looking further ahead, the SBA could provide a bridge to a new EFF, which could better target structural reforms, such as building on land reform and anti-corruption, when the economic situation stabilises and immediate BoP pressures have eased. 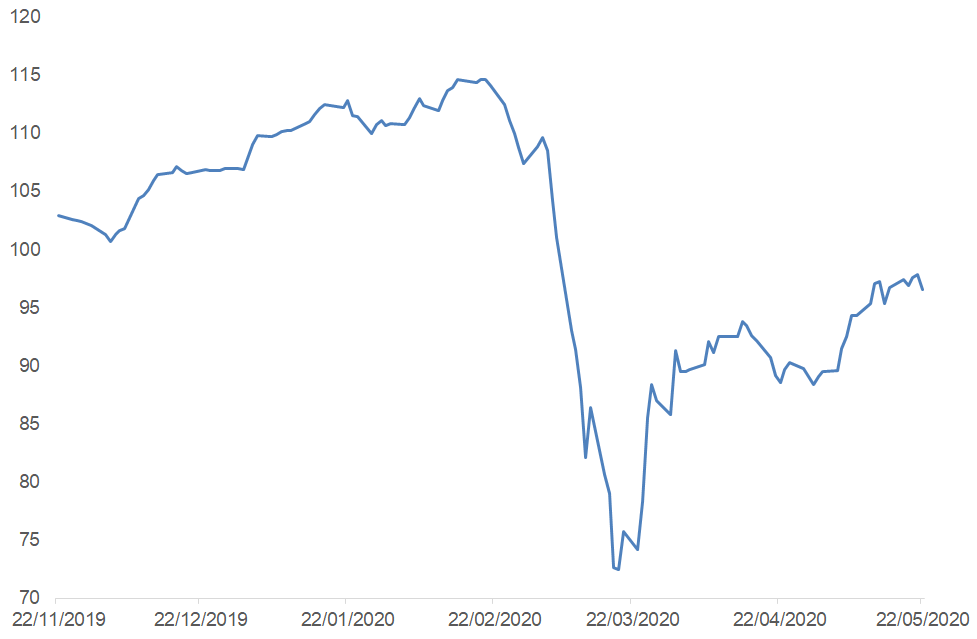 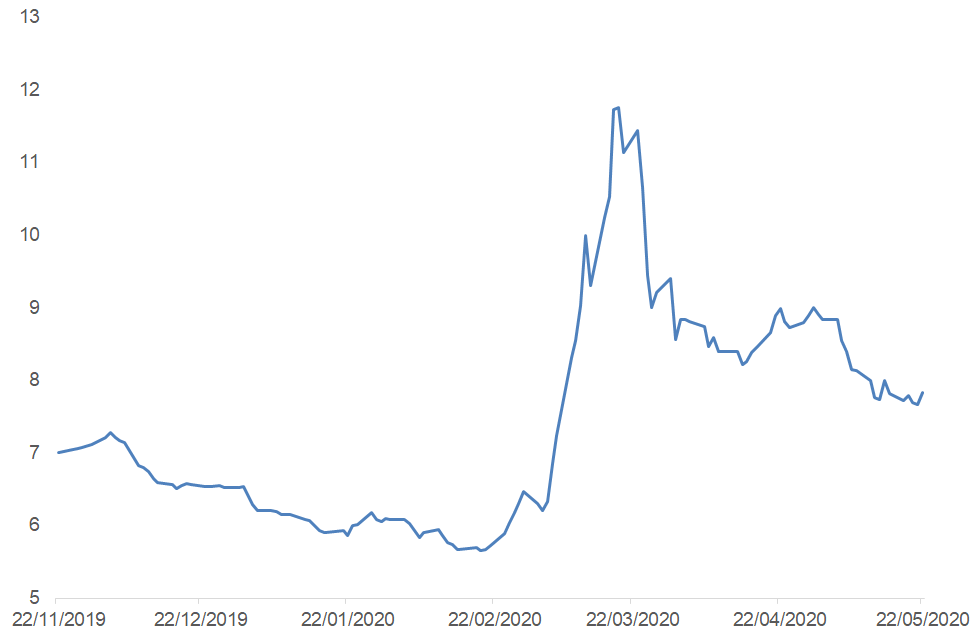