Turkey's central bank (CBRT) cut its one-week repo rate by 100bps today, to 15%, in line with the expectations of 18 of the 24 economists surveyed by Bloomberg. With inflation running at 19.9% in October, Turkey’s real interest rate has now dropped to -4.9%. The move is out of step with the current trend among EM central banks, many of which have initiated a hiking cycle in response to rising global inflation and tightening monetary policy in developed markets. 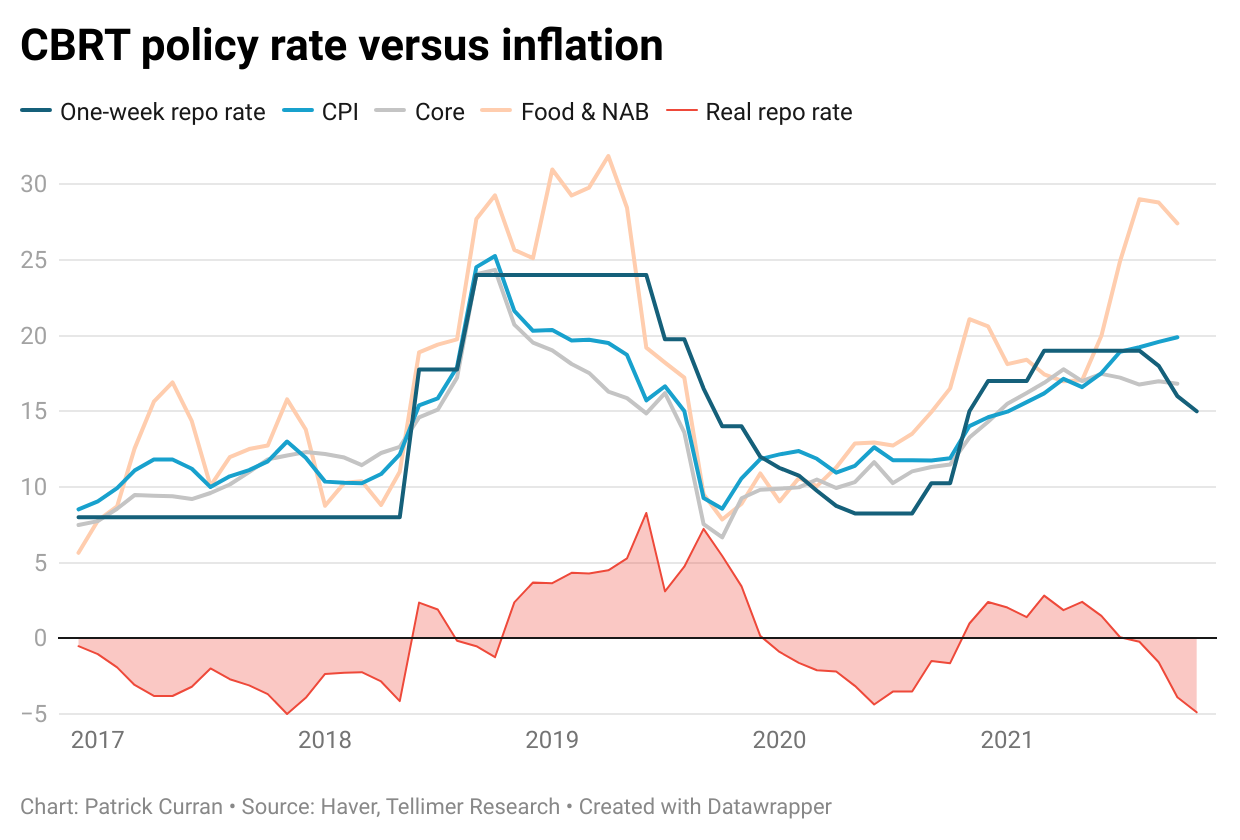 Even though the decision was expected, TRY has still sold off by c4.5% at the time of writing to a record c11.15/US$, after initially depreciating by nearly 6%. The currency has now sold off by c13% since last Monday as it became increasingly clear that the CBRT would cut its policy rate, taking ytd depreciation to just over 33% (making it the worst-performing major EM currency, surpassed only by the Suriname dollar, Haitian gourde, Libyan dinar and Cuban peso). 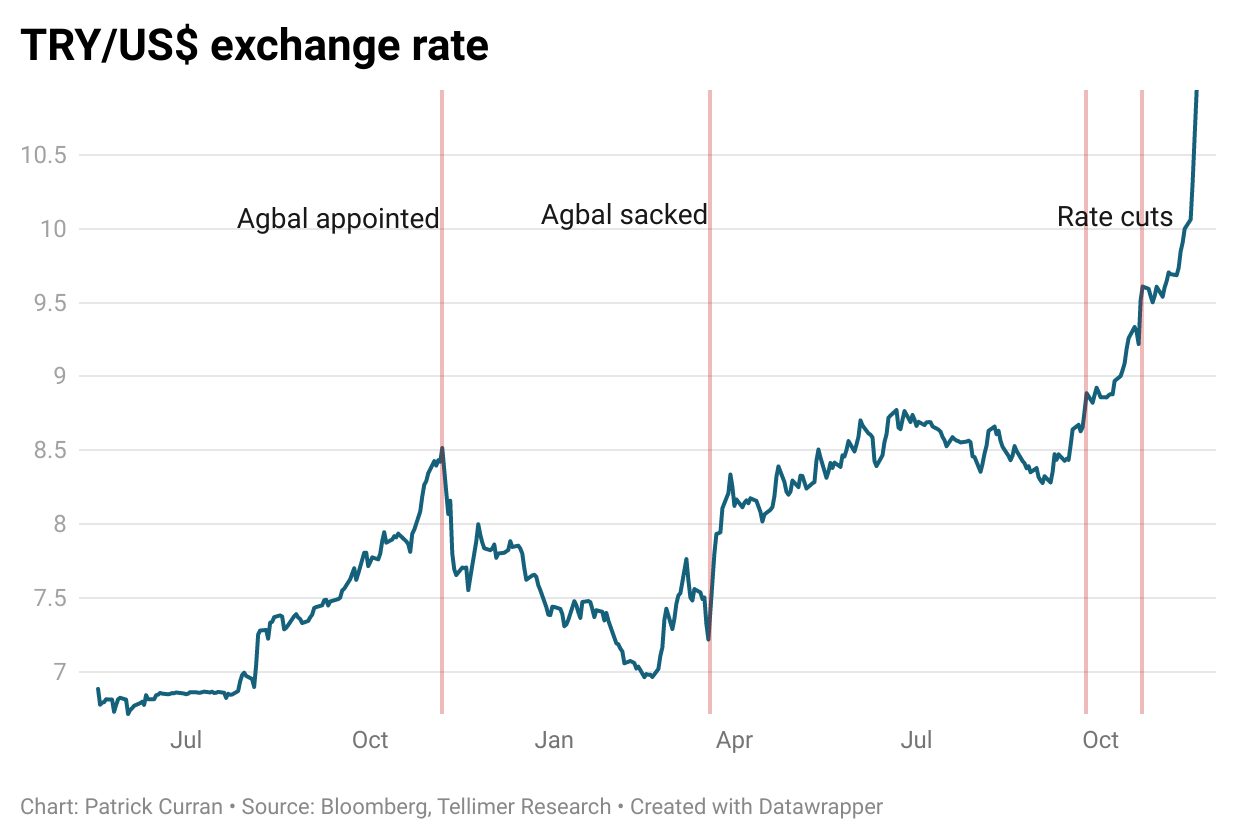 In its MPC statement, the CBRT continued to attribute the increase in inflation to transitory supply-side factors, which it expects to persist through H1 22. The MPC “will consider to complete the use of the limited room implied by these factors in December”, implying either that this will be the final or the penultimate hike in a cutting cycle that has now reached 400bps over the three MPC meetings since September (the wording to us is not clear).

With President Erdogan having firmly imposed his unorthodox anti-interest views on the CBRT via a series of leadership shuffles, any semblance of independence and credibility squandered by the Bank's insistence on rate cuts in the face of spiralling inflation and currency depreciation, and inflation expectations now anchored firmly in the double digits, it will be next to impossible to bring it back to the CBRT’s 5% medium-term target.

Further, the CBRT’s policy stance could trigger a crisis of confidence, leading first to increased dollarisation and then to the flight of deposits from the banking system (as we saw in 2018) and a surge in gold imports (as we saw in 2020) as residents stash money under their mattresses and hedge against further TRY depreciation.

If this coincides with capital outflows by non-residents and declining rollover ratios for external debt (US$169bn of which is due over the next 12 months, albeit with just US$5bn owed by the government and US$31bn by state-owned enterprises), then the CBRT’s folly could unwind recent reserve gains and potentially trigger a full-blown balance of payments (BOP) crisis.

The IMF saw TRY as being c20% undervalued in 2020, and it has depreciated by c11.5% in real effective terms through October (and even more after this month’s drop), suggesting it has deviated even further from equilibrium. However, against the current policy backdrop, there is no reason why TRY can’t continue to overshoot the IMF’s estimate of fair value. Given the c45% REER depreciation since the beginning of 2015, any further competitiveness gains from TRY depreciation are probably limited and any BOP improvements will only take place with a lag, suggesting that TRY is no longer an effective shock absorber and that further depreciation will only exacerbate the misery of Turks.

The insistence of President Erdogan’s CBRT on cutting rates despite the obvious and severe determinantal impact it will have on economic stability and TRY is perplexing, and in the end is self-defeating as it passes through to higher inflation and necessitates future rate hikes and policy tightening to make up for prior policy missteps. However, Erdogan has proven impervious to reason on this topic, and it is unclear what level of TRY weakness will trigger a softening of his unorthodox and extremely harmful policy stance. Against this backdrop, we maintain our Sell recommendation on domestic government debt and TRY.