The CBRT has intensified its efforts to rein in excess liquidity and put a floor under a plummeting lira, raising the lira rate on dollar swaps by 150bps to 11.75% on Friday and raising the remuneration rate on required lira reserves by 200bps on Monday.

The move follows a renewed bout of TRY weakness, selling off nearly 5% vs the US$ over the past month amid growing concerns over external imbalances (see here) and rising geopolitical tensions related to its role in Armenia-Azerbaijan conflict and a simmering dispute with Greece and Cyprus over maritime boundaries in the Eastern Mediterranean, among other factors (see here).

This brings TRY depreciation to nearly 25% vs the dollar so far this year, surpassed only by Zambia, Brazil and Angola in the emerging and frontier universe. 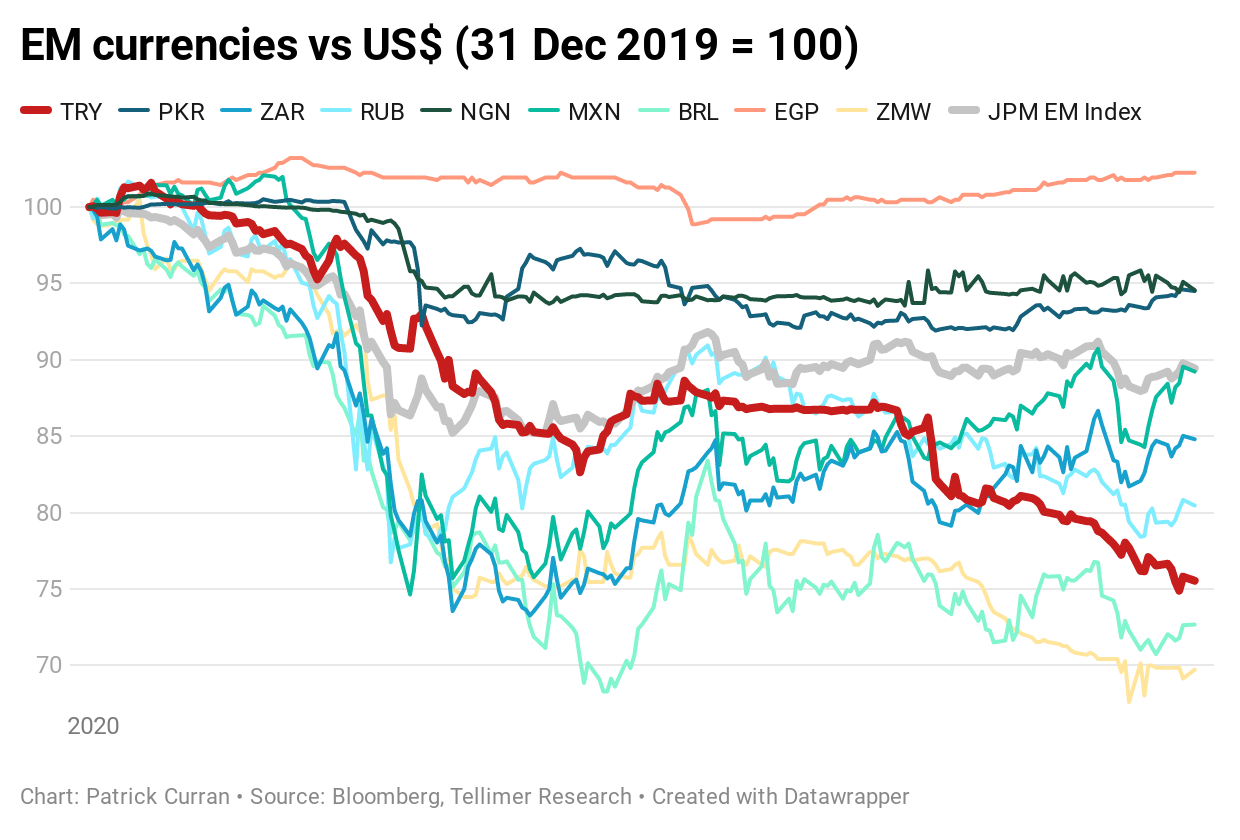 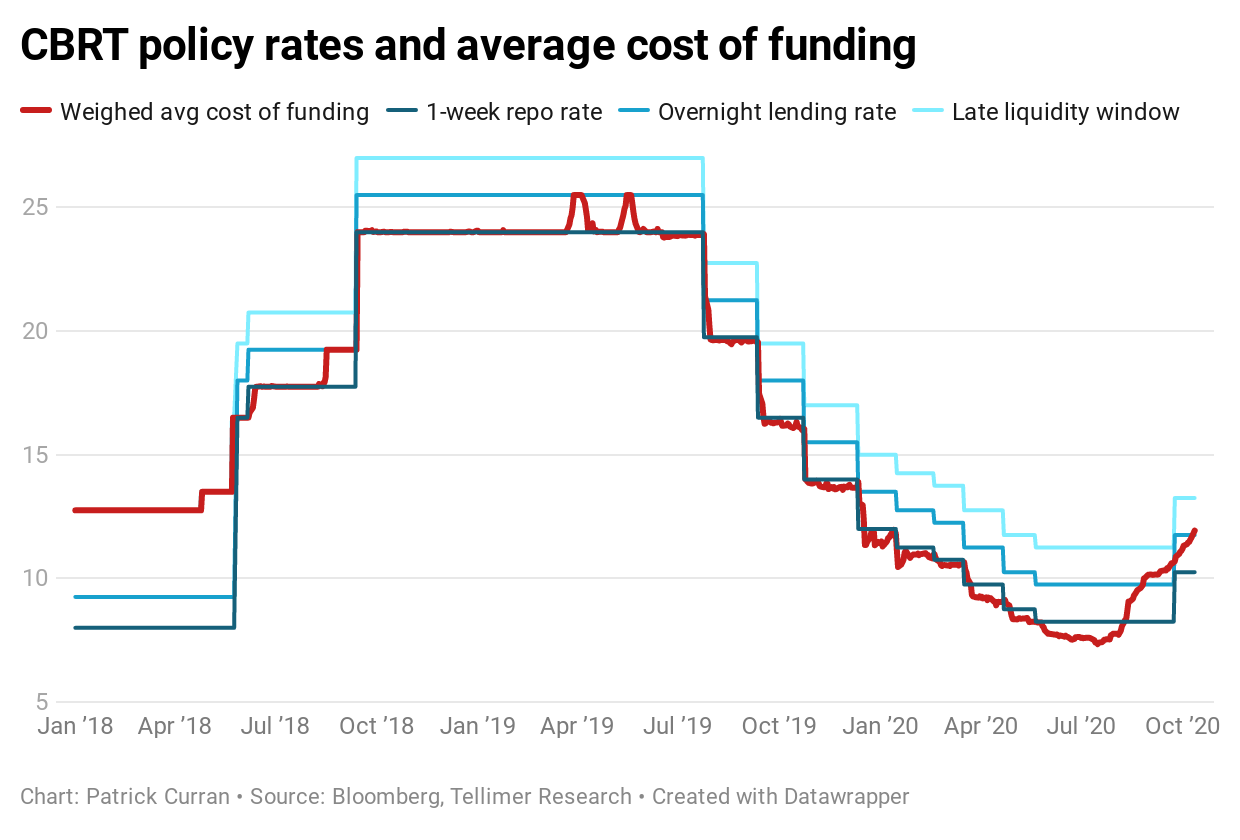 Friday’s move effectively raises the CBRT’s cheapest funding rate, which could prompt a corresponding increase in deposit and lending rates by banks. However, with a weighted average cost of funding now above the new floor of 11.75%, it is unclear if the move will lead to a sustained increase in interest rates.

Meanwhile, Monday’s move means lenders that meet the CBRT’s real loan growth requirements will now enjoy 9% interest on lira-denominated required reserves held at the CBRT (up from 7%), while the rate for other lenders will be 2% (up from zero). The new rates will be effective 16 October, and will help slow the breakneck pace of private sector credit growth (which hit 38% yoy in August, with the "credit impulse" rising to an estimated 11.4% in Q2 20 per Haver estimates). 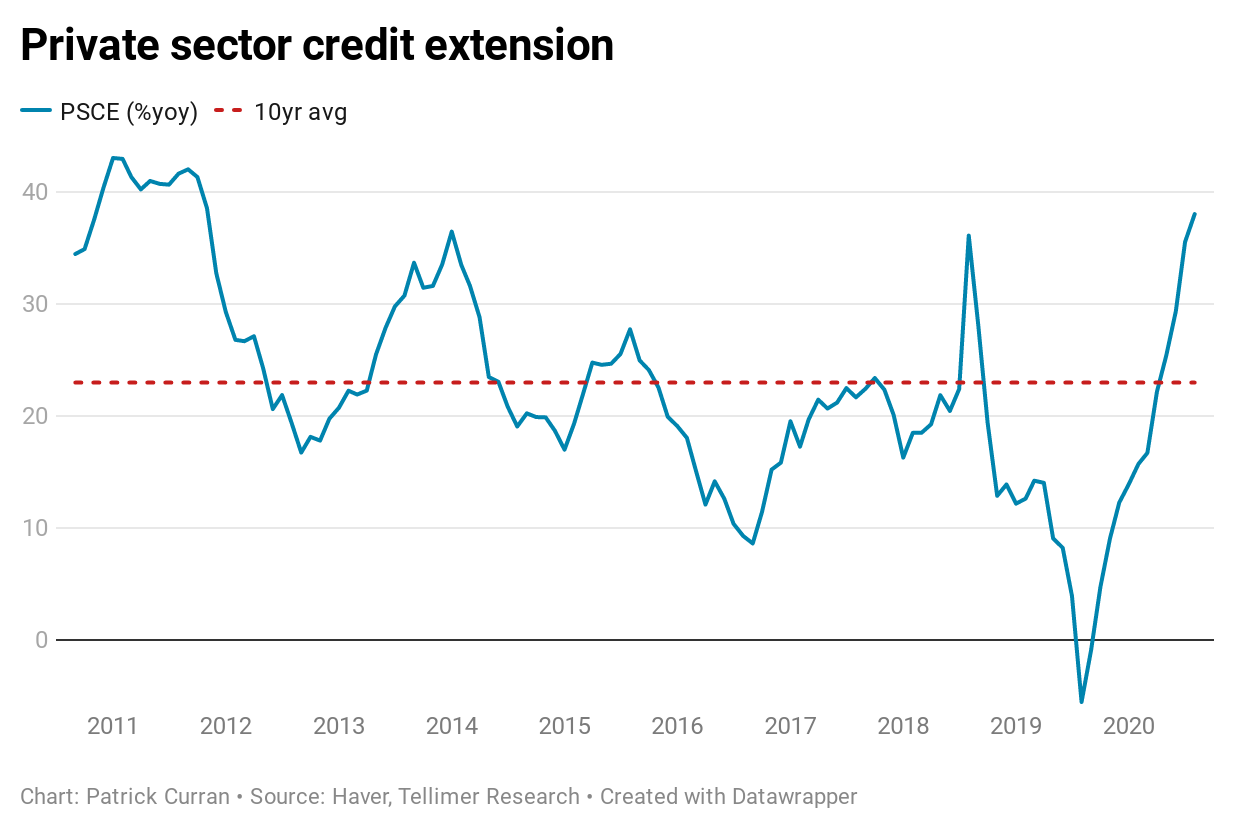 The recent policy efforts by the CBRT are encouraging, and bring the real interest rate into positive territory for the first time in 10 months. 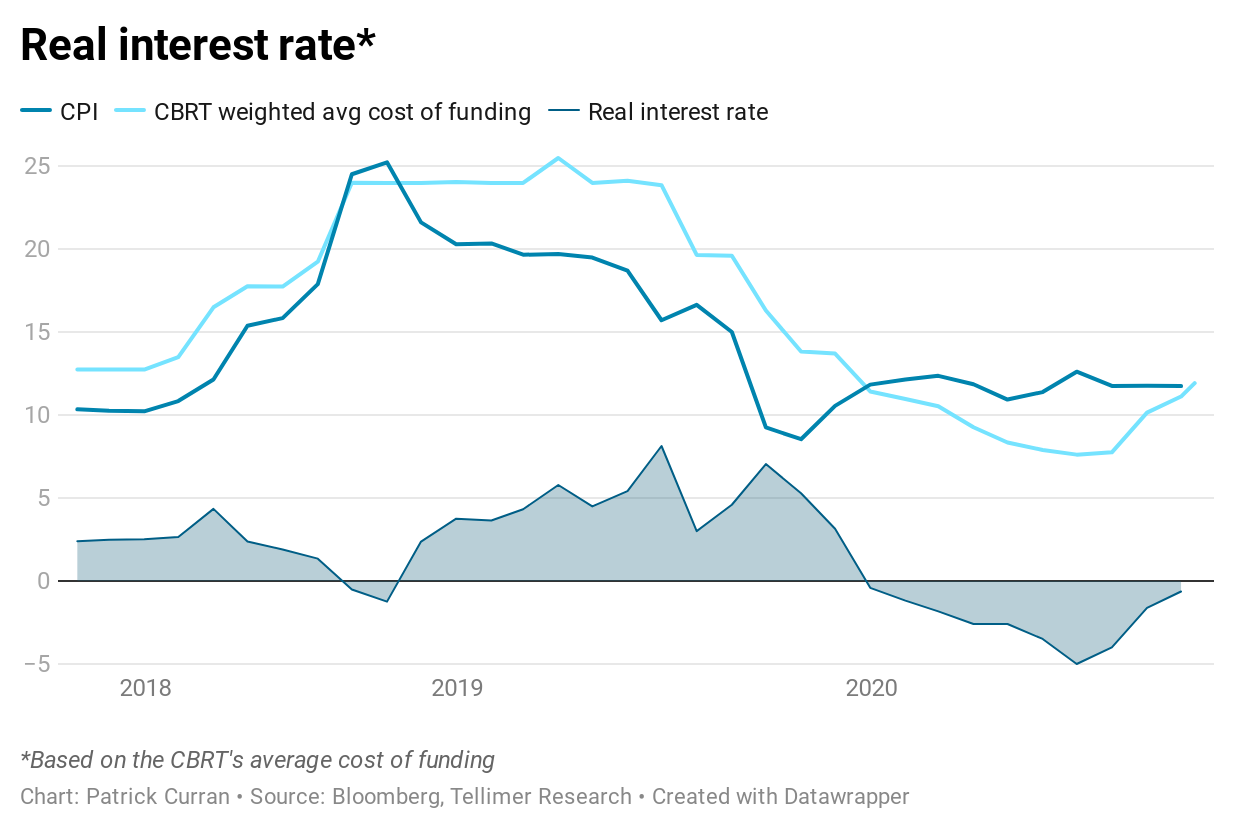 However, further tightening will likely be necessary amid plummeting reserves and widening external imbalances, with the seasonally adjusted current account deficit widening to a 34-month high of US$6.2bn in August on an 18.6% increase in imports and 8.3% drop in exports (see here). This brings the total change to -1% and -13.7%, respectively, year-to-date. 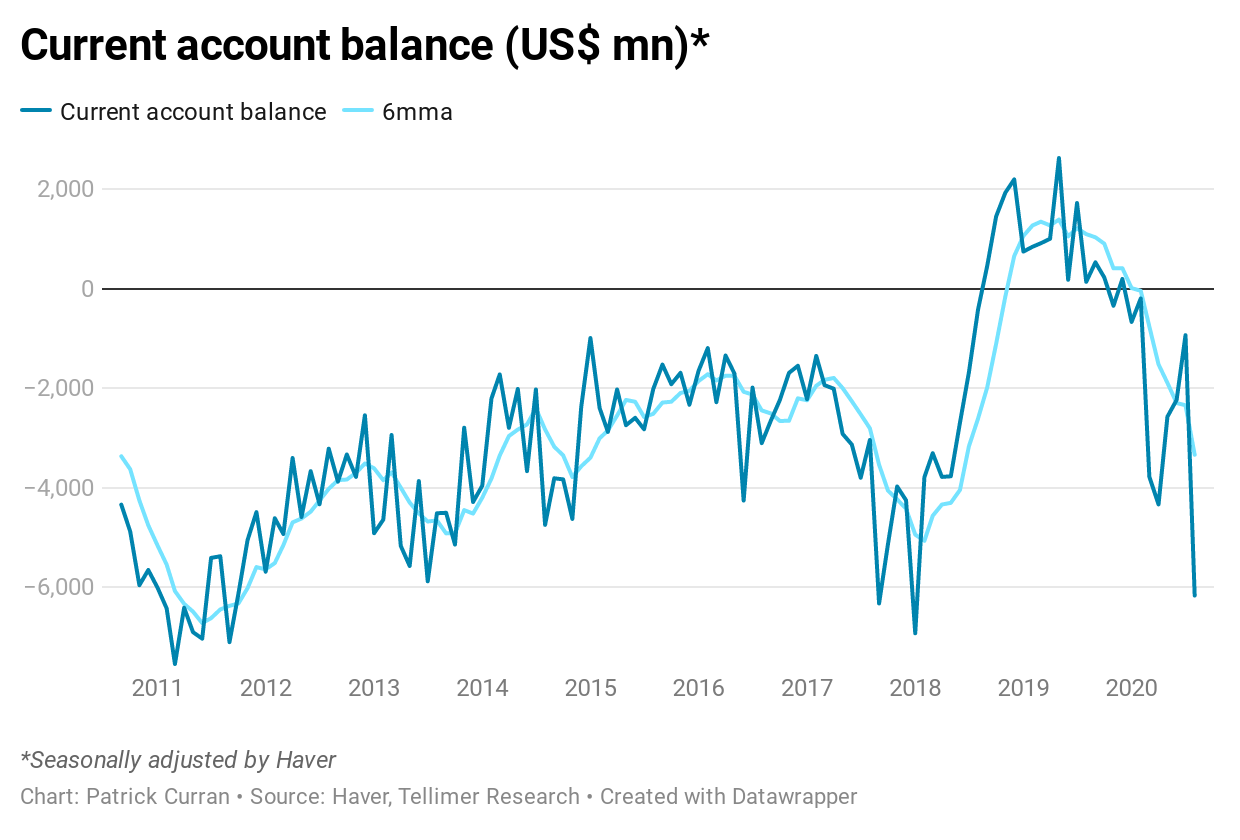 Against this backdrop, pressure on FX reserves will remain high. Net international reserves continued to drop to US$16.6bn as of 2 October from US$40.9bn at the beginning of the year, and this is before US$ swaps of US$58.6bn through August are netted out.

With the weighted average cost of funding still below the effective 13.25% ceiling on the CBRT’s interest rate corridor, there is still room to tighten policy by the back door. However, markets will need to see the cost of funding rise higher into positive territory, ideally through further rate hikes (with the next MPC meeting on 22 October) rather than back door methods, which can be easily reversed.