The smartphone of outgoing US President Trump has been reduced to more of a dumbphone following his bans by the Twitter and Facebook. We explore the implications for investors in social media platforms and political risk in emerging market politics below.

The bans handed out by Twitter and Facebook to Trump after the riots at the Capitol Building in Washington have removed the loud speaker for the outgoing President's musings (some of which were seemingly generated in the middle of the night, some which were shocking and deeply offensive to parts of the domestic and international audience, and some which moved financial markets).

Trump had followers on Twitter and Facebook equivalent to 27% and 10%, respectively, of the US population (although a material number were likely based outside the US). In turn, these equated to about 4x the size of President-elect Biden's footprint on these platforms (although, no doubt to Trumps's enduring annoyance, less than that of former President Obama).

The ethical and commercial questions facing the social media platforms are multiple, have no clear cut answers but surely impact both the valuation of those platforms and the outlook for the conduct of politics in any country with significant social media penetration.

Today's issues around censorship and subjective bias are no different from those faced by traditional print and broadcast media. The differences now are two-fold: (1) the accelerated polarisation of the user base via the technology underpinning social media; and (2) for investors specifically, the long shadow over most other sectors of the listed equity universe cast by mega Tech in recent years.

Below we chart the social media footprint of political leaders in the emerging markets. 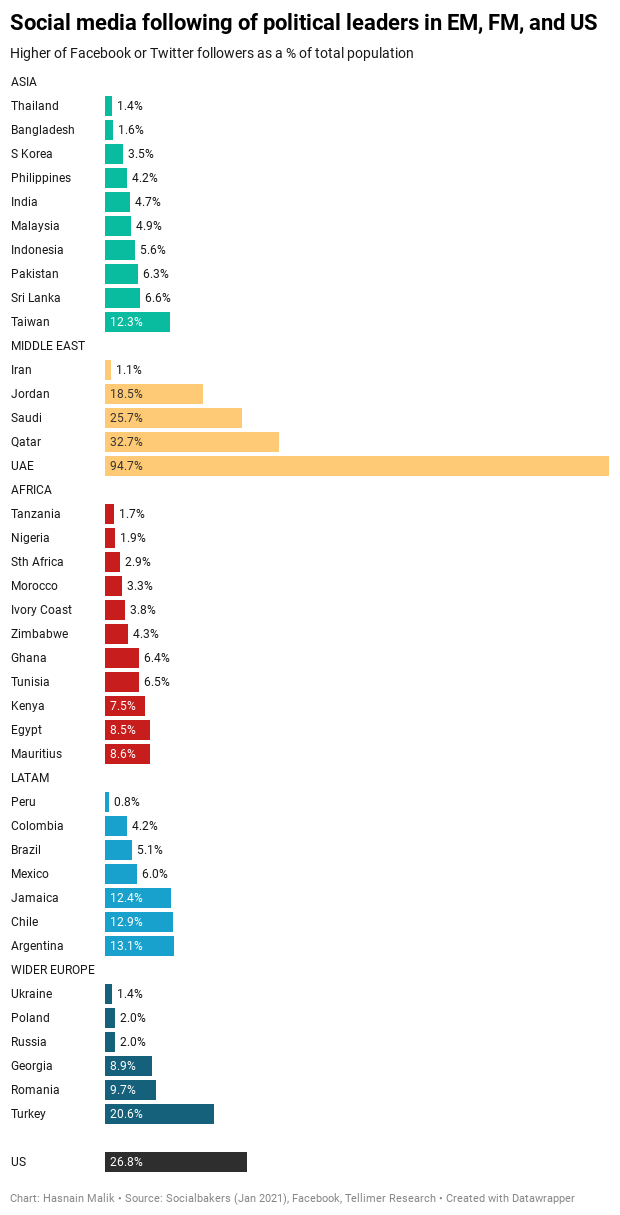 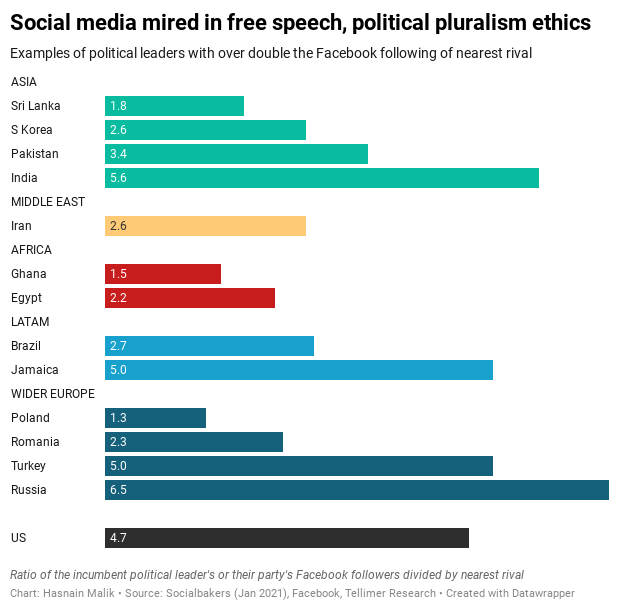 US weaponises all Tech regulation in China friction, EM Tech in the cross hairs (Aug 2020)