Trump impeachment: Eyes on the prize as trial begins

Donald Trump’s impeachment trial has begun. But the chances of him being removed from office prematurely are low, as two-thirds of the Republican-controlled Senate would need to vote in favour of his impeachment. The real prize for Trump is re-election in November’s presidential election, and emerging victorious from a heated impeachment battle against the Democrats in Washington might just suit him. 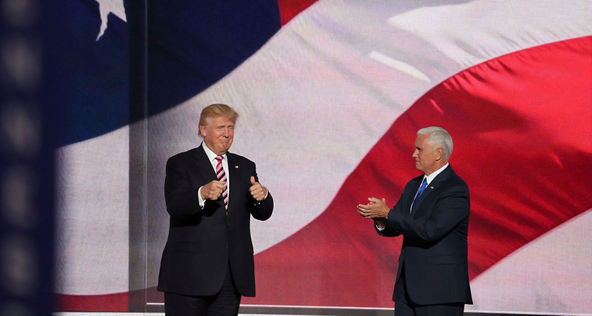 The coming weeks will inevitably provide episodes of embarrassment for President Trump, and moments of personal satisfaction for Democrat supporters. But as we said in our December report, Trump may even consider these impeachment proceedings will work in his favour in this election year, by energising his Republican support base and enabling him to portray himself as fighting a 'Democrat conspiracy' to oust him.

A parallel can be seen in the stalemate that beset the UK parliament in the second half of 2019, when Brexit was repeatedly blocked and PM Boris Johnson was unable to pass any policies. While it made embarrassing viewing for the minority Conservative government on the nightly news, it ultimately helped galvanise frustrated voters to back Johnson in December’s general election and give the Conservatives a comfortable majority.

Trump is almost certain to be the Republican candidate for November's presidential election, but the race to be his Democrat rival is still wide open. None of the Democrat candidates has yet succeeded in gaining unstoppable momentum, with the primaries beginning in early February. And one of Trump’s potential weaknesses could yet become an unlikely strength. At 73, Trump would actually have youth on his side in a contest against Bernie Sanders (78), Joe Biden (77) or Michael Bloomberg (77), while Elizabeth Warren (70) also comes from the same generation.

The race to be the least unpopular

After Trump assumed the presidency it took just eight days for his positive approval rating to evaporate. But his support has not dwindled like some of his predecessors; he consistently maintains an approval rating of 40-45%. That could be enough to secure his re-election, so he probably calculates that enthusing the core support base that backed him in 2016 is more important than reaching out to try to win over long-term sceptics. For rhetoric, that likely means more of the same combative style of international dialogue, as evidenced by his speech at Davos yesterday.

Rather than the impeachment trial, or the Democratic candidate race, at this stage the greatest focus for Trump as he seeks re-election might be to ensure the decade-long stock market bull run continues until election day. Despite the impeachment noise, Trump has his eyes on the prize.

For our view on what a Trump impeachment, or election loss next year, might mean for Emerging Markets, see our October report.