Three things the market needs to Grab about the Altimeter SPAC

Altimeter Growth Corp's (AGC US) reverse acquisition of ASEAN’s super app Grab is a compelling opportunity. It has immense prospects in all three of its segments – ride-hailing, food delivery, and digital banking.

Last week we initiated coverage on AGC US, the SPAC that has proposed a reverse takeover of Grab. This is the first initiation on the largest SPAC deal in history. Our target price of US$15.0 suggests 32% upside, hence we have a Buy recommendation.

Investors need to understand three aspects of this investment case:

(1) Altimeter is expected to complete the reverse takeover of Grab in July. But the SPAC's share price has fallen 29% since the deal was announced in April.

The decline in AGC US shares is consistent with the broader sell-off in SPACs since April, but it is not an indictment of Grab's valuation. Investors have become more concerned with the SPAC construct, as opposed to the specifics of the Grab deal. This presents investors with an attractive opportunity to accumulate the Alibaba of ASEAN. 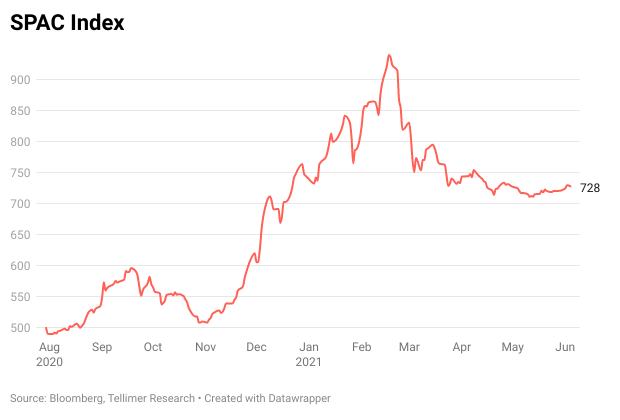 (2) Grab's value proposition as a potential ASEAN super app like Alibaba in China is clear. After the de-SPAC process has occurred and a few quarters have passed, it will be viewed as a normal company.

Grab is in pole position to emerge as the super app for Southeast Asia. It will be a one-stop-shop for ride-hailing, food delivery, payments and other services. Grab is already active in 400 cities across 8 countries including Indonesia, and has 25mn users and 2mn merchant partners. But the current valuation does not yet reflect its potential as a super-app.

Our DCF-based target price of US$15.0 implies a return to the valuation at the time of the deal announcement. This view is corroborated by our comparative valuation which suggests a fair value of US$13.0. 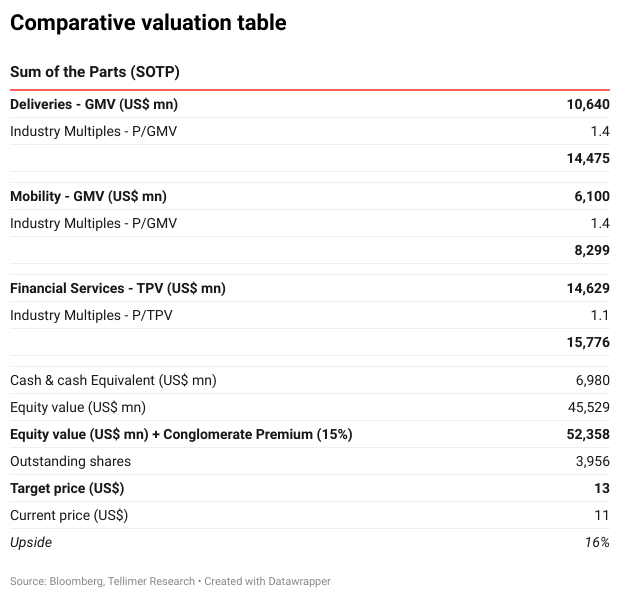 (3) Grab has the firepower to prevail in the three-way battle in ASEAN for super-app supremacy. 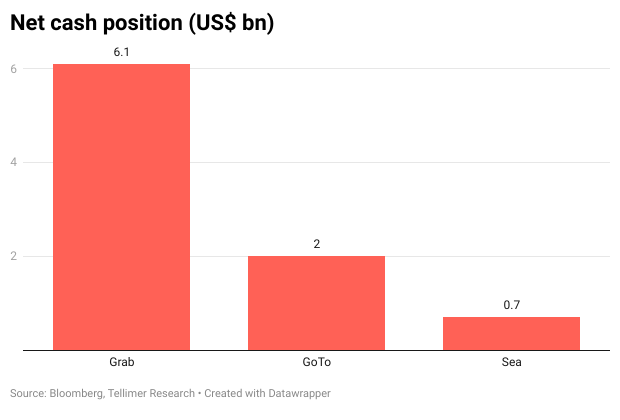 Grab is able to outspend its two main ASEAN rivals, Sea and GoTo. Sea Limited operates the region's largest e-commerce platform, while Gojek and Tokopedia are merging to create the ride-hailing and e-commerce giant GoTo.

GoTo has estimated net cash of US$2 billion, but Grab has more net cash (US$6.1bn) than the other two put together.