The winners from the imminent soft commodity rally

The Iran-US confrontation has brought immense volatility at the start of the new decade. Oil prices have fluctuated by over 12% in just a week.

In a crisis, the distinction between the signal and the noise is vital. Irrespective of the tensions in the Gulf, we think soft commodities are due for a bull run after nearly six years of strife.

1. The inversion of the yield curve

Instead of delving into the details of the Iran-US confrontation, we think investors could be better served looking at the Delphic oracle of today – the yield curve. The yield curve has recently been in negative territory.

The last three instances (1998, 2001 and 2007) of the US 10-year yield falling below the US 3-month yield have been the prelude to a 2-year commodity rally. In the two years that followed the inversions of the yield curve in September 2000 and July 2006, the Bloomberg Commodity Index rose 11%. 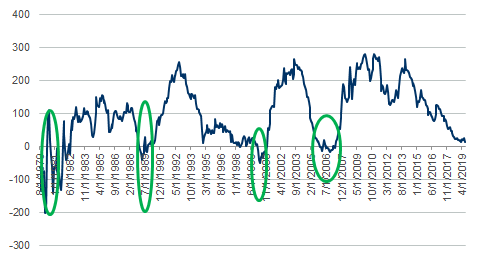 The Brent Crude market has moved decidedly into backwardation in recent months. Three-month backwardation, which measures the price difference between one-month futures and four-month futures, is at a record high.

The main reason for backwardation is the shortage of oil in the spot market. Investors in the commodity hope to benefit from an increase in future prices as the futures price and the spot price move towards convergence.

3. The end of the African Swine Fever Crisis is a blessing

African swine fever (ASF) has wiped out a third of China's pig population. One of the corollaries of the ASF crisis was the collapse in soybean prices. Soybeans are used for soybean meal, which is a source of protein for pigs. Pork prices rose by over 70% in China in 2019, while soybean prices are down 14% from their 2019 peak.

There are now signs that the worst is over for African Swine Fever, and authorities in China have reported that the pork shortage is easing. Annual food inflation fell from 19% in November to 17% in December, the first deceleration in 10 months. 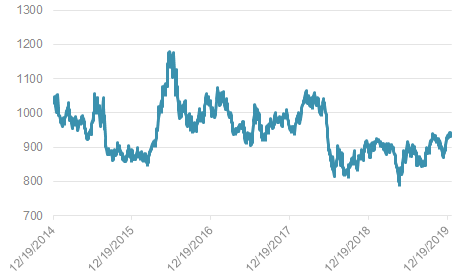 4. The trade war is ending

The US-China phase one trade pact could be cemented on 14 January. China will increase its purchase of farm goods such as soybeans and corn. Also, there is a high likelihood of restocking of raw materials.

The US has cancelled new tariffs on US$156bn of Chinese imports. The Trump administration has also halved the tariff rate on a further US$120bn of Chinese goods.

The end of the trade war would be positive for agricultural commodities such as corn, soybeans, and wheat. These have suffered sharply in the wake of the trade conflict. The S&P GSCI Agriculture index is down 37% since the trade war emerged in Q1 16. 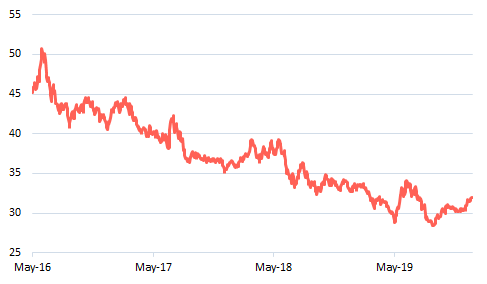 We expect the soybean stock/usage ratio to deteriorate. The demand/supply situation could shift decidedly from plenty to scarcity. 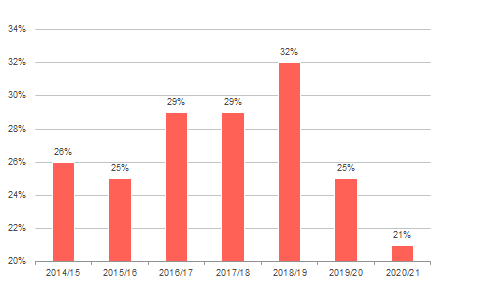 The potential winners are the producers of soft commodities such as palm oil plantation companies. Palm oil stocks are trading at the bottom end of the EV/mature hectare range. Golden Agri [GGR SP], Indofood Agri [IFAR SP], First Resources [FR SP], IOI [IOI MK], and Kuala Lumpur Kepong [KLK MK] (all Not Rated by Tellimer), are at their lowest ratios since 2008. The current EV/mature hectare average for the Indonesian planters is about US$6,000/hectare to US$8,000/hectare, which is below the replacement cost. A surge in prices could create interest for these stocks, which are still deep value despite their recent rally.

Other winners include the pork processors – such as 43 HK, CPF TB, CPIN IJ and JAP SP – that have been heavily discounted in the wake of African Swine Flu. In our view, they have unjustly underperformed. These companies are highly branded and have excellent cash generation.

CPF TB is a Thai-listed regional player with c10% of its revenue derived in China. CPF TB is trading at just 5x EV/EBITDA, if one strips out its associate investment in CPALL TB. This is half the peer group average. We have a Buy recommendation on CPF TB with an unchanged target price of THB38.0.