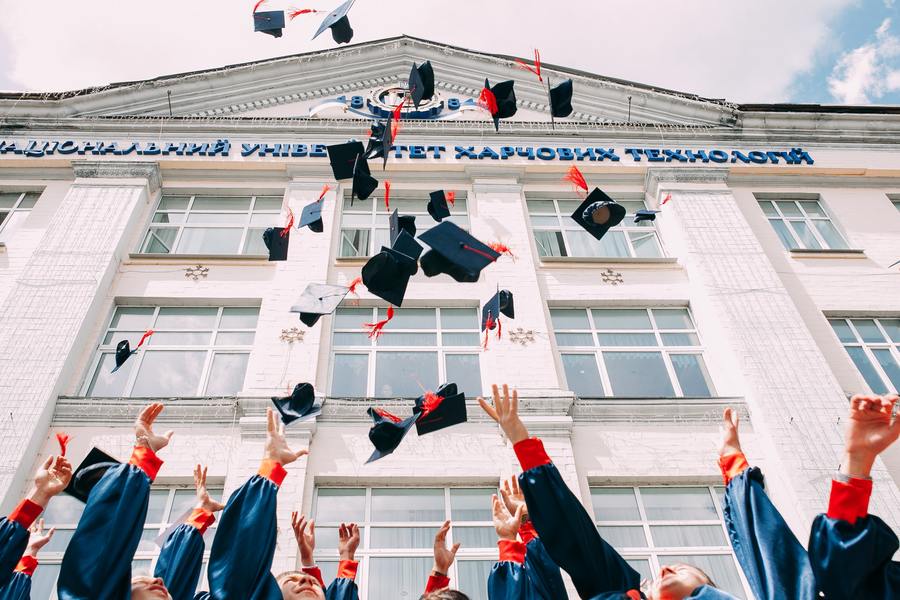 Owning abundant natural resources and a relatively stable political environment, China has maintained a large population since the establishment of the Han Dynasty in 202 B.C. In the past 2000 years, the demographic dividend has always been one of the main drivers of its development. However, in recent years, with the deepening of globalization and the change of population structure, we have observed that China's demographic dividend has been decreasing, while the talent dividend is increasing; this, we think, will be the new driver in China's new developing stage, a stage focusing on advanced manufacturing.

From demographic dividend to talent dividend

China launched a national census in 2020, and its result shows that China's population reached 1.44 billion, with a CAGR of 0.53% in the past decade, lower than the rate of 0.57% in the first decade of the 21st century. The data shows that China's population has continued to maintain a low-speed growth trend in the past decades (compared with other developing countries). In terms of population structure, China's working-age population aged 15 to 64 reaches 894.38 million, accounting for 63.35%, down 6.79% decade over decade. Although labor resources are still abundant, the downward trend is also very obvious.

Generally, the size of the demographic dividend is usually expressed by the total dependency ratio, that is, the population under the age of 14 and over the age of 65 divided by the working-age population (aged 15 to 64). A demographic dividend occurs when the ratio is less than 50%. In 1990, China's total dependency ratio reached 50%. After that, the ratio remained below 40% for a long time. However, in recent years, due to the adjustment of fertility policy (two-child policy for singletons couples was implemented in 2013, the comprehensive two-child policy was implemented in 2015, while the three-child policy was implemented in 2021) and the changes in China's economic structure, the ratio has shown an upward trend. According to the data from the census, the ratio increased to 45.9% in 2020. Considering the far-reaching impact of family planning policy (allowing couples to have up to one child) and the difficulty of implementing the multi-child policy, we believe that China's population dependency ratio will continue to rise. It is estimated that China's total dependency ratio will be 49.7% by 2030, indicating an end of China's demographic dividend era.

Nevertheless, we do not think such an end is a dangerous signal. On the contrary, we believe that China is turning to a talent-driven developing mode. As Premier Keqiang Li said at the 17th National Trade Unions' Congress in October 2018, China is accelerating from demographic dividend to talent dividend. There are three changes showing that talent dividends drivers will shaping future development.

First, China's illiterate population (illiterate people aged 15 and over) decreased to 37.75 million, accounting for 2.67% of the whole population, down 34.6% from 4.08% decade over decade. Secondly, among the current national population, 218.36 million people hold bachelor' Degrees or Associates' degrees, accounting for 15.6%, up 75.3% decade over decade. Among the national population, the average number of years of education for people increased from 9.08 to 9.91. It is predicted that China's workforce with a college education or above will reach 265 million by 2025 (please check here). 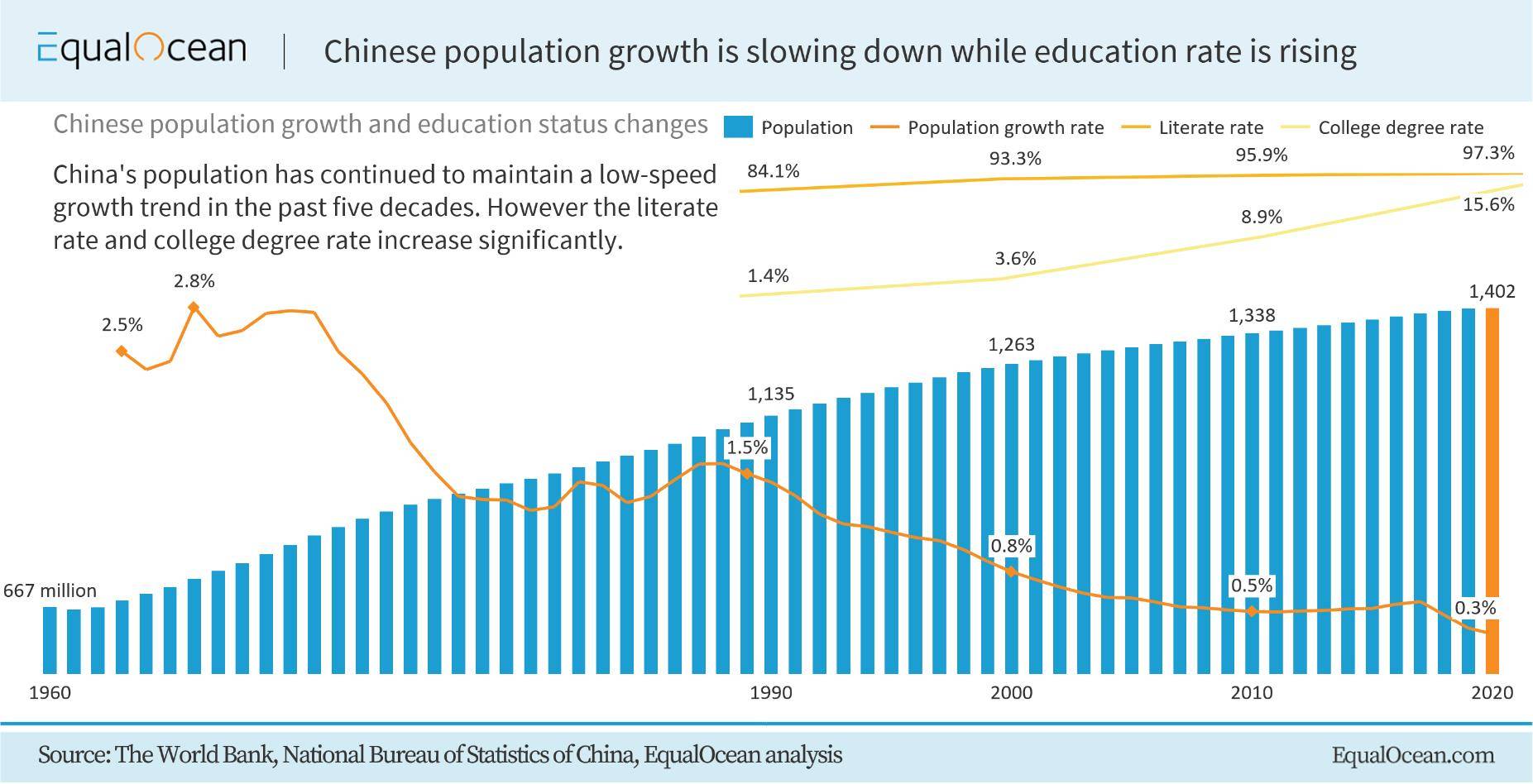 Second, the highly educated population (Masters' degree and higher) has also shown a blowout growth in recent years. At the same time, the improvement of the ranking and influence of Chinese universities has been steady and persistent, which we think is mainly driven by the highly-educated talents. Notably, in the Best Global Universities for Engineering made by US News, Tsinghua University is the top engineering university, which is the first time that a Chinese university has won the crown – meanwhile, four mainland China universities win top ten spots. These all indicate that China's highly-educated talent team is expanding rapidly. 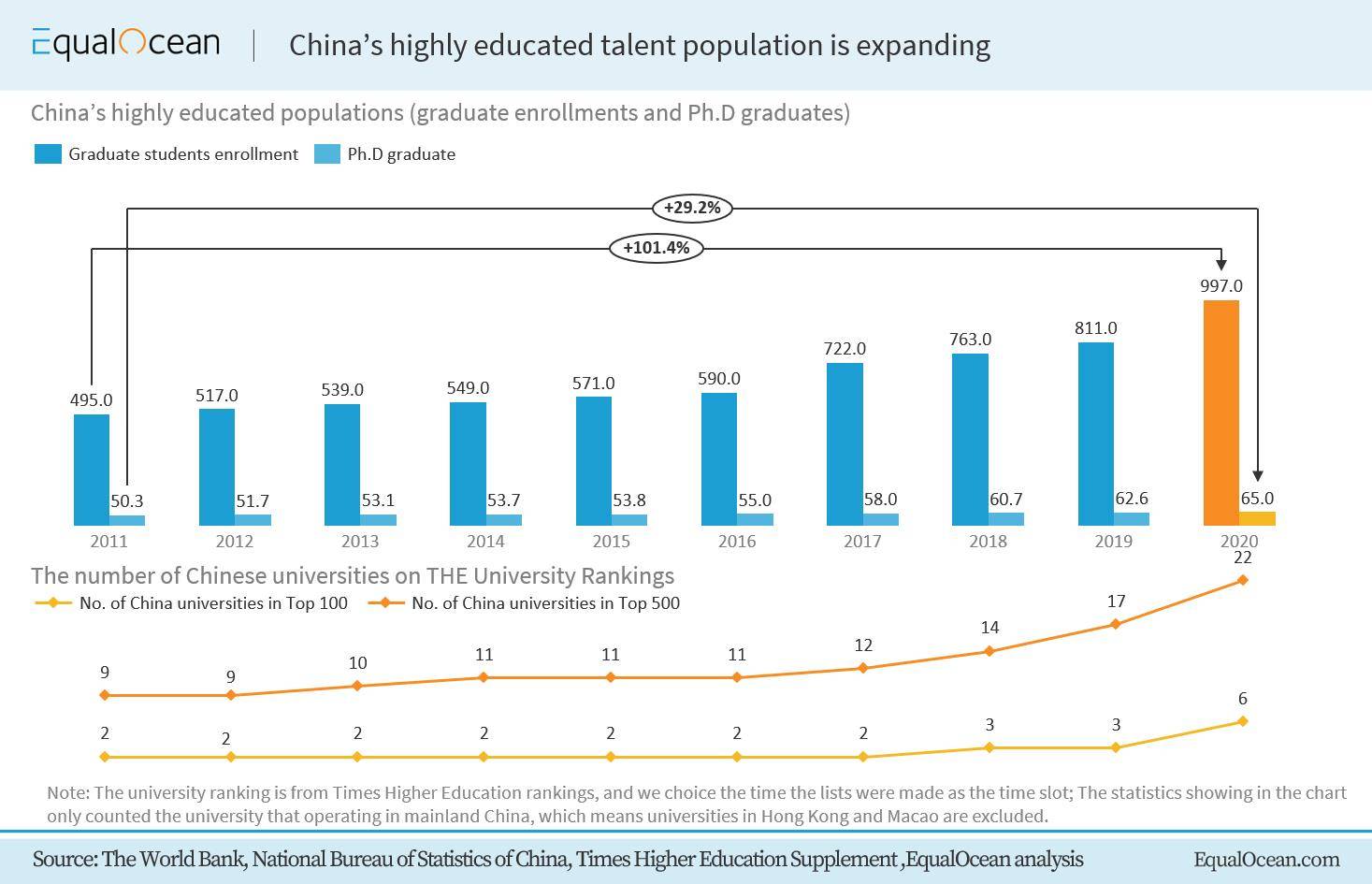 Third, we found that China's educational sector emphasizes science and engineering subjects more than liberal art ones. Only 30% of China's universities provide liberal arts majors in undergraduate education, while over 80% provide science majors. This, we believe, also indirectly proves that the state attaches importance to and supports science and engineering, and the thought of developing through science and technology is deeply rooted in the minds of Chinese people. 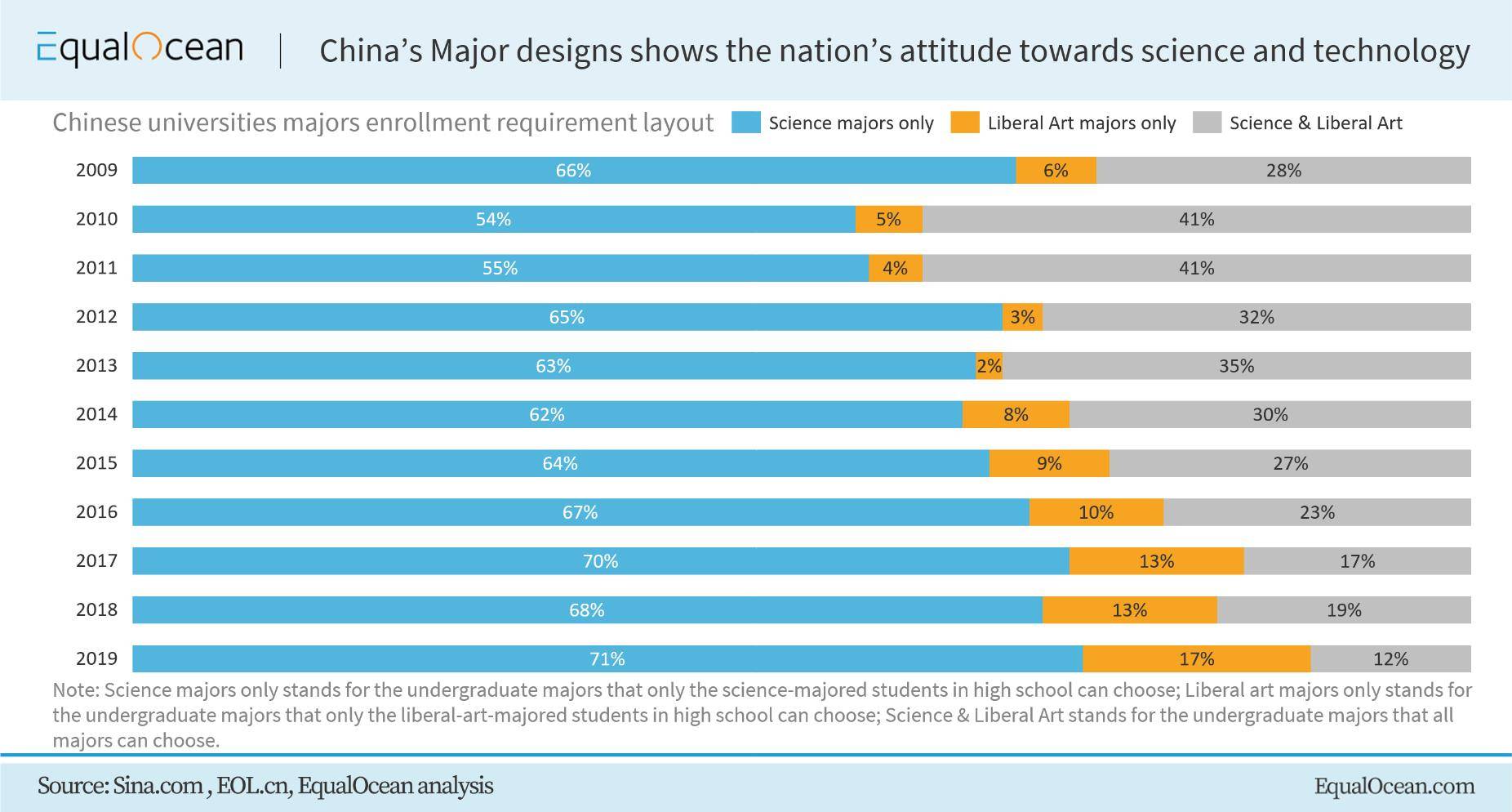 China's position in the global supply chain has changed dramatically in recent years: it has gradually become one of the centers of the worldwide supply chain. It can be seen from the chart that, in 2000, the global supply chain was mainly composed of centers in Germany, Japan, and the United States, with few transactions. However, after 2017, with China joining the WTO and experience a high-geared developing period, China replaced Japan as one of the centers and has become the largest one, and the trade with the other two centers increased dramatically. Considering China has already been flourishing...