The future of "Made in Asia" supply chains

The COVID-19 pandemic served as a wake-up call to businesses and investors about the extent to which globalised supply chains are ultimately reliant on China. Severe shocks to supply chains have accelerated a trend towards diversification. Over the coming year, business leaders will have to grapple with the knock-on effects of choices made during the pandemic and make key decisions about where to invest long-term as part of a reinvigorated ‘China Plus One’ strategy. For many businesses, this will be a case of reviewing and scaling up their existing supply bases in South and South East Asia, a process that presents significant opportunities and challenges, both operationally and from a compliance and Environmental, Social and Governance (ESG) perspective.

A Shock to the System

It’s been more than a year since the first case of COVID-19 was recorded in Wuhan in November 2019. By January, businesses were reporting widespread disruption to supply chains, and in mid-February 2020 Apple was the first major US company to announce that it would miss its revenue projections for Q1 as the outbreak in China had limited both production capacity and demand for its products. That same month, Dun and Bradstreet reported that at least 51,000 companies globally had ‘tier 1’ suppliers in China, while a further 5 million had one or more ‘tier 2’ suppliers; all were vulnerable to the effects of lockdown measures in the country.

While many global companies had already begun to scale up efforts to diversify their supply chains as a result of rising Chinese labour costs and the ongoing US-China trade war, the disruption and financial pain caused by the pandemic kicked it into high gear. On a purely operational level, companies scrambled to find alternative suppliers to replace shuttered Chinese factories. Faced with shortages and export restrictions on PPE and medical supplies, politicians in several countries began to stress the importance of domesticating, or at least near-shoring, supply chains for essential goods. Geopolitical tensions ratcheted up as a blame game over the origins and early handling of the outbreak began to play out, and concerns about the national security implications of relying on Chinese suppliers in strategic industries gained further traction, exemplified by moves in several countries to limit the use of Huawei equipment.

As we enter 2021, it’s clear that these factors are not going away, and that supply chain diversification – and not just away from China, whose economy has bounced back even as others sink into recession[2] – is imperative for businesses to survive the next crisis. This presents an opportunity for the wider Asia Pacific region, where countries like Vietnam and India, which were already benefiting from this process prior to the pandemic, stand to gain the most.

The need for supply chain diversification presents an opportunity for the wider Asia Pacific region.

Within the region, Japanese companies have been leading the charge. In July 2020, the Japanese government began offering subsidies to domestic companies with manufacturing operations in China, either to repatriate their supply chains or relocate them to South East Asia. As a result, Japanese companies began setting up bases in Vietnam, Indonesia and Laos; India and Bangladesh were added to the list of eligible countries in September 2020. In the same month, the governments of Japan, Australia and India signalled their intention to reduce reliance on China and build supply chain resilience in the Indo-Pacific region through the Resilient Supply Chain Initiative (RSCI). The aim of the RSCI is to disengage supply chains in strategic sectors from China and relocate them to countries that do not pose a national security threat. The governments apparently intend to involve ASEAN countries in the initiative, although it is unclear how this will work and what the implications will be for the recently signed Regional Comprehensive Economic Partnership (RCEP) free trade agreement, which notably includes China but not India. In any case, RCEP is likely to lead to greater supply chain integration across East and South East Asia, which will bolster competitiveness against rival supply chains centred on Europe and North America.

Supply chain diversification presents a number of operational challenges. For example, countries such as Vietnam and India lack China’s skilled workforce and supporting infrastructure. Furthermore, while it has proved easier to relocate supply chains for lower-value sectors, such as garment manufacturing, in higher-value sectors nearly all supply chains trace back to China as the lead supplier of component parts. Compliance and reputational challenges also abound. The most obvious challenge as we emerge from the pandemic will be reckoning with decisions taken at the height of the disruption. Rushed onboarding and contracting processes, as companies scrambled to secure essential supply and distribution channels, will likely have exposed them to increased risks of fraud, bribery and corruption through third parties. These risks will need to be analysed and mitigated after the fact. To date, most news stories have focused on the provision of fraudulent PPE and medical supplies under hastily mobilised government schemes. Increased fraud has also been reported in the food sector,[4] and we have heard anecdotal accounts of companies in South East Asian countries bribing officials to secure “essential supplier” status. It is likely that similar accounts, in sectors overlooked during the crisis, will begin to emerge. On a more strategic level, companies will need to look carefully at regulatory, compliance and ESG risks in alternative supplier countries. This will involve a level of country risk analysis, as well as scrutiny of individual suppliers.

Rushed onboarding and contracting processes, as companies scrambled to secure essential supply and distribution channels, will likely have exposed them to increased risks of fraud, bribery and corruption through third parties.

The knock-on effects are already reshaping the intelligence requirements of regional operators and investors. For example, before 2020 our Asia Pacific team was frequently called on to conduct due diligence on critical Chinese suppliers of investment targets; now, we are increasingly asked to support efforts to build resilience post-acquisition, by providing political risk forecasting and market entry research, and investigating alternative suppliers. 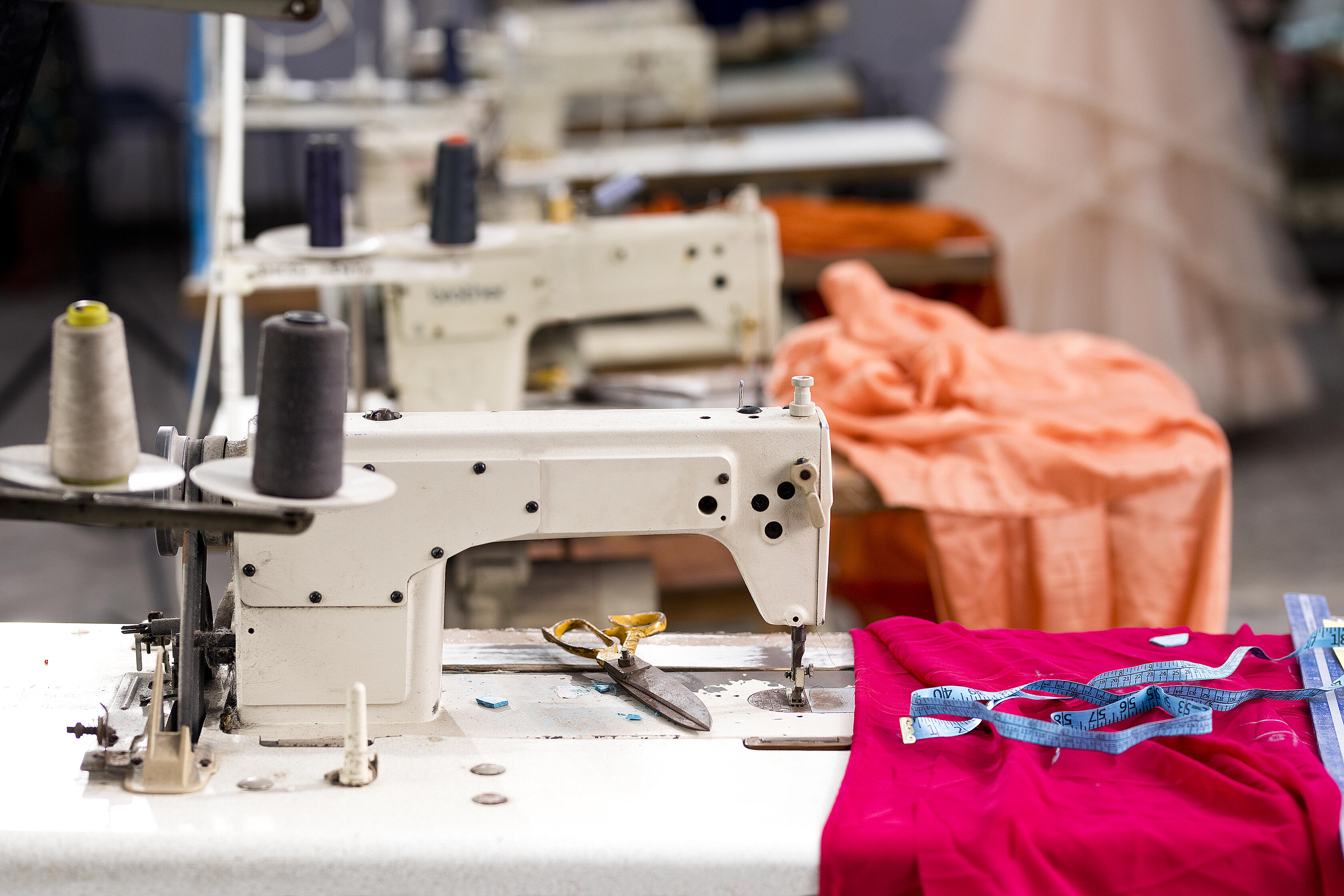 In our experience, while there are shared challenges, the regulatory and compliance landscape in South and South East Asia differs significantly from China’s. Issues of forced labour, sexual extortion, corrupt political donations, ties to organised crime and benami (or proxy) ownership occur in both regions to varying degrees across different sectors. The potential reputational fallout of outsourcing is significant – think of the garment sector in Bangladesh – and even more so as the pandemic has thrown issues of social justice into sharp relief. When it comes to conducting due diligence, there is considerable variation in the information environment as well. Vietnam, for example, is less transparent, while in India there is often an almost overwhelming amount of information (and misinformation) in circulation. Knowledge of the local context is important in both identifying and mitigating risks.

The regulatory and compliance landscape in South and South East Asia differs significantly from China’s.

For example, we investigated a South East Asian portfolio company on behalf of a private equity firm to determine whether the company was implementing planned anti-bribery policies. We discovered, however, that while bribery practices had been curtailed in-house, they had essentially been “outsourced” to the company’s suppliers.

Global developments have precipitated necessary changes to the way supply chains are structured, bringing with them opportunities and risks. Despite exhortations from politicians, commercial factors make total supply chain domestication impractical, and Asia Pacific continues to offer some of the most attractive investment opportunities. To successfully ‘de-couple’ from China will require considerable time and investment, and it will remain a key hub for advanced manufacturing and R&D for the foreseeable future. In the meantime, business leaders will need to evaluate their existing supplier relationships, gain insight into their ‘tier 2’ supply chains, and work with trusted partners to build their capacity to take on more volume and complexity in a sustainable way. If done right, diversifying supply chains is about more than having a back-up plan in a crisis, but about adding real value and re-balancing capabilities across the region over the long-term, to everyone’s benefit.