The best-performing emerging markets banks so far this year

Emerging market shares peaked in early 2021, almost a year ahead of the developed market equities’ zenith. The key sector driving the early emerging markets downturn was consumer discretionary. At the country level, China was the main culprit.

Emerging market banks have proved more resilient than the broader market, continuing to rise until February of this year. The post-pandemic economic rebound and the related normalisation in interest rates have buoyed the sector. However, Russia’s invasion of Ukraine has led investors to rethink the outlook for the sector – increased geopolitical tension, sanctions and supply chain disruption have placed increasing doubt on the sustainability of the economic recovery.

EM banks have outperformed this year 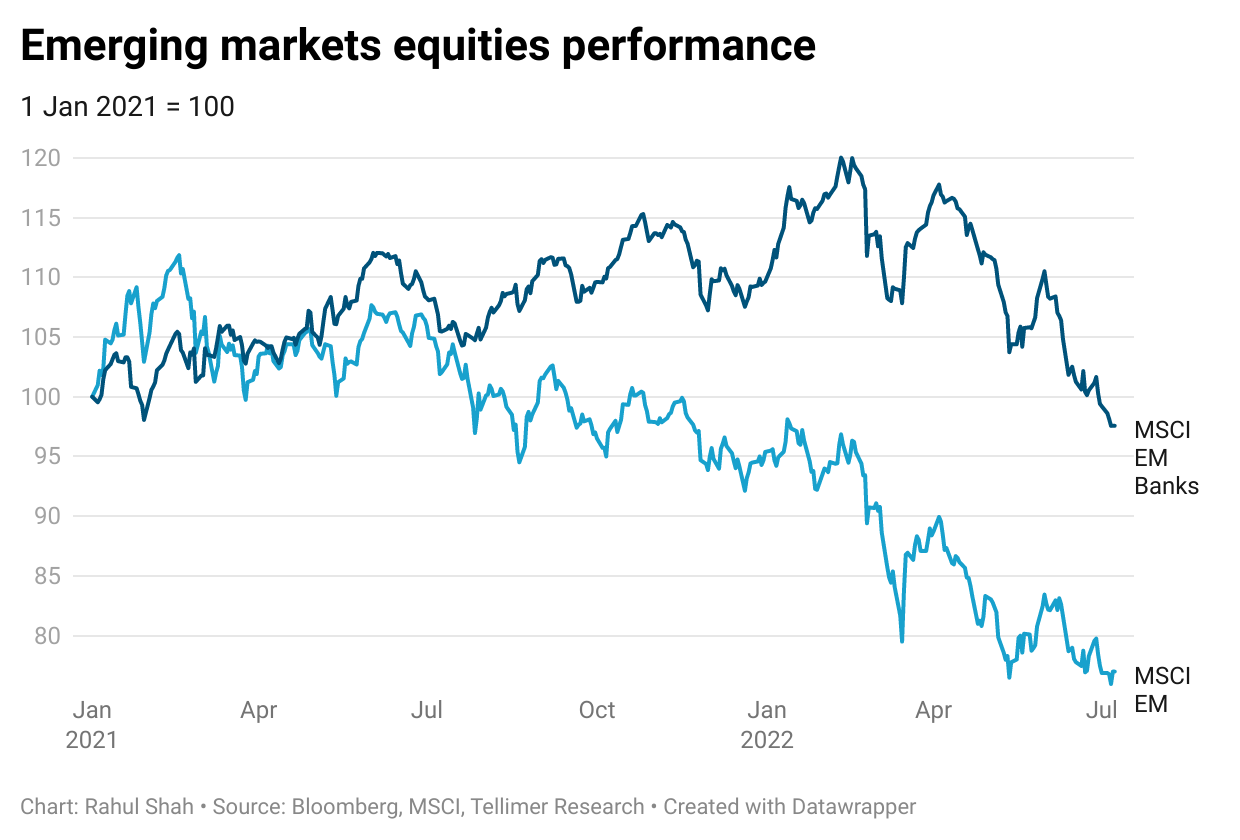 Comparing their year-to-date performance against other sectors places them towards the upper end, between real estate and consumer discretionary. 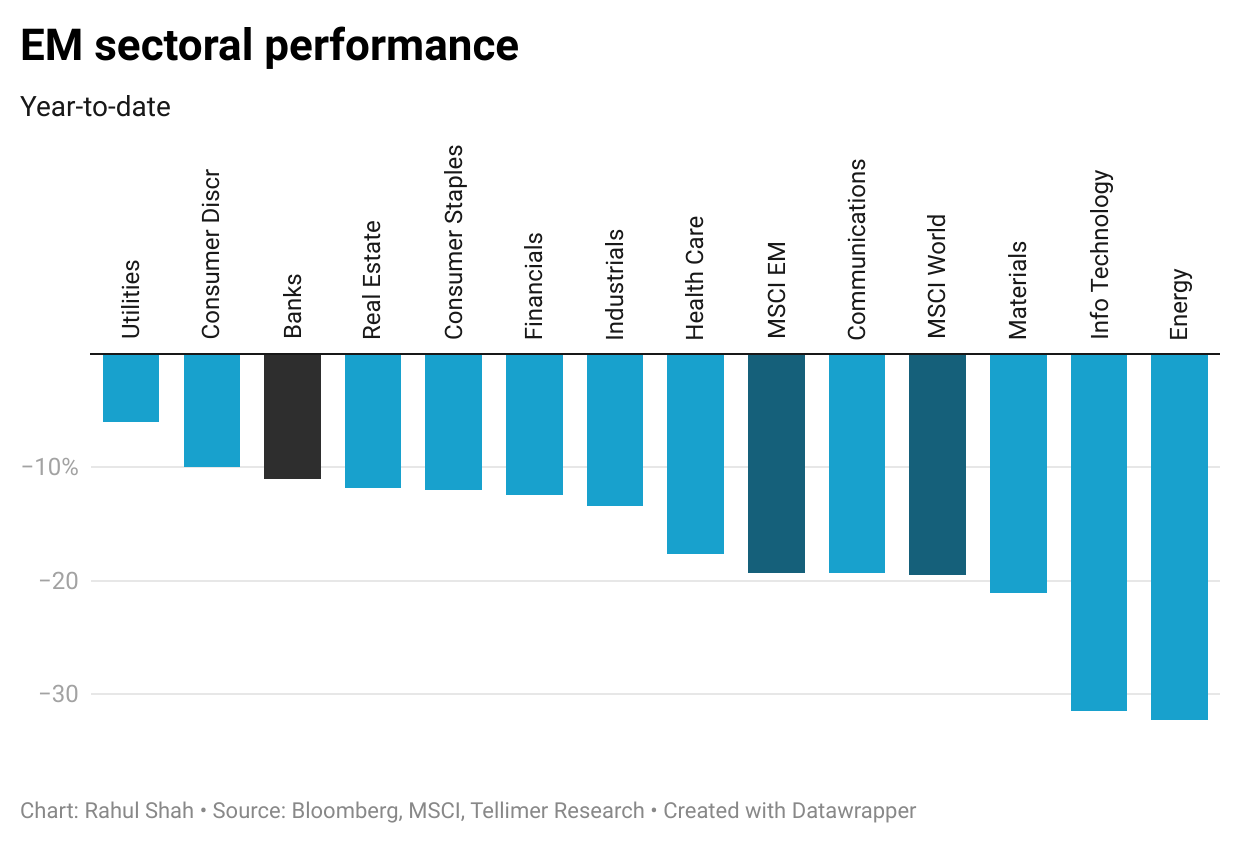 Banks in the Arabian Gulf and parts of Latin America have outperformed this year. The key reasons for this include the beneficial impact of higher interest rates on bank margins and the economic boost to commodity exporters from higher prices.

By contrast, banks in Central and Eastern Europe have tended to underperform this year, reflecting the economic disruption and damage to sentiment arising from Russia’s invasion of Ukraine.

Other weak performers include Egypt and Vietnam. In Egypt, the financials sector and real estate names have led the market lower. Tighter global monetary conditions reduce the attractiveness of the EGP carry trade, which increases pressure on banks to finance the public deficit. In Vietnam, the underperformance has occurred only in the past few months. Smaller, less liquid banks have been hit hardest as investors consolidate their exposures. 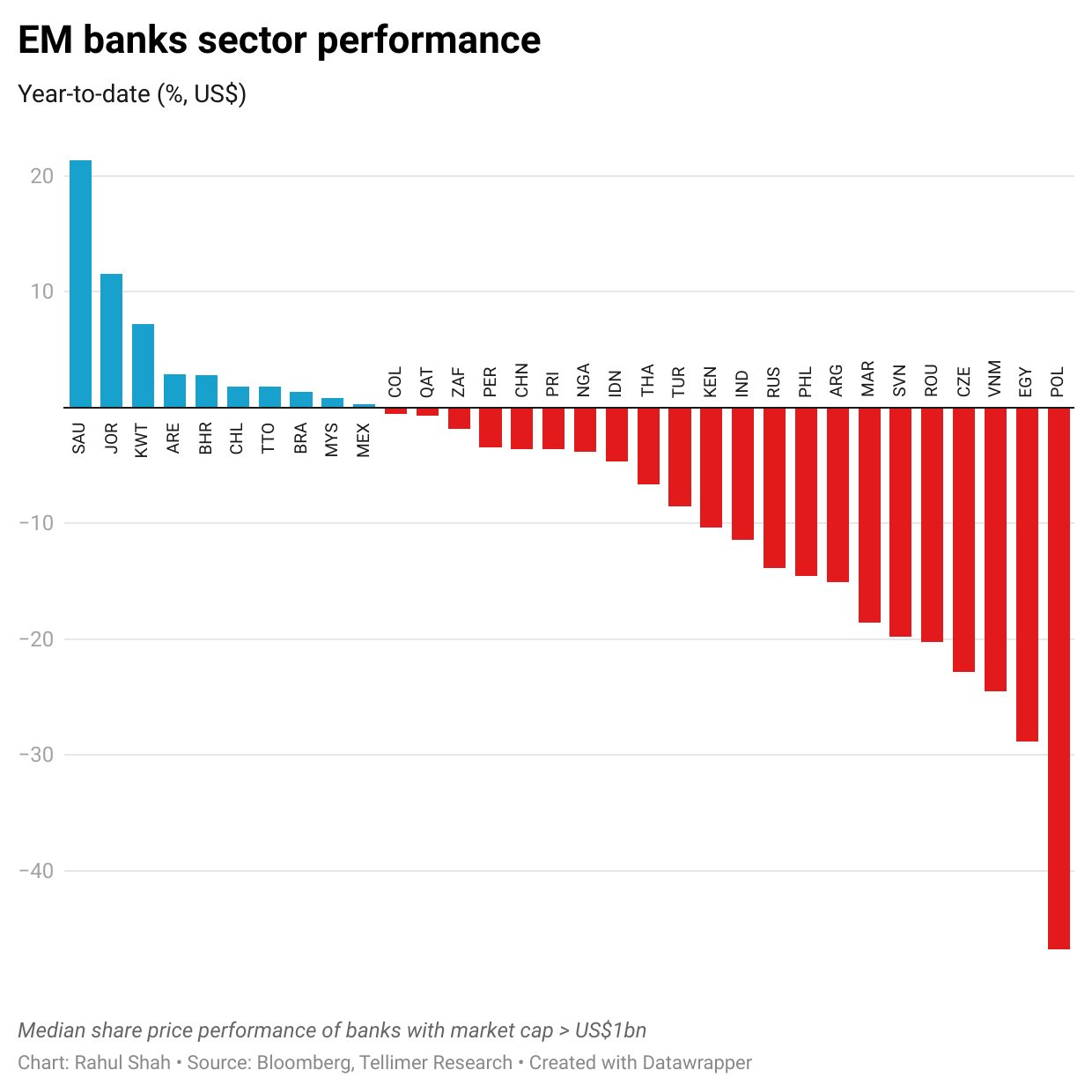 Saudi banks have been among this year's standouts

The chart below highlights the best-performing emerging market banks so far this year. Saudi banks occupy five of the top 15 places in the year-to-date performance ranking, making this the standout sector for investors.

We have previously highlighted that Saudi bank margins are positively geared to higher interest rates. The main reasons for this are their large stocks of non-interest-bearing deposits and a predominantly variable-rate corporate loan book. An additional tailwind for these names has been the elevated oil prices, which are beneficial for the public finances of this major oil exporter. In turn, this translates into improved corporate and consumer confidence. 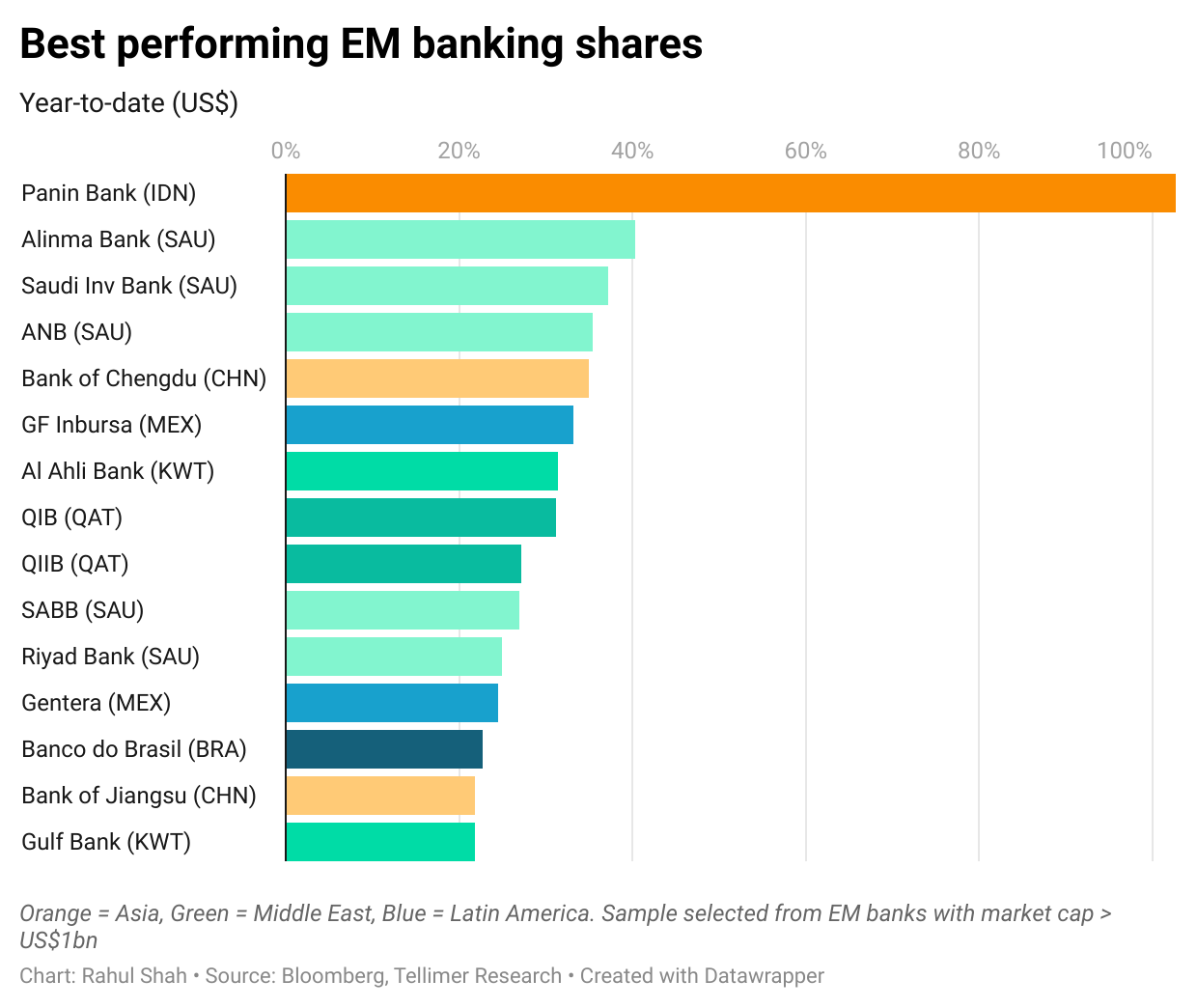 Other GCC banks have also benefitted from these trends. However, their margins tend not to be as positively geared to the monetary tightening cycle.