Brazil equities (IBOV Index) and FX rate are up year-to-date 8% and 3%, respectively. This compares with MSCI EM down 27% ytd.

But they remain cheap versus history, particularly in comparison with large emerging market peers: 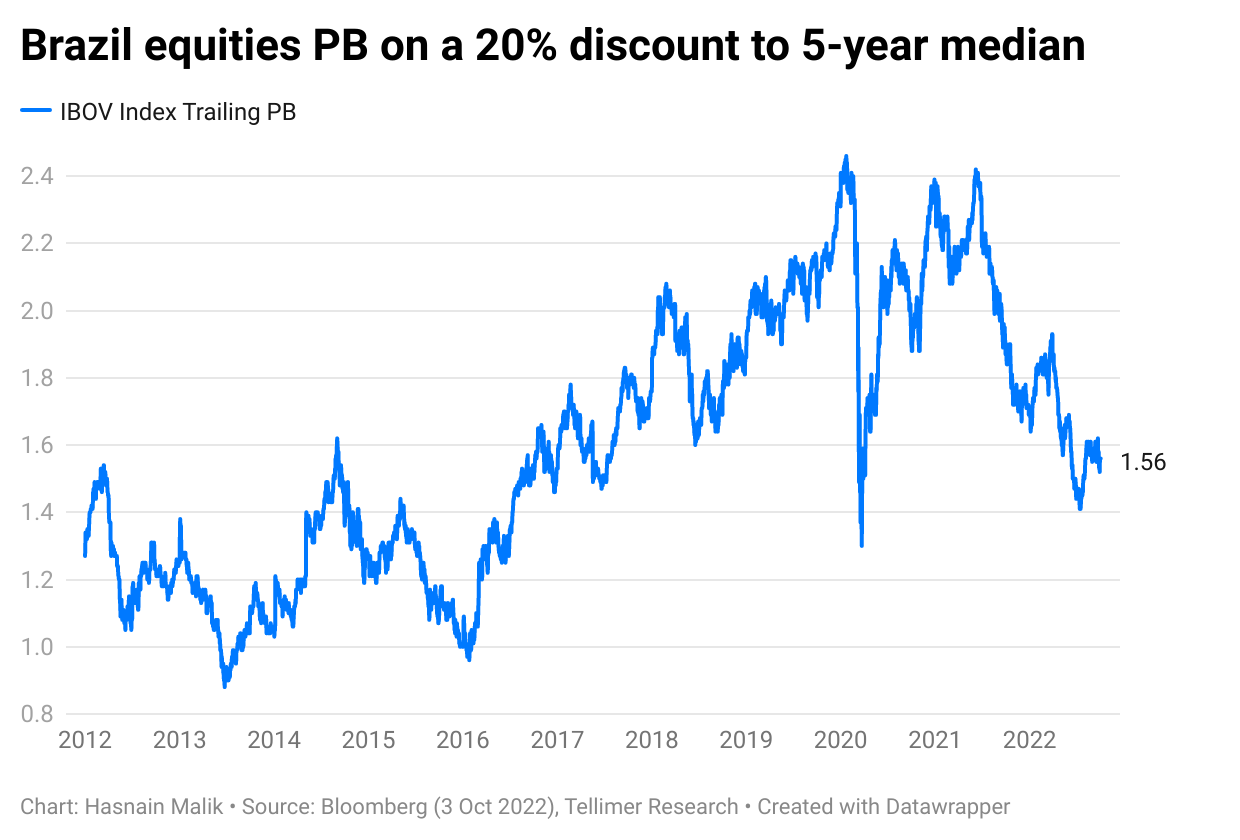 Amid US dollar strength, Brazil has, among EM, a unique combination of a positive real interest rate and cheap currency on real effective exchange rate measures.

Our positive view is based on the onset of LNG production and Mozambique's strong ability to pay, together with the government's prudent approach to macro-management. The IMF programme, which improves the outlook for donor funding, is the icing on the cake. The yield on the MOZAM ‘31s is 15.5% as of cob 30 September on Bloomberg (mid-price basis).

Nonetheless, there are risks, primarily the fragile security situation, possible social pressures (including arising from higher food and fuel prices), risks from higher inflation and currency devaluation (with concomitant risks to the debt burden given some four-fifths is external), the timing of LNG production, governance and capacity, and climate vulnerabilities. 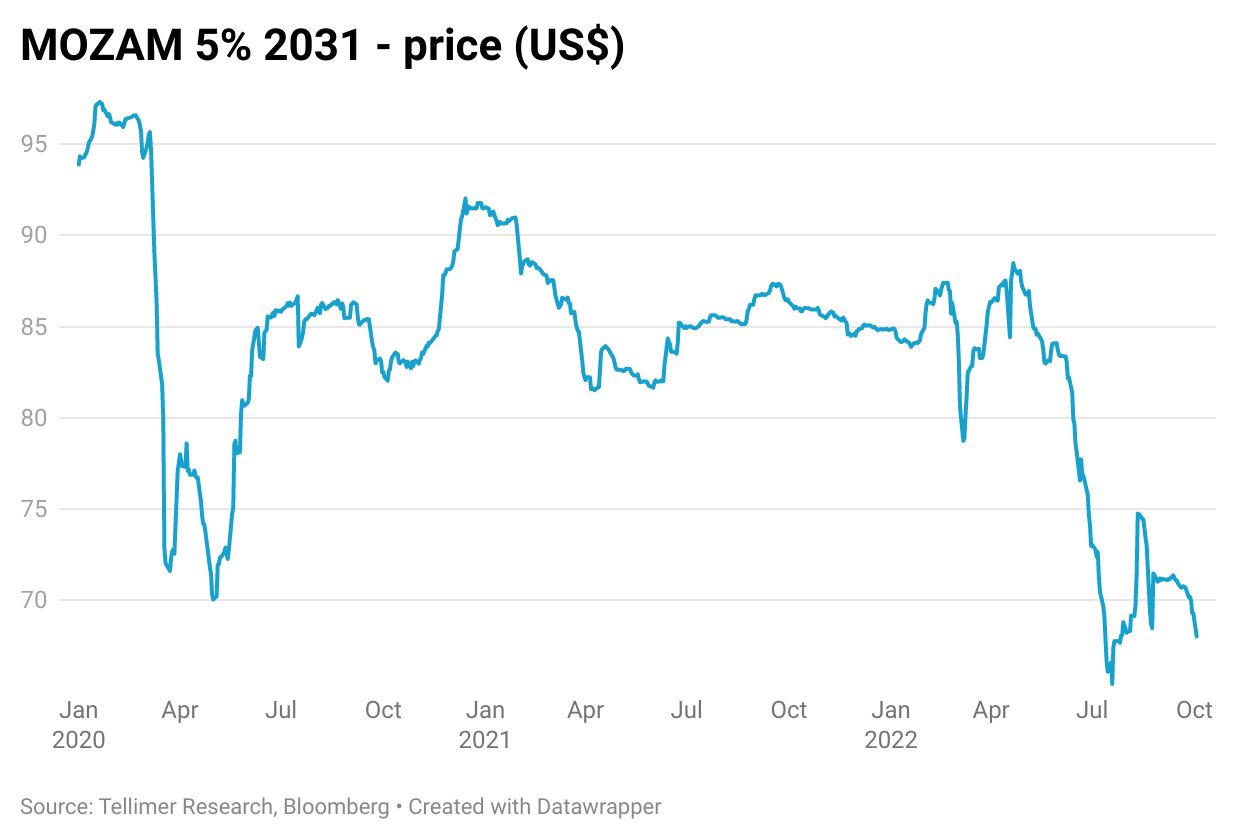 The chorus of those calling for a devaluation of EGP continues to grow amid rising external pressures. Since the currency was devalued by 15% in March, the Central Bank of Egypt (CBE) has allowed only limited further depreciation, which we have previously said (here and here) is key to avoiding a balance of payments (BOP) crisis and securing an IMF programme. 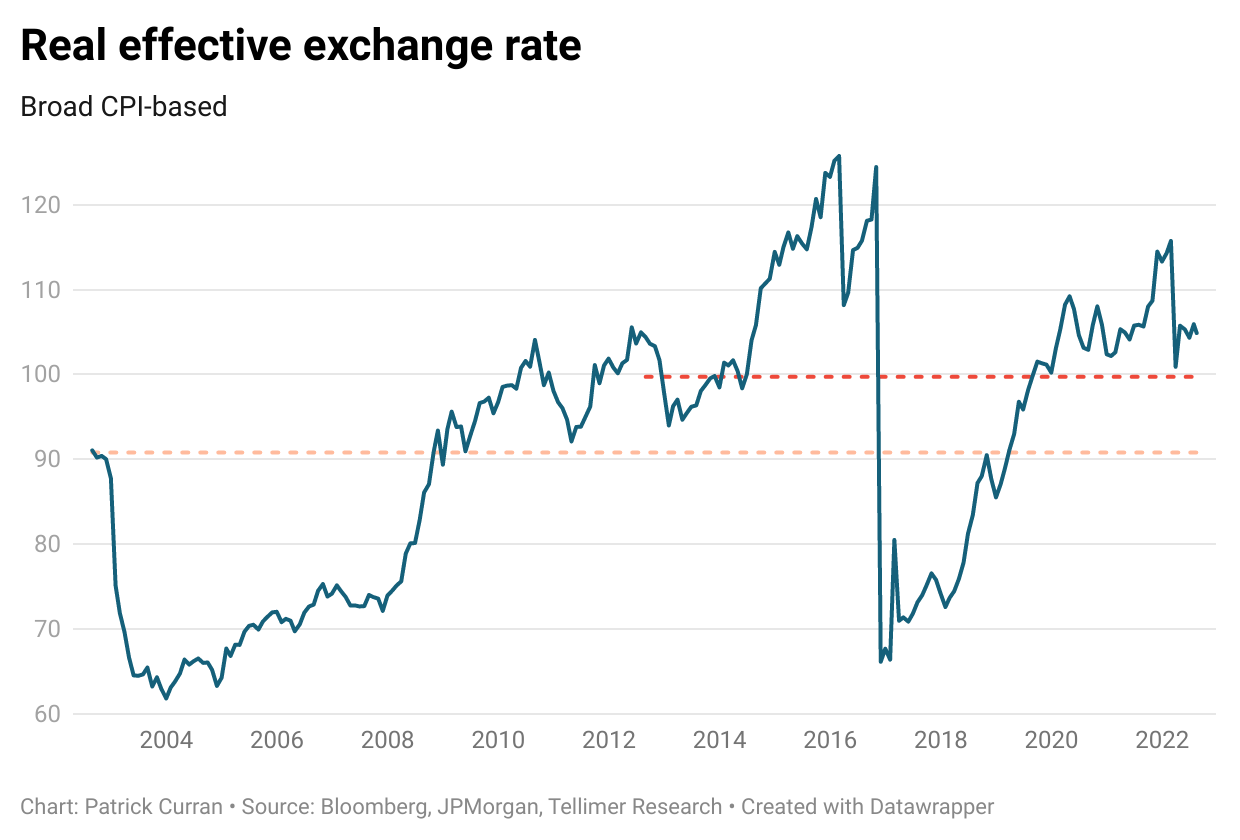 A rate hike at the bank’s latest meeting on 23 September would have been an encouraging signal of the CBE's willingness to rein in import demand and tighten liquidity ahead of a potential devaluation, although the required reserve hike means the opportunity wasn’t entirely wasted.

Moving forward, securing an IMF programme will be essential for Egypt to avoid a balance of payments crisis, which will almost certainly entail greater FX flexibility and may, in tandem, require a tighter policy stance to rein in external and price pressures and move Egypt’s real rate towards a sufficiently positive level to attract future portfolio inflows.

We reiterate our Sell recommendation on EGP and EGP-denominated government debt.

Higher interest rates have eroded the dividend yield advantage equities have held over risk-free assets for much of the past two decades. As a result, high-yielding equities have become more sought after, as evidenced by their outperformance in this year’s bear market.

We have identified 189 emerging market equities with market caps above US$2.5bn that offer dividend yields in excess of 6%. These names have declined by 6% year-to-date, substantially outperforming the 25% decline in the broader emerging markets equities asset class.

By country, China dominates, with a large proportion (44%) of these high-yielders. Latin America and Eastern Europe are also over-represented. 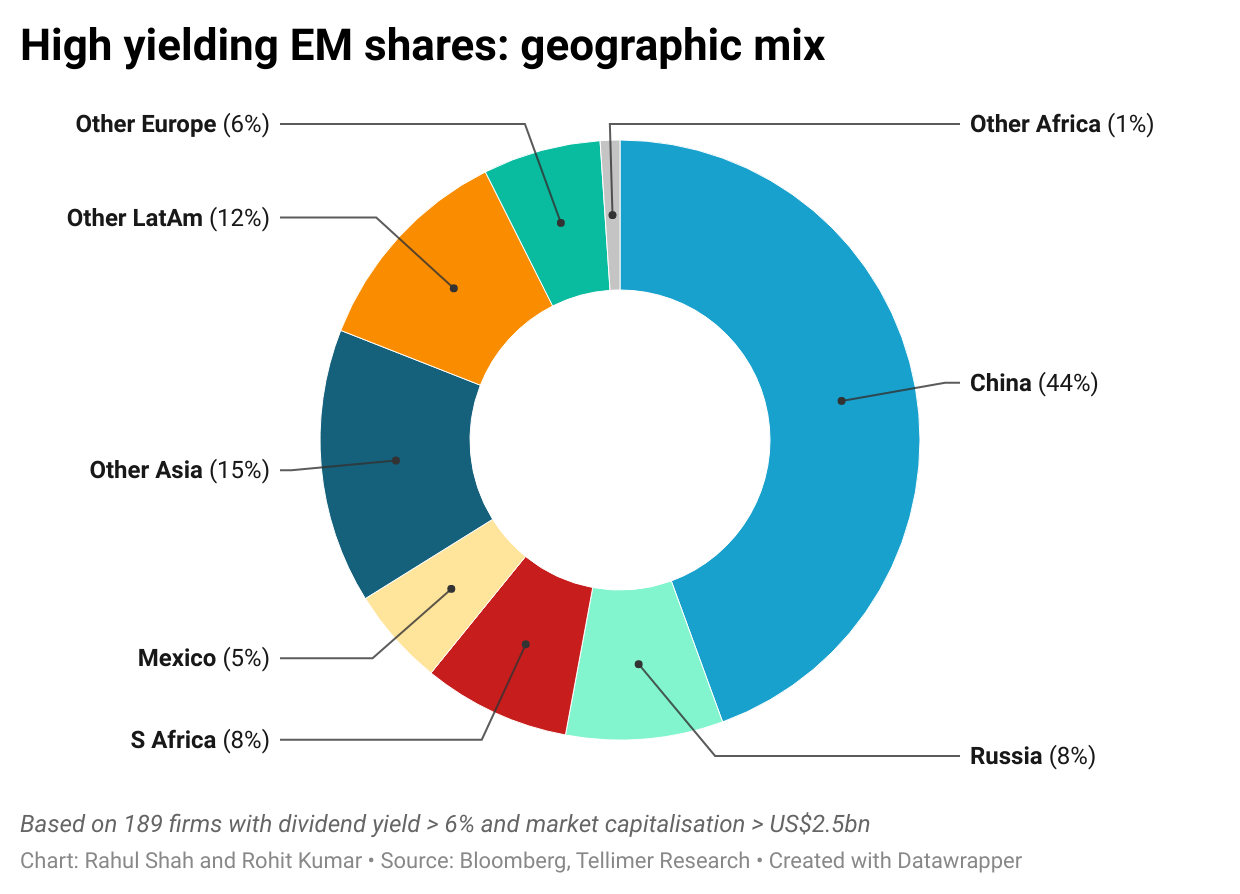 5. US dollar will remain on its perch 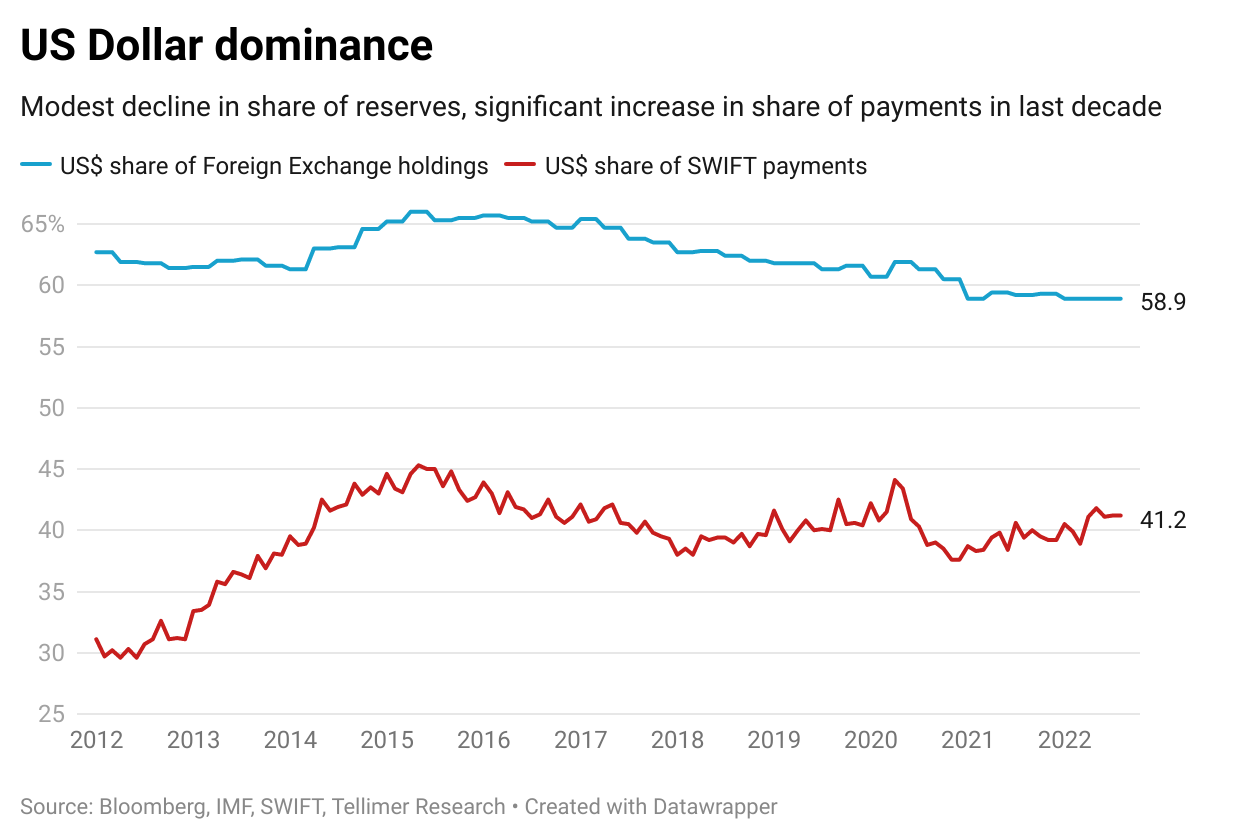 Challenges to its supremacy in foreign reserves and global trade are underway, but there is an awfully long way to go before there are alternatives (today's starting point is still a dominant one: 59% share of global foreign reserves and 41% share of international payments), whether existing currencies such as the euro or yuan, or new central banked-backed cryptocurrencies, that dethrone the dollar.

Report: US dollar is still on its perch as the dominant reserves and trade currency