In many respects, every other part of the public equity universe has lived in the shadow of mega Tech, even within large EM with the outperformance of China (mainly software applications like Alibaba), Korea-Taiwan (mainly hardware manufacturers like Samsung and TSMC) and small EM-FM Tech (eg Mercado Libre in LatAm, Sea in Asia, Yandex in Russia, Jumia in Africa).

In 2020, Covid-19 not only accelerated tech adoption, it also widened the gap in tech growth and access to capital relative to all other sectors which have been negatively impacted by Covid-19. As Microsoft CEO Satya Nadella stated, “As Covid-19 impacts every aspect of our work and life, we’ve seen two years’ worth of digital transformation in two months.” 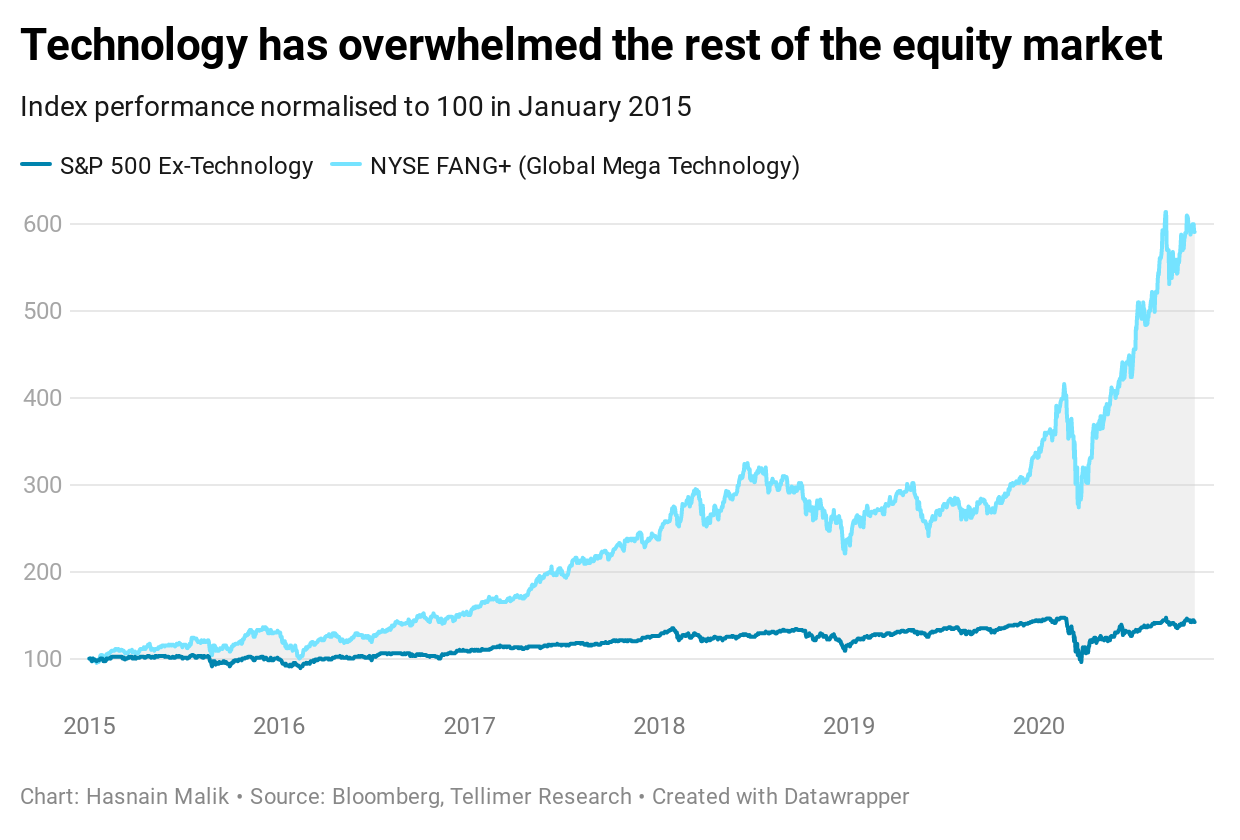 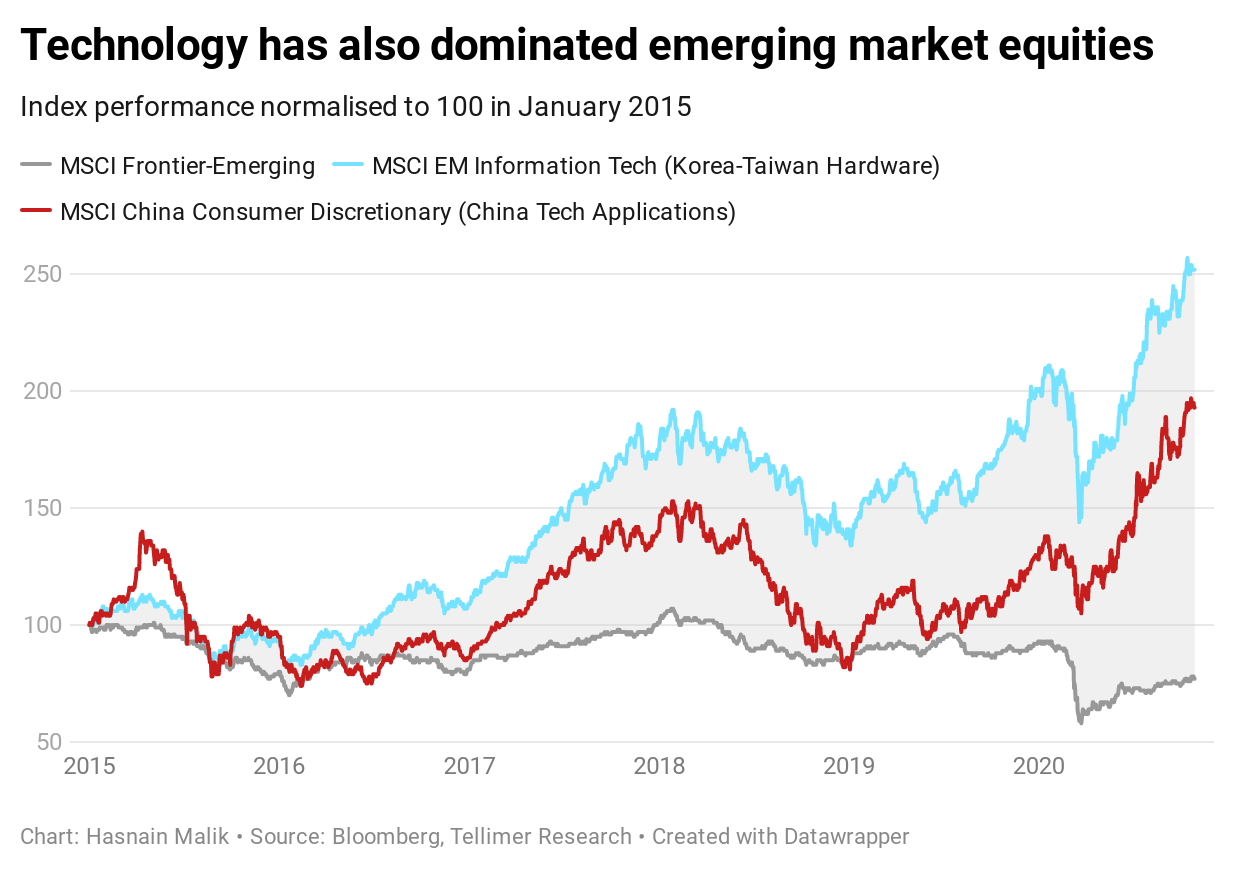 Major risks have intensified in 2020

However, there are three risks which have significantly deteriorated for the global Tech sector in 2020.

1) US antitrust scrutiny – The US Department of Justice filed an anti-trust lawsuit against Google's online search in October 2020. In some respects, this is quite a narrowly defined case and is very similar to the case against Microsoft's web browser (Microsoft’s version of the software which ultimately grew into the Google commercial juggernaut of online search, as we know it today). This is not a coincidence. The DoJ expects their chances of success are maximised by mirroring a precedent lawsuit. But the repercussions, whether the prosecution succeeds or not, are much wider because they could presage anti-trust suits against the other titans of US mega Technology. Note that the initiation of anti-trust proceedings against Google follows the 450-page report from a US Congressional committee (led by the Democrats), in which Google, Apple, Amazon, and Facebook were alleged to be undermining commercial and political freedom.

3) Intensifying territorial friction between China and Taiwan (Province of China) and others around the 10-Dash line, which may spill-over into operational risks for the Taiwan Tech hardware sector (which, in turn, is central to the global hardware sector).

And valuation multiples have expanded massively

Valuation multiples have become much dearer in Tech; ie the entry-price to access albeit superior growth has cranked up. 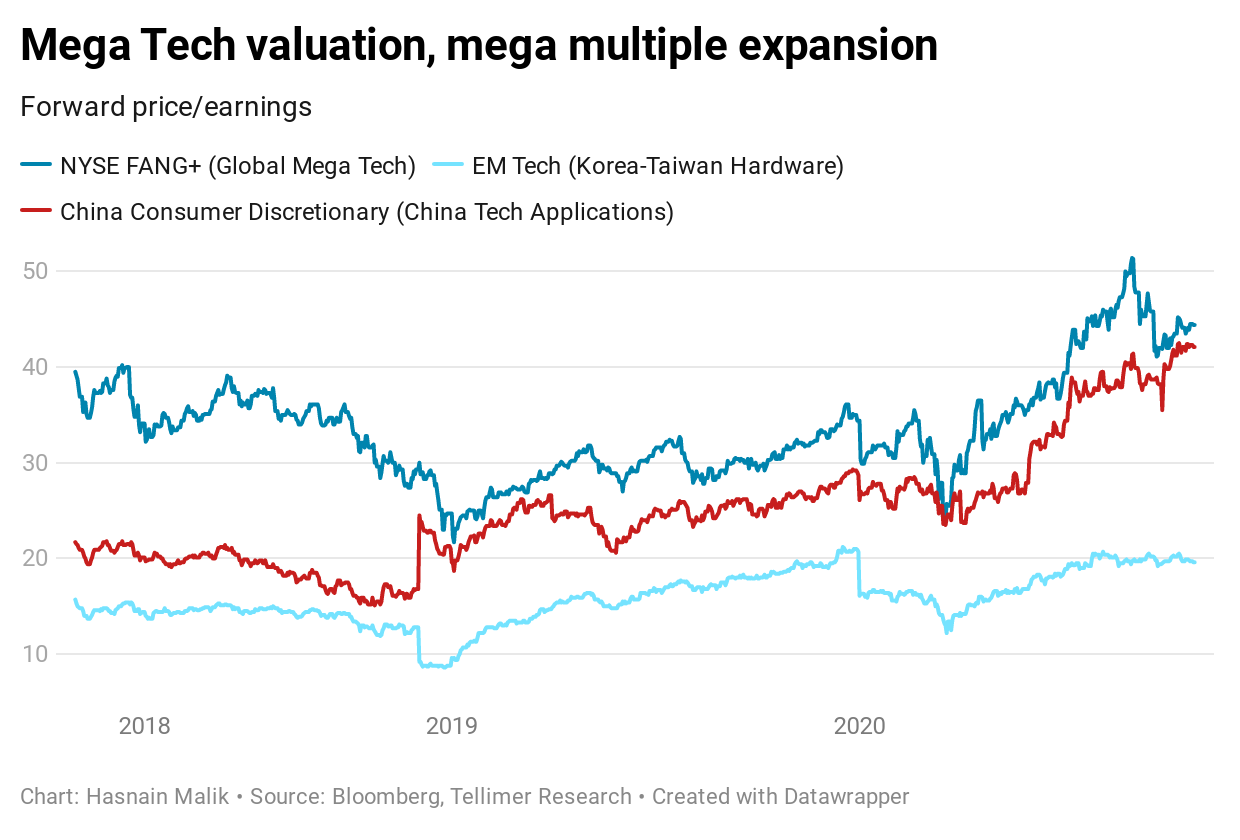 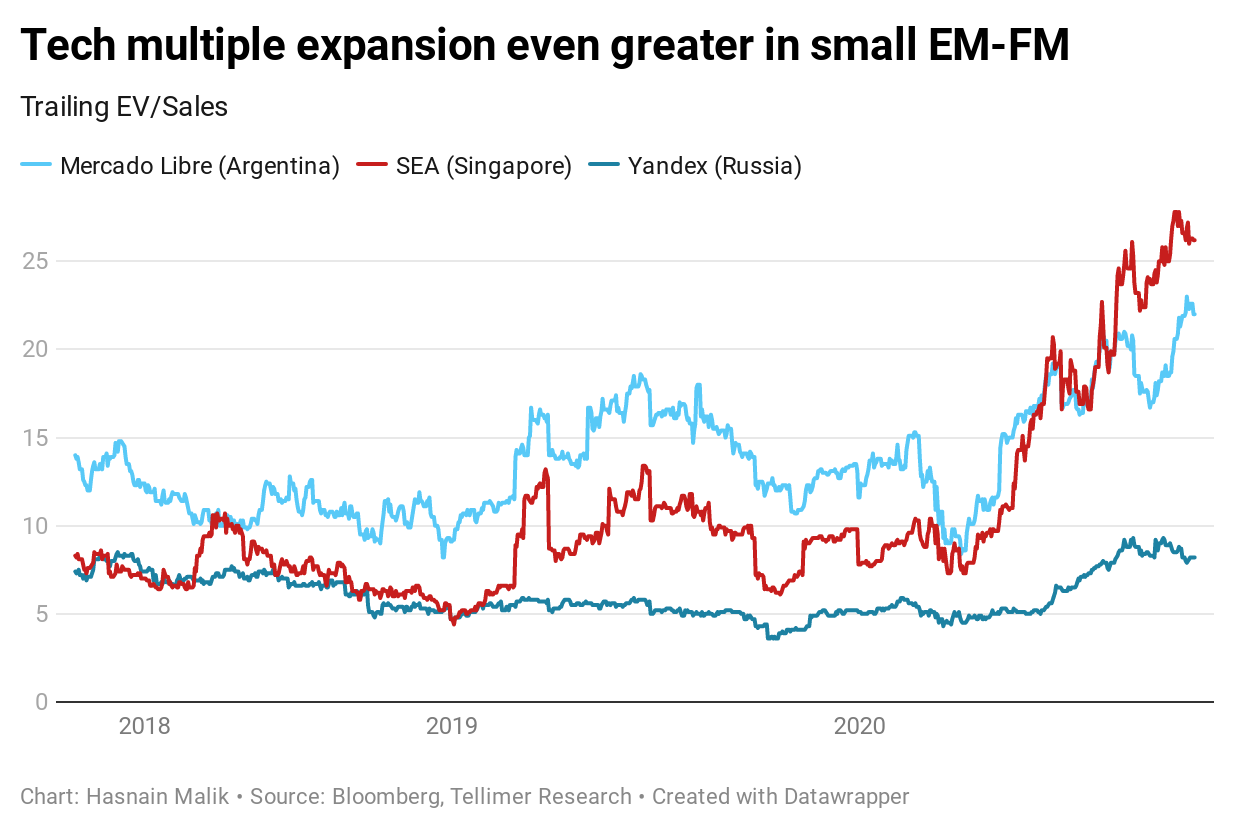