Tanzania: Slump in digital transactions is a short-lived negative

Tanzania's 2021/22 budget included an increase in taxes for digital transactions, which became effective on 15 July 2021. We anticipated a reduction in transaction activity in the first few months after implementation as consumers reacted negatively, but we expected transaction volumes to grow strongly thereafter, as these are services for which consumers have no feasible alternative.

Therefore, while the reduction in transaction volume of 38% between June and September is negative, we see it as short-lived as the government reduced the levies by 30% on 31 August.

We expect minimal impact on our covered banks in Tanzania, CRDB and NMB, as we believe the ease of digital banking continues to encourage its use despite the higher taxes, as was the case in Kenya.

However, our concern remains that from a regulatory standpoint, the continued growth of transaction volume despite the increase in taxes may make digital transactions an ongoing tax target in future. This remains a key risk for the digital payments space.

According to data from the Tanzania Communications Regulation Authority (TCRA), mobile money subscriptions fell by 1.2% between July and September 2021, following the implementation of the tax levies.

We consider this a negative given the subscription growth has already been anaemic in the recent past and the government should be keen to improve and accelerate financial access rather than increase costs. Tanzania currently trails its regional peers in financial inclusion with 28% of the population financially excluded.

Though both the communications and banking regulators are yet to release transaction data for the period, according to the GSMA (a global organisation unifying the mobile ecosystem) and data from its members, the value of P2P transactions between June and September 2021 fell 38%. Cash-out transactions reduced by 25%.

In our view, with the general market shifting to more digital payments, lower-end transactions will remain the least affected by increases in tax charges as these will transition to essential service payments. As such, customers are unlikely to eschew digital payments when they become the easiest mode of transaction for government and private businesses. We believe this will continue to support future growth in digital payments in Tanzania.

After the levy was reduced by 30%, the average cost of transaction reduced by only 15%, with operators limiting the cost savings they passed on to consumers.

Therefore, even with the reduction, the average cost of transaction has still doubled for P2P transfers, compared to prior to the levy in June 2021.

In our view, we expect digital transaction volumes to record declines in 4Q 21 but then begin to recover in FY 22 as consumers adjust to the new levy.

Relative to East Africa peers, GSMA estimates that Tanzania’s transaction fees are three times higher than East African peers on average. While regulatory risk remains a concern for Tanzania’s landscape in general, we do not expect the government to make steep tax adjustments in the near term which should cushion customers going forward. At the end of this report, we document the current tax charges on Tanzania’s mobile transactions.

Digital channels to remain a key income source for banks

Currently, 85% of Tanzanian banks' transactions (CRDB and NMB) take place on digital channels. The management teams at both entities are keen to increase the use of digital banking channels still further through investment in technology and the expansion of products available to customers. For both banks, over 40% of fee income comes from ATMs, mobile banking and agency banking. We expect this to increase in the coming years as financial inclusion improves and transaction volumes increase. 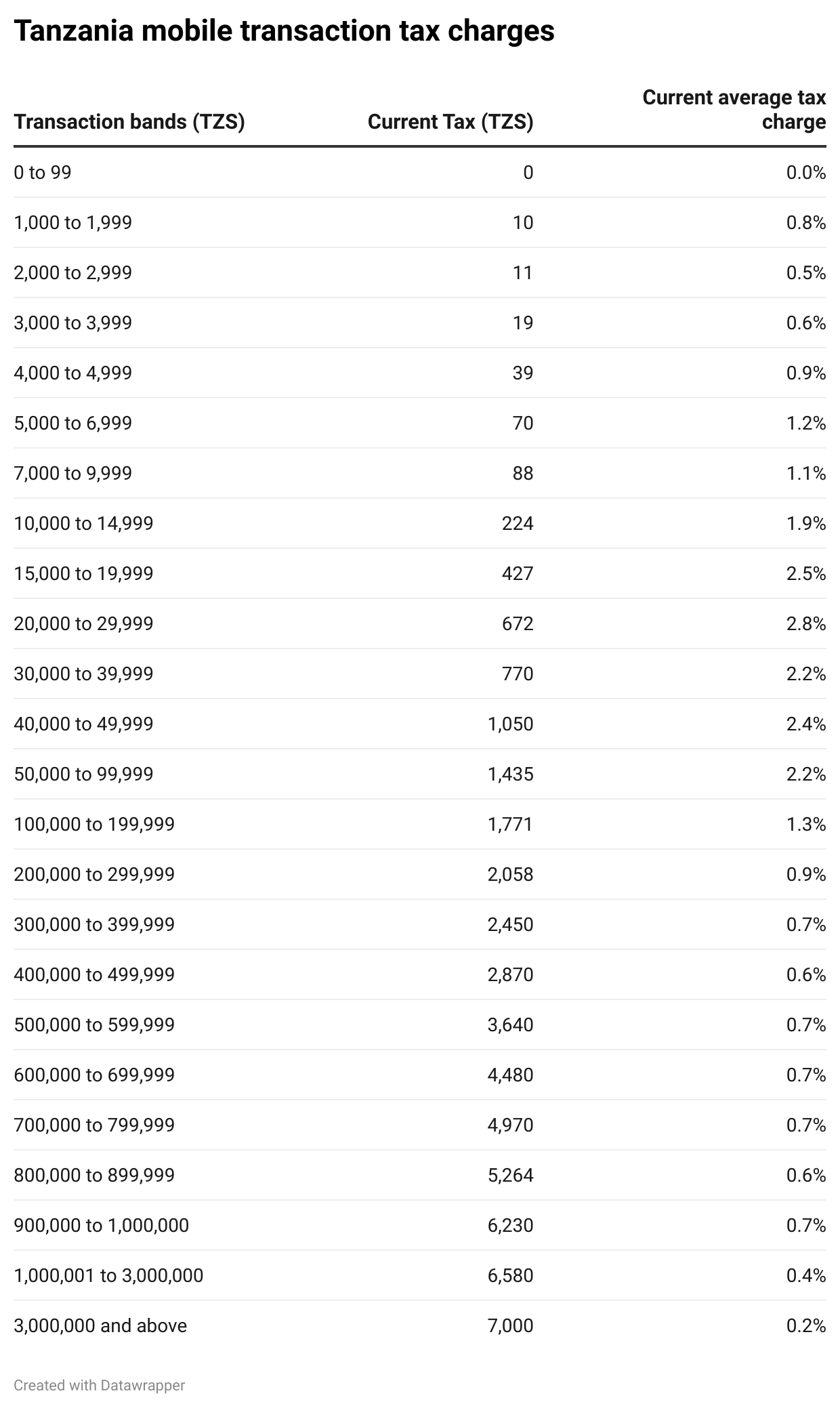