The Bank of Tanzania has released a circular outlining the new requirements for banks regarding the cost/income and NPL ratios over the next two years – this will affect dividend payments.

According to the circular, banks are required to have an NPL ratio lower than 5% and a cost/income ratio of a maximum of 55% by FY 22. A bank that fails to hit either target will be restricted from paying dividends. In our Tanzania banks coverage (NMB and CRDB), CRDB does not currently meet the FY 22 criteria for cost/income – its ratio stood at 61.6% at FY 20. 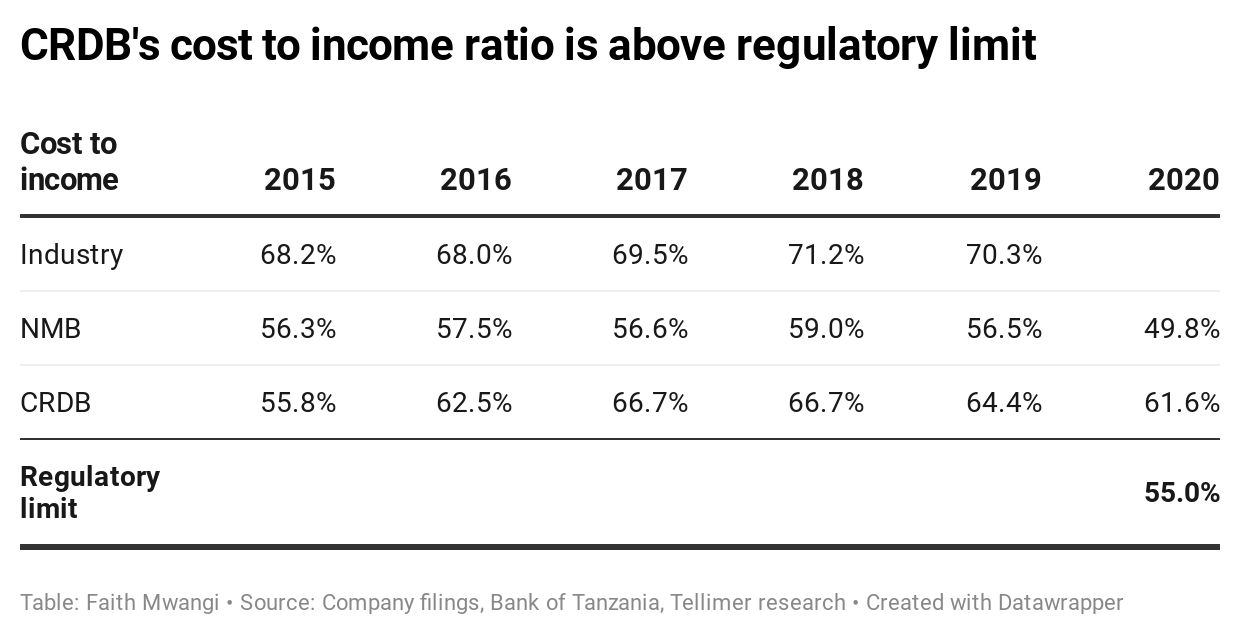 Comparing NMB and CRDB, we note that, while both banks have similar customer levels (3.3mn-3.5mn), CRDB runs a costlier business than NMB. CRDB’s cost structure is heavily focused on staff costs, which account for c58.8% of its total costs, compared with NMB’s 50.9%. To reach the regulator’s 55% cost/income threshold, we believe reducing staff numbers should be CRDB's first option. We believe the bank can leverage digital banking channels and operate with a smaller staff without damaging the customer experience.

The pandemic has of course accelerated the growth of digital banking, but NMB has managed to capitalise on that more than CRDB, with the bank maintaining the same staff levels even as it continues to expand its branch footprint.

As we have discussed previously, CRDB last year revived plans expand in the region, a strategy that we regarded as expensive and inefficient. With the cost/income limit set at 55%, the bank is will likely choose to put its expansion plans on the back-burner and, instead, pursue a leaner structure.

NMB and CRDB have similar customer levels, but the latter has a wider footprint and generates lower revenue per branch. CRDB's revenue per branch has remained relatively unchanged over the past three years, with the bank struggling to generate significant revenue from new outlets. In our view, management should focus on persuading clients to use digital channels and consider carrying cutting its number of branches. By early 2020, 86% of the bank's transactions were taking place on digital channels, which suggests a branch-rationalisation strategy makes sense. 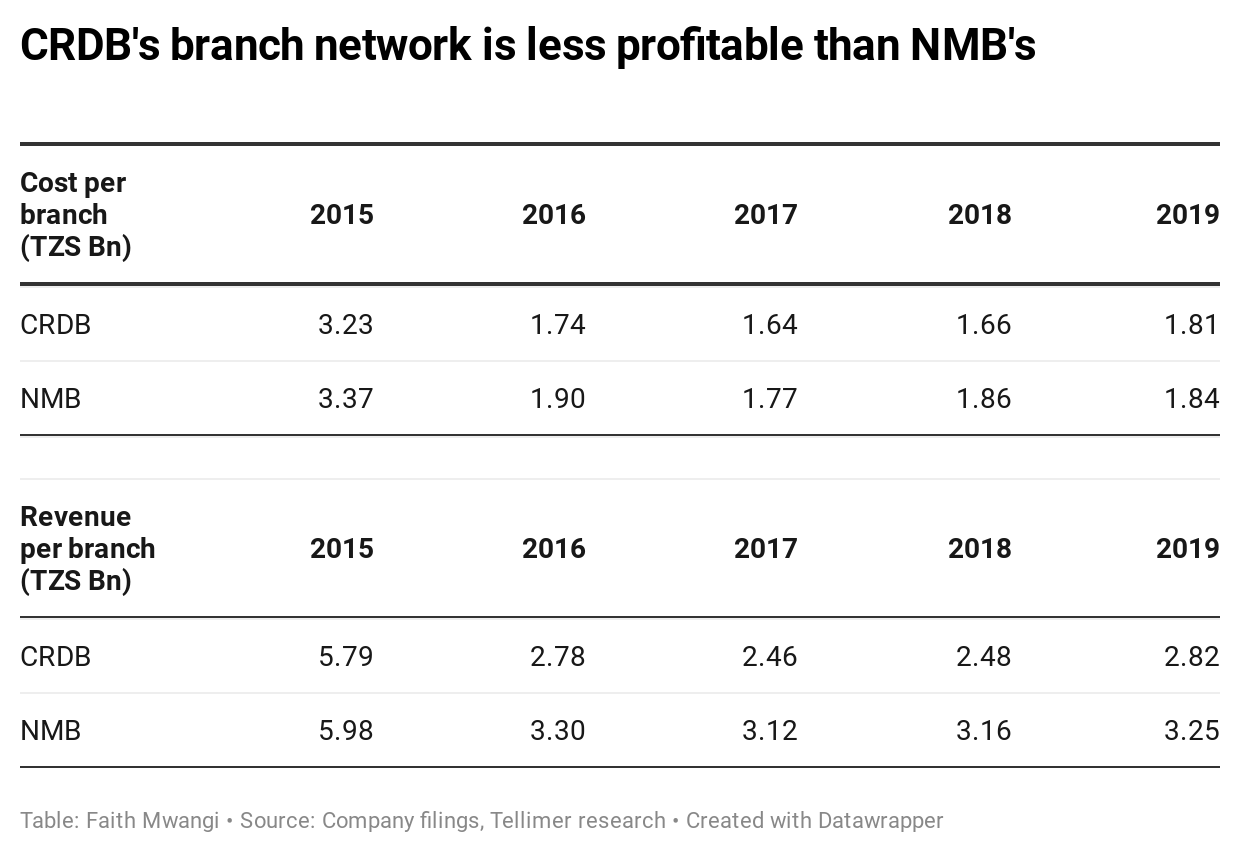 CRDB’s business has traditionally been focused on corporates, where net interest margins have been thin due to the negotiating capacity of corporate customers. The bank has, however, been focusing on increasing its profits in the retail segment, which accounted for c53% of PAT as of 2019, up from just 1% in 2015. The retail segment, though, is challenging because of the high infrastructure and staffing expenditure needed to support the business, as well as its weak asset quality and higher cost of risk.

Disappointingly, as the retail segment has improved, the corporate segment has weakened, with PAT recording a CAGR of -27% over the past five years. The corporate segment accounted for just 10% of PAT in 2019, compared with 47% in 2015. The main challenges facing the business unit have been the declining level of lower net interest income (on lower interest rates) and weakening asset quality. The unit has, however, delivered steady growth in fee and commission income and falling operating costs.

In our view, management should re-focus on the corporate segment given it already accounts for 27% of total assets. If the unit can record higher profitability in the coming years, then revenue will increase, in turn lowering the cost/income ratio.