14 May 2020
Published by Tellimer Research

The Bank of Tanzania, in its recently held monetary policy committee meeting, finally followed its regional counterparts and put forth measures to deal with the economic impact of Covid-19. We see the new measures as positive and believe they will support the banking sector.

So far, Tanzania has 509 cases, 183 recoveries and 21 deaths. Though the numbers are lower than Kenya (737 Covid-19 cases), the acceleration has been much faster than in other East African countries, with little regulatory action. We had highlighted this as a concern in our previous research.

The key regulatory changes made by the Bank of Tanzania include: 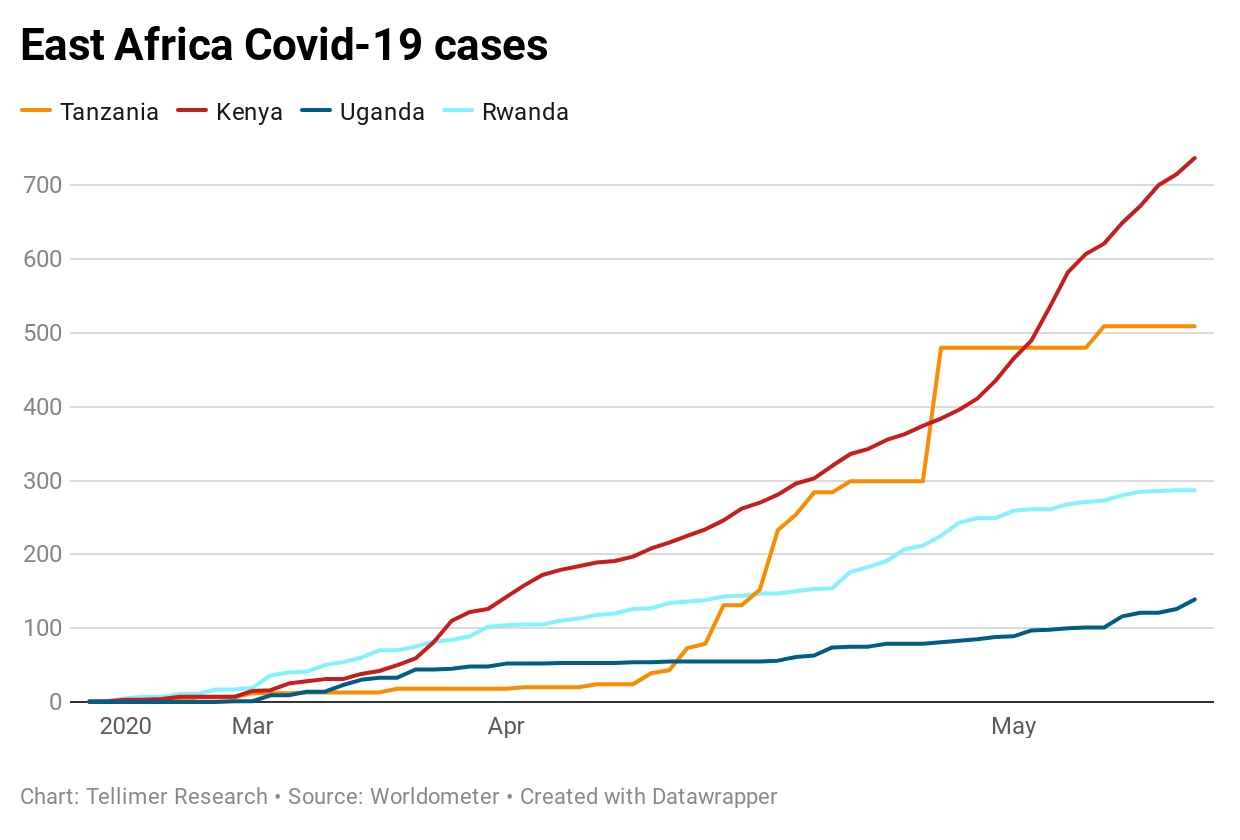