General elections were held in Suriname on Monday with early results pointing to a win for the opposition. Final results have still to be published by the election council, and counting has been slow and subject to delays. Yesterday, according to Bloomberg, the opposition urged the government to concede defeat while President Desi Bouterse called for a recount. A contested result, amid allegations of irregularities from both sides, could lead to unrest and a disorderly transition.

The election for the unicameral National Assembly of Suriname has returned preliminary results of: 20 seats for the opposition Progressive Reform Party (VHP), 16 for the ruling National Democratic Party (NDP), 7 for the General Liberation and Development Party, 4 for the National Party and 2 each for the Pertjajah and Brotherhood and Unity in Politics parties. These results are based on 70% of the vote being counted, according to reports on Wednesday. If confirmed, this sees an 11-seat gain for the VHP and a 10-seat loss for the NDP since the 2015 election. However, comparisons are more difficult to make this time, as coalitions such as the V7 and A-Combination have been dissolved since the last election. For instance, the VHP had been part of the V7, but left its previous alliance to run alone.

On Tuesday, opposition leader Chan Santokhi of the VHP claimed victory after 46% of votes had been counted, although a party or coalition needs a simple majority to take control of the National Assembly. The president is indirectly elected by the 51-seat National Assembly by a two-third majority. However, we don't know how long it will take to declare the final official results, or if they will be contested, and when a new president will take office (according to the 2026 bond prospectus, election results are typically certified one month after the election, and the president and vice-president are typically elected one month after the National Assembly takes power, so any transition could still take time).

Incumbent President Desi Bouterse of the NDP, and a former military dictator, has been president since 2010. Last year, he was sentenced to 20 years in prison, with Santokhi carrying out an investigation into political killings by Bouterse. The conviction has been appealed by Bouterse, and the case delayed until June due to the coronavirus pandemic. For now, the future of Suriname’s presidency remains unclear.

If the opposition win is confirmed and Santokhi assumes the presidency (although this might take time as mentioned above), this could have implications for the bonds, although they are already trading at distressed levels. Santokhi has previously pledged to restructure Suriname’s debt, according to media reports. The price of Suriname’s US$550mn international bond (9.25% 2026) has slumped to c30 from c90 pre-Covid-19; this might reflect a combination of election uncertainty as well as the domestic and global impact of Covid-19.

This situation – if Santokhi wins and follows through on his pledge on the debt after taking office –has echoes of Barbados in 2018, when a newly elected opposition government (under new Prime Minister Mia Mottley) announced a debt moratorium and the intention to seek a comprehensive debt restructuring and IMF programme (an intention to deal with the debt was in her party's election manifesto). Like Barbados at the time, Suriname faces large upcoming debt service payments. Suriname has a US$22.1mn debt service payment (coupon and amortisation) on the US$125mn private placement from December 2019 due on 30 June.

But there are some differences. First, Barbados had virtually run out of money, with reserves reportedly seven weeks' of imports when the new government took office, although Suriname's liquidity position has been somewhat fragile (and partly reinforced by expensive short-term commercial refinancing operations). Second, Barbados had a public debt/GDP ratio of about 150% at the time (subsequently revised up by the new government upon taking office to 175% after including arrears). Suriname's public debt ratio was 76% of GDP in 2019 (pre-Covid-19). Third, Mottley achieved a clean sweep in Barbados's elections, giving her a strong mandate. It is clear that the new Barbados government was well-prepared and well-organised and had a coherent plan of action from Day One. It also transpired that the new Barbados government had a strong reformist zeal and embarked on a strong fiscal effort under IMF tutelage. In contrast, Suriname's IMF programme in 2016 was short-lived and ended pretty badly, with the authorities suspending it before making the first review.

But even if Bouterse wins re-election, he will still have a huge challenge on his hands dealing with the economy and the debt, as well as his appeal. 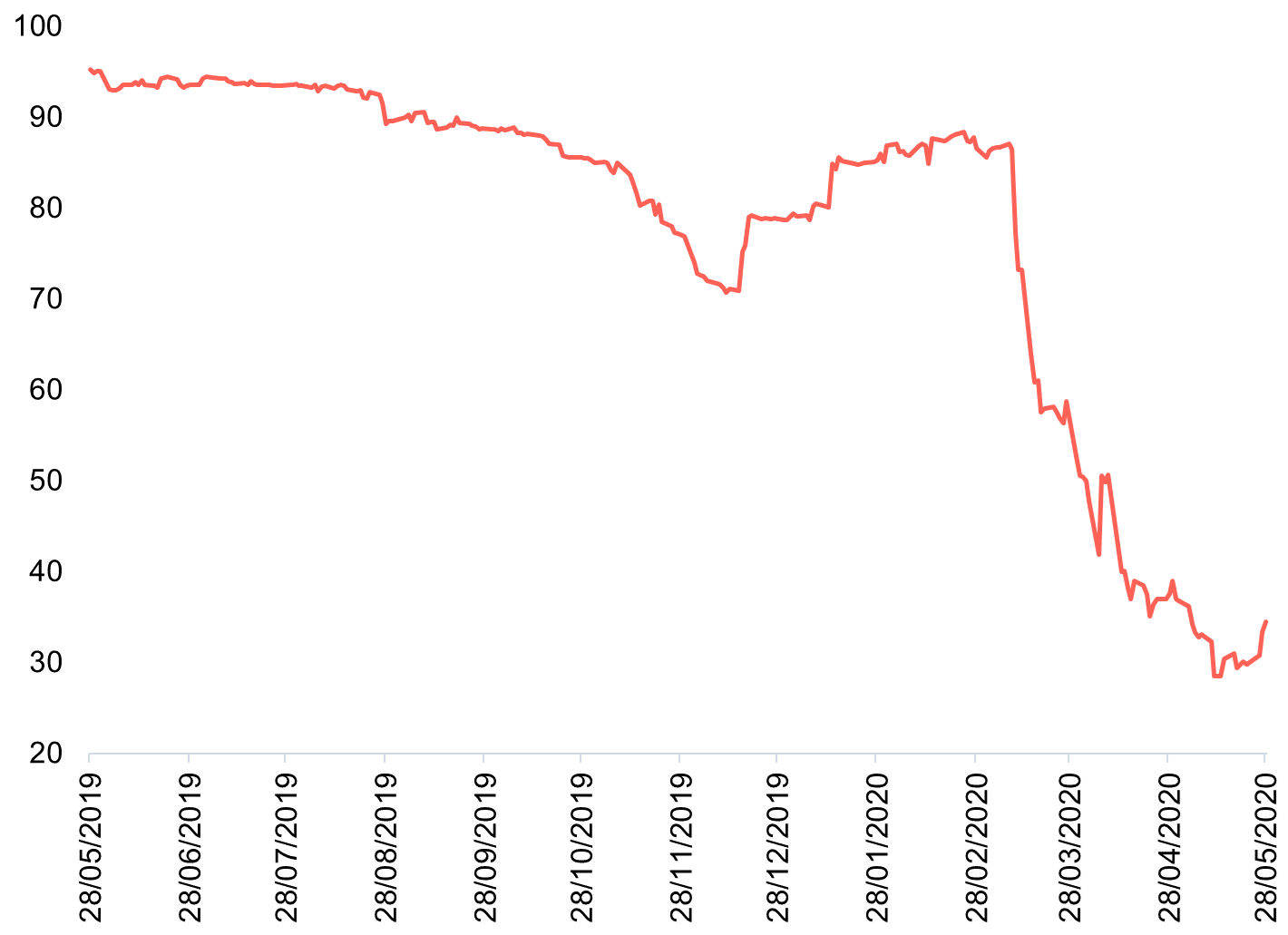