Stocks that will prosper in a food price spike

Covid has scarred the world in many ways. Skyrocketing food prices is an indirect effect of the Covid fight that has been underplayed, but we have been highlighting the steadily rising prices for the past year.

The UN's Food and Agriculture Organisation (FAO) index is now at its highest level since 2011. Several food staples such as pork and palm oil are at their highest level since the 2008-11 food price spike, which led to social unrest and coincided with the Arab Spring. 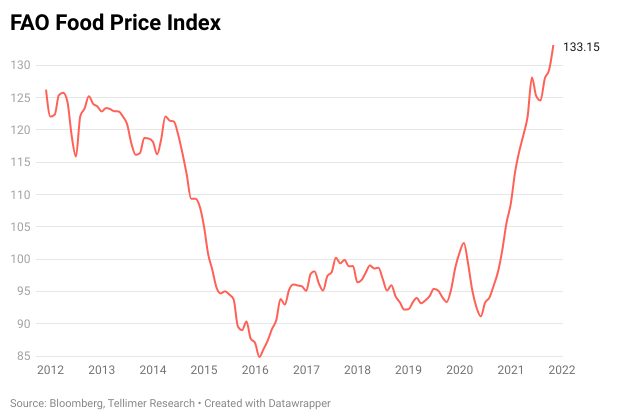 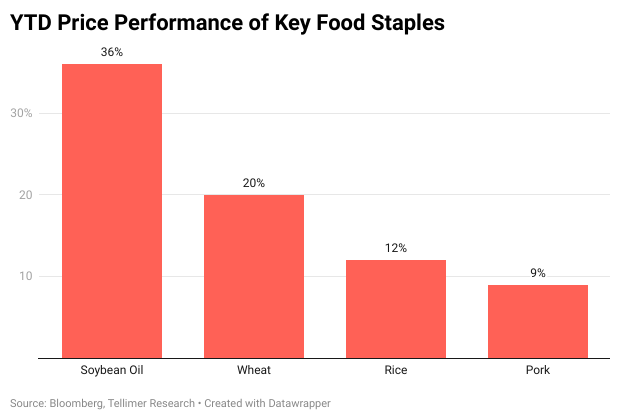 Reasons for the food price spike

The reasons for the food prices spike are related to Covid. But while Covid has caused supply chain problems, there are also longer-term causes, including environmental and demographic factors.

On the demand side, the measures taken to tackle Covid fired the starting gun for the latest run-up in commodities. Emerging economies such as India, China, Brazil and Russia are consuming more food, and government stimulus packages should support commodity prices. Recent developments have strengthened our confidence in higher commodity prices.

On the supply side, there is historic underinvestment in both industrial and agricultural commodities worldwide. The Food and Agriculture Organisation of the United Nations (FAO) estimates there must be a 70% increase in food production worldwide by 2050 to match the increase in population. This may be a challenge. Agricultural productivity has suffered due to a decline in arable hectarage in developing countries.

There have been poor harvests in both developed and emerging markets. In India and China, which represent two-fifths of the world's population, exceptional weather conditions have affected food security.

Heavy rains in India have damaged crops, while flooding and landslides destroyed paddy fields in Maharashtra in July and August. Thousands of acres of arable land have been affected. Meanwhile, in China, the main vegetable-growing provinces have been badly hit by floods.

3. Commodity finance has been strained in Covid

Many banks are restricting trade finance in the wake of bankruptcies. This is also increasing the pressure on commodity traders.

4. Food prices may escalate further due to the dislocation and lack of finance

The trade finance crunch could further tighten the food supply situation. The food market is facing export curbs at the same time as supply chain dislocation.

Food prices rose sharply in 2008-11, and the drivers were broadly similar to today:

We have identified seven companies that act as proxies for food prices, enabling investors to get exposure to a food price rally. They are either primary producers or processors that can pass on price increases. 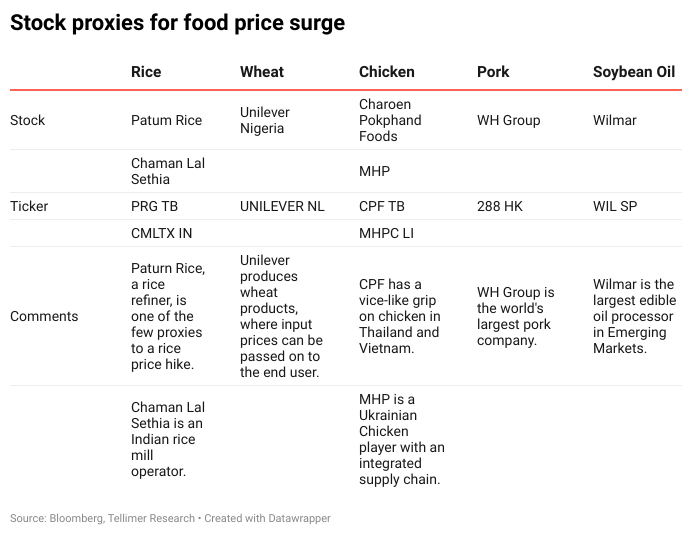