This week, Grab, Southeast Asia’s most valuable start-up, is set for the largest merger between a private business and a SPAC. The listing could take place through Altimeter Capital, which has two listed SPAC vehicles, and the deal will value the SoftBank-backed technology group at c$35bn, according to Bloomberg.

Grab is based in Singapore and has operations in Southeast Asia. Its business includes ride-hailing, food delivery and digital payments.

Last Friday, another Southeast Asian Tech unicorn, Traveloka, announced plans to list through Bridgetown Holdings, another SPAC. Bridgetown is a US-listed SPAC promoted by billionaires Richard Li and Peter Thiel, while Traveloka is a travel and e-commerce platform that has been described as the Expedia of ASEAN. It operates in eight markets in Southeast Asia and the projected valuation is US$5 billion.

Bridgetown has also set its sights on Indonesian e-commerce star Tokopedia, with a merger on the cards with Gojek, according to Bloomberg. Other promoters of Asian SPACs include Citic Capital and Raymond Zage.

These deals underline the rise of SPACs focusing on EM Asia

At least 20% of the SPACs that have raised funding in the past two years are targeting EM Asia (see the table below for a selection), with c10-12 SPACs focusing on the Asian tech scene specifically. 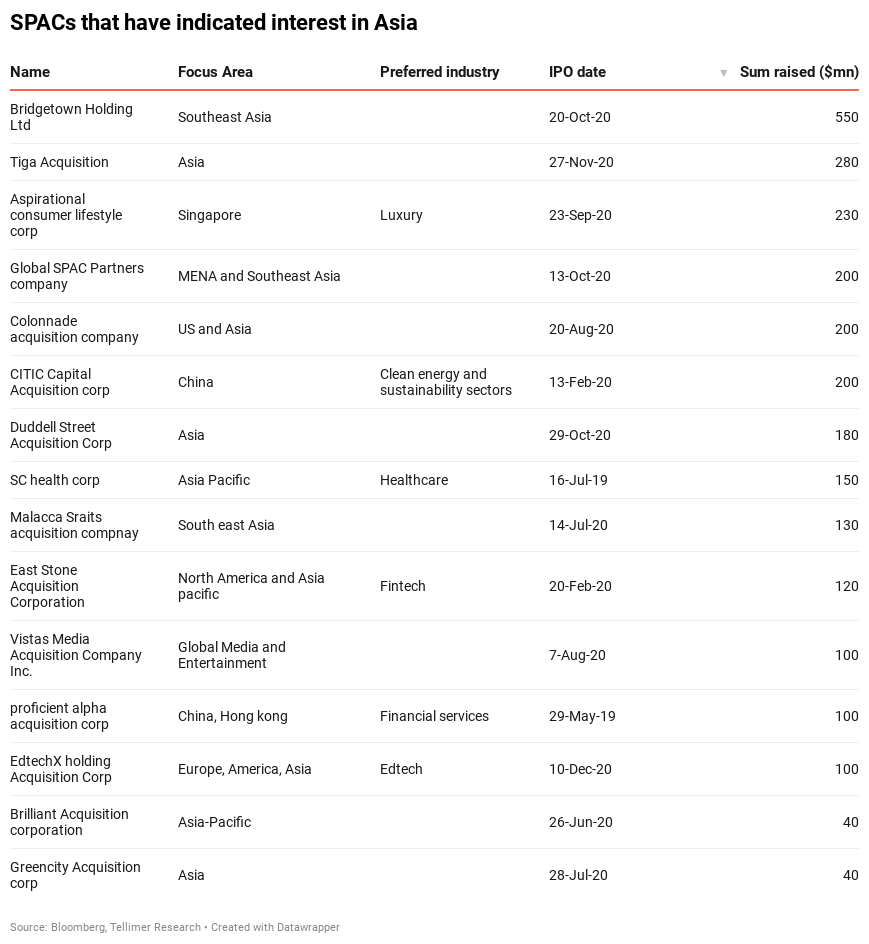