Sovereign defaults and distress in 2022

We count five sovereign bond defaults this year, after two in 2021 and six in 2020, although we should be careful not to generalise from this given that three of these (Russia, Belarus and Ukraine) are due to very specific circumstances that investors have been able to differentiate. Russia's (and Belarus's) largely follow the implementation of international sanctions following Putin's invasion of Ukraine that have blocked payments to bondholders, while the war has eroded Ukraine's ability to pay.

Meanwhile, the fourth (Sri Lanka) had long been anticipated in the aftermath of the pandemic, due to the authorities’ weak pre-emptive policy response, and the war in Ukraine finally pushing it over the edge.

In addition, Ghana announced on 19 December the suspension of payments on certain external debt, including its eurobonds, pending an orderly restructuring. While the timing and manner of its announcement may have come as a surprise, it follows the authorities’ announcement on 28 November that it will seek to restructure both its domestic debt and foreign bonds, which in turn followed heightened speculation over preceding months of a looming default. More details on the external debt restructuring are expected at a later stage. Ghana’s domestic debt exchange was launched on 5 December (the deadline has since been extended to 30 December). 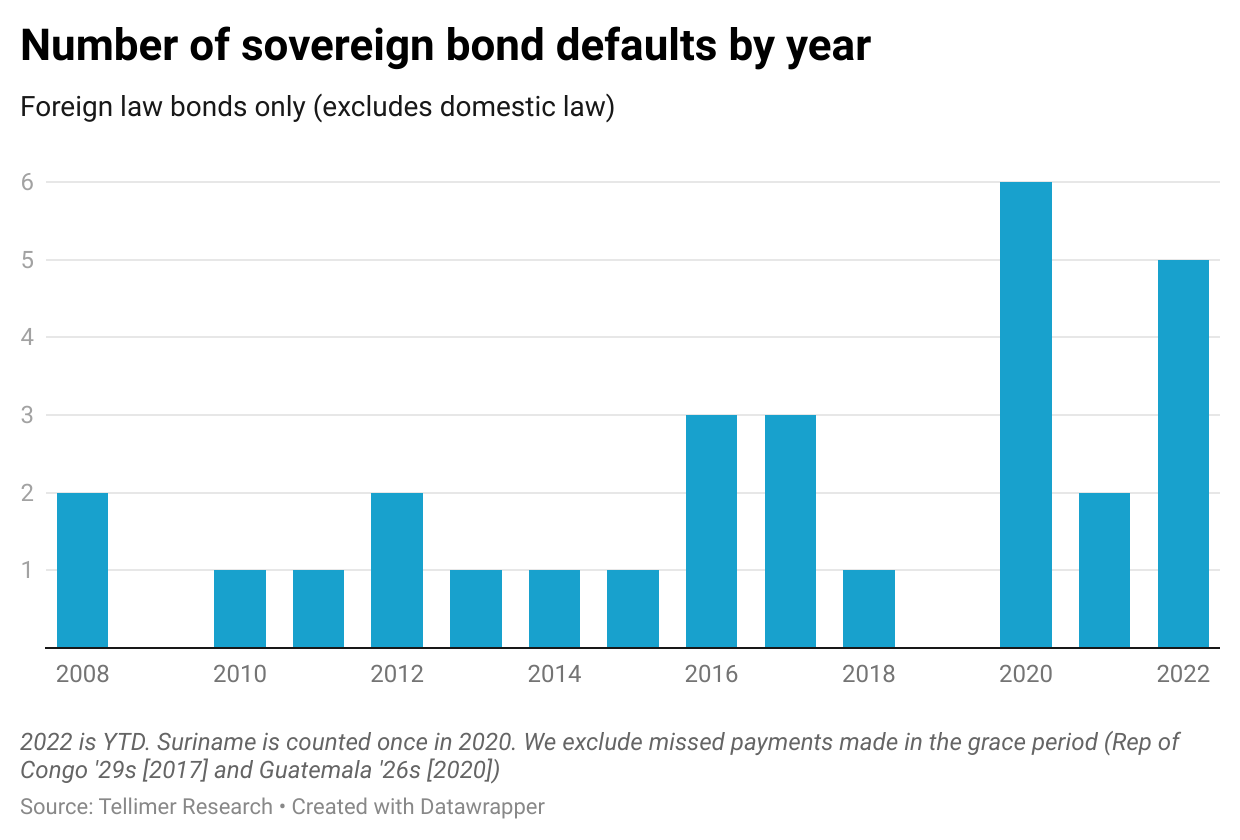 Elsewhere, Malawi also recently confirmed its intention to restructure some of its debt, including commercial debt, as part of its IMF engagement, although – like Chad – it doesn’t have any foreign bonds. Its commercial debt takes the form of loans from regional development banks. Curiously, in our view, neither Ghana nor Malawi have mentioned their restructurings being done in the context of the Common Framework.

Meanwhile, another default candidate Ethiopia – which is still seeking a Common Framework debt treatment, two years after its request – remains current. Chad announced a restructuring agreement under the Common Framework in November, including for its commercial debt, although it doesn’t have any bonds.

As a result, we now count eight countries as currently being in default on their international bonds – Venezuela (since 2017), Lebanon, Suriname and Zambia (2020), and Belarus, Russia, Sri Lanka, and now Ghana (2022); nine if we include Ukraine after its consent solicitation agreed to suspend payments for two years. 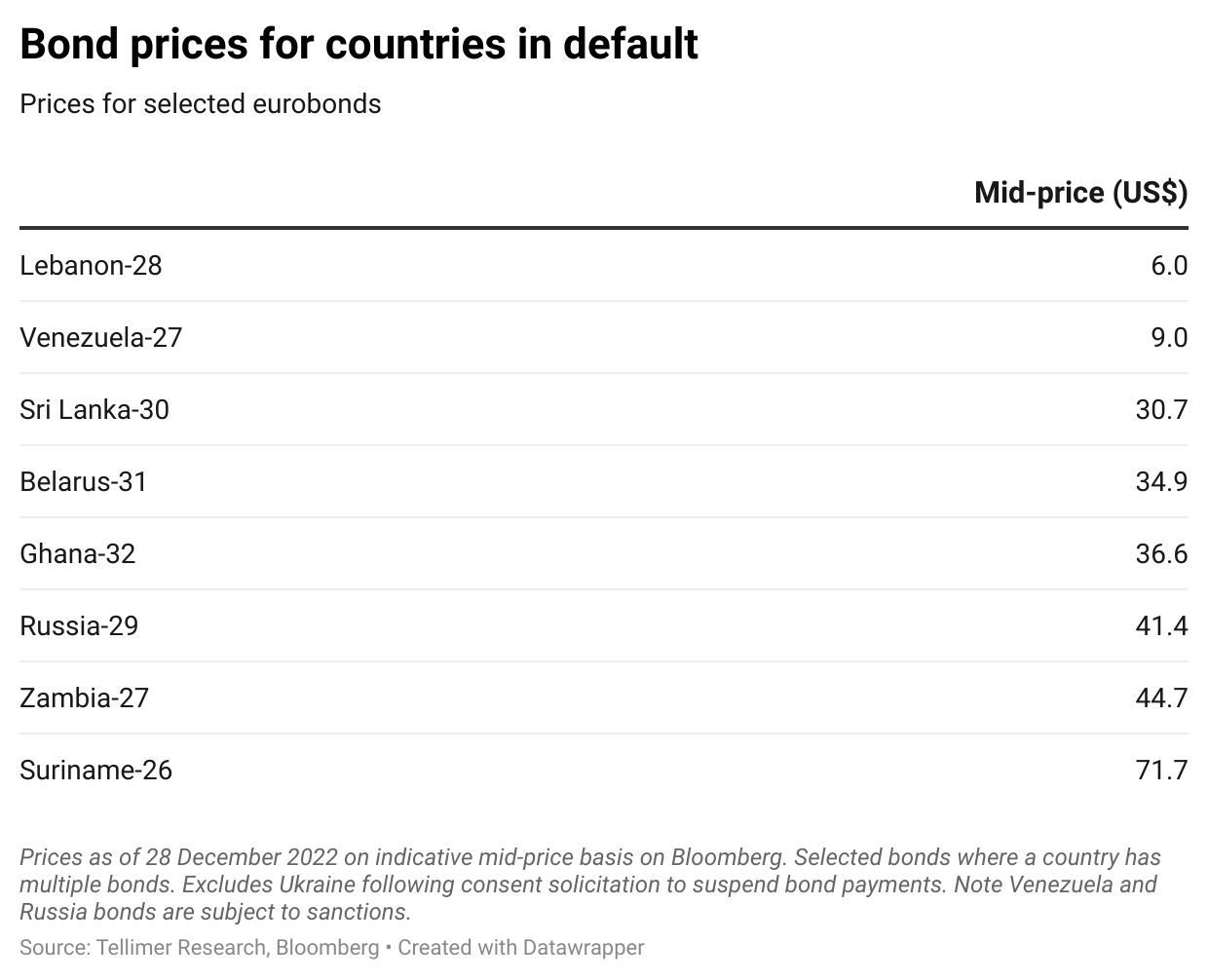 Still, despite concerns over a new wave of sovereign defaults, the number of default cases this year is still only a handful (and three-fifths due to a war rather than 'policy') and even if sovereign default rates have picked up, compared with the pre-pandemic period, they remain low and fairly well contained, and generally concentrated in smaller and frontier EM (with the exception of Russia) rather than in more systemic countries, so that the risks of spillover are perhaps more muted.

However, plenty of other sovereigns are priced for distress, and so more defaults could follow with a lag. To this point, a year ago, we counted 13 countries with sovereign US$ bonds with a yield of 10% or more, or in default. Today, there are twice as many, which may carry risks going into 2023.

This report is an updated version of the relevant section from our publication 2022 in review – annus horribilis, dated 6 December, following Ghana’s moratorium announced on 19 December.