The South African Reserve Bank (SARB) hiked its repo rate by 75bps yesterday to 6.25%, in line with the projections of all 21 analysts surveyed by Bloomberg. Three members of the Monetary Policy Committee (MPC) voted for the move, while two voted for a more aggressive 100bps hike. The move brings the SARB’s repo rate back to its pre-Covid level, fully reversing the post-pandemic easing cycle. 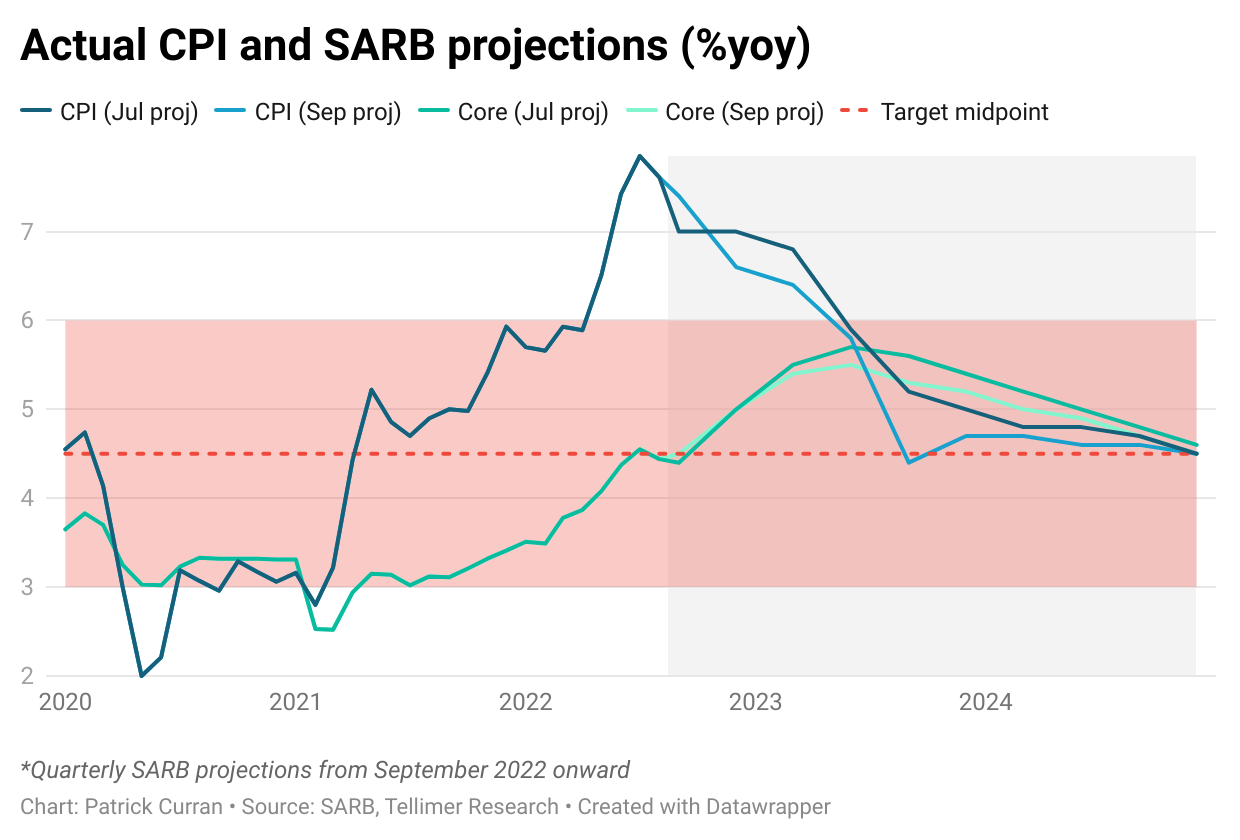 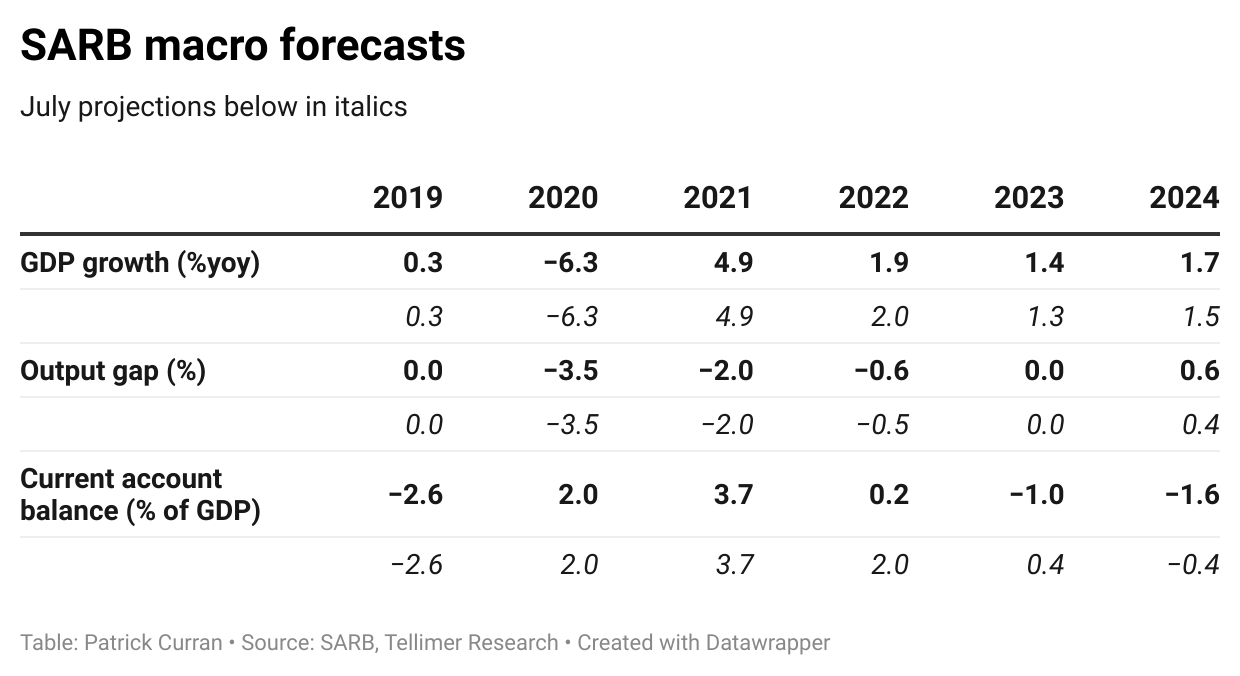 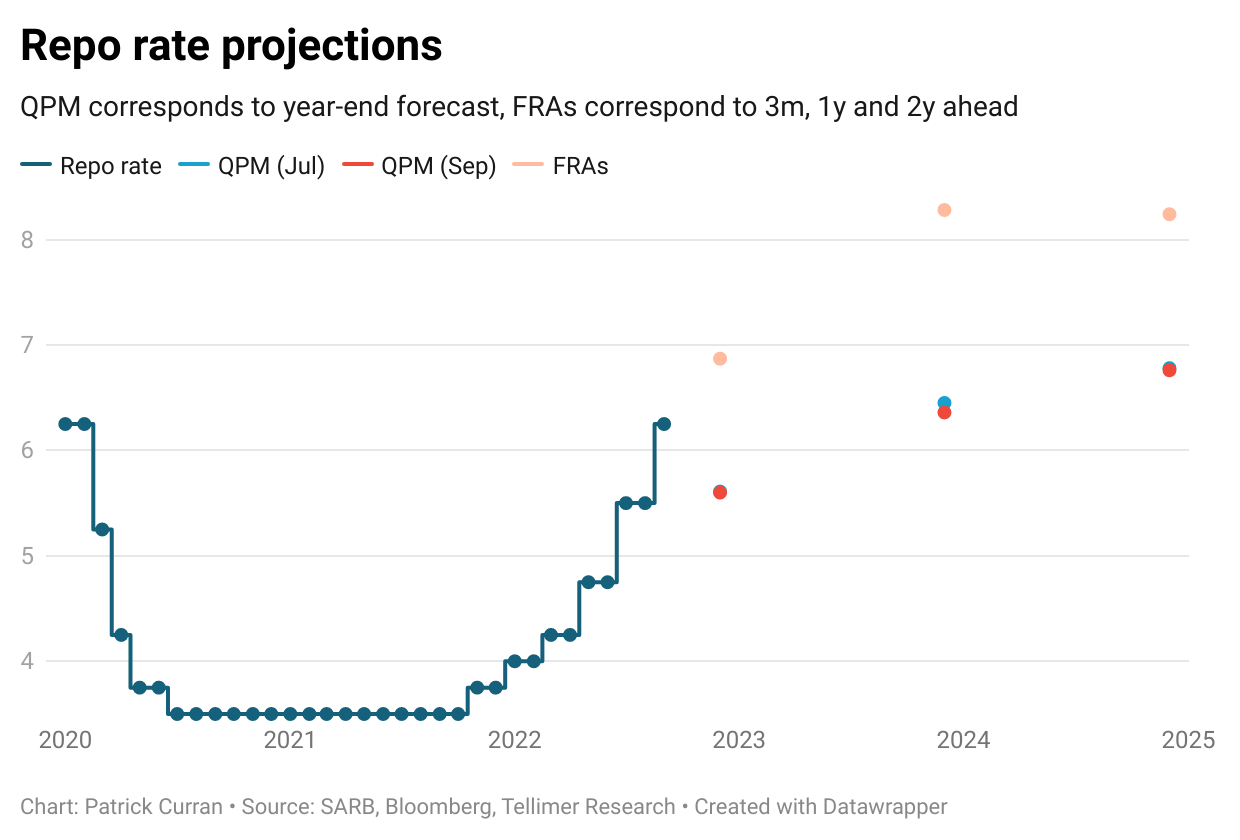 However, the QPM is a “broad policy guide”, and the hawkish skew of MPC votes combined with recent currency weakness, a slight increase in survey-based inflation expectations, inflation risks that are assessed as being to the upside, and a spate of rate hikes around the globe (including the US, UK, Switzerland, Sweden, Norway, Mongolia, the Philippines, Taiwan, Indonesia, Vietnam this week alone) means further tightening is likely. The forward market is positioned for another c50bps of hikes by year-end and c200bps over the next year.

We upgraded our recommendation on the ZAR and ZAR-denominated government debt to Buy on 24 February on the back of South Africa’s healthy real interest rates, focusing on the SAGB 8 1/4 03/31/32s given its near double-digit yield and the scope for monetary policy tightening that would disproportionally affect the shorter end of the curve. Indeed, the yield curve has bear flattened since then, with the 10y2y spread falling by 70bps, but it has been accompanied by rising yields at the long end of the curve as well, with the yield on the 10yr rising 115bps versus 185bps for the 2yr. 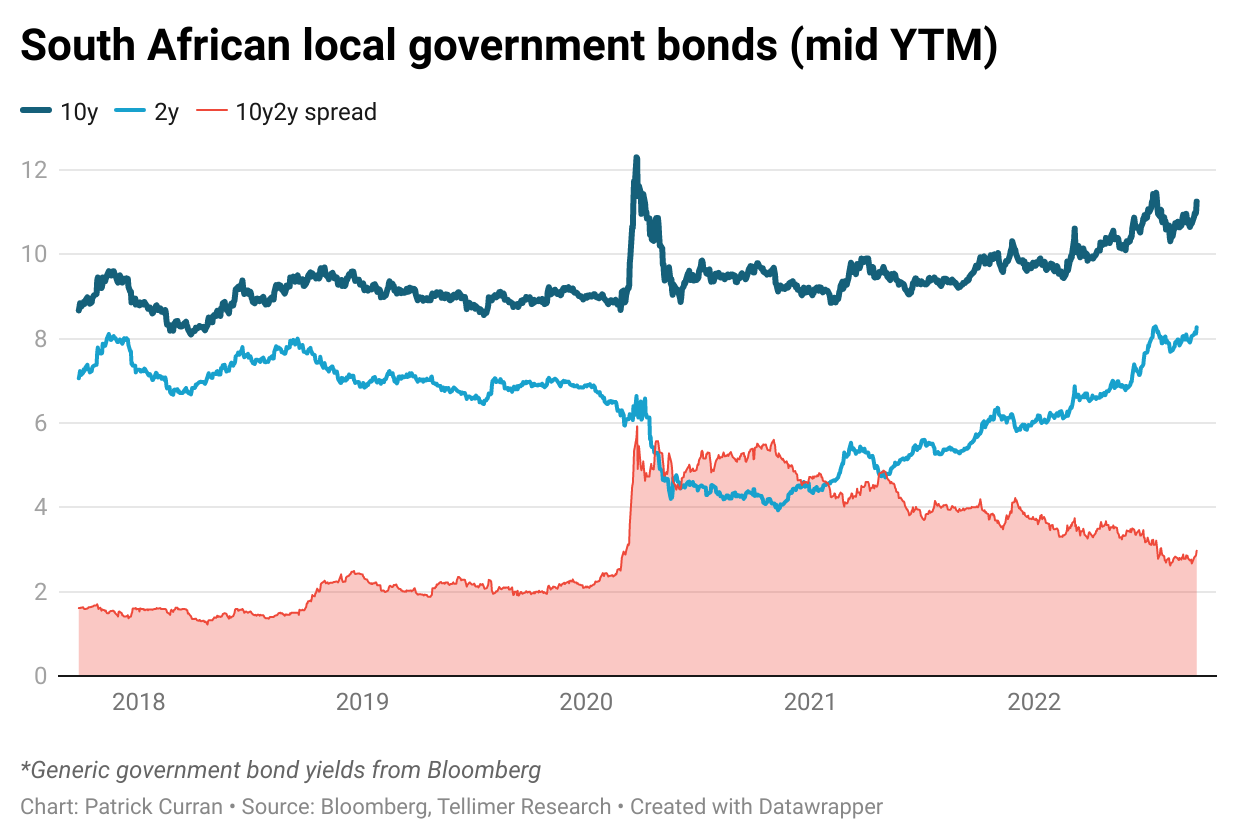 At the same time, the ZAR has depreciated by 16.6% over that period versus a 6.6% depreciation for the JP Morgan EM Currency Index. Altogether, the Bloomberg South Africa Local Currency Index has delivered -12.35% in total return US$ terms versus -11.5% for the Bloomberg EM Local Currency Index. This weakness has been driven by worsening terms of trade and the sharp US$ rally, which the ZAR is particularly sensitive to as an EM currency bellwether, coupled with rampant power cuts and growing political and policy uncertainty at home, eroding the attractiveness of the ZAR and government debt.

Unfortunately, these domestic risk factors are unlikely to abate. Eskom cut a record 6,000MW from the power grid over the weekend, with the country enduring a record 107 days of loadshedding as of Wednesday per Bloomberg data (eg over 40% of days). The emergency power procurement plans outlined last summer have yet to be implemented due to legal and administrative challenges and the restructuring of troubled state utility Eskom has seemingly gathered little steam, with the government now left scrambling to find solutions to the crisis and prevent the grid from collapse. Even if the government gets its act together today, it could be years before new emergency power projects come online, meaning South Africa will continue to endure costly loadshedding for the foreseeable future.

Likewise, with the ANC’s elective conference approaching in December, the window for meaningful reforms has likely closed. At the same time, an independent panel will soon recommend whether or not to initiate an impeachment process for President Ramaphosa over allegations that he concealed a burglary at his farm, increasing his vulnerability at the upcoming elective conference in which ousted Health Minister Zweli Mkhize has recently emerged as a potential challenger with support from the populous KZN province. Prosecutors are also nearing a decision on whether to press charges against Finance Minister Godongwana over accusations of sexual assault, which would result in the party requiring him to step aside while the matter is settled in court. Godongwana has been a pillar of fiscal discipline over the past year, and his removal could threaten South Africa’s consolidation plans.

Overall, the risks for South Africa and the ZAR now appear to be skewed firmly to the downside. While yesterday’s rate hike preserves South Africa’s positive real rate differential with the US at nearly 4%, the ZAR will continue to struggle against the backdrop of US$ strength, tightening global financial conditions, and worsening risk sentiment towards EM. At the same time, South Africa’s worsening domestic risks will erode the attractiveness of the ZAR even further and exert upward pressure at the longer end of the yield curve. As such, we downgrade our recommendation on the ZAR and ZAR-denominated government debt from Buy to Hold at an exchange rate of 17.6/US$ and yield of 10.99% for the SAGB 8 ¼ 03/31/2032s at cob on 22 September on Bloomberg.