Singapore emerges as the Asian hub of SPACs

Singapore has announced its own framework for SPAC listings. The measures announced by the Singapore Exchange Ltd (SGX) bring its regulations into closer competition with Nasdaq, and are actually more liberal. The minimum issue size is lower than on Nasdaq, for example.

SPACs have exploded in popularity in the US during the Covid era, with SPACs having outdone traditional IPOs in terms of fundraising in 2021.

The investor in a SPAC gains exposure to the vast prospects of a disruptive company, while a SPAC also offers liquidity in that one can trade in and out of it.

There is also optionality. If the investors oppose a merger with a target company, they can veto a SPAC deal. Another attraction is that SPACs are cheaper than traditional IPOs in terms of fees.

The new regulations are likely to boost listings on the SGX. We summarise Singapore's SPAC framework in the table below: 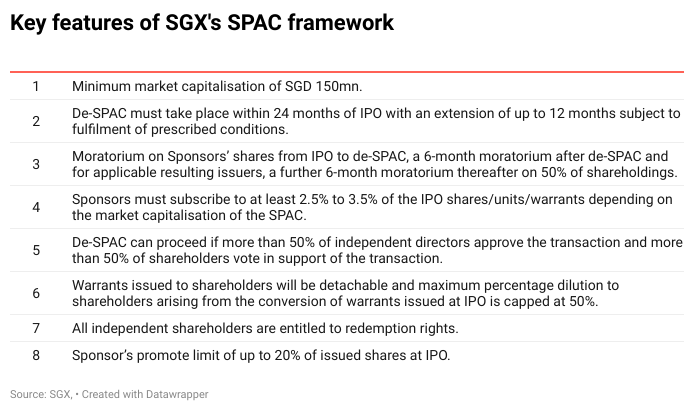 Southeast Asia is at the heart of the EM tech boom

Investors are scrambling for exposure to tech in ASEAN, an emerging region of 600mn people. The region is now at the centre of the EM tech boom, and the tech sell-off in China has only increased ASEAN's allure.

The tech sector favours SPACs as the structure is ideal for companies that have high growth prospects, but limited operational history or profitability. Singapore's new SPAC regulations may help attract potential future SPAC listings from the tech sector, that have hitherto preferred to seek a listing in the US.

The world’s biggest SPAC deal, Grab, is headquartered in Singapore. Grab has a vice-like grip on ride-hailing and food delivery in ASEAN, but earlier this year its founders chose to list on the Nasdaq via a US$40bn SPAC with Altimeter Growth Corp. They also raised US$4.5bn in a PIPE as part of the SPAC process.

In addition to Grab, Bukalapak raised US$1.5bn in Indonesia's largest ever IPO. And there are three companies vying for supremacy as the super app of ASEAN – Grab, Sea Ltd and GoTo. They have raised funding through the SPAC structure in the case of Grab, as well as secondary placements. 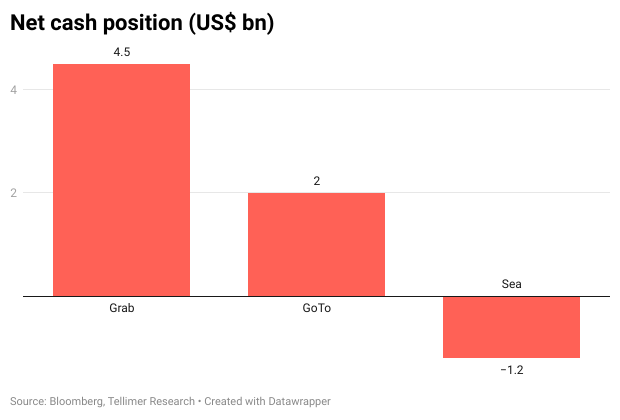 Other tech companies including Traveloka (touted as the Expedia of ASEAN) and iFlix (the regional equivalent of Netflix) are said to be looking at SPACs.

According to media reports, there are several companies planning SPACs on the SGX. The sponsors of these SPACs include French asset manager Tikehau Capital, and regional tech group Catcha Group that is involved in streaming video. Vertex Holdings, a venture capital investment holding company, is another possible candidate, according to reports.