19 May 2021
Published by Tellimer Research

We have raised our revenue and earnings forecasts for Sea for 2021-24 by 6% and 5%, respectively, and we expect profitability from FY 23. In Q1 21, adjusted EBITDA from the digital entertainment (gaming) segment grew by a huge 140% yoy, to US$717mn. We raise our target from US$295 to US$320, implying 40% upside, and reiterate our Buy recommendation on the stock. 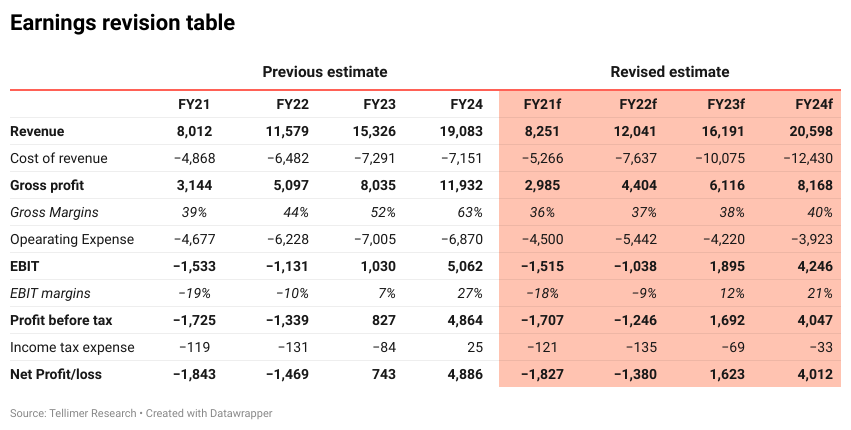 The benefits of the pandemic-driven boost to e-commerce may be fading (notwithstanding the renewal of Covid restrictions in Singapore and elsewhere), but consumer spending patterns appear to have been permanently transformed in ASEAN. Sea's gross merchandise value (GMV) grew by 16% qoq and 103% yoy in Q1 21, and its revenue grew by 10% qoq, compared with 36% qoq in Q4 20.

We expect Sea's gaming revenue to rise at a CAGR of 42% in FY 21-24 as its flagship title, Free Fire, has a vice-like grip on the market. Free Fire was ranked as the most downloaded mobile game in 2020 (as well as being the highest-grossing mobile game in India last year) and we believe that its day in the sun will continue for some time. And it is not the only game in Sea's town – Dauntless is also popular across several platforms and is in the top 10 at the Epic Games store.

Despite the growth in revenue and GMV, the company continued to lose cash, and EBITDA losses declined by 4% qoq in Q1 20. That said, adjusted EBITDA improved by 81% qoq to US$88mn in Q1 21 – losses from e-commerce and digital financial services continued to burn cash but exhibited an improvement of 5% on qoq basis (from US$599mn in Q4 20 to US$566mn in Q1 21). We expect the cash burn to ease from FY 21-24.

SE US has the firepower to outspend its rivals – GoTo and Grab – in the looming three-way e-commerce race in ASEAN. SE US raised US$3bn in December and is now US$1.5bn net cash. In light of the revised forecasts and recent fundraising, the company has moved higher on our proprietary Cash Sustainability Index (CSI). 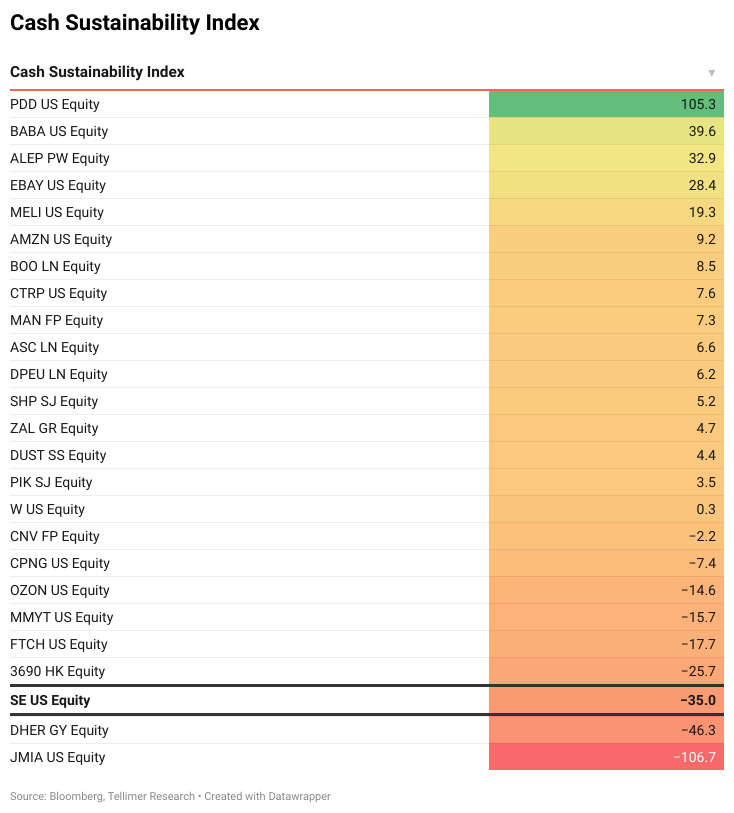 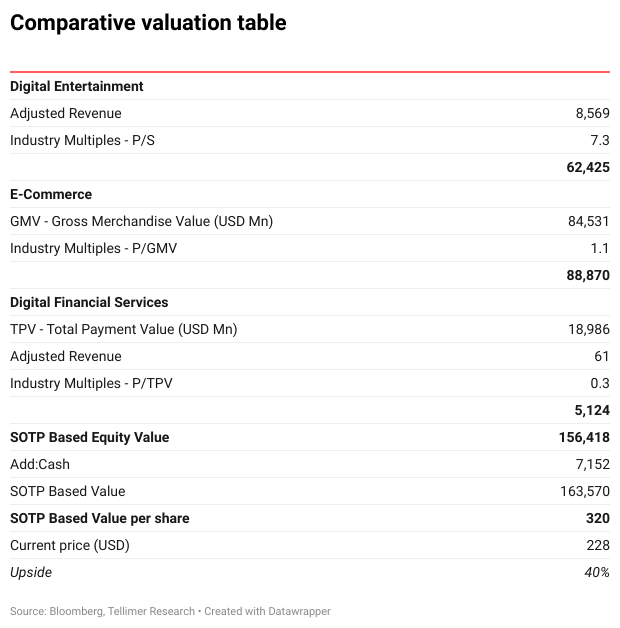 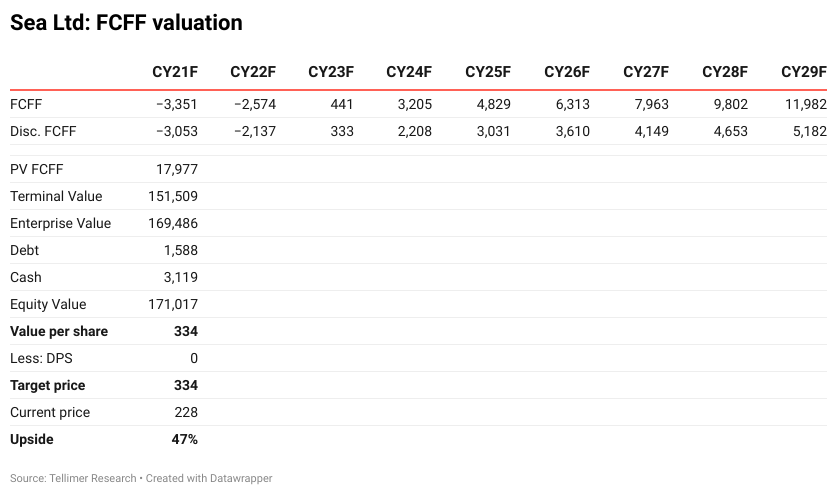 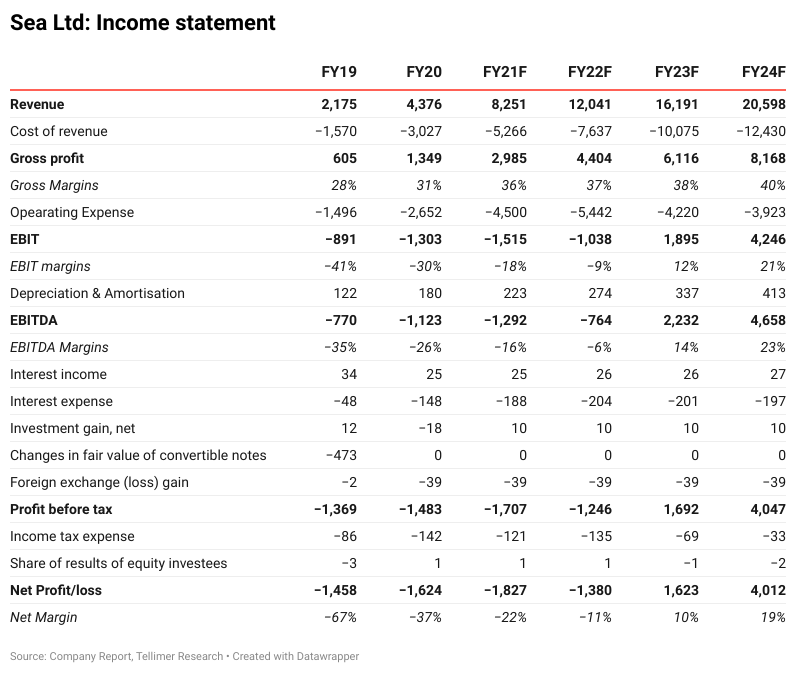 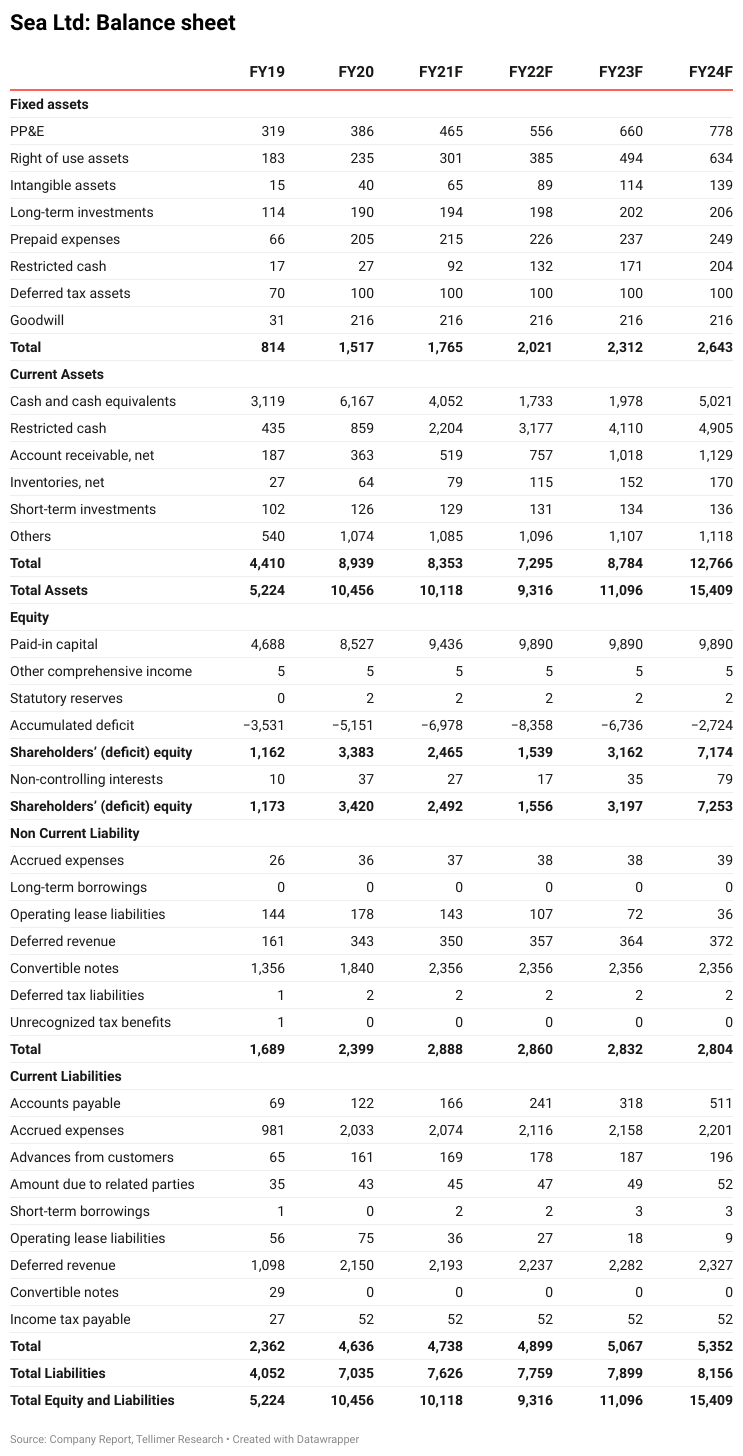 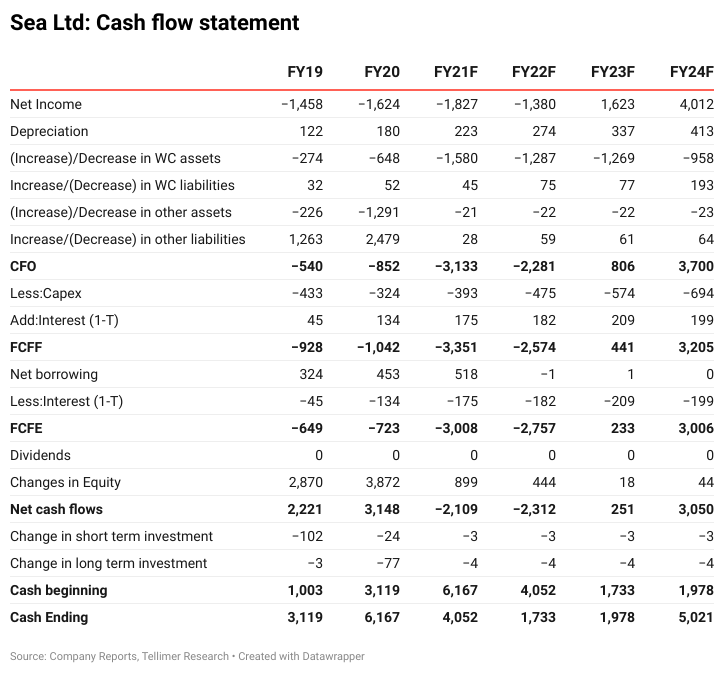