Seplat caught in the middle of shaky IOC exits

The past two weeks have been a rollercoaster for Seplat that has begun to weigh on the company's share price, which has dropped 4% in the London listing and 9% in Nigeria (the bulk of which occurred yesterday). On August 8, the President (who is also the Minister of Petroleum) approved Seplat's acquisition of Mobil Producing Nigeria Unlimited (MPNU), which is an oil major (or IOC – International Oil Companies). But this was repealed by the regulator soon after, and the President also withdrew his approval subsequently.

We had said that the exodus of IOCs from Nigeria's onshore oil operations could benefit indigenous independent producers like Seplat, but we did not expect the transition to be plagued by so much regulatory drawbacks.

The approval for the acquisition has been a contentious issue ever since state oil firm Nigerian National Petroleum Corporation (NNPC) first attempted to block the sale in March – a few weeks after Seplat announced plans to acquire MPNU for US$1.283bn in February (funded via US$825mn in debt and cUS$350mn in cash with RCF). The acquisition comes with an additional production of 95kboepd (vs Seplat's 51kboepd) and 2P reserve of 446MMboe (Seplat: 499kboepd). The transaction is being done at a US$2.9 EV/2P reserve multiple, which is cheap compared to Seplat's 2021 multiple of 5x (Seplat NL) and Tullow Oil's 14x (according to Bloomberg). 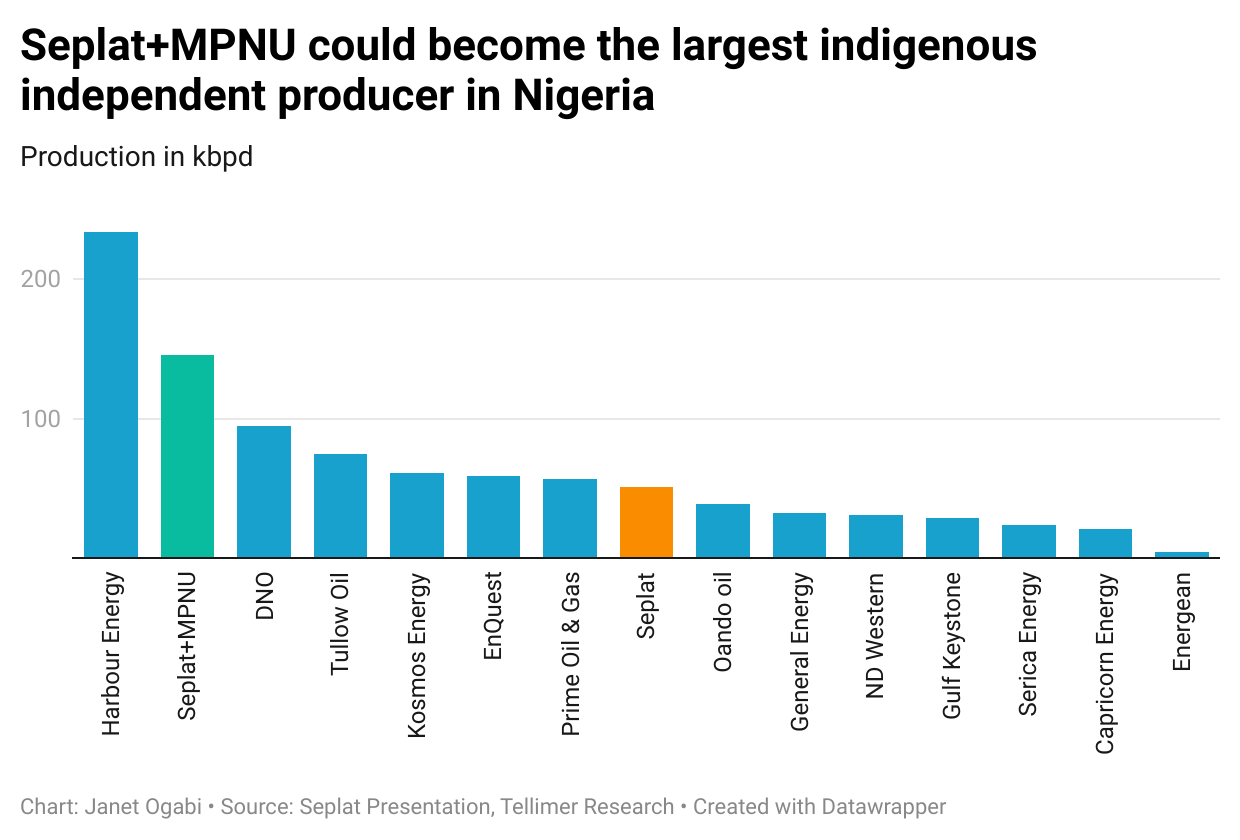 Initially, NNPC's issue with the sale was that MPNU failed to go through the due process to obtain the approval for the sale by going to the Federal Ministry of Petroleum Resources rather than the regulator – Nigerian Upstream Petroleum Regulatory Commission (NUPRC) – as spelt out in the new Petroleum Industry Act (PIA).

Now, the ongoing court case between NNPC and MPNU is premised on the former seeking to exercise its right of first refusal on the latter's assets. Simply put, NNPC (now a for-profit organisation) wants to take over MPNU's assets. The portfolio includes four OMLs (OMLs 67, 68, 70, 104) of which MPNU holds 40% operating ownership and the NNPC holds 60%.

Seplat-MPNU outcome will set the precedent for other IOC exits

The Seplat-MPNU acquisition would be the first transaction since the landmark PIA was signed in 2021 – arguably there will be ambiguities. We believe the outcome of the transaction will set the precedent for other IOC exits, especially with the likes of Chevron, Total and Shell, who have announced their plans to exit Nigeria's onshore and shallow water assets.

It is clear that IOCs are seeking to exit and many of these onshore assets are being deprived of investments as long as such regulatory tussles last. These issues also set a bad tone for potential investors in the sector, which is especially ill-timed, given the plunge in Nigeria's oil production.

Who will win? It is hard to tell. There have been more seamless sales in the past, including Seplat's acquisition of Eland whose assets were also in a joint venture (JV) with NNPC. However, there have also been unsuccessful IOC sales that have been stopped by NNPC. For example, the failed sale of Chevron's assets OML 86 and 88 to local player Conoil, which was blocked even after payments were made and contracts signed.

There is also uncertainty on how much the new PIA law will impact the outcome of the ongoing court cases.

Who will make a better buyer and operator of the asset? Seplat clearly ticks nearly all the boxes and many in the market would agree. Unlike NNPC, Seplat has a proven track record in operating oil and gas assets and is arguably one of the best indigenous oil players in the country. That said, NNPC seems to be ready to be the next "Aramco story" having just transitioned to a for-profit limited liability company. It is still wholly owned by the Nigerian government but aims to be listed on the exchange soon.

What this means for Seplat

Until yesterday's trading, Seplat's shares had remained almost flat on the Nigeria exchange since the regulator revoked the President's temporary approval of the acquisition on August 8. But the NGN stock lost 9% yesterday, while there has been more activity and quicker reaction on the London bourse where the shares have dropped 4% since 8 August.

Since news of the MPNU acquisition was announced on February 25, Seplat's shares on the Nigerian exchange have spiked by 51% (ytd: 100%). But it is difficult to assess how much of the rally is solely driven by the MPNU acquisition, as other factors sparked the rally in the NGN stock – its dual listing (an attractive medium of exit for trapped investors) and spike in oil prices, which made it one of the best performing stocks on the exchange. 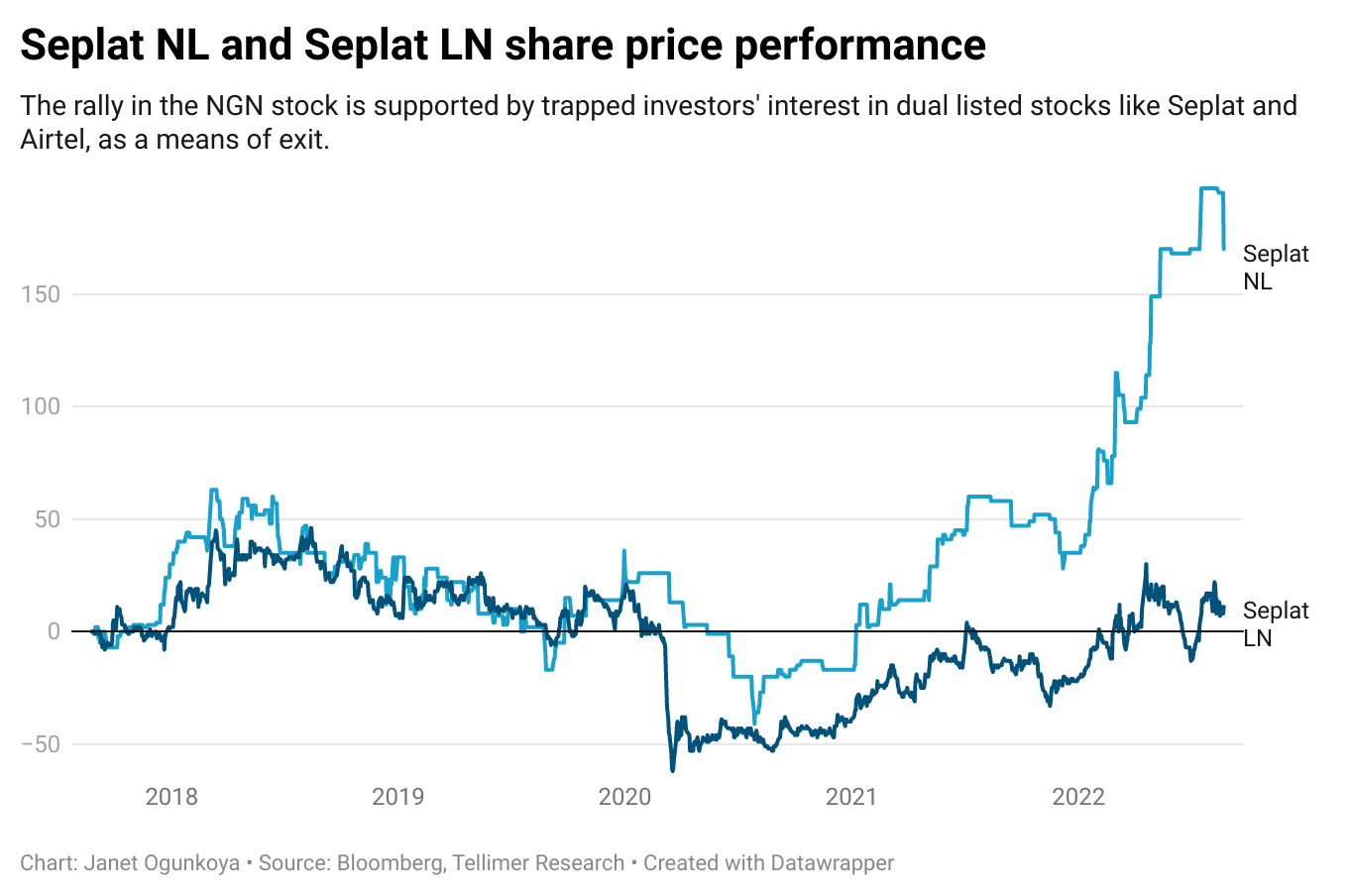 That said, the NGN stock (NGN1,300) is trading 15% above our target price (NGN1,130), while the London listing (GBP1.175) trades 47% below our target price of GBP2.2. It would not be surprising to see more correction on the current NGN prices, if the regulatory issues are not sorted out in time. We downgrade our recommendation on the NGN stock to Hold from Buy and reiterate our Buy recommendation on the London listing.

Our valuation for Seplat

As stated above, we now value Seplat at NGN1,130 and GBP2.2 for the Nigeria and London listings, respectively. It is worth pointing out that our estimates of the company valuation are yet to incorporate the MPNU assets. We wait to see how the regulatory approvals pan out before incorporating the numbers.

Our valuation is based on the following major assumptions:

The risk to our valuation is volatility in oil prices, although we remain conservative on our long-term oil price forecast of US$70/bbl, from 2027. 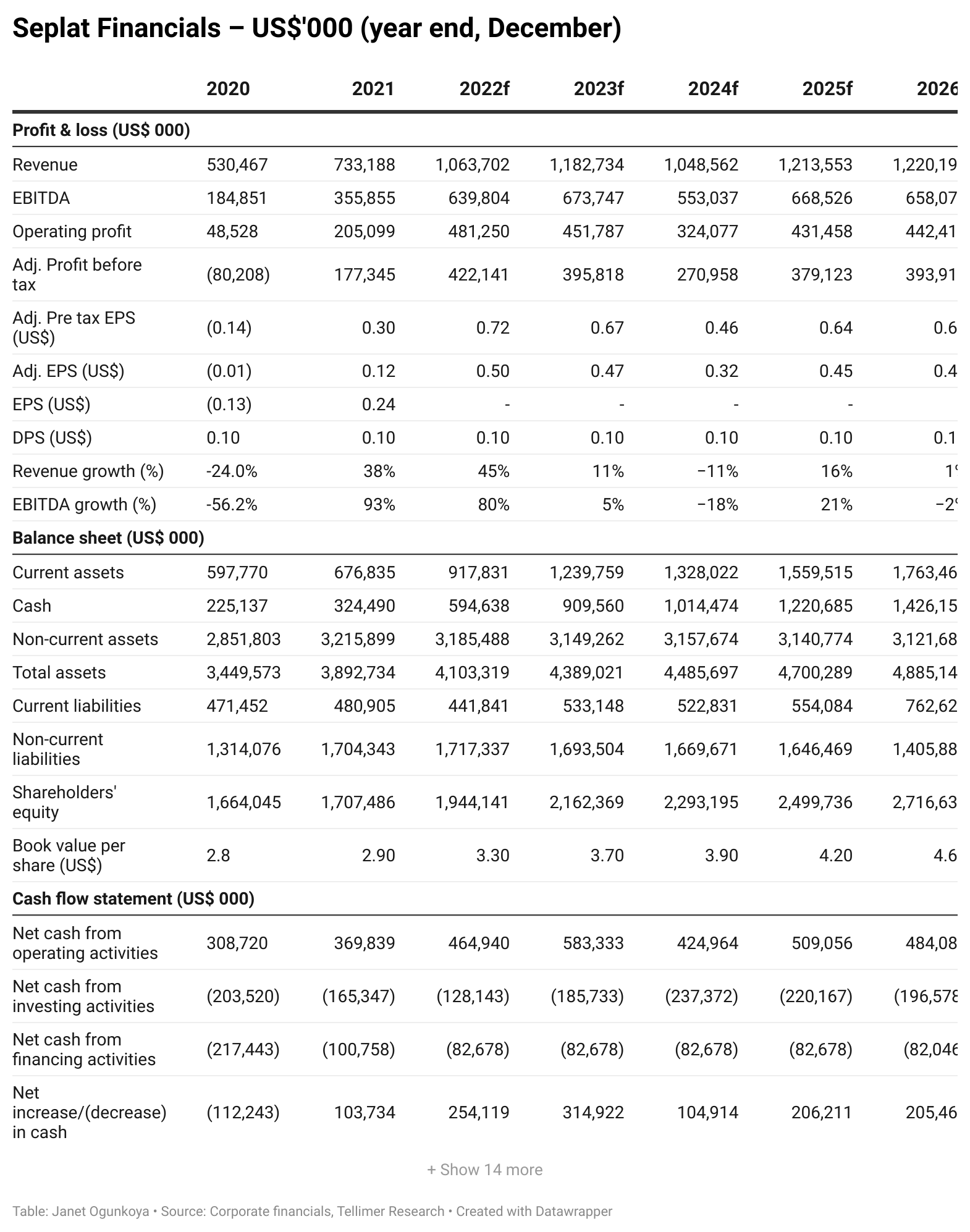 In usual Seplat fashion, operating costs dropped over the half-year period from US$9.7/boe to US$7.5 (our estimate). Asides from the benefit of disposing the costly Ubima assets, the low costs were also due to one-off credit notes from the reconciliation of crude handling fees. The normalised opex/boe was estimated at US$8.1, according to Seplat – still much lower than in the previous year. 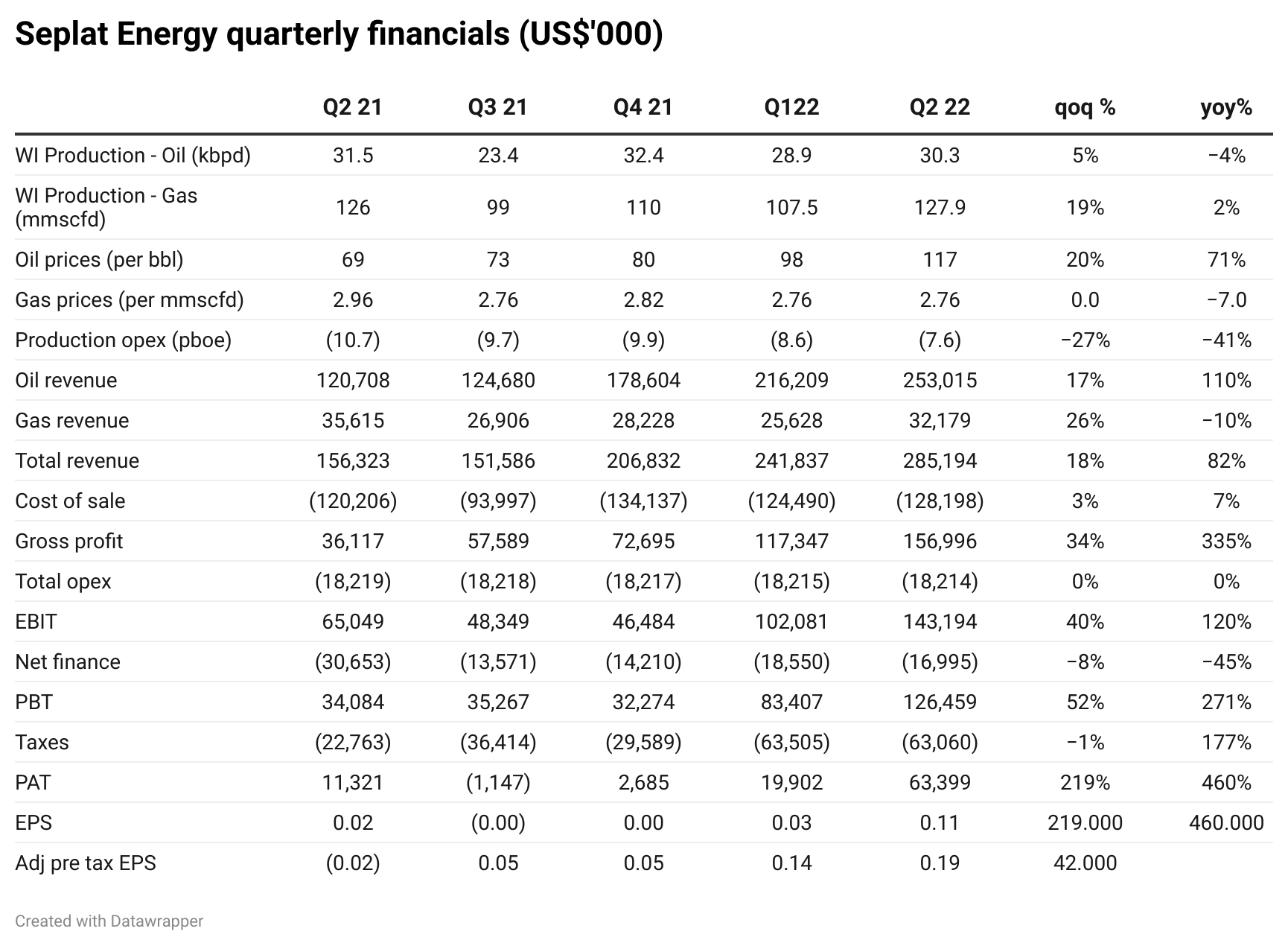