Every year the World Bank publishes its Ease of Doing Business report which scores and ranks 190 countries on an index comprising many measures of conditions facing the private sector. The report provides a widely followed guide on business-friendly structural reform, particularly in emerging markets. Following an independent external audit on "irregularities" in how the report was compiled in 2017 and 2019, the World Bank has decided to discontinue it altogether.

The audit has implicated the prevailing CEO of the World Bank, Kristalina Georgieva, for intervening to ensure that China's ranking improved in the 2017 version of the report (which is labelled the "2018" ranking). In the final report, China's ranking improved from 85th to 78th, allegedly thanks to changes in the method for calculating the ranking.

At the time, discussions to secure a capital contribution to the World Bank were ongoing. Ultimately, China increased its capital contribution and voting share in 2018. Georgieva is now the Managing Director of the IMF, having been elected in September 2019. She has issued a public statement disagreeing with the findings of the audit.

Quotes from the external audit by WilmerHale

“Actions taken by CEO Georgieva also played a key role in the changes to China’s data.”

“In his interview, the Senior Director for DEC [Development Economics] ultimately acknowledged that the Doing Business leadership made “judgement calls” to push the data in a certain direction to accommodate geopolitical considerations. He explained that when he went to meet CEO Georgieva, she thanked him for doing his “bit for multilateralism”. The Senior Director for DEC interpreted her comment to mean not angering China during the sensitive capital increase negotiations affecting the Bank’s future.”

“CEO Georgieva visited the home of a Doing Business manager to retrieve a physical copy of the report with the aforementioned data changes incorporated. During the conversation in the manager’s driveway, CEO Georgieva commented that it had been a “very unusual year” for the report and thanked the Doing Business manager for helping “resolve the problem” with China’s ranking. During her interview, former CEO Georgieva said this was the first and only time she had visited this employee at the employee’s home. She further stated that she could not recall why she felt it was necessary to visit the employee’s home personally rather than have the report delivered to her at work during business hours.”

"Irregularities" in the data

The audit also found irregularities in the 2020 scores (published in 2019) for Azerbaijan, Saudi Arabia, and the United Arab Emirates. but in the case of the latter two the impact on global ranking was minimal.

Note that the scores of Azerbaijan, China, and Saudi improved substantially, by c20%, over the 5-year period covered by the audit. 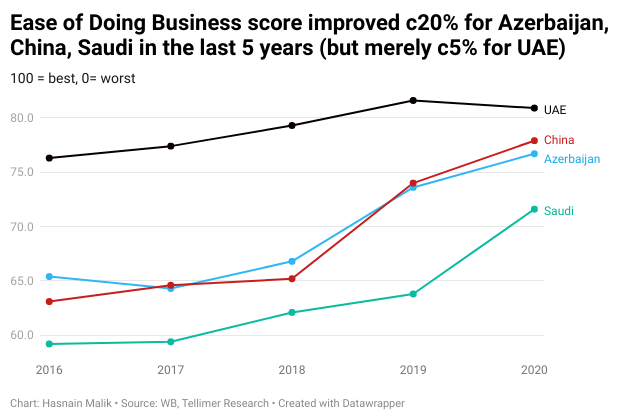 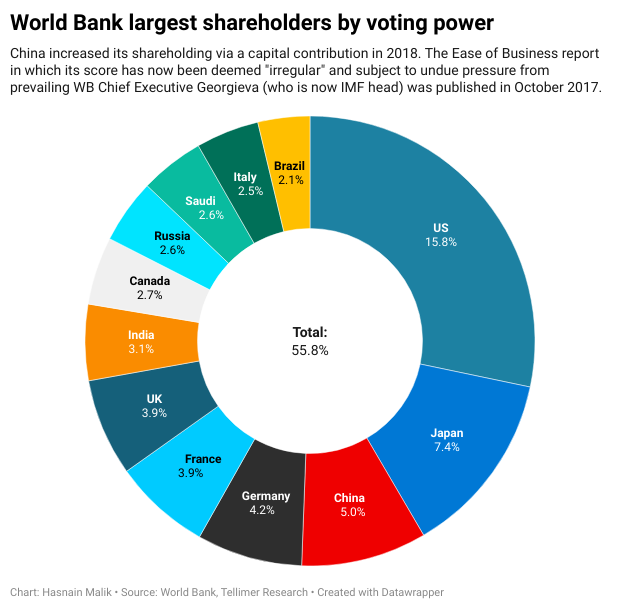 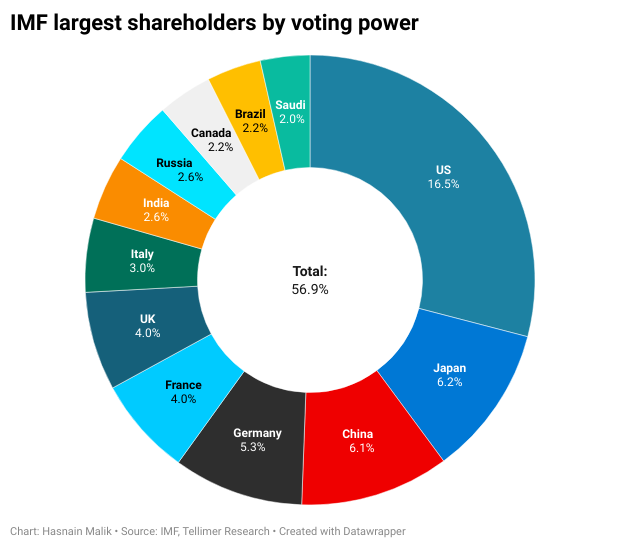 The last Ease of Doing Business scores for emerging markets (for what they are worth)...