If Russian oil is embargoed, not every customer will participate – eg China and Belarus, and Germany's Chancellor Olaf Scholz has stated his opposition. But oil price is already up to a decade-high.

With access to foreign reserves already limited, a squeeze on oil revenues will shorten how long Russia can fund its war and its autarky. The risk is this pushes it to escalate in the short term.

Alternatives to Russian oil are available, albeit they will take time – excess supply (assuming global demand holds up), OPEC spare capacity (if Saudi changes policy), OECD inventories (if the current coordinated release is extended), and, potentially, Iranian exports (if the renegotiated Nuclear Deal gets to the finishing line).

We screen emerging markets for economic exposure to fuel prices should they stick at current levels. An oil embargo will contribute to the pain that all emerging markets are suffering during the commodity-driven inflation shock. But clearly, oil exporters will suffer less than importers, particularly the poorest importers of both fuel and food – eg Bangladesh, Pakistan, Philippines.

Not all oil exporters are valued equally: eg Qatar and Colombia look cheaper than Saudi. And longer-term, a prolonged period of very high oil prices likely accelerates the transition to renewable energy and copper exporter equity markets (the main EM play on renewables) are generally cheaper than oil ones (the main EM play on the Russia-Ukraine war).

The potential US and European embargo on Russian oil exports has spiked Brent crude oil prices to about US$120 on 7 March (as high as US$138 at one point).

With access to its foreign reserves already largely cut off, an oil embargo puts at risk Russia's access to cash to fund its war and autarky — US$16bn per month in 2021 when oil averaged US$71.

Ultimately, this should shorten the time that Russia can wage war but there is a risk that this action pushes a more tightly cornered Russia into more escalation first. 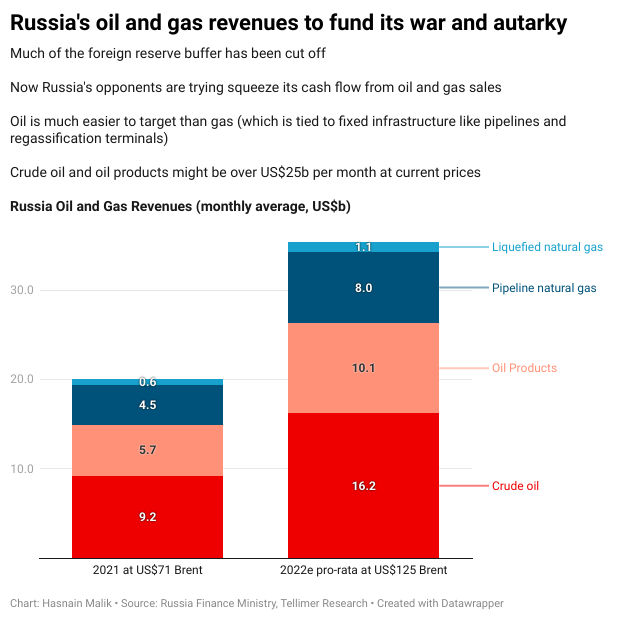 Some countries may not participate in the embargo; eg China and Belarus, which accounted for 31% and 6%, respectively, of Russia's exports in 2020, according to the US EIA. In this scenario, an alternative for about 3.2mbpd will be needed. 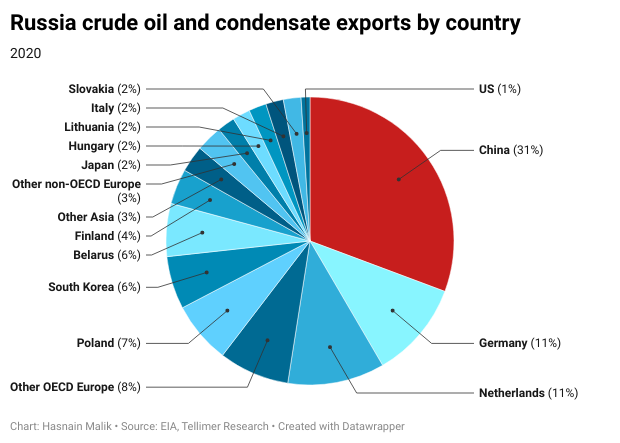 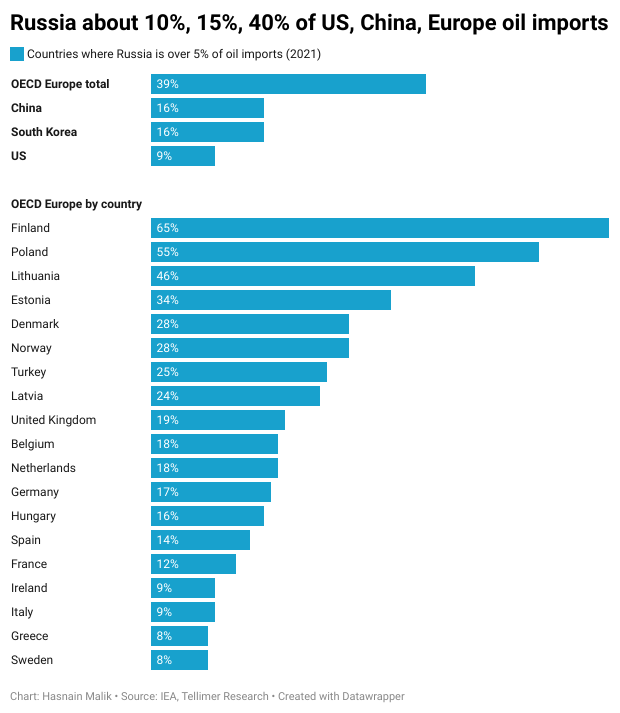 While Russia's blocked exports cannot be replaced seamlessly, there are alternatives on a six-month view: existing forecast excess supply from Q2 onwards, activation of spare OPEC capacity (mainly in Saudi), the release of strategic oil reserves from OECD countries, and the potential return of Iranian exports. 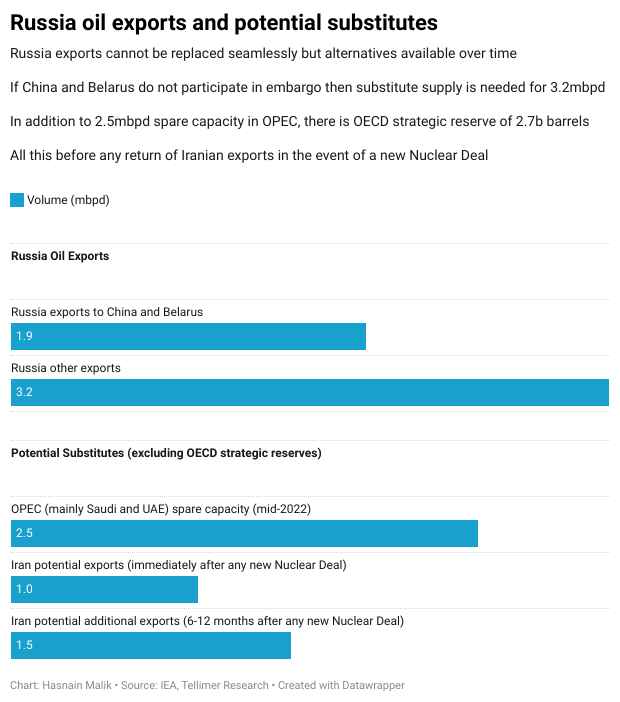 We chart the exposure across all of EM to sustained high oil prices below. Poor importers, where a high proportion of household spend is taken up by staples such as fuel and food – Bangladesh, Pakistan, Philippines – will be hit particularly hard.

A global inflationary spike from higher fuel and food prices is already on the way. Clearly, in the short term all emerging markets suffer in that environment but exporters – in investable oil equity markets, Saudi and the GCC, Kazakhstan, Colombia – suffer much less than importers.

The cheaper oil exporter equity markets are Colombia, with Saudi at the most expensive end. For oil importers, in the longer-term, the transition to renewable energy will accelerate sharply in the event of a sustained period of very high oil prices. The valuation relative to history of equity markets driven by copper – the key energy transition commodity – is much more appealing than that in their oil peers. 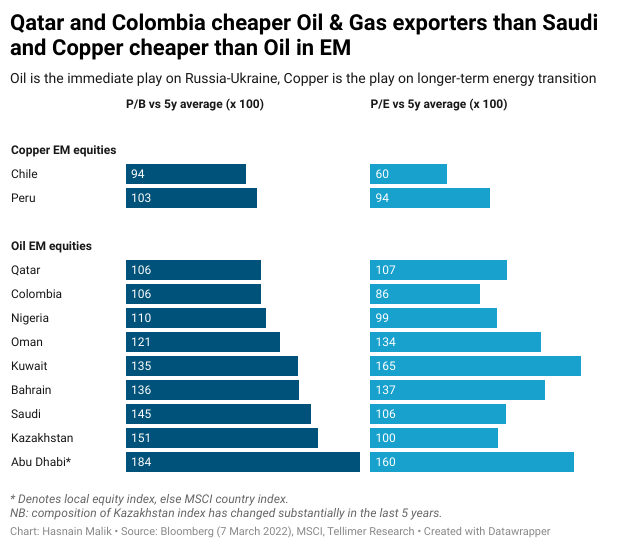 Commodities back on top of Technology in EM after 2 years, February 2022

Russia and its implications

Russia will dominate energy security until the grid is fit for renewables (Domjan), March 2022

Why India abstained on the Russia vote at the UN, March 2022

Iran Nuclear Deal: Are we there yet and will it even be worth it?, February 2022