The Regional Comprehensive Economic Partnership (RCEP) was signed as expected on 15 November. The trade bloc covers 15 countries (the ten of ASEAN plus China, Japan, S Korea, Australia, and New Zealand) which account for 31% of the global economy. The implementation of the agreement depends on ratification by each signatory. Below we lay out the implications of RCEP. 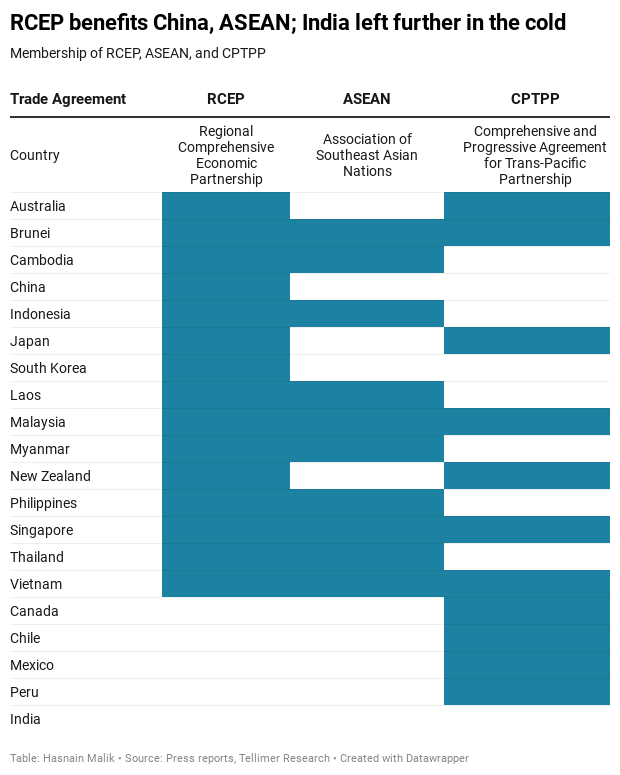 We point to the following implications of RCEP. 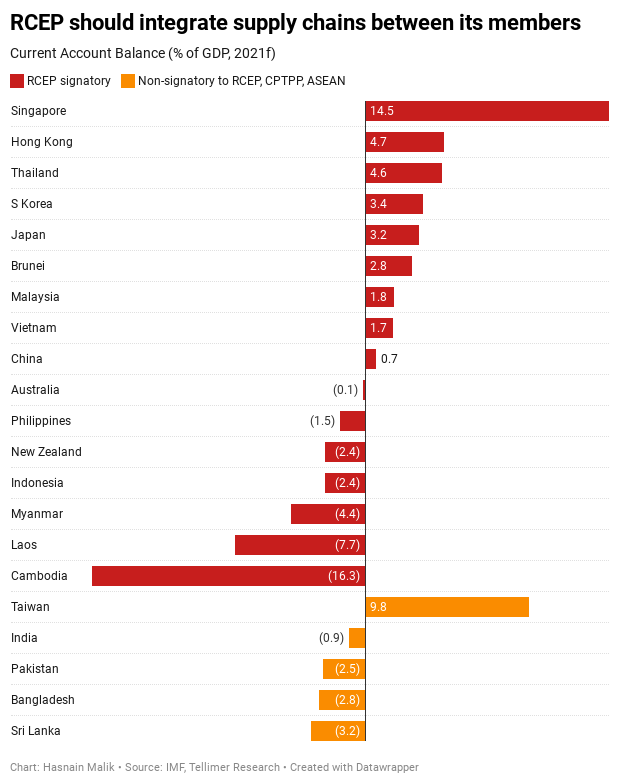 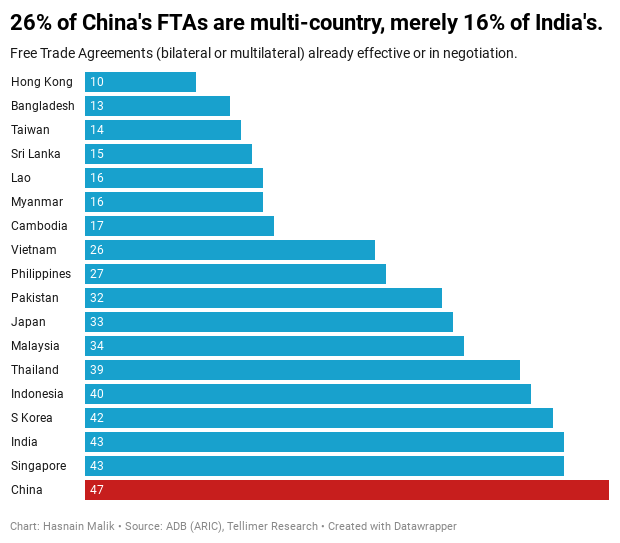 Free trade agreements that lower tariffs are helpful but not sufficient for success in growing manufacturing exports. For example, Pakistan has more than double the FTAs of Bangladesh but a far inferior trade balance (at least, historically).

There are a range of factors (eg scale, wage costs, FX rate competitiveness, skills, infrastructure, governance) which matter – see our analysis of manufacturing potential in both Asia and Sub Sahara Africa. 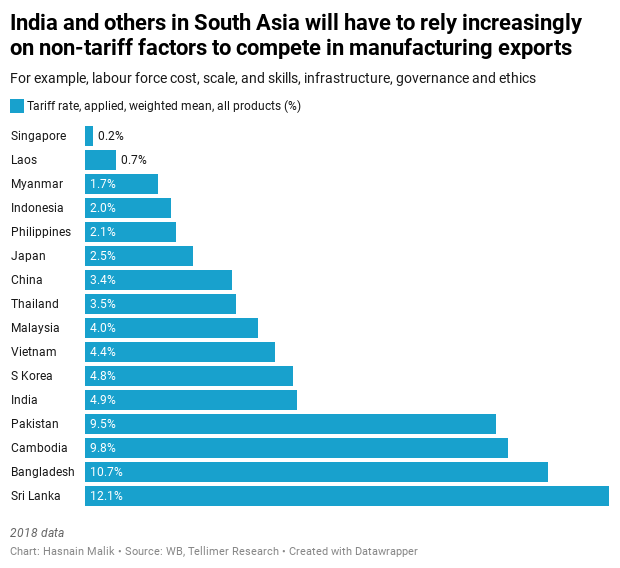