Rates Spark: Down but not out 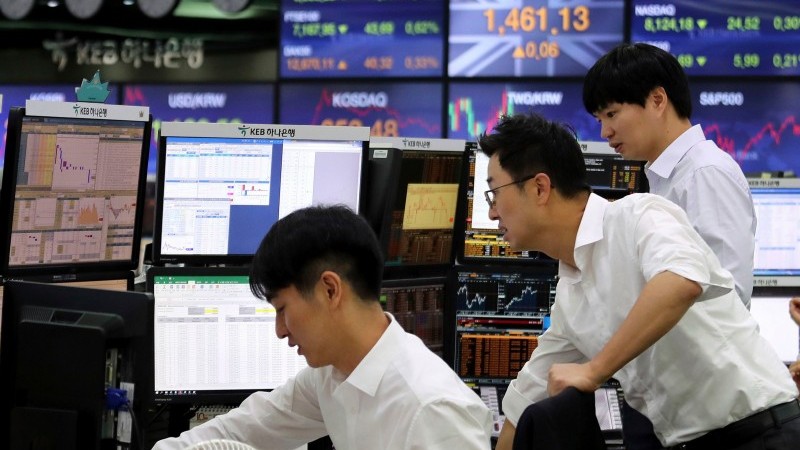 US Treasury volatility remained elevated overnight. As we expected, the result of the 30Y T-bond auction validated the recovery in long-dated government bonds in the US session. Things turned in the Asian hours when CNN reported that the size of Biden's economic relief package to be unveiled today could reach $2tn. USD rates remain well off their highs reached earlier this week.

As expected the ministers from Renzi's party pulled out of Conte's coalition government, A phase of political uncertainty now opens for Italy but we think the most market-adverse outcome, that of elections, is unlikely.

Down for a second time, but not out for the count

A second impeachment is a big deal. Not that markets have paid massive attention - well that's unfair; markets have paid attention but have concluded that it's not a huge mover in terms of impact, even if it does in all probability deal another blow to any ambitions for a Trump run in 2024.

The pullback in US Treasury yields comes from another angle though. There is an implicit nod of acknowledgement that the Covid crisis is not getting better fast; in fact it is getting worse. There is also a pull factor coming from Europe, on Covid and political grounds (see more below).

On top of that is the notion that long tenor US market rates rose too fast. Think of it in proportional terms - the move from the 90's bp to almost 1.2% is in excess of a 25% move to the upside in yield. And, given the higher duration sensitivity in such a low rates environment, there is a significant negative mark-to-market effect.

We can also glean this from total returns, where the closer product is to Treasuries, the bigger has been the impact, and as we ended 2020 the whole investment grade credit space had cozied right up to Treasuries. Emerging markets too have had a tough start despite the weaker dollar backdrop, because of the higher core rates backdrop.

As we progress through the early part of 2021, the rates market has been front and centre as a driver of returns and sentiment. Further ahead we continue to eye 1.5% for the US 10yr, eventually. But as said before that is quite a heavy lift, and leaves all kinds of collateral damage along the way, which in turn means that getting there will be far from straightforward.

Some near term stabilisation in core rates

Price action in EUR and USD rates so far this week suggests that one of our hypotheses, that another part of the selloff can be explained by supply pressure, is valid. With the week’s sovereign issuance slate being all but done (except for Italy’s auction, see below), we suggest that the gains in government bonds can be held on to into the end of the week. We have a greater conviction that this is the case for EUR rates, truth be told, as they have no reflationary sword of Damocles hanging over their head.

The fiscal cat is out of the bag already

Things are more complicated, and interesting, in the US. Biden is due to unveil his near term economic priorities. An additional fiscal package is widely expected, including more generous one-off cheques to households. The headline price tag for the measures is not known but could be in the trillions according to the president-in-waiting. Press reports have more recently put that figure between $1.3tn and $2tn. Risks might still be biased to the upside, but we feel the fiscal cat is out of the bag already: it would take a lot to surprise markets after the re-pricing seen last week.

The periphery also finds a base, and shrugs off political risk

Eurozone peripheral debt also enjoyed a respite yesterday. Here too, we would tend to point out the effect of a busy supply schedule in the bouts of underperformance of Spanish and Italian bonds. In the former’s case, that its first syndicated deal of the year was only €10bn in size reduces the risk of indigestion, even if the sharp tightening of its pricing shows that the ever increasing size of order books has to be taken with a pinch of salt. Spain has assumed in its 2021 Funding Strategy document that it would receive €6.8bn of grants from the EU recovery fund (NGeu) this year from the €72.7bn it is entitled. Any increase in that figure would reduce funding needs via bond sales.

Political instability is rearing its head once again

Italian bonds have to contend with more than just supply pressure. Political instability is rearing its head once again and is threatening a pause in our macro view of ever tighter sovereign spreads. Our economics team thinks early elections are an unlikely outcome of the current tensions. All the other scenarios should prove benign for markets in our view. At most, the period between now and the formation of a new government could cause new prospective buyers to sit on their hands for a while. Italy however, doesn’t need new buyers for its bonds: ECB purchases should far exceed net supply this year so the stock available to private investors will shrink.

There isn’t much on the economic calendar for today save perhaps for US jobless claims at a time the US job market has taken the third covid wave on the chin. The focus will instead be on an impressive raft of Fed speakers, culminating in chair Powell taking part in a webinar.

In the near term, we expect a stabilisation of the USD rates sell-off

Biden is due to unveil his near term economic relief plan. The headlines measures have already been floated in the press, so we think the scope for the reflation trade to restart on the back of this announcement alone is limited. This is particularly true if political energy and goodwill from the republican opposition is expensed in other efforts such as Trump's impeachment trial. In the near term, we expect a stabilisation of the USD rates sell off. which could last until the January 27th FOMC meeting.

In Europe the focus in on the ECB minutes, which should show how broad the consensus in the Governing Council was surrounding the new measures taken in December.