During the quarter, aluminium prices rose 11% qoq to close 2020 at US$1,980. This was due to increased demand in the US and China, as economic and industrial activities recovered. Meanwhile, production remained stable; up by 2% to 16.4 million tonnes (mt) in Q4 20.

We expect a 121% qoq increase in gross profit primarily due to 10% qoq increase in net sales. Following the increase in global aluminium prices, we estimate that Alba's realised prices averaged US$1,980/tonne in Q4 20 as compared to US$1,777/tonne in Q3 20. This offset slightly lower volumes sold in the quarter, which dipped 1% qoq to 388 kilo tonnes (kt). We estimate the lower volumes will keep cost of sales slightly lower in the quarter (-2% qoq), as per tonne costs of energy and labour remained relatively flat at US$409/tonne and US$83/tonne, respectively. The above changes translate into a gross profit estimate of BHD56.7mn in Q4 20 versus BHD25.7mn in Q3 20. 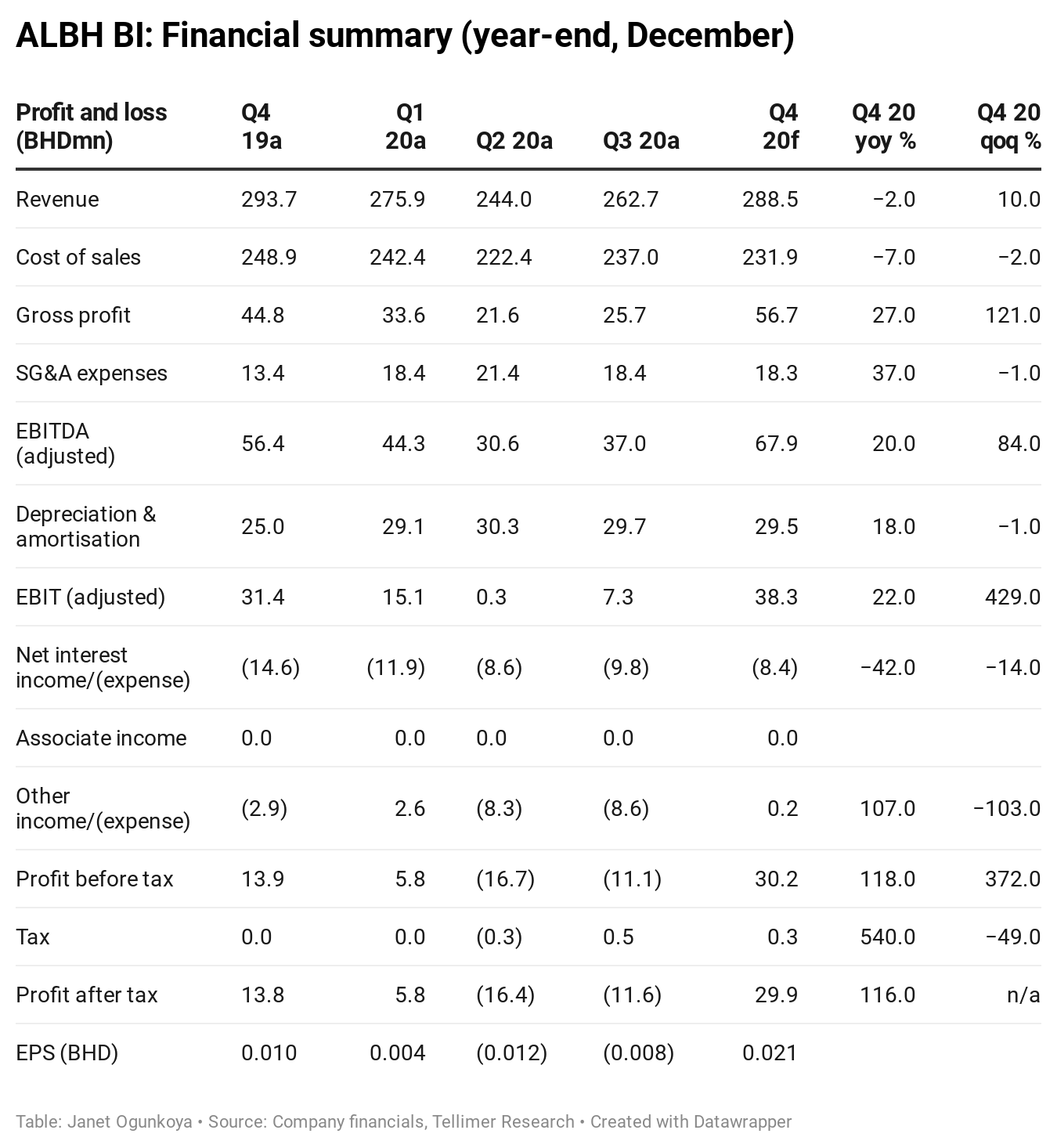 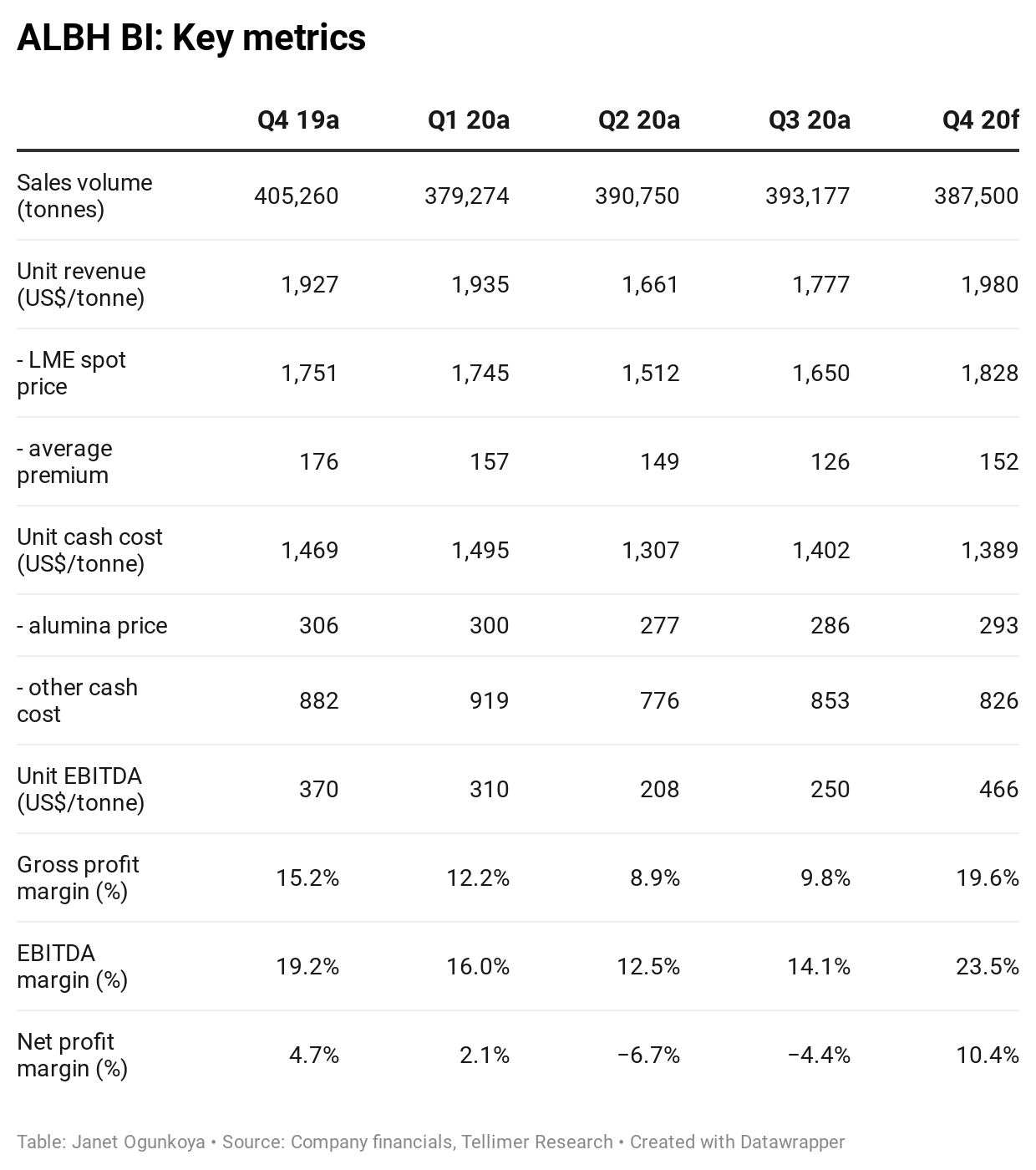 This report has been commissioned by Aluminium Bahrain (Alba) and independently prepared and issued by Tellimer for publication. All information used in the publication of this report has been compiled from information provided to us by Alba and publicly available sources that are believed to be reliable, however we do not guarantee the accuracy or completeness of this report. Opinions contained in this report represent those of the research department of Tellimer at the time of publication. The sponsor has had no editorial input into the content of the note, and Tellimer's fees are not contingent on the sponsor’s approval of the research.