Fidelity Bank's recently released Q3 21 numbers showed a profit decline of 21% yoy (down 26% qoq) to NGN7.2bn, in line with our NGN7.3bn estimate. Across its revenue lines, net interest income performed worse than expected, dropping 45% yoy (vs +5% expected). The major trigger for underperformance was a 181% surge in funding costs from term deposits.

As we anticipated, Fidelity Bank faced funding pressures during the quarter, with term deposits growing the most, by 7% qoq (having also grown the highest in Q2 at 33% qoq), as the group sought to attract funding in the improved yield and tight liquidity environment. Cheaper deposits (savings and current) fell 3% qoq.

On the other hand, non-interest income was better than expected, growing 286% yoy (vs our expectation of 158%). The group recorded impressive growth in net fee income (up 88%), on the back of higher credit-related and e-banking fees. Net FX gains also aided revenues compared to FX losses recorded in Q3 20. However, given that net interest income is a major proportion of revenue for Fidelity Bank (c75% 3-year average), total revenue still declined by 13%. Overall, Fidelity Bank’s profitability metrics declined, with Q3 annualised ROE and ROA at 10.4% and 0.9% respectively, from 14.2% and 1.5% in Q3 20. 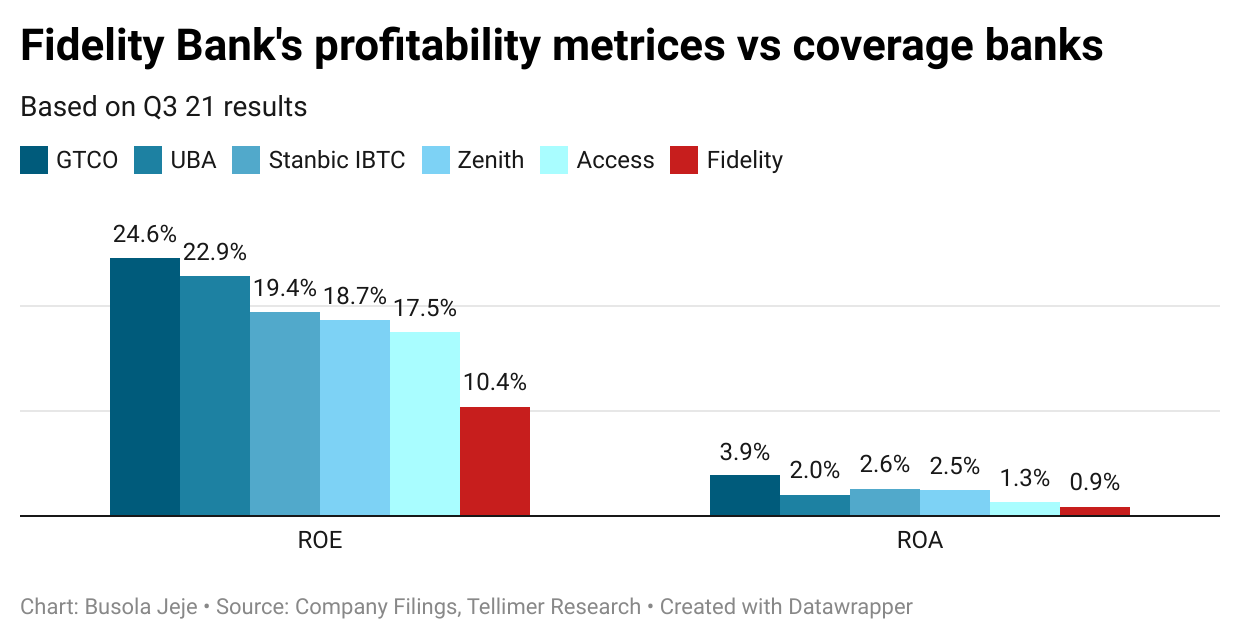 We downgrade Fidelity Bank to Hold, with an unchanged TP of NGN2.8

We downgrade our Buy rating on Fidelity Bank to a Hold, as at its current price, the stock delivers an expected total return of 13.6% vs our unchanged 12-month target price of NGN2.8. The tightened liquidity in the market as well as the group's recent rack up of relatively expensive term deposits (ytd 35% vs 10% on low-cost deposits) will continue to affect funding costs, even as asset yields remain constrained.

Given the pressure on funding costs, we expect Fidelity Bank to continue to prioritise loan growth and re-pricing loan rates upward to aid margins, particularly with the lower yield on its investment securities book caused largely by the CBN's special bills. As a result, in order to support future growth in credit risk assets, we expect the group to continue to retain earnings to bolster its capital position (currently 18.8% vs the 15% regulatory minimum) and maintain a modest payout.

Asides from these issues, positives for the group include its relatively lower NPL ratio (2.8%) compared to peers and robust provisions coverage (152%). The group still made slight improvements in its cost management drive, with staff and admin costs lower in Q3 (they make up 84% of total operating costs). However, the growth in operating expenses was solely due to remaining AMCON costs not captured in Q2 and higher depreciation. Fidelity Bank is currently trading at 2.7x FY 21f PE and 0.26x tangible PB, a discount to the average 4.3x FY 21f PE and 0.56x tangible PB of our Nigeria banks coverage. 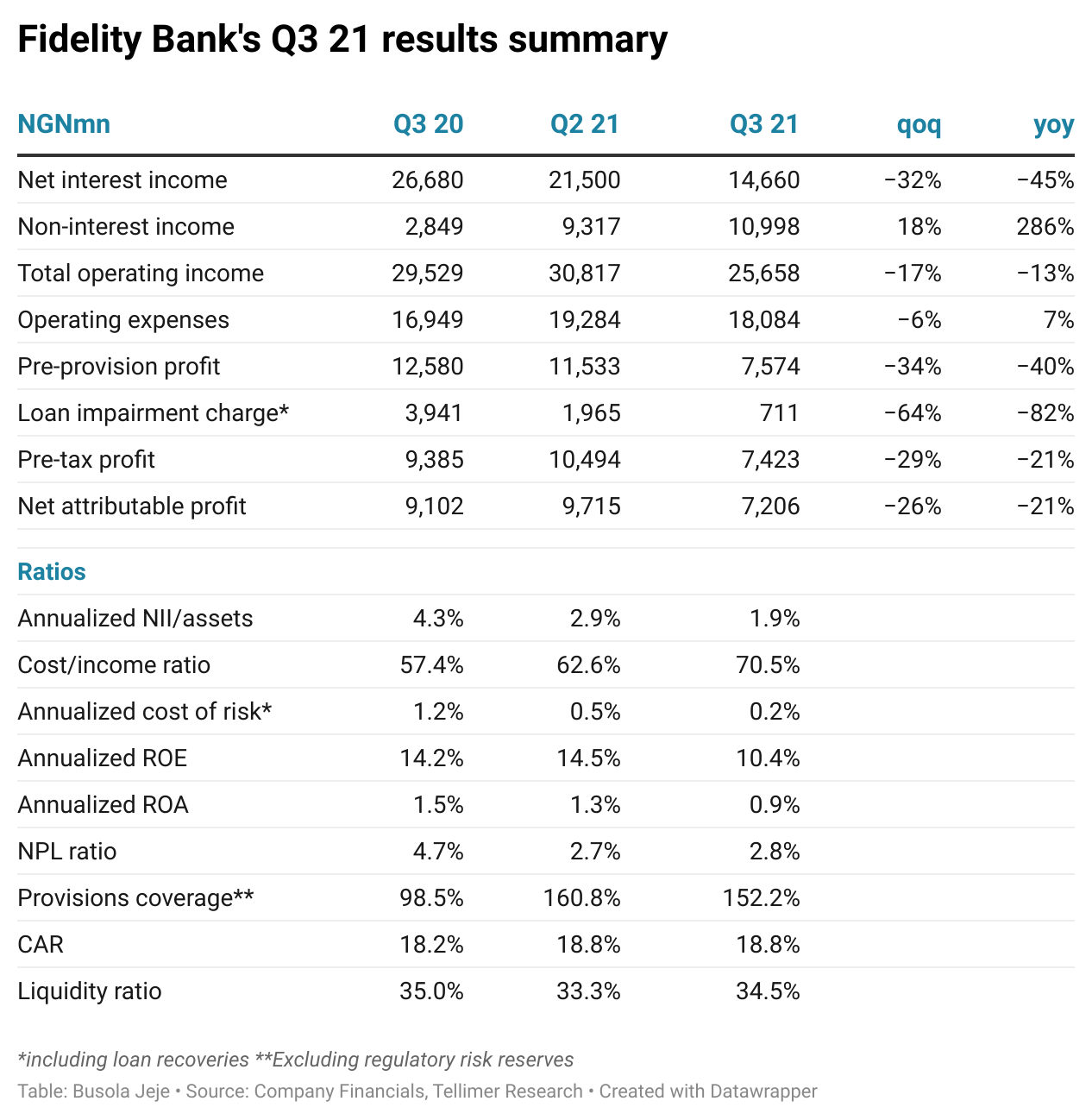