We update our model following the release of Lafarge Africa's Q1 21 result. The major adjustments include the upward revision in our revenue per tonne and cost per tonne estimates. This left a net zero impact on our model, as our target price was left unchanged at NGN32. We reiterate our Buy recommendation on the stock with an expected total return of 58%, which includes a dividend yield of 5% (assuming NGN1 dividend/share) based on current pricing of NGN20.85.

Our adjusted FY 21 EPS forecast for the year was slightly higher at NGN2.07/s (previously NGN2.06). This reflected:

Among the cement players triad (Dangote, BUA and Lafarge), Lafarge has the cheapest multiples with P/E and EV/EBITDA of 10x and 4x compared to the group average of 20x and 11x. It is worth stating that Dangote’s superior ROE justifies the premium (it also trades cheap compared to MEA peers' median of 20x and 13x and Lafarge's 5-year average of 15x and 10x, respectively).

The upside risks to our estimates include:

The key downside risks include:

The key takeaways from the call with management yesterday include: 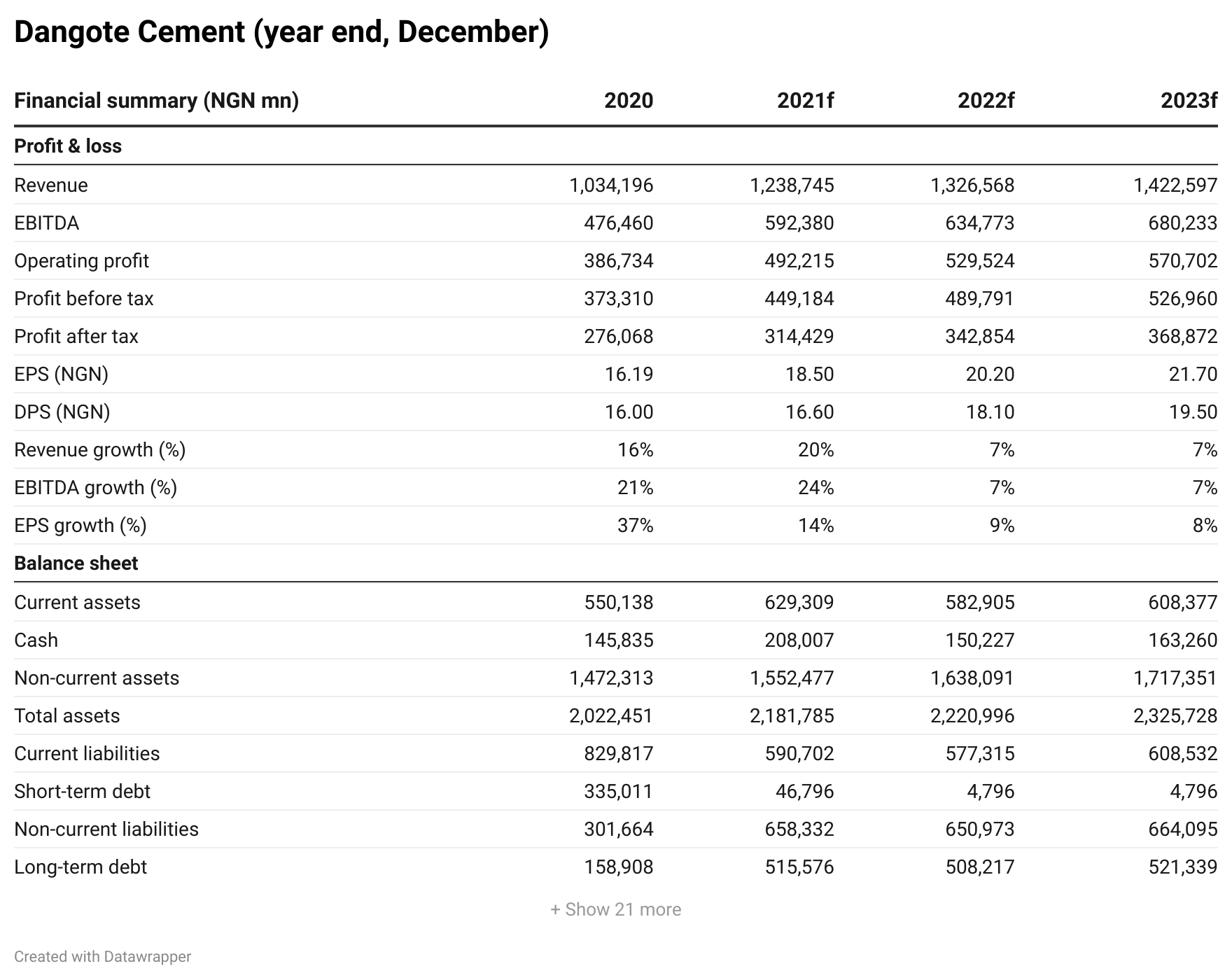 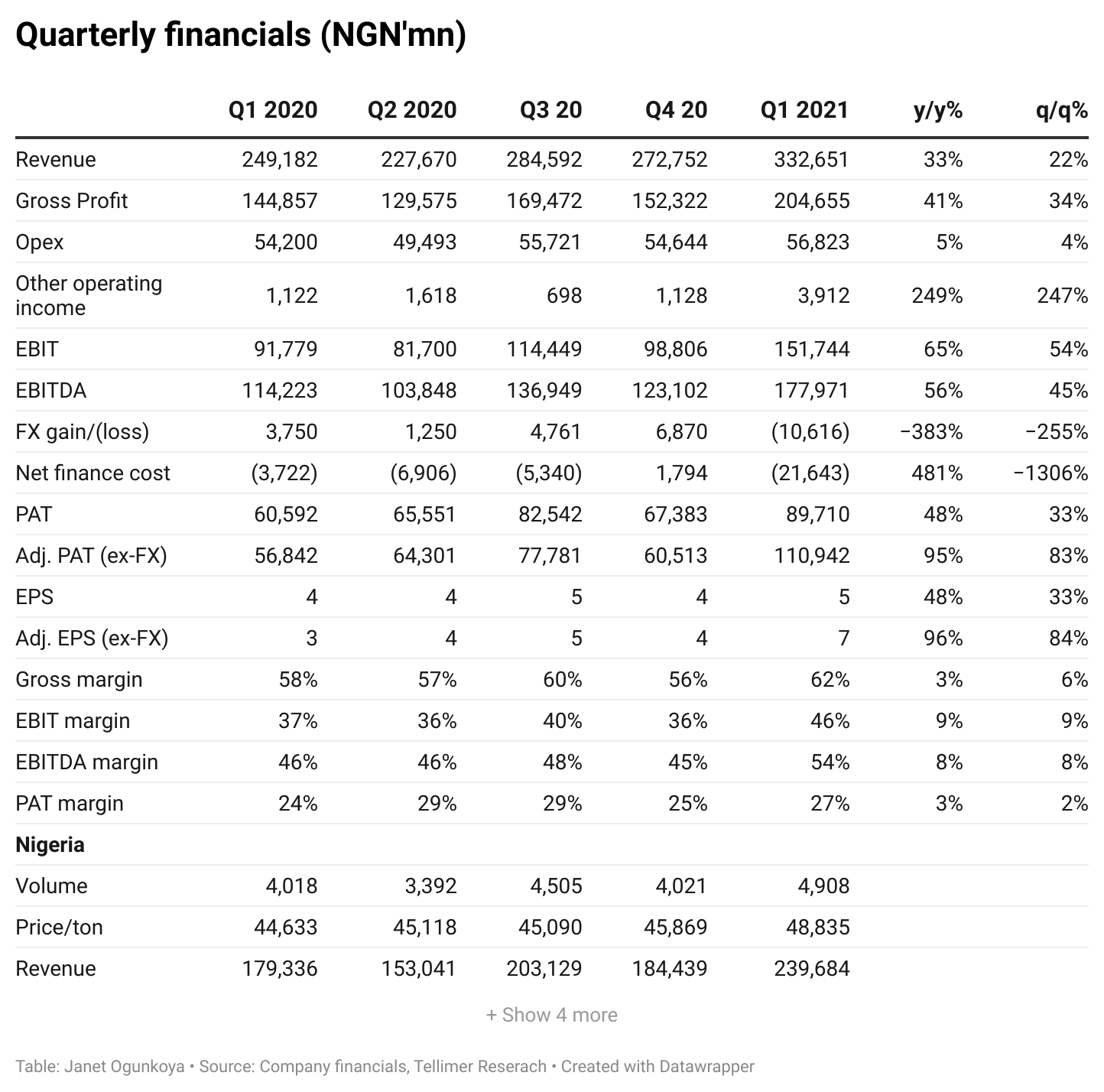