The Philippines presidential election has the drama of a telenovela. But, given the absence of major policy differences between the potential leading candidates, it has about as much substance as a telenovela too.

The presidential election, scheduled for May 2022, poses low risk to a top-down equity investment case driven by potential tourism recovery, low FX rate risk, and cheap valuation versus history with some downside risk from elevated commodity fuel and food prices.

The Dutertes and Marcos

Rodrigo Duterte cannot stand for re-election in May 2022 because of the single-term limit. In August he signaled his intention to contest the separately elected vice presidential seat, but withdrew his candidacy at the start of October.

His political heir Sara Duterte, who was the politician with the leading opinion poll standing prior to the presidential nomination period, has not formally filed nomination papers for May 2022. But she can be substituted in place of one of the official nominees ("placeholders") before 15 November.

Her seemingly stage-managed meeting, on 23 October, with Bongbong Marcos, who leads opinion polls among official nominees, suggests she may yet play an important role. Marcos has previously publicly stated that he originally intended Rodrigo to be his running mate for vice president.

In any event, there is very little, if any, difference over policy between different candidates – pursue structural reform domestically, where vested family corporate and military interests allow, and balance the US and China in foreign policy (security and oil and gas exploration).

At most, the election may fragment the majority coalition that Rodrigo Duterte has enjoyed during his tenure because of multiple candidates who appeal to the voter base which elected him in 2016. 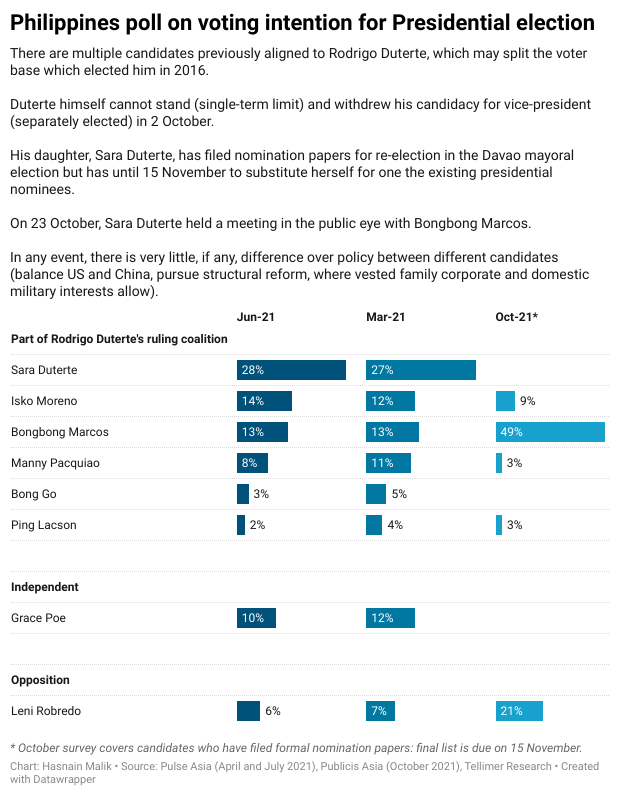 Valuation is attractive relative to history and relative to the local real interest rate, but not so much on an absolute basis. Trailing price/book of 1.8x is a 12% discount to the 5-year median, but trailing ROE is merely 7.5% (and in the past 5 years the peak ROE was merely 11.8% in 2016).

Forward dividend yield is 1.5%, which is far higher than the local real interest rate of negative 2.8% but less than the local currency 5-year government bond yield of 3.8%.

FX rate risk is relatively low compared to many other emerging and frontier markets, given an average current account deficit over 2021 and 2022 of 0.7% (according to IMF forecasts), FX reserves of over 10 months of import cover, short-term external debt of merely 5% of GDP, and a REER within a few percentage points of the 10-year median.

Philippines is negatively exposed to elevated commodity prices in fuel (net imports are 4.5% of GDP at US$80 oil) and food (net imports are 1.7% of GDP and spend on food takes up over 40% of household spend). However, it is positively geared to any recovery in tourism (direct contribution of 9% of GDP). 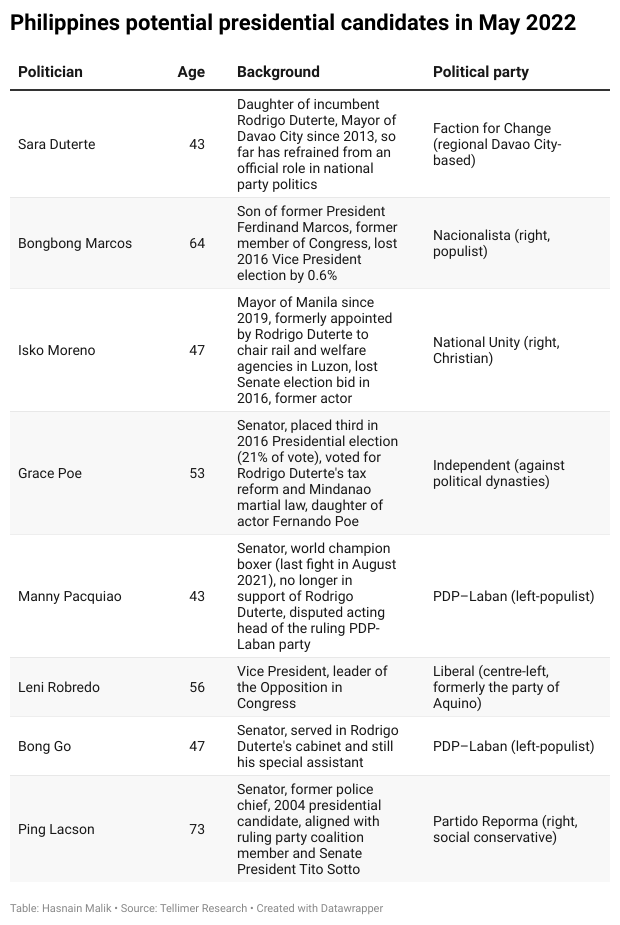 Tourism is cheap and its time may have arrived in emerging market equities, September 2021