Peru equities (mainly banks and mining) represent c0.4% of MSCI EM and c8.9% of MSCI FEM. For portfolio managers benchmarked to those indices, we continue to regard Peru (and Chile) as relatively uninteresting given the pressure on commodity prices from global growth concerns and, among commodity export peers globally, we prefer the cheaper value (versus history) available in the likes of Chile within LatAm or Indonesia, Nigeria and Oman.

A Mexican stand-off in Peru

President Martin Vizcarra dissolved Congress on 30 September and called for the next election on 26 January 2020. In response, Congress suspended the President and swore in the Vice-President as acting leader. Leaders of the armed forces and police have recognised Vizcarra as the legitimate President. When Vizcarra launched his anti-corruption drive it was also well received among the mass population, as evidenced by an initial bump up in his approval ratings, and in April 2019 an opinion poll (by IEP) showed Congress had 84% disapproval rating while 70% were in favour of its ultimate dissolution.

This obviously tips the balance in his favour, but does not preclude a protest backlash from those interests affiliated to the political parties in Congress or, more importantly, further fragmentation of those political parties (worsening the prospects of a coherent legislative majority, willing to work with the President, emerging from the next election).

The crux of the issue is that the President has no supporting coalition in Congress: the largest party, Popular Force, with c40% of seats, is similarly right-wing in social and economic policy but stridently opposed to the anti-corruption reforms proposed by Vizcarra. These reforms include banning those convicted of serious crimes from standing for election, making illegal party funding a criminal offence, and giving the Supreme Court control of immunity of members of Congress (as opposed to Congress itself).

Furthermore, Vizcarra hails from the "Peruvians for Change" party in Congress, which had merely 14% of seats after the 2016 election that further dwindled to 5% after the party fractured (it is now renamed "Contigo") in the aftermath of the March 2018 resignation of President Kuczynski (who was also the founder of this party).

The catalyst for these events was the 30 September vote passed in Congress to replace six of the seven members of the Constitutional Court (all of whose terms had expired) with appointees, most of whom have allegations of illegal conduct hanging over them.

Peru's politics are a mess but this is not new. President Vizcarra took office when his predecessor resigned amid a corruption investigation, the leader of the largest party in Congress in custody pending her corruption trial and the last five elected Presidents (Fujimori, Toledo, Garcia, Humala, Kuczynski) have all been tainted by corruption scandals.

These developments clearly increase the risk to the domestic part of the growth outlook (particularly public infrastructure investment), less so its commodity exports (copper, gold, oil, agriculture), which equate to about 20% of GDP and already under the shadow of anaemic global growth and supply disruption – protesters opposed to the Tia Maria project have disrupted road and rail transport links to Cerro Verde (Freeport McMoRan), Las Bambas (MMG), Antapaccay (Glencore) and Constancia (Hudbay Mineral).

Peru's real GDP growth dipped in 2017 to 2.5%, from 4% in 2016 and 2018. This was when the Odebrecht corruption investigation was at its most disruptive and extreme weather occurred caused by El Nino. That may be an indicator of the worst case downside risk to current forecasts (the IMF forecasts growth of c4% over 2019 to 2021).

Even though the FX rate is c20% overvalued on a real effective exchange rate basis, the vulnerability of the FX rate to a growth slowdown should be low (by the standards of emerging and frontier markets). This is because the current account deficit is merely c1.5% over 2019 to 2021, according to IMF forecasts, and FX reserves equate to over 18 months of import cover. 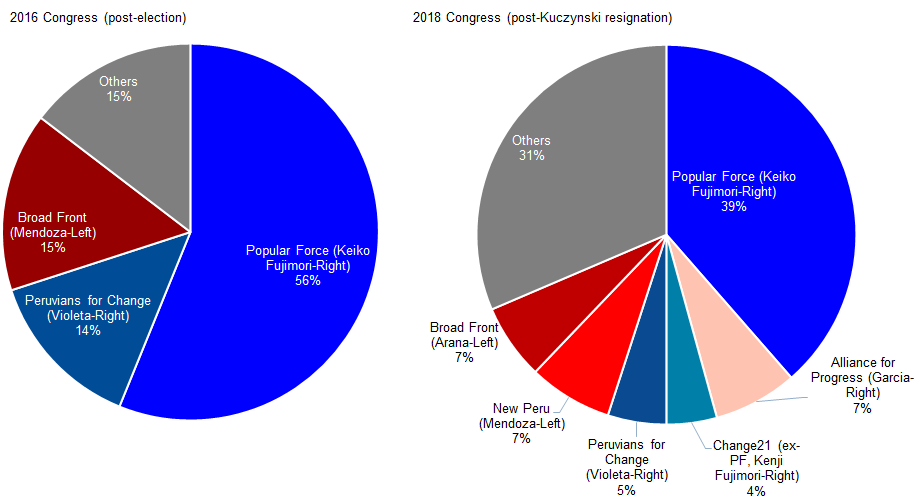 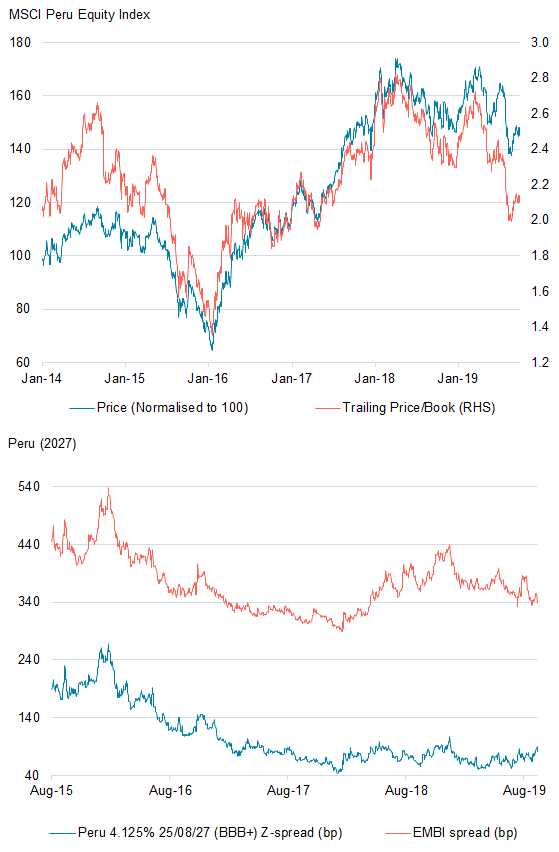 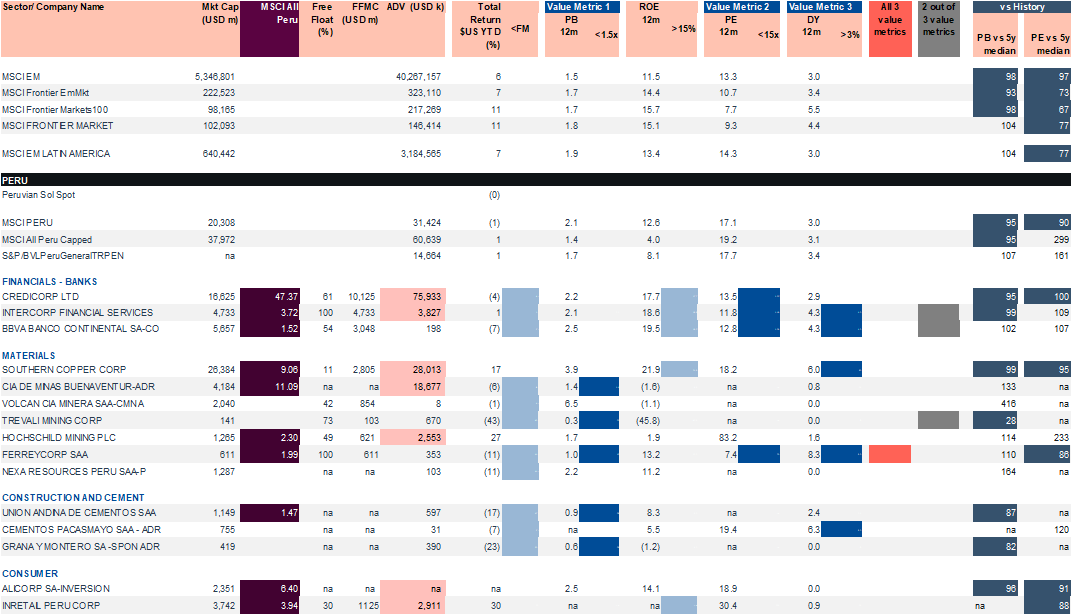