As Peru is enveloped in Yet Another Political Crisis, following the surprise impeachment and arrest of President Castillo, the Central Reserve Bank of Peru (BCRP) quietly got on with its job. The BCRP, as expected, raised its policy rate by another 25bps, to 7.50%, at at its monthly meeting yesterday as its tightening cycle continues.

It was the bank's 17th consecutive rate hike and brings the cumulative increase to date to 725bps since the post-Covid tightening cycle began in August 2021, taking the policy rate to its highest level in over two decades.

It was the fourth successive 25bps increase, following a run of 50bps moves, after the central bank moderated the pace of increase in September. The last hike was at the central bank's previous meeting in November. 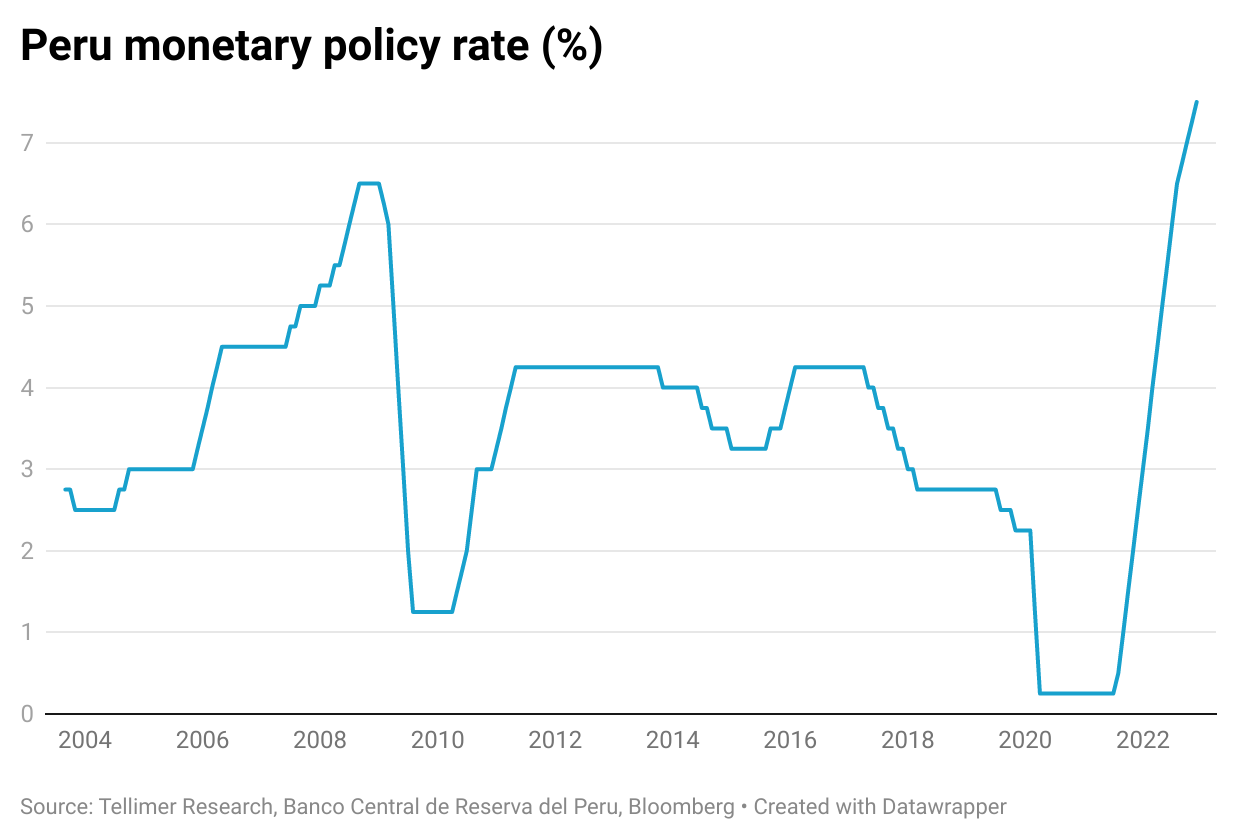 The rate hike came as the annual rate of inflation showed another increase after some recent favourable prints. Headline inflation rose to 8.45% yoy in November, up from 8.28% in October, and above the consensus forecast on Bloomberg of 8.26%. However, core inflation has stabilised, at 5.71% in November, compared with 5.72% in October, according to central bank figures, albeit up from 5.51% in September.

Inflation, therefore, remains well above the BCRP's 1-3% target range, but the central bank retained its forecast of a downward trend in the annual rate. However, it appeared to put back the timing of its return to the target range, to the fourth quarter of next year, rather than in the second half as previously worded. This, it says, is due to a moderation of the impact of international food and fuel prices, and to a reduction in inflation expectations. 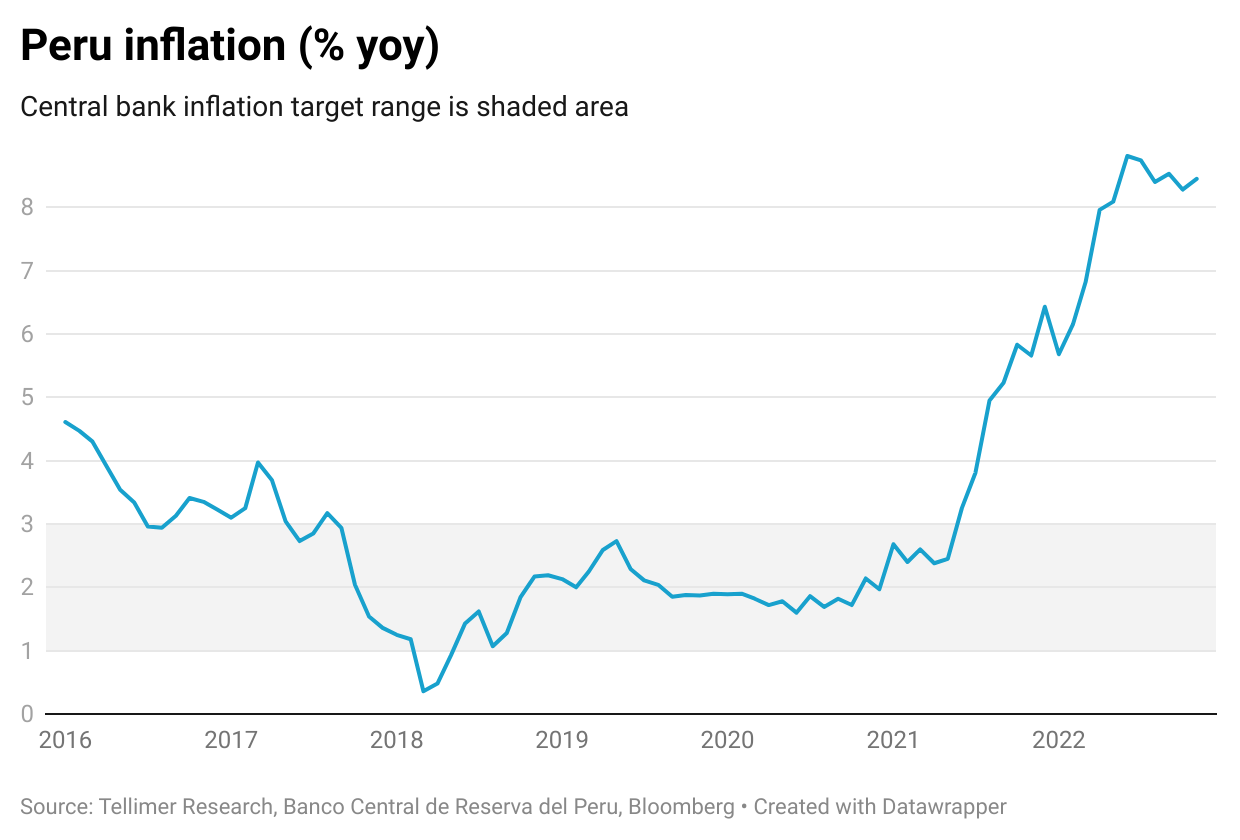 The central bank also noted a further decrease in one-year-ahead expected inflation, to 4.68% in November, continuing the downward trend observed in recent months. It follows 4.78% in October and 4.89% in September. Inflation in 2023 is expected at 4.40% (up c20bps from its previous forecast of 4.19%), above the upper limit of the inflation target range.

With the rate increase, the real interest rate has become less negative (down to -1% from -3% in the summer), while it is more firmly in positive – and restrictive – territory, based on expected inflation. The real interest rate, based on inflation expectations, now stands at c2.8%, compared with c0.6% in June, which is well above the BCRP's neutral level (estimated at 1.5%).

Despite the continuing rate hikes, hopes remain that the BCRP's tightening cycle is coming to an end, although we think some caution may still be required (especially given the still elevated rate of core inflation), while the bank left unchanged the wording on forward guidance that it has used since October; when, we think, a slight change in wording signalled the bulk of tightening is now over, and future changes may be just fine-tuning.

Moreover, the central bank may find itself having to tighten further if the political crisis puts pressure on the currency.

The next monetary policy meeting will take place in the new year, on 12 January.