OPEC+: The major implications of a minor increase

OPEC+ reduced its collective output target by 100,000 barrels per day on 5 September. The amount may seem trivial compared to a global demand figure almost a hundred times greater, but it matters for a number of reasons, ranging from ongoing unity within OPEC+, to less relief for global inflation and for low-income net importers (Brent oil price moved up 3% compared to the prior day close), and is another blow to the foreign policy credibility of US President Biden.

Major implications of a minor increase

(1) OPEC+ under-production compounded – Reverses the planned September increase of 100kbpd in October and compounds the under-production of OPEC+ relative to its existing production quotas, equivalent to about a 1.6mbpd shortfall in August. That shortfall was driven by, in descending order of magnitude, Nigeria, Angola, Russia (albeit Russia output was better than the IEA had previously forecast), and Iraq. 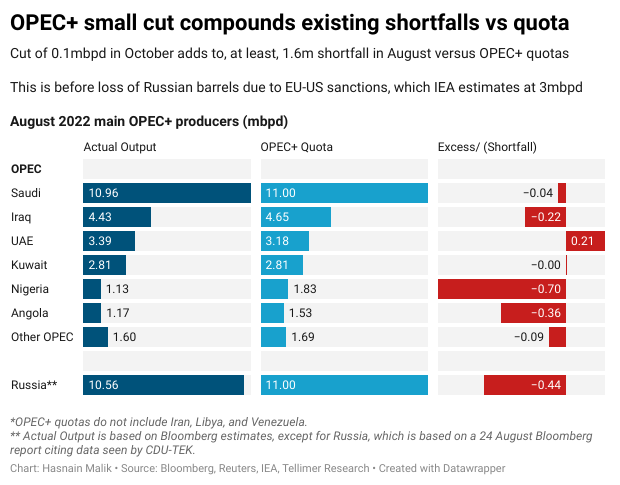 (2) OPEC+ unity – Demonstrates OPEC+ unity between Russia and the OPEC group. Russia is still part of the cartelised framework, although that may change if fully sanctioned European exports are not fully redirected to alternative markets (ie China, India) at the start of 2023. The IEA estimates that up to a 3mbpd decrease in Russian output is possible once EU sanctions take full effect at the end of this year. Iran is not part of the quota framework but even in the event that the Nuclear Deal is revived, it likely could not quickly compensate for the loss of Russian barrels (putting Russia's exports via pipeline to specific customers and any differences in the grade of its crude to one side). 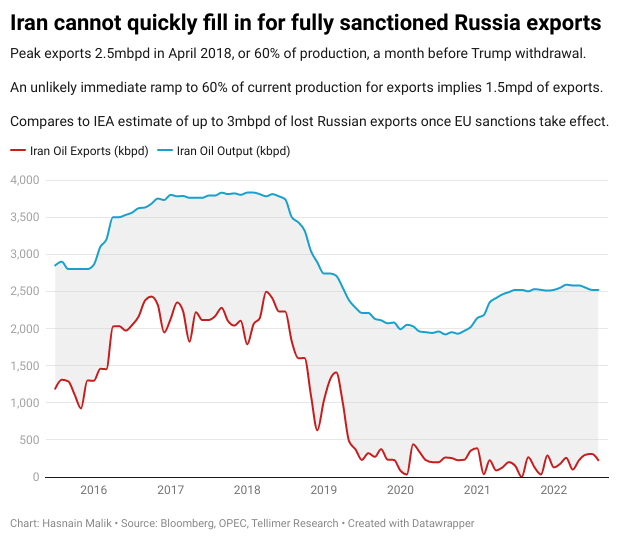 (3) Saudi-UAE unity – Also demonstrates the unity between Saudi and UAE, the two countries which control the most easily accessible surplus capacity and which were in open disagreement in mid-2021, albeit UAE slightly outperformed its quota (by 6%) in August whereas Saudi was almost exactly in line. 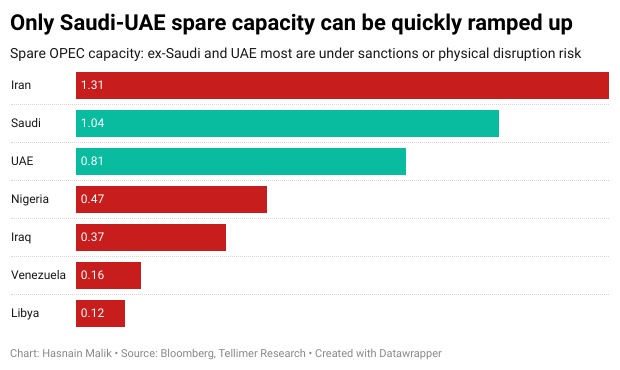 (4) OPEC+ "put" – Attempts to establish a floor under the oil price, which dropped 15% from the end of July to the start of September – this means that hopes of significant relief for net importers, or fears of the reciprocal fiscal hit for net exporters, are less likely to be realised any time soon.

(5) Limits of Biden's fist bump – Confirms the impotence of US President Biden in influencing the group's output decisions, which is particularly glaring in light of his diplomatic u-turn on Saudi relations and unhelpful amid the high inflation backdrop to US mid-term elections. The part of the global oil sector over which Biden exerts the most influence, the US shale producers and US oil pipeline transport, would trigger a conflict with the part of his vote base (and that of Congressional Democrats) which attaches great importance to environmental issues. 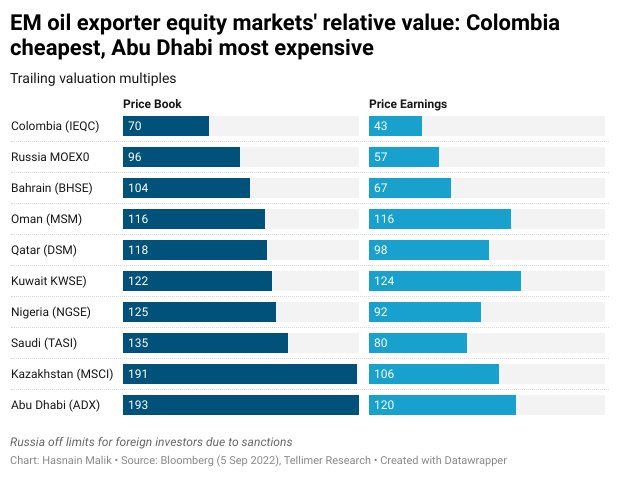