Nigeria's surprise exit from recession doesn't mean its problems are over

For FY 20, Nigeria's GDP contracted 1.92%, less bad than the IMF's forecast of a 3.25% contraction. The recovery in Q4 20 makes Nigeria the first among African countries to post positive growth and a recovery from the Covid-inflicted recession (so far only Nigeria, Tunisia and Mozambique have released Q4 20 GDP results). 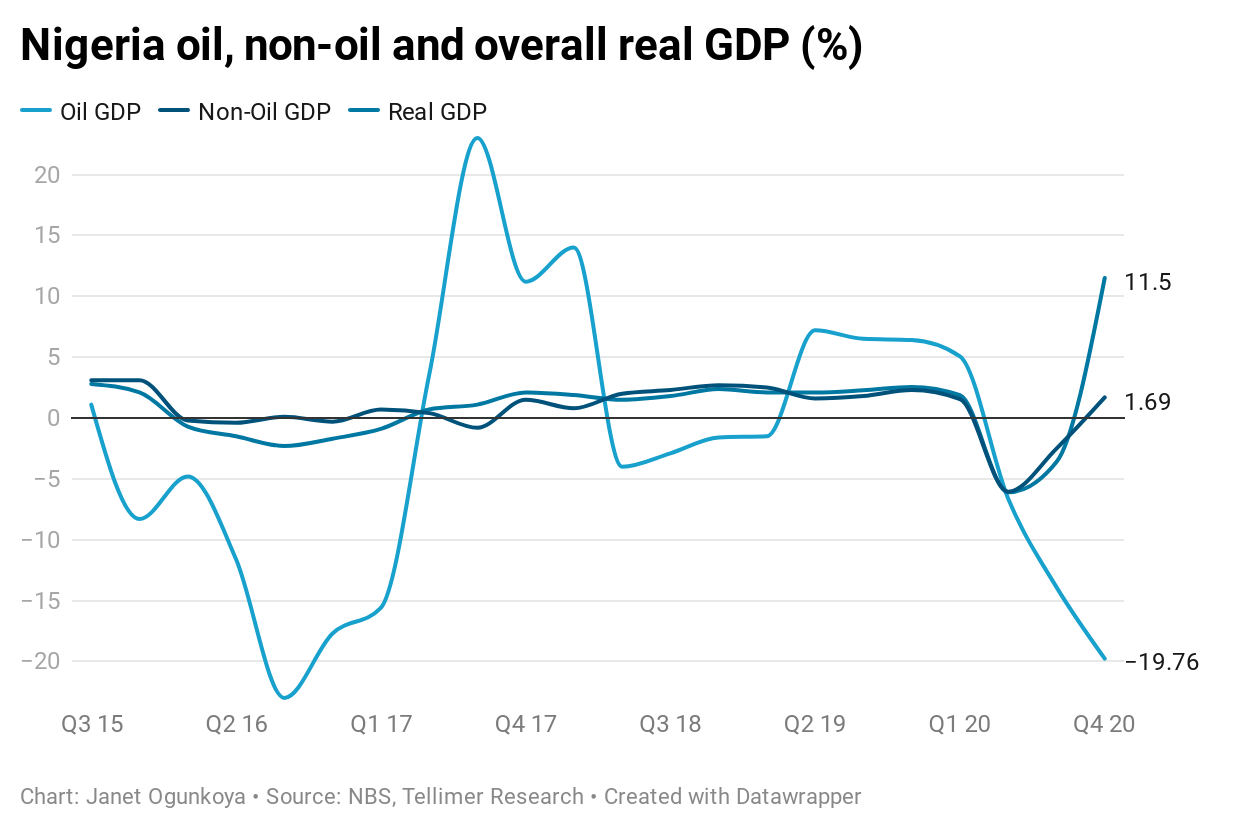 The growth in the quarter was largely driven by the non-oil sector which grew 1.7% yoy. Notable among sectors driving the growth was the Telecoms sector (12.5% of GDP), which continued to deliver strong double-digit growth (17.6%). The telcos have thrived as a result of the lockdown measures caused by Covid which has led to increased data consumption, but have been hit by recent regulation.

The real estate sector was also a positive surprise, as it posted its first growth since Q1 19 and just the second since Q4 15. The growth in the real estate sector mirrored the sharp increase in cement consumption we saw in 2020, especially after lockdown measures were lifted. That said, it may be too soon to be enthusiastic about the recovery as it remains to be seen if this is a one-off recovery like in Q1 19.

In contrast, the oil sector recorded a sharp contraction of 19.8% in the quarter, worse than the 13.9% decline in Q3 20. This mirrored the slump in oil production which fell to 1.56mbpd from 1.67mbpd in Q3 20 and 2.0mbpd in Q4 19, as Nigeria tried to meet the OPEC+ stipulated quotas and make up for previous overproduction. This marks the lowest production level since available data began in 2009. With the recent easing in OPEC cuts, which increased Nigeria's quota from 1.40mbpd to 1.52mbpd, we could see a slight pickup in oil sector growth from Q2 21 – considering a favourable base period. 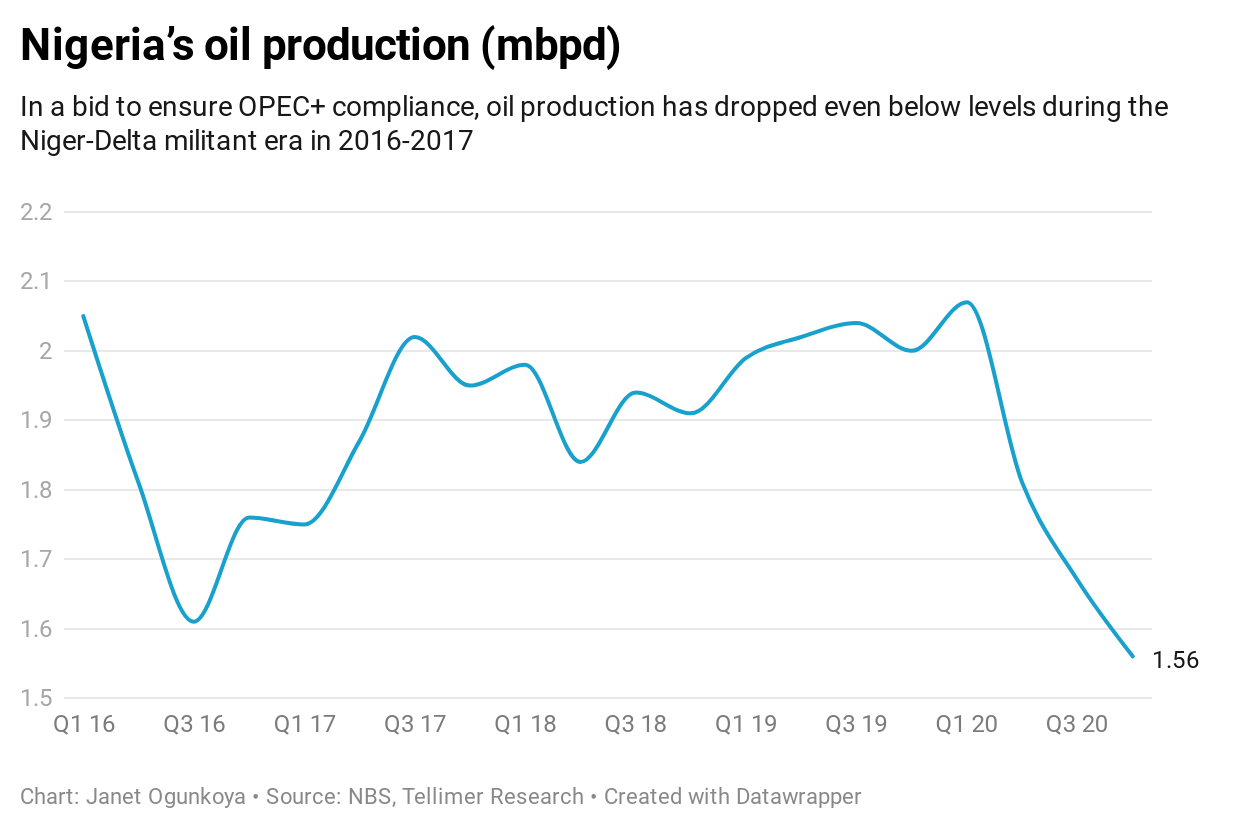 IMF could raise its 2021 growth forecast for Nigeria

The IMF forecasts growth of 1.5% for Nigeria in 2021. However, with the sooner than expected recovery from reccession in Q4 20 and a better FY 20 GDP growth turnout than the IMF had estimated, we could see an upward revision to its forecast.

That said, the risks in Nigeria persist

The Nigerian economy continues to battle currency challenges, with FX illiquidity making it hard for businesses to import. The multiplicity of FX rates also holds back any influx of foreign capital, with the IMF estimating a REER overvaluation of 18.5% according to its latest Article IV on Nigeria.

On Covid, although the number of new cases in the second wave of Covid has started to ease (from a peak of 2,464 in Jan 2021 to the latest 877), they remain higher than the peak (790) of the first wave in July last year, while plans to secure the Covid vaccine remain blurry. Meanwhile, the threat of a resurgence of Ebola in West Africa (following recent cases in Guinea) further threatens growth in the region.

Overall, we retain our bearish view on Nigeria’s economic outlook. More ambitious efforts by the Central Bank of Nigeria (CBN) to tame inflation and liberalise the exchange rate regime are needed to set the stage for a stronger recovery. Further out, although the plan for a GDP rebasing by 2022/23 will bode well for GDP data and other metrics, this is only cosmetic.