An explosion at an illegal refinery in eastern Nigeria on the border of Rivers and Imo states led to the deaths of over 100 people on 22 April.

The Nigerian National Petroleum Corporation (NNPC) recorded a total of 599 instances of vandalisation between August 2020 and August 2021, and government officials estimate that as much as 200,000 barrels per day (bpd) of Nigeria’s oil production is stolen daily.

Meanwhile, the country continues to struggle to ramp up production to meet the stipulated OPEC quota. In Q1 22 on average, Nigeria under-produced by 200,000bpd versus the quota, which translates to cUS$1.8bn in total lost oil revenue (based on a US$97/barrel average oil price) over the three months. 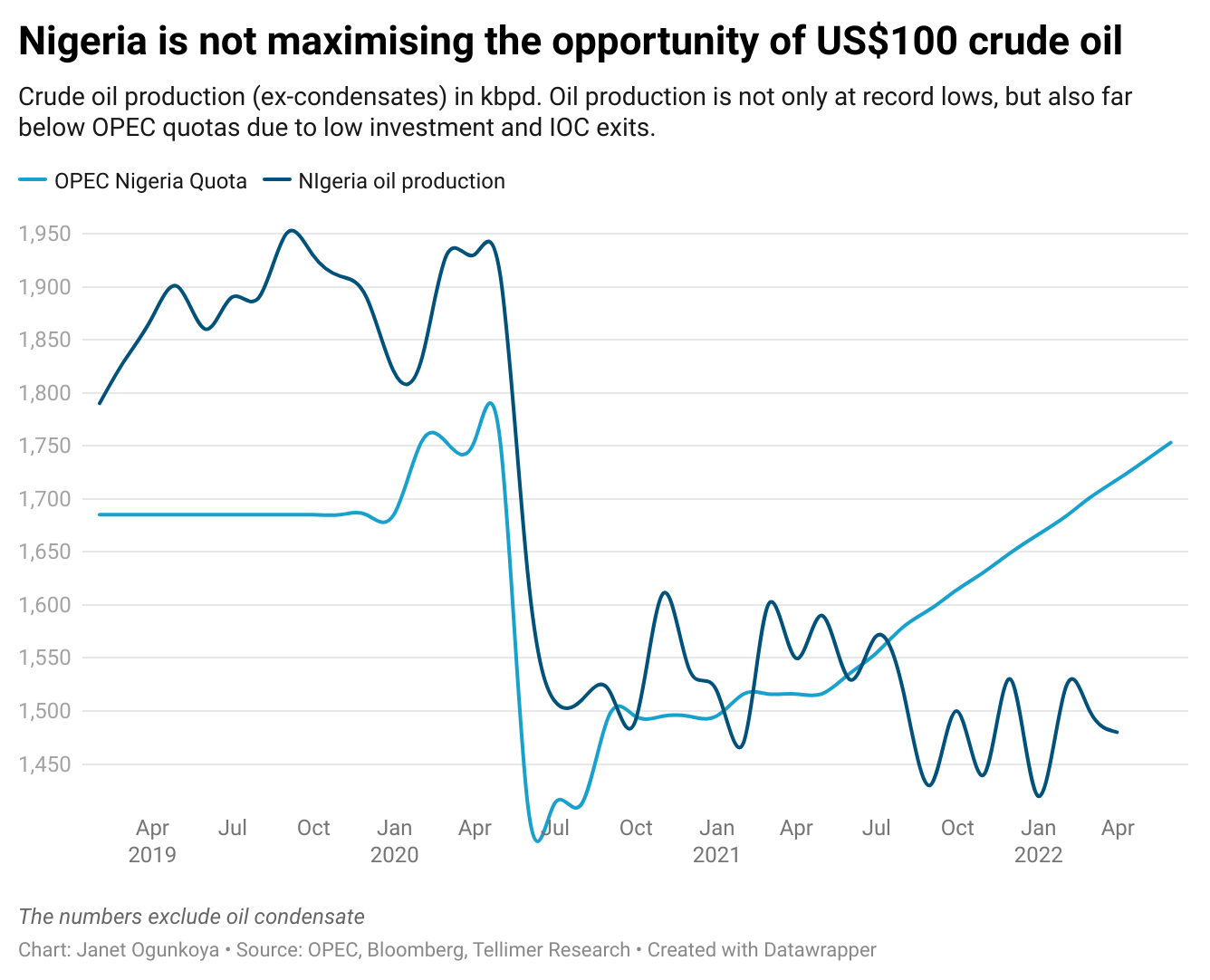 Illegal refineries thrive due to the absence of operational licensed facilities – Nigeria, despite its oil production capabilities, relies on imports to meet 100% of its refined energy needs.

The country's major hope for energy independence is the Dangote refinery. Although the highly anticipated 650,000bpd capacity refinery has been delayed a number of times, with the latest deadline set for 2023 (before Buhari leaves office), it remains Nigeria's best chance. 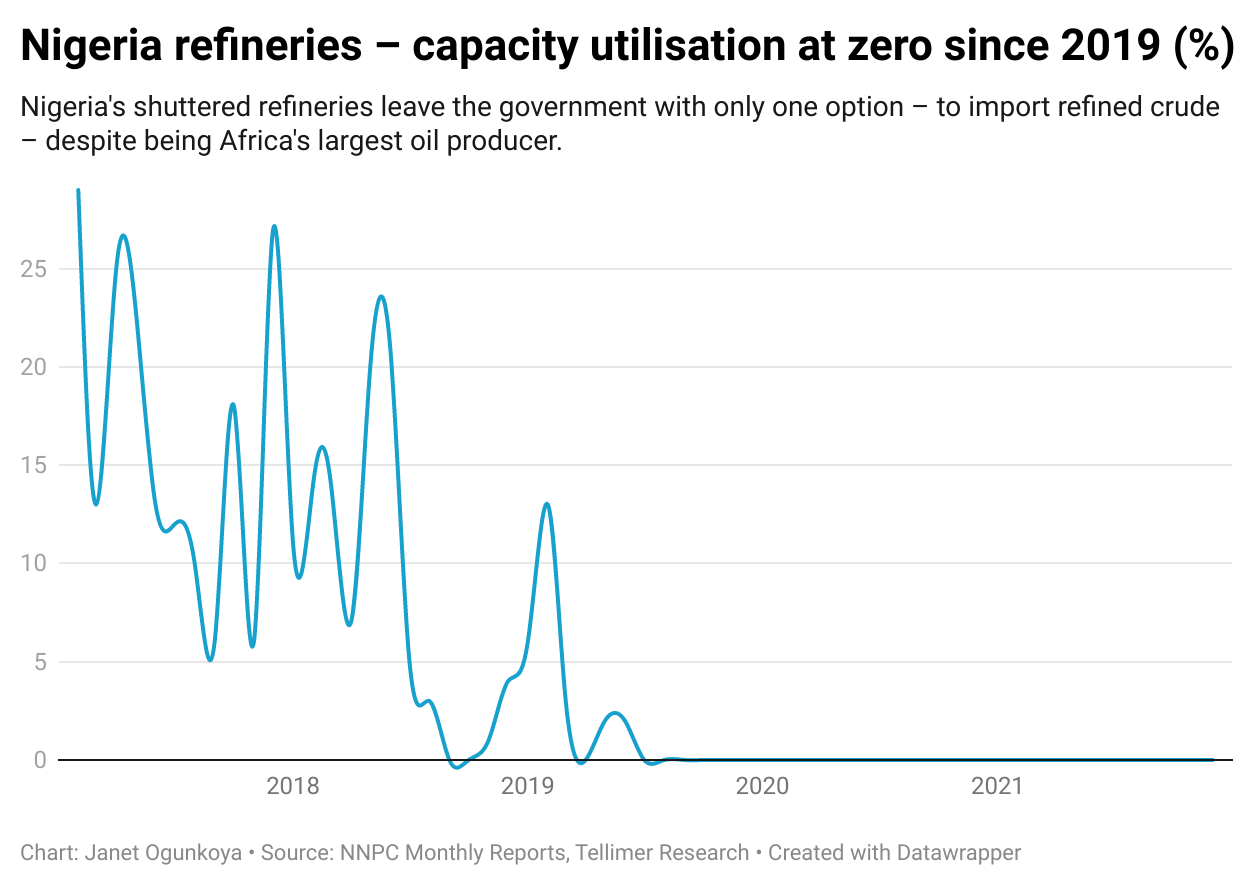 That being said, there has been a surprising recent announcement that the Port Harcourt refinery could resume operations in Q1 23. If successful, the ample spare capacity would mean excess refinery capacity for Nigeria's 425,000bpd daily fuel consumption economy. The more refinery capacity, the better. Nigeria could even become a net exporter. 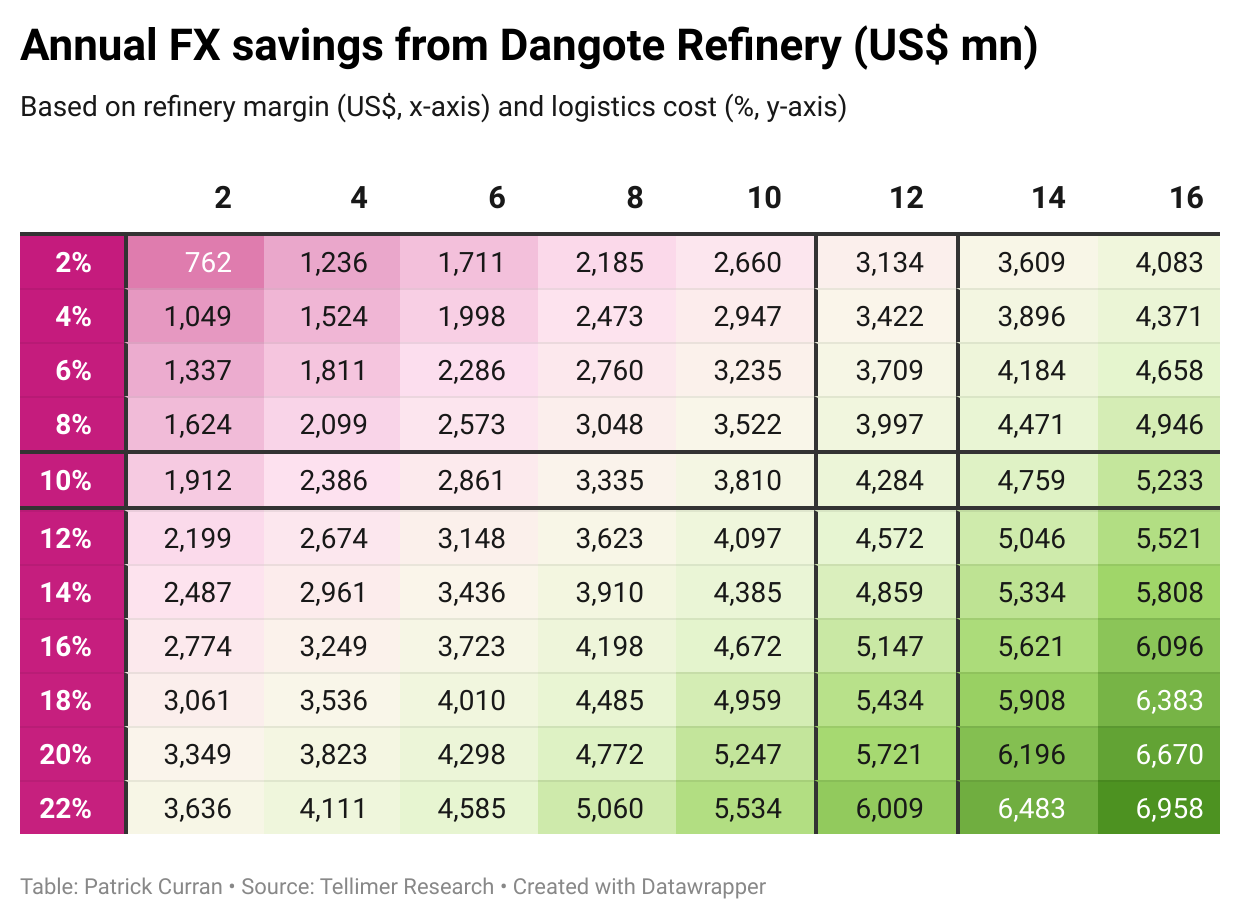 In a bid to reduce oil theft, there has been a clampdown on illegal refineries, which are known to buy raw crude from illegal sellers who engage in oil theft. According to the authorities in one of Nigeria’s major oil production hubs, 128 of 142 illegal oil refinery sites in a local area in Port Harcourt were closed down in February.

Oil marketers have noted that this clampdown has been a key reason for the scarcity of diesel recently and the resultant hike in prices.

Asides from the economic losses that come with illegal oil theft and refining activities, neighboring communities can face health problems and environmental challenges from the polluted air and water (the illegal refineries burn crude at very high temperatures).

These environmental issues can also be partly blamed for the exit of international oil companies from Nigeria.

The solution in modular refineries

In a bid to reduce illegal activities and shore up the country’s refinery capacity, the NNPC has been approving licenses for modular refineries – small-scale refineries that can be built within 12-18 months.

However, reports show that these small-scale refiners face significant funding challenges. Besides the costs required to obtain licenses, the refiners also have to use official channels to secure the raw crude they need, rather than much cheaper stolen oil.

The midstream operators also struggle with securing margins on subsidised petroleum products, which are sold at fixed discounted prices by the NNPC to oil marketers (although unsubsidised diesel and kerosene sales can make up for some of that shortfall).

But, overall, the introduction of modular refineries could help stop illegal refining, increase the supply of refined fuels and reduce Nigeria's dependence on imports. Moreover, they will provide employment opportunities for operators of the unauthorised facilities. 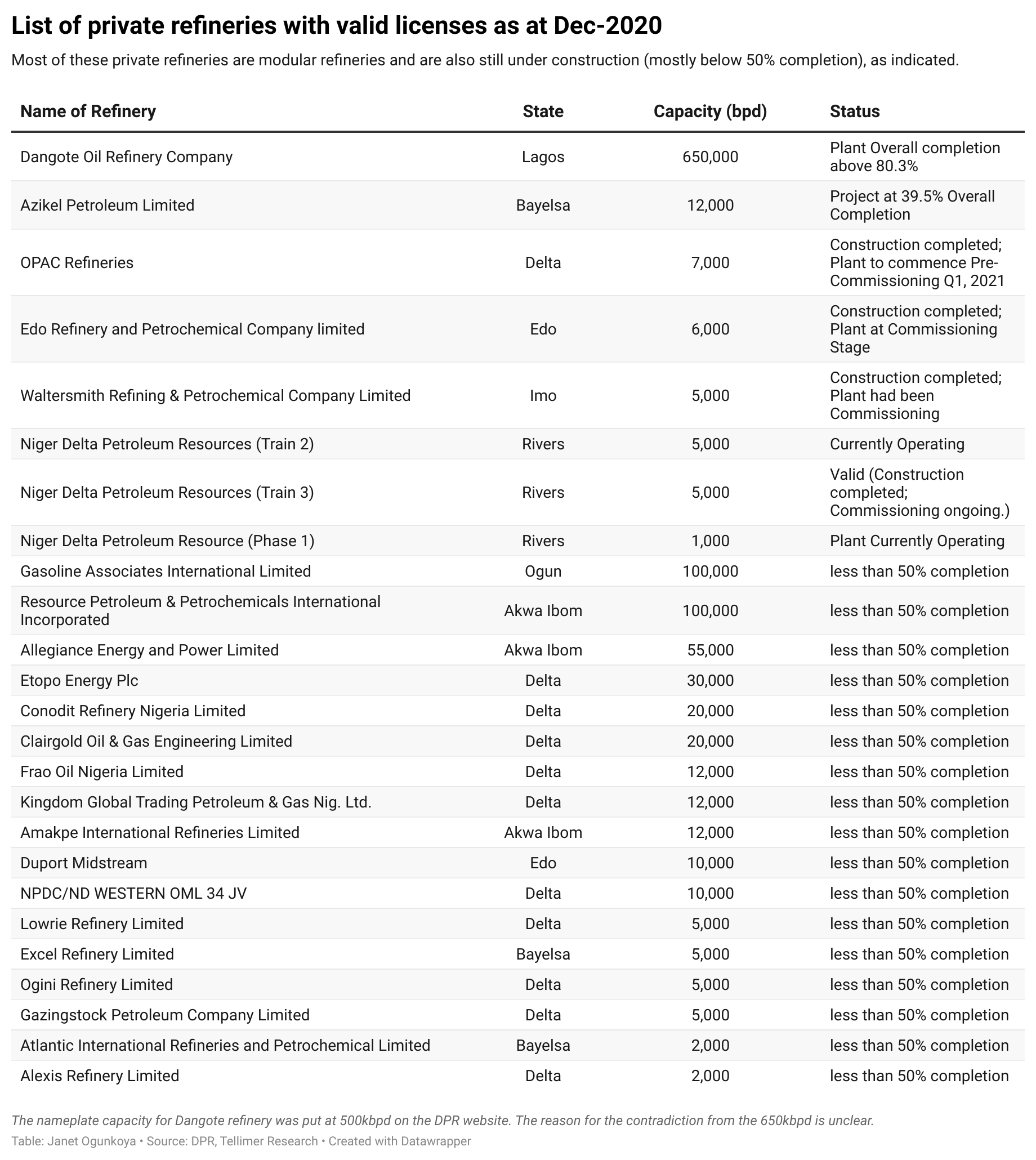