There has been significant pressure on Nigeria’s energy sector across all fronts this year. One key area is the country's extremely low electrification rate, with only 55% of the 200mn population connected to the national grid (in rural areas, the number is even lower, at 39%).

According to reports, Nigeria's national grid has the capacity to generate 12,522 megawatts (MW) of electric power, but the Nigerian Electricity Regulatory Commission (NERC) reports only c5,000MW installed operational capacity in 2021 and c4,000MWh generated on average through the year. This is grossly insufficient for the country's energy needs and, in fact, less than this is distributed as some of the power is lost on transmission and distribution. 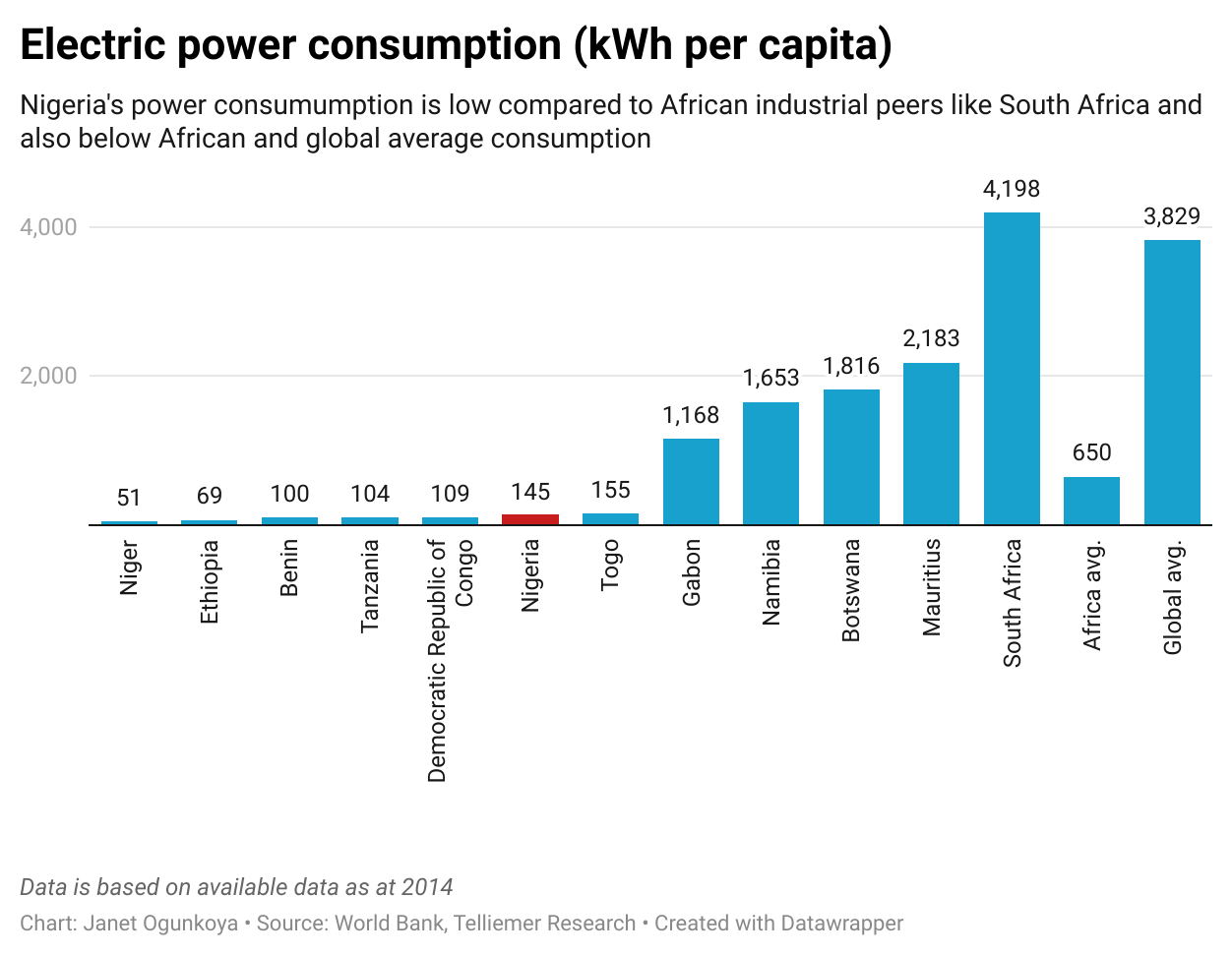 And generation has deteriorated even further this year in light of the grid collapsing twice. Updated data is not available, but reports indicate that power generation dropped to as low as 2,000MW at the nadir of the collapse. Average power generation so far this year hovers at c3,000MW amid low water levels and limited gas supplies to the hydro and thermal power plants. 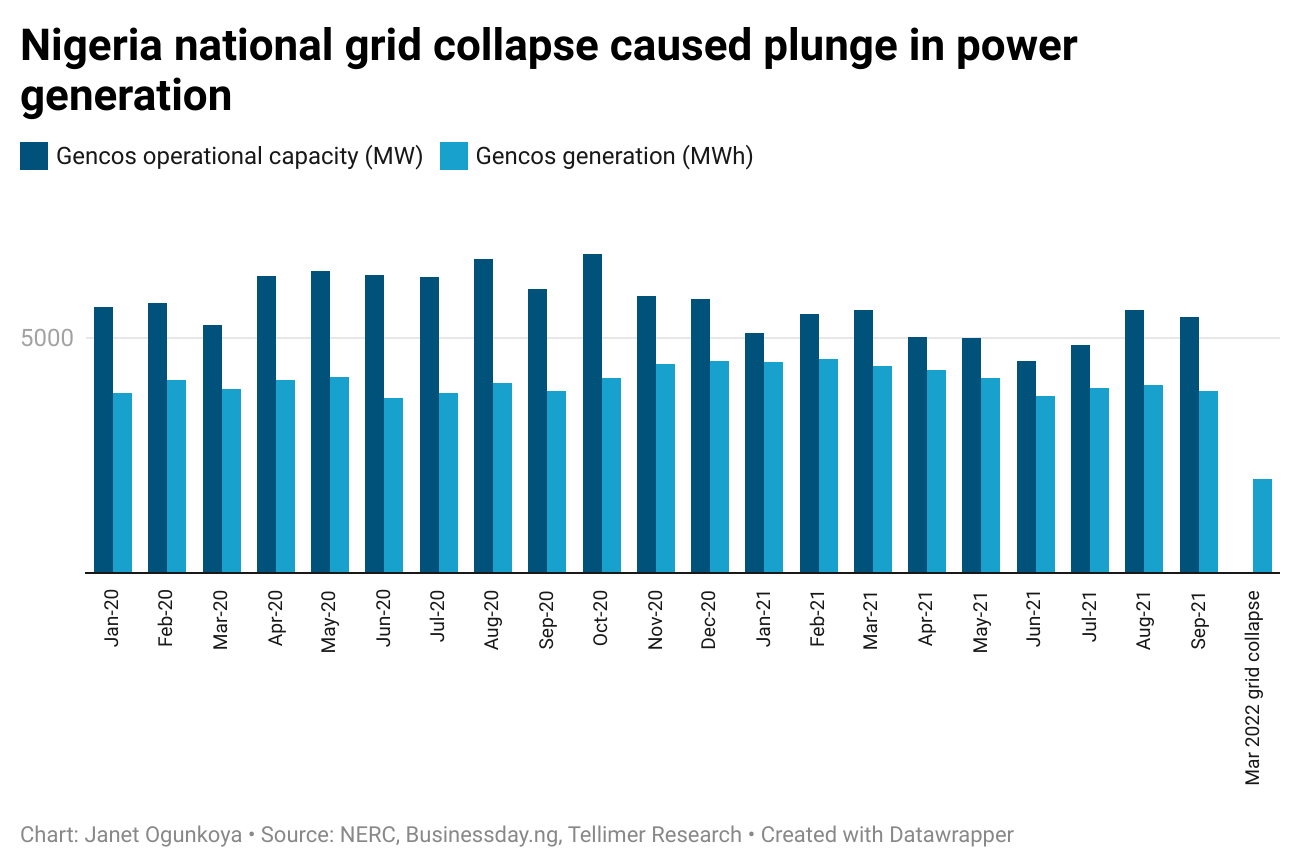 Because of the inefficiencies of the national grid, consumers have had to rely on off-grid, fossil-fuelled generators. However, even sourcing gasoline (petrol) and diesel for these has been extremely difficult this year.

The challenges around the grid and fossil-fuelled energy sources seem endless, as we have discussed in a number of our recent West Africa in Focus reports:

The energy crunch is widespread and felt by all, including we in Tellimer's Lagos team. Power supply from the national grid has been so sporadic that we have had less than five hours of power per day (on average) since its collapse. As a result, we are forced to source power from petrol-fuelled generators, which are expensive and noisy to run.

Co-working spaces and serviced apartments, for which clients pay service fees and have contractual agreements to be provided with uninterrupted power, have had to modify their agreements due to the rising costs of running on diesel-fuelled generators.

Demand for solar is hitting the roof

With these growing power challenges, it is no surprise that there is increasing interest in a long-overlooked power source – solar. Nigerian consumers are now finding that solar could well be more reliable and economically viable than other options. 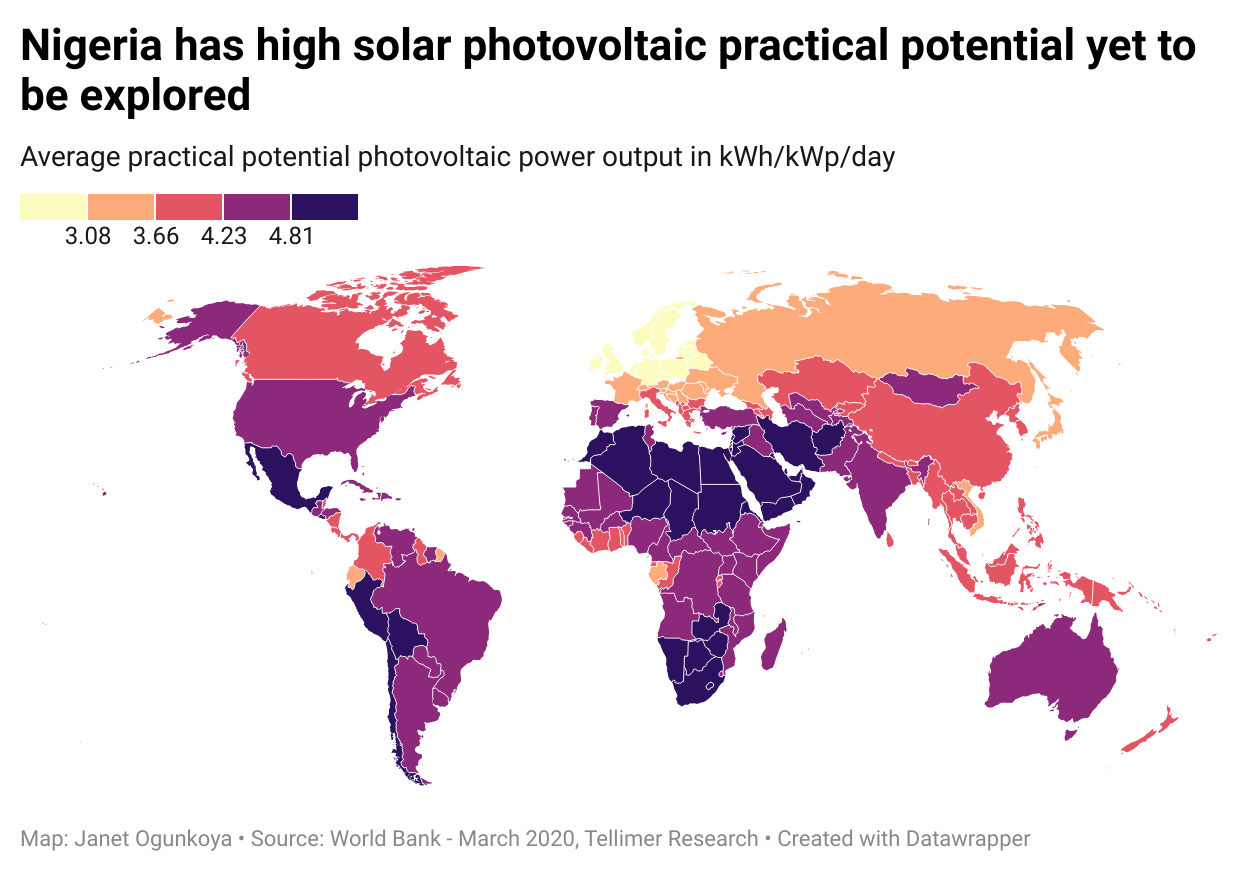 In fact, with five hours (Lagos) to eight hours (the northern regions) of sunshine a day and above-average solar PV capacity potential, solar energy seems to be an obvious solution for the country. But, as of 2019, less than 1% of Nigeria's total power consumption was sourced from the sun, according to the IEA. 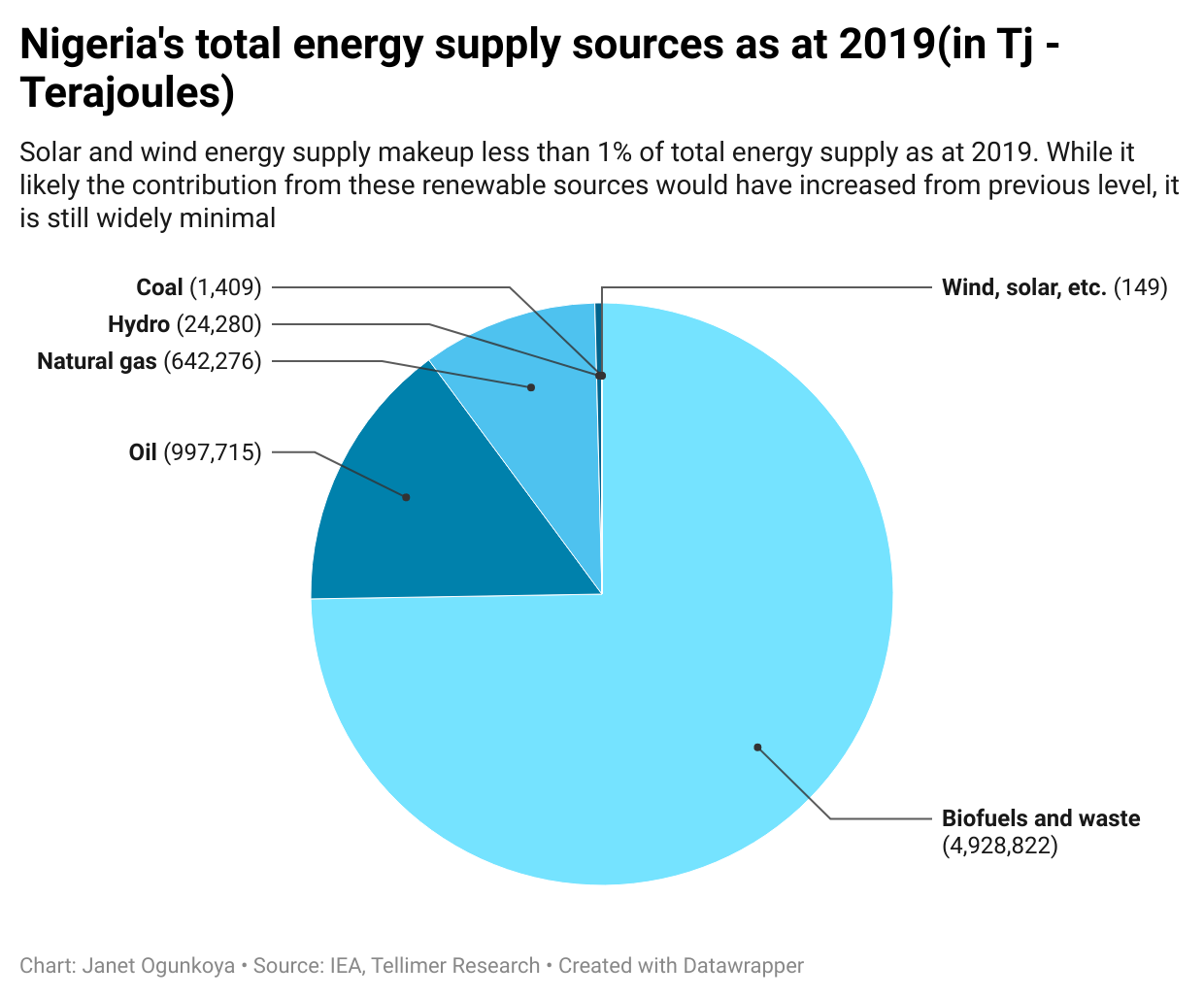 The slow rate of adoption can be attributed to the high initial costs of the solar systems and the novelty of the technology, which has left many sceptical. However, positive feedback from existing users and flexible payment plans is increasing the attraction of solar energy.

The most common flexible payment methods include installment payment plans and pay as you go. The two are similar in that the buyer owns the systems after completion of payment. The likes of Rensource (see below), though, use a power-as-a-service (PaaS) model on micro-utility projects, although this does not come with ownership of the asset.

Some operators have cited increased interest in and demand for domestic solar power sytems. Quoted in BusinessDay, the CEO of Arnergy Solar (an indigenous operator, see below) claimed to have seen demand for solar systems spike by 300% over the past three months, while another operator reported a 30% increase in demand over the same period.

The fact that power in Nigeria (as with many other key utilities and infrastructure) has to be self-sourced, makes adoption of off-grid solar energy a lucrative and growing market opportunity for investors.

The solar system industry in Nigeria is quite fragmented, with many small players, in line with its nascent state and untapped potential. But some companies are able to operate at a larger scale. These include;

Anergy is a Nigerian solar energy company founded in 2013 that has installed 3MW of electricity generation and over 9MWh of storage capacity in Nigeria.

In 2021, the company made Bill Gate's top five cleantech firms that will save the planet. In 2019, the company also secured US$9mn in series A funding from Bill Gate's Breakthrough Energy Ventures with participation from the Norwegian Investment Fund for Developing Countries (Norfund), the EU's Electrification Financing Initiative (ElectriFI) and All On energy.

Anergy's most popular product is the Arnergy 5,000 (the range goes up to the Arnergy 30,000), which comes with a 5KVA hybrid inverter. The company offers lease-to-own payment plans, although the monthly payments of over NGN170,000 (US$290) over three years could be out of reach for the average Nigerian consumer. The outright cost is over NGN5mn (US$8,500).

Lumos is a Dutch renewable energy company with operations in Nigeria and Cote d'Ivoire. The company partners with telecoms giant MTN in providing solar power solutions.

Lumos's products (such as the Lumos Yello box) are small capacity units that are relatively affordable and, thus, within reach of the average Nigerian household. Monthly payments of cNGN4,500 can be made via mobile phones. Payments plans are typically five years' duration, after which the solar system belongs to the buyer. As at end-2021, the company had installed solar systems for 150,000 customers and planned to reach 1mn by 2025.

The company has raised US$200mn in funding, mostly via grants (the remainder being from venture capital and debt funding), with the latest being US$35mn of funding from the US International Development Finance Corporation in 2020.

Rensource is a Nigerian solar company with a core focus on large-scale energy solutions through micro utility projects. Speaking with a representative, we understand that Rensource has moved away from selling solar systems to households early on in its life and now focuses on bulk energy provisions to small and medium-sized enterprises, housing estates and poultry farms, etc.

The company operates a PaaS model, in which single offtaker power plants are built and are paid a 'per-kilowatt-hour' price based on 10- or 20-year contracts. The company has raised US$28mn in six funding rounds, with the latest being a US$3mn series B venture capital funding round (after raising US$20mn in series A).