Nigeria's inflation continues to follow an upward trajectory. Inflationary pressure in the US is forcing emerging markets globally to consider rate hikes, but Nigeria has lived with steeply rising prices for some time now. Moreover, the country's oil production has reached new lows, further worsening the investment case.

Elsewhere, security concerns in the Sahel region are increasing and Togo's government has declared a state of emergency. We also highlight the contribution of key West African countries to plastic waste.

Inflation fears in the US are hogging the headlines, but Nigerians have lived with them for a long time. Average inflation in Nigeria over the past 12 months is c16.5%. May inflation came in at 17.7%, the highest monthly rate since June 2021, with food inflation at 19.5% and core inflation at 14.9%.

Nigeria's central bank recently hiked its policy rate by a surprise 150bps, but that is not enough, given the weak transmission mechanism. Still, we think the US inflation will eventually affect Nigeria's real market interest rate as eurobond issuances are paused and countries look to domestic borrowing. 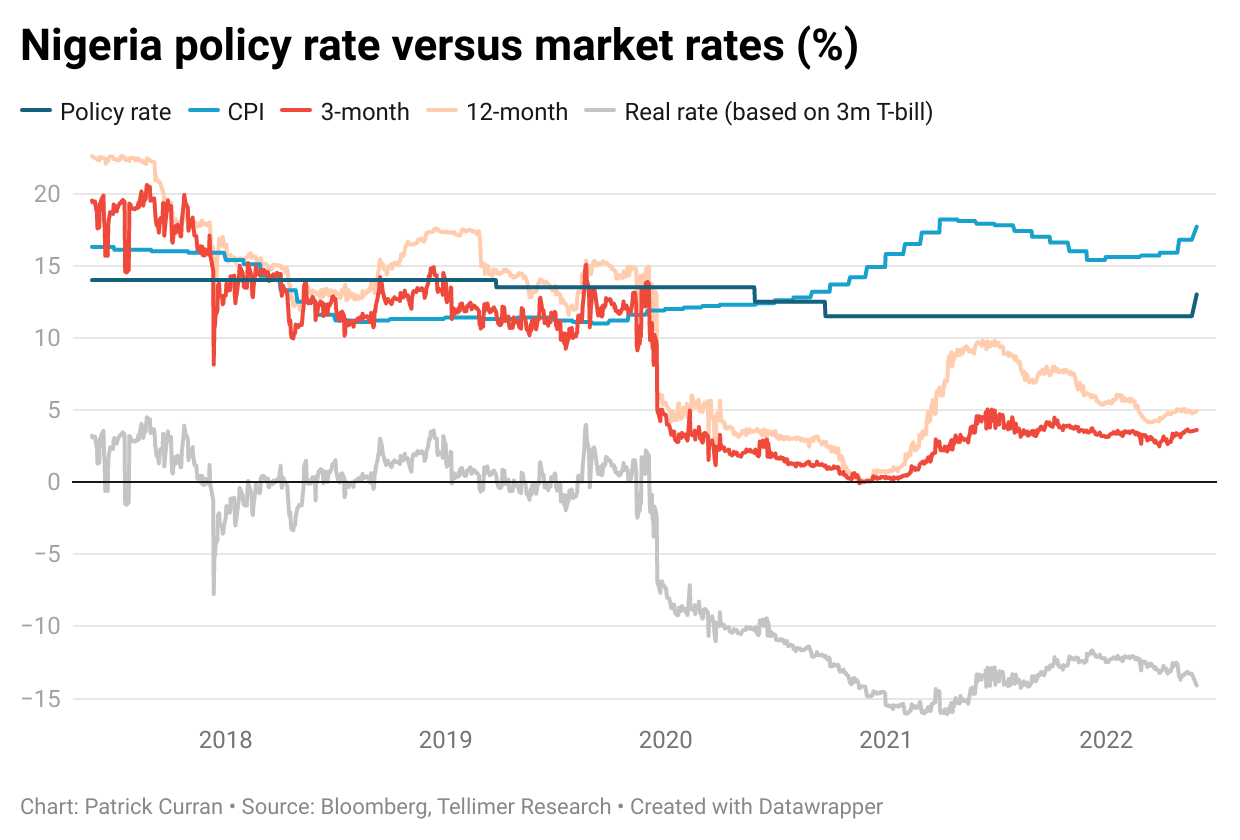 Nigeria's oil sector woes seem never-ending, with crude production declining to new lows of 1.279mn barrels per day (mbpd; plus condensates) in May, according to data from the Nigerian Upstream Petroleum Regulatory Commission, attributed to maintenance and sabotage of pipelines. With all attention on the 2023 elections, there is little hope for recovery.

The low crude oil outflows fall below the OPEC's allocated quota of 1.799mbpd. On average, in Q1 22, Nigeria under-produced by 200kbpd, translating into US$1.8bn of total lost oil revenue (based on a US$97/bbl average oil price). And, between the low oil production levels and increasing subsidy costs, the high oil prices could be causing Nigeria more harm than good. Foreign reserves have now dipped to levels last seen in October 2021, currently standing at US$38bn. 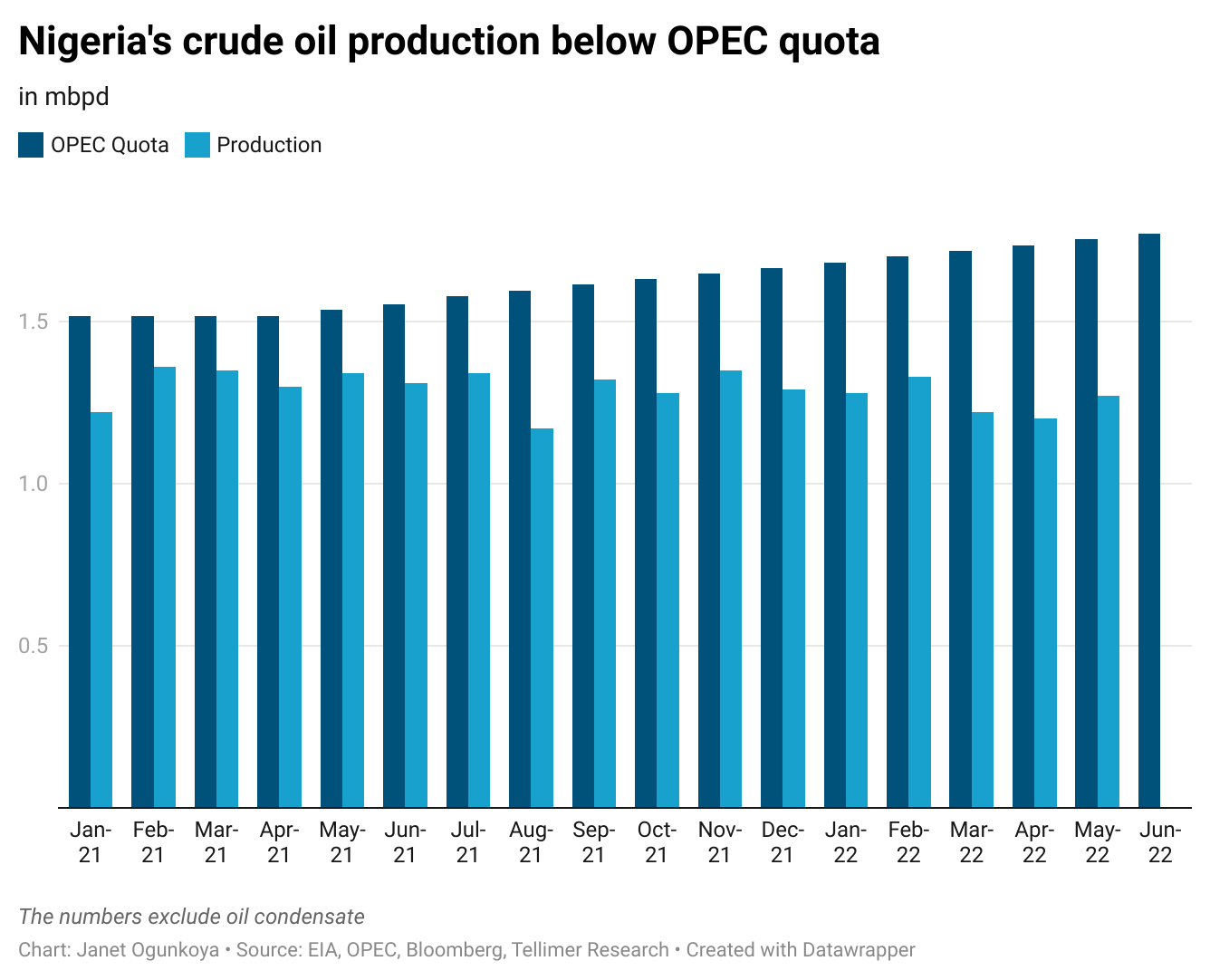 As more African countries shelve their eurobond plans and seek alternative financing, Ghana has received pledges from a syndicate of banks for US$1bn, which would help finance its budget and shore up its foreign reserves.

Ghana's fiscal issues have been at the root of its economic woes this year, resulting in a depreciation of the cedi by 22% ytd. The country aims to cut its fiscal deficit from 12.1% of GDP to 7.4% and has implemented an increased electronic transactions levy and cut spending to reach the target.

The country will consider another US$1bn tranche by the end of the year. In this context, we believe the collapse in the country's eurobond (yield spiked to 20%) makes the bonds a good Buy opportunity, as prices are now in line with even our more pessimistic recovery values.

Nigeria's election drama has started, and we have been commenting on political developments in the past few weeks. Most parties have now elected their flag bearers and are ready to kick off their campaigns.

Most attention will be focused on the ruling party (APC) and the major opposition (PDP), but a solid third force is emerging in the form of the Labour Party, which has the backing of some prominent ENDSARS figures. But, ultimately, the two leading parties still have a stronger chance of success, given their extensive cross-country networks.

The annual World Ocean Day last week served as a reminder of the climate change risks that environmental, social, and governance (ESG) investors profess to care about so much. Plastic accounts for c12% of global solid waste, and this share increase with economic growth and urbanisation. Unlike carbon emission, plastic waste is more distributed and will require a global effort to tackle.

Of the West African countries surveyed (Cote d'Ivoire, Nigeria and Ghana), Nigeria has the least mismanaged plastic waste per capita, but we think its burgeoning sachet culture poses a significant threat. 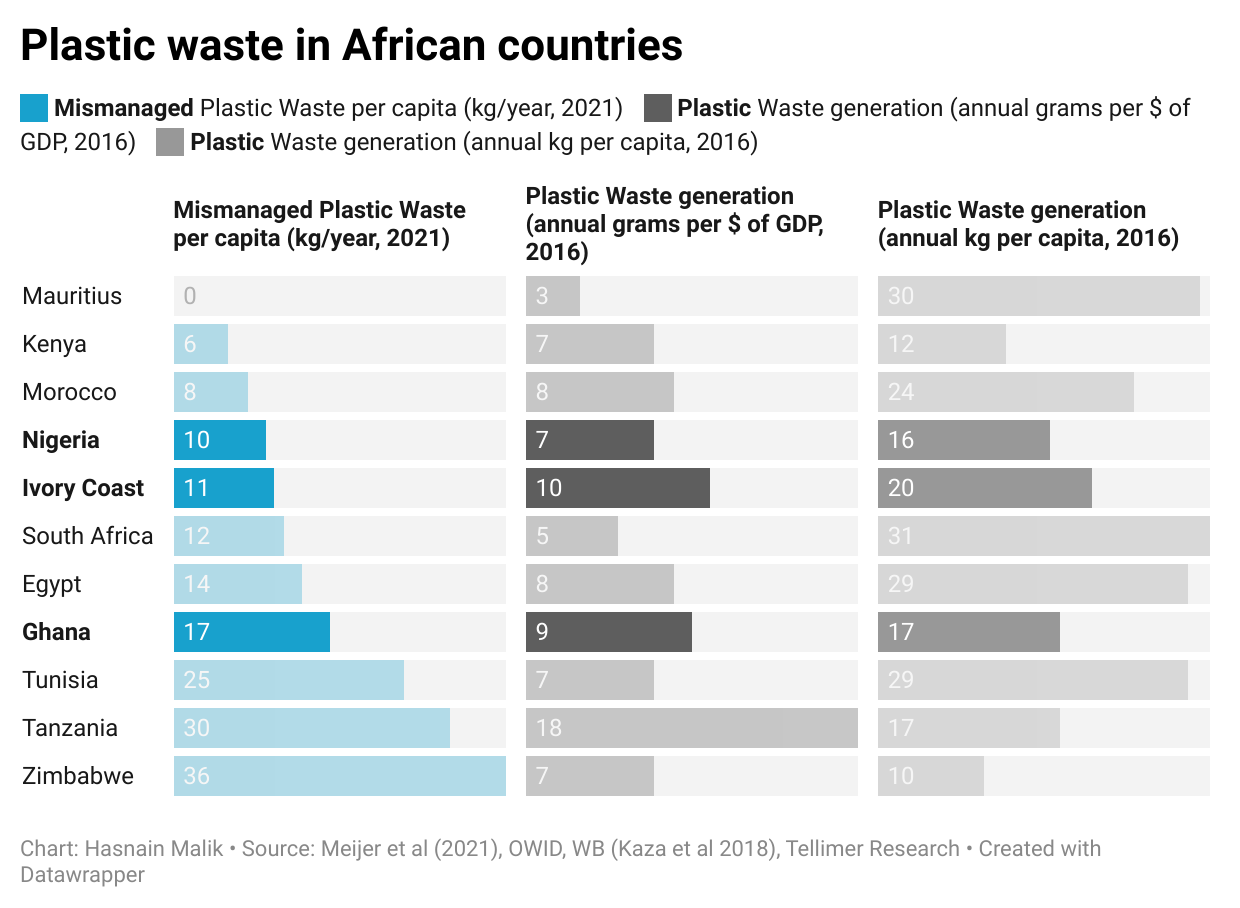 Togo declares state of emergency as insecurity spreads across the Sahel

On Monday, Togo's government declared a state of emergency over the increased security challenges in the country's northern region. Recent jihadist attacks in May were the first with causalities.

West African neighbours – Benin, Ghana, Guinea and Cote d'Ivoire – are also facing increasing threats from jihadists linked to Al-Qaeda and the Islamic State organisation as they look to advance beyond their current bases in Burkina Faso, Niger and Mali. And, just last week, we reported a fatal attack in southwestern Nigeria, reportedly perpetrated by terrorists.

Inflation is expected to increase slightly. Like many countries, the higher rate of inflation has been driven by increased food and energy prices and dollar-supply challenges.

Ghana's PPI increased for the seventh consecutive month in May, coming in at 31.2%. May PPI is expected to print higher, according to consensus estimates. This is a reflection of the global inflationary environment.

The Nigerian equities market has declined by 0.1% in the past week, bringing the ytd return to 24.4%. Sentiment was slightly negative, with 58 gainers versus 67 losers. Losses in key banking stocks like FBNH, UBA, GTCO and ZENITH, among others , offset the gains for PRESCO, FCMB and WAPCO. 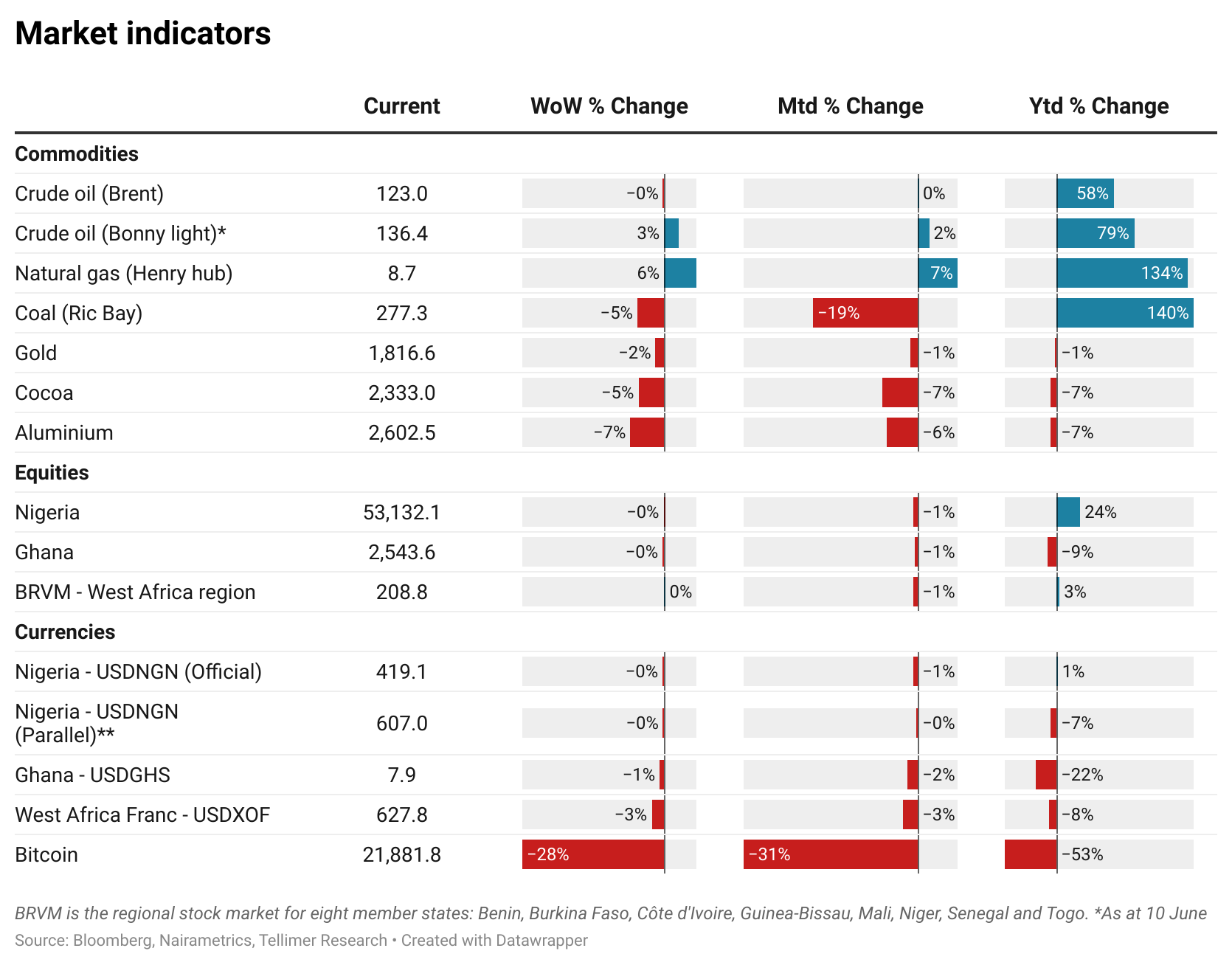 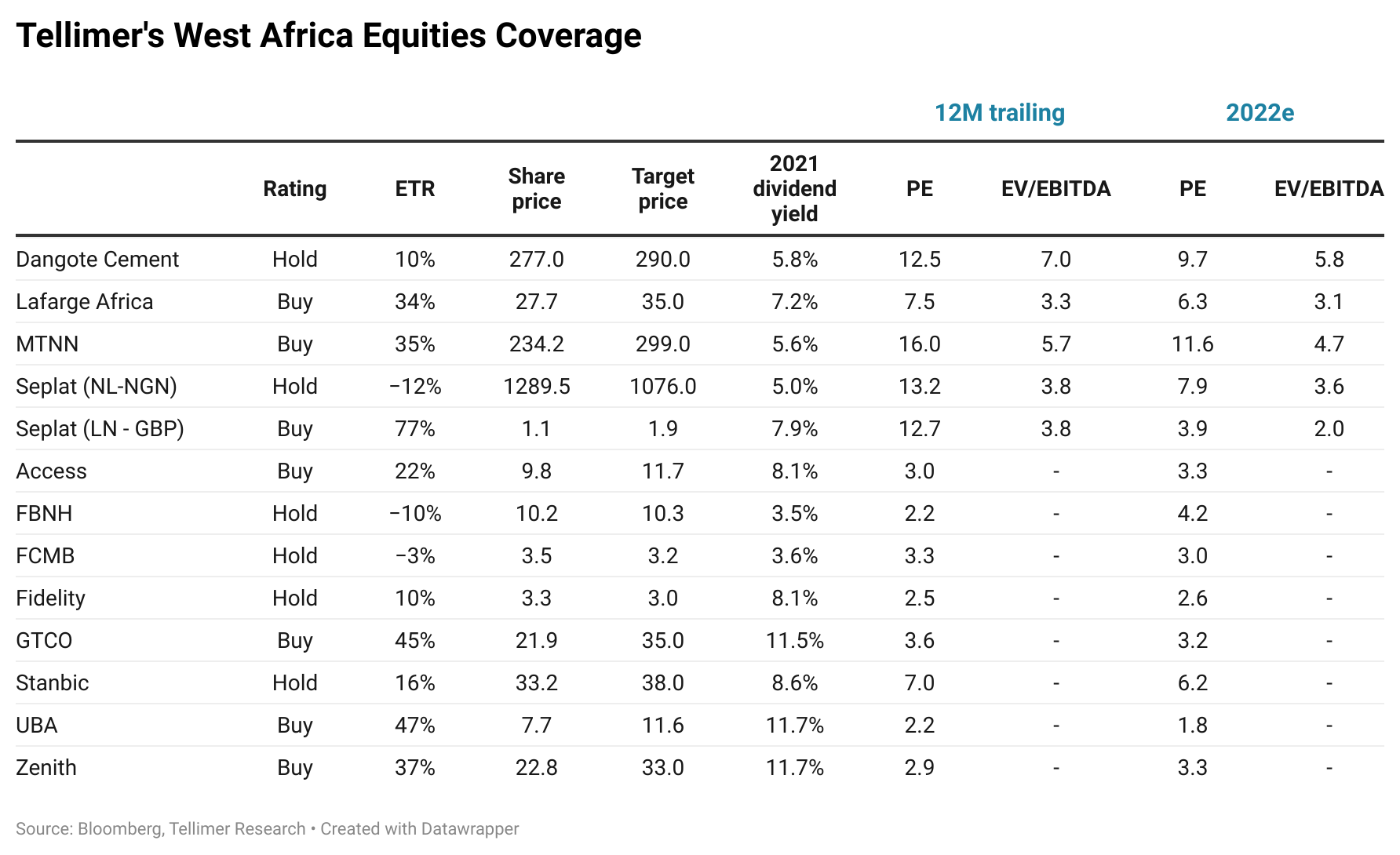 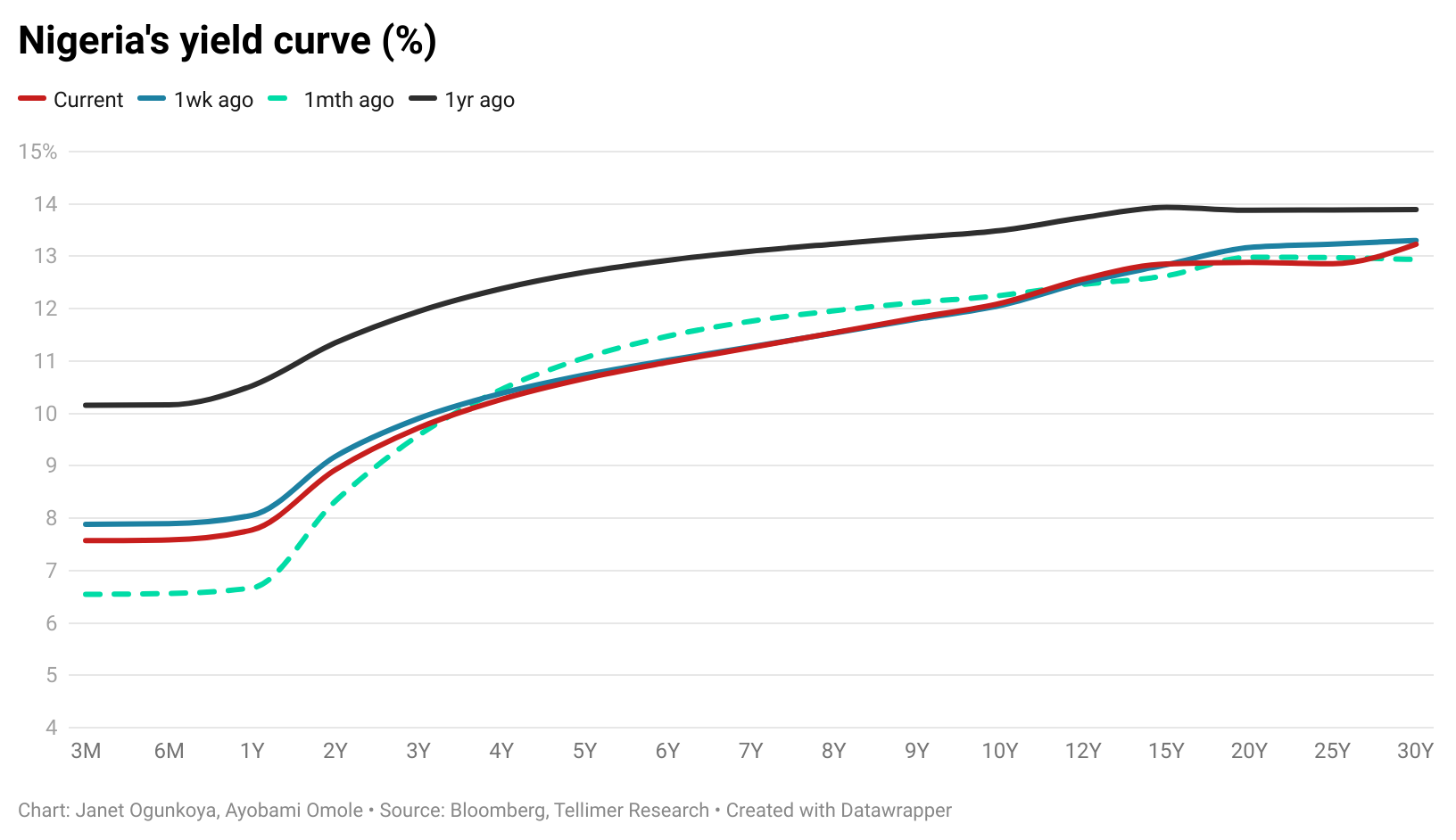 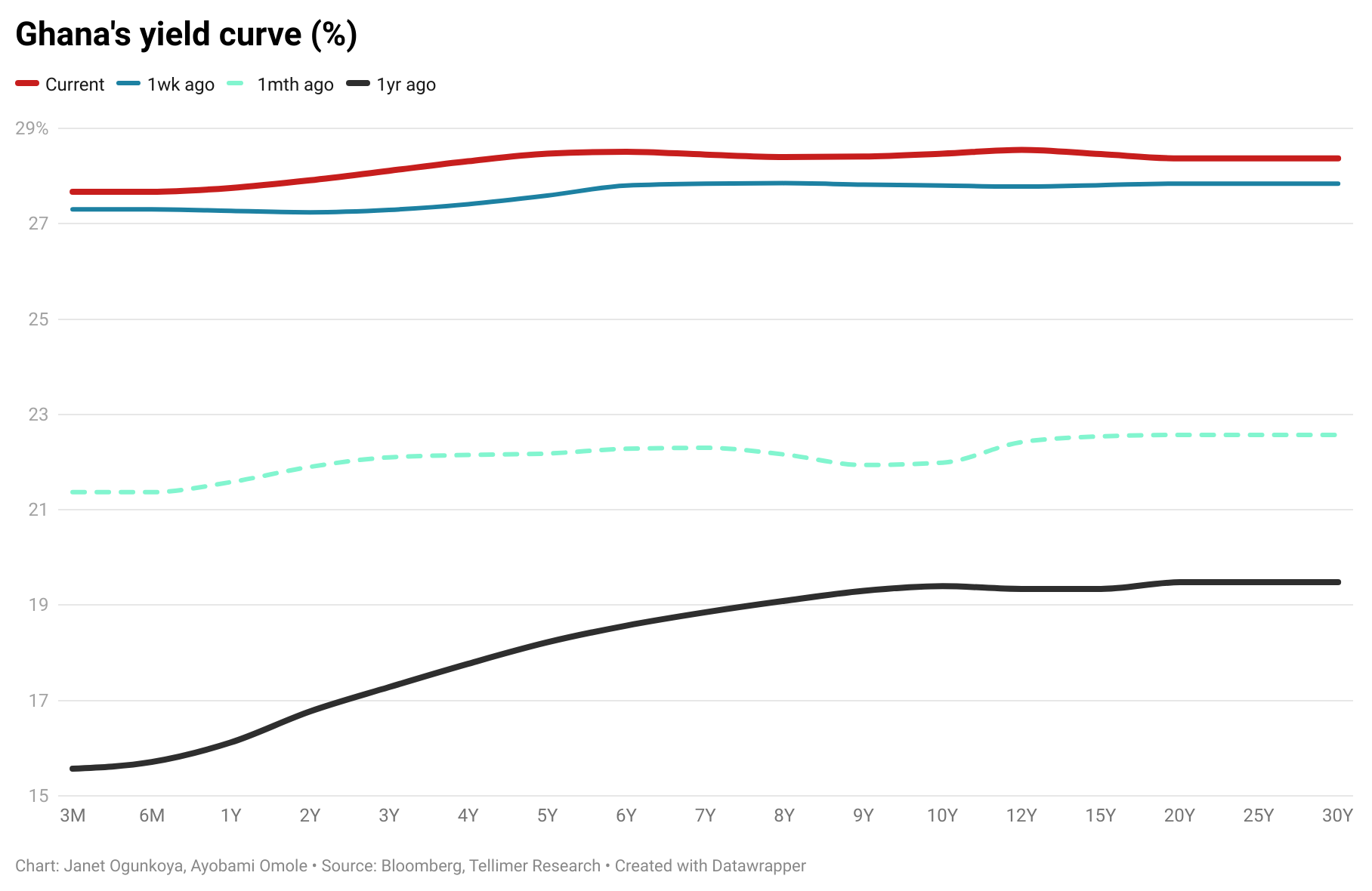