Nigeria's government is running on borrowed funds from its central bank

The Nigerian oil and gas industry has been in the spotlight recently, primarily from negative news such as oil bunkering, the mass exit of international oil companies, the declining investment in the sector and the failure to meet OPEC's production target. This time around, the sale of ExxonMobil's Nigerian operation to Seplta, a local operator, is causing friction between the presidency and the regulators. Elsewhere we examine the overborrowing by the Nigerian government and the unconventional measures being used to control Nigeria's naira crash.

We also highlight Nigeria, Ghana and Cote d'Ivoire's passport power (or lack of) in our recent evaluation of the passport strength of emerging markets.

Nigeria's anti-graft agency, the Economic and Financial Crimes Commission (EFCC), has threatened to arrest Nigerians hoarding dollars and other foreign currency. This follows the collapse of the Naira on the parallel market. Although the Naira has appreciated slightly from NGN700/$ to NGN675/$, it has nothing to do with the EFCC's threat. 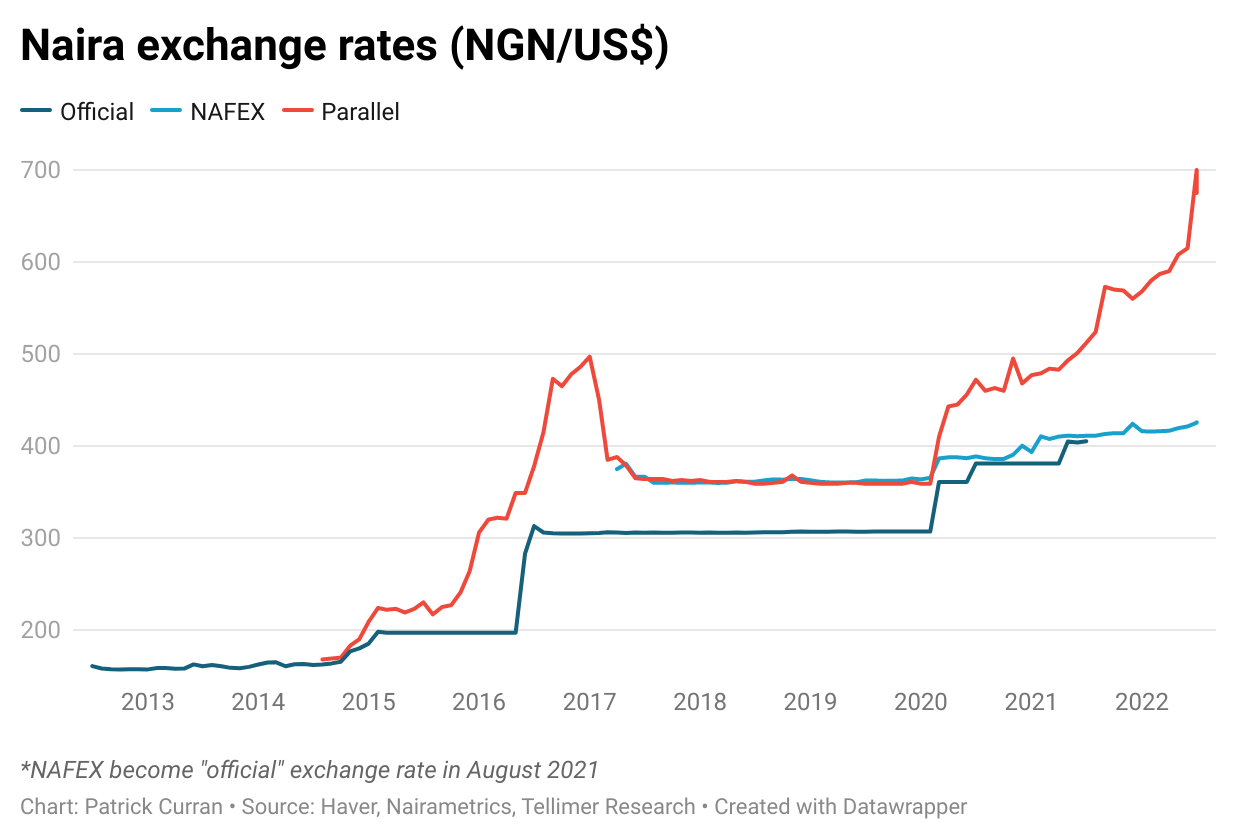 Nigeria's FX imbalances stem from its failed FX regime, with President Buhari and CBN Governor Emefiele opting to defend an overvalued exchange rate peg and limit official FX demand by banning certain actors from accessing the official market. However, this has only pushed more demand to the parallel market, exacerbating the depreciation and undermining the stated goal of the peg, which is to limit inflationary pressures.

Government to implement telecoms and beverage taxes in 2023

A couple of weeks ago, we highlighted the dire situation of Nigeria's fiscal deficit and pointed to the poor revenue generation. Over the past year, the federal government has introduced an array of taxes including excise duty on telecom services, alcoholic, sugar-sweetened beverages, cigarettes, and tobacco products, to increase government revenue.

The federal government has announced that the implementation of the proposed excise duties on telecommunications (5%) and beverages will commence in 2023. Considering the inflationary pressure in the country, it is a good news for the masses as additional taxes could exacerbate inflationary pressures. However, we maintain that the Nigerian government needs to boost its revenue.

These loosened taps of funds to the government negates the central bank’s measures to curb excess money in circulation through CRR debits and rate hikes. This increases inflation and FX risks, and leaves local investors with low yields on government securities, which translates to negative real returns. 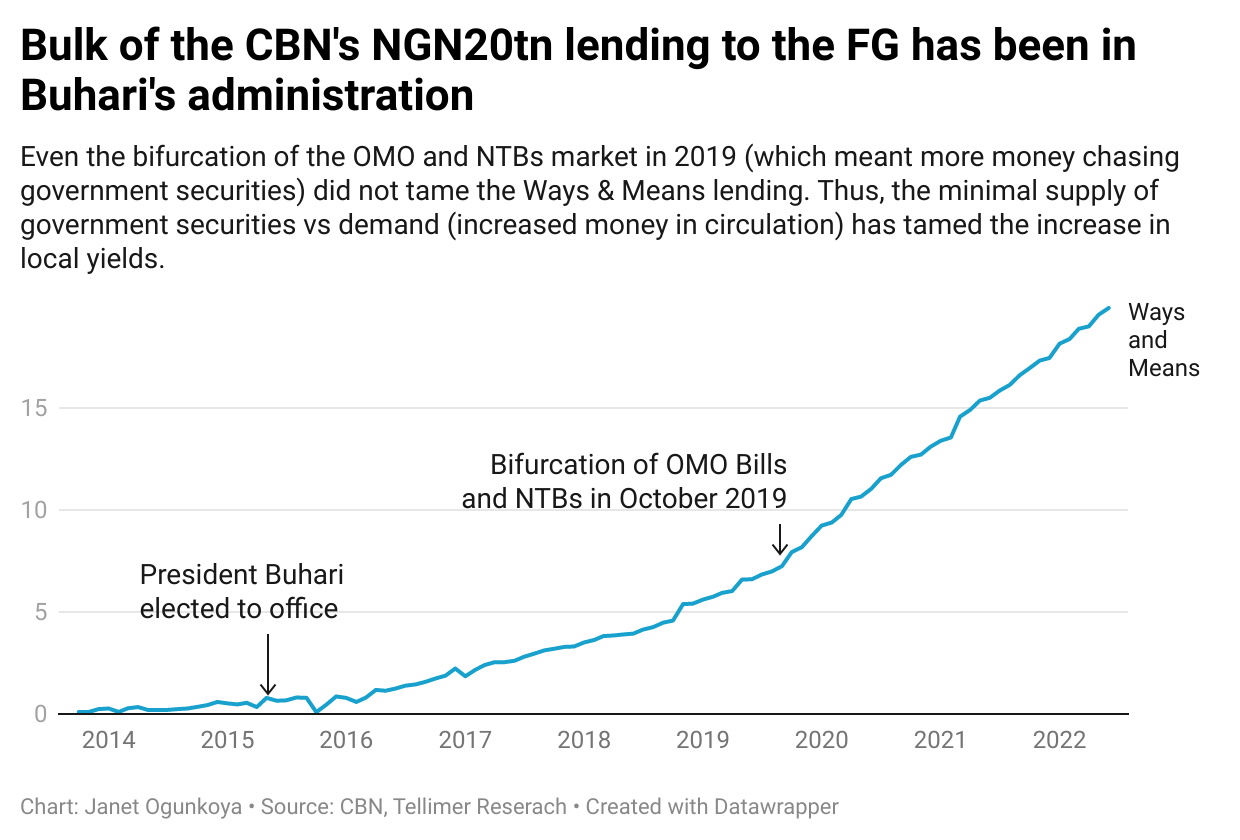 On 8 August, the market got cheery news of the Nigerian president's approval of Seplat's share acquisition of Exxon Mobil's Nigeria business. However, the excitement was short-lived after the upstream regulator rescinded that approval. The conflict between the president (who is also the Minister of Petroleum) and upstream regulator stems from ambiguous provisions in the recently passed petroleum law that subject the president's power (as Minister of Petroleum) to authorise acquisitions and mergers in the oil and gas sector to the regulator's recommendations. The regulator might be well within the law to turn down the president's approval of the sale.

That said, the bigger picture here is that the unnecessary ambiguities surrounding the oil major's sale to Seplat send the wrong signal to investors. This further dims the investment case for Nigeria's oil sector, which is already tarnished with increasing oil thefts and environmental issues. 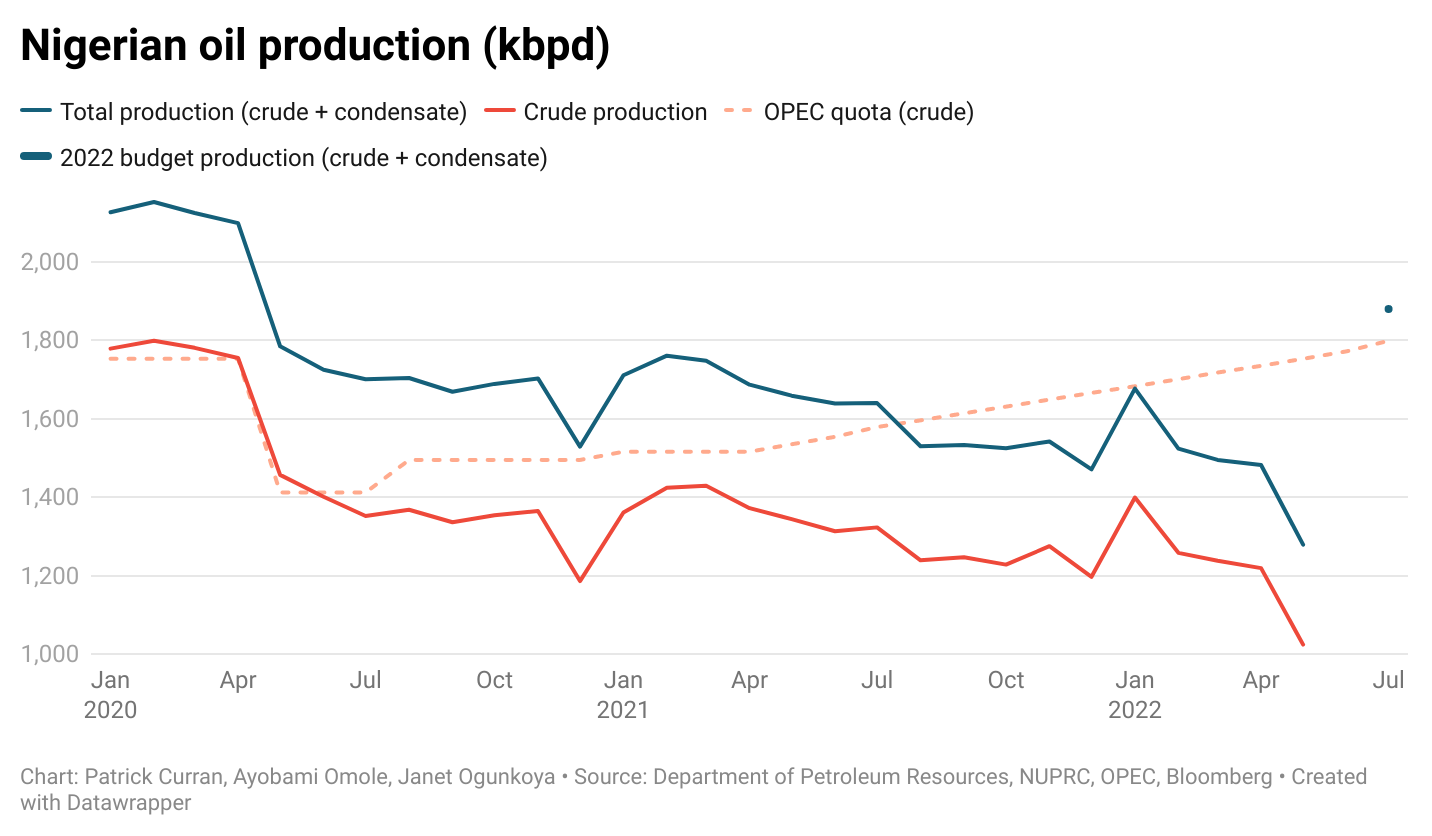 Our colleague Hasnain Malik's article on passport power shows that the strength of a country's passport (measured by the number of visa-free travel destinations available) may have a weak correlation with income levels. However, considering other factors, a stronger passport drives increased service export revenues. It also aids higher FX remittances.

According to the passport index, Ghana has the strongest passport power in West Africa, followed by Ivory Coast and Nigeria.

Inflation has continued to be a pain point for Nigeria and Senegal due to the Russia-Ukraine war and underlying issues in both countries. Nigeria is faring worse because of its exchange rate challenges, which are now passing through to consumer prices. In May, Nigeria's inflation was 18.6% and Senegal's 14.9%. 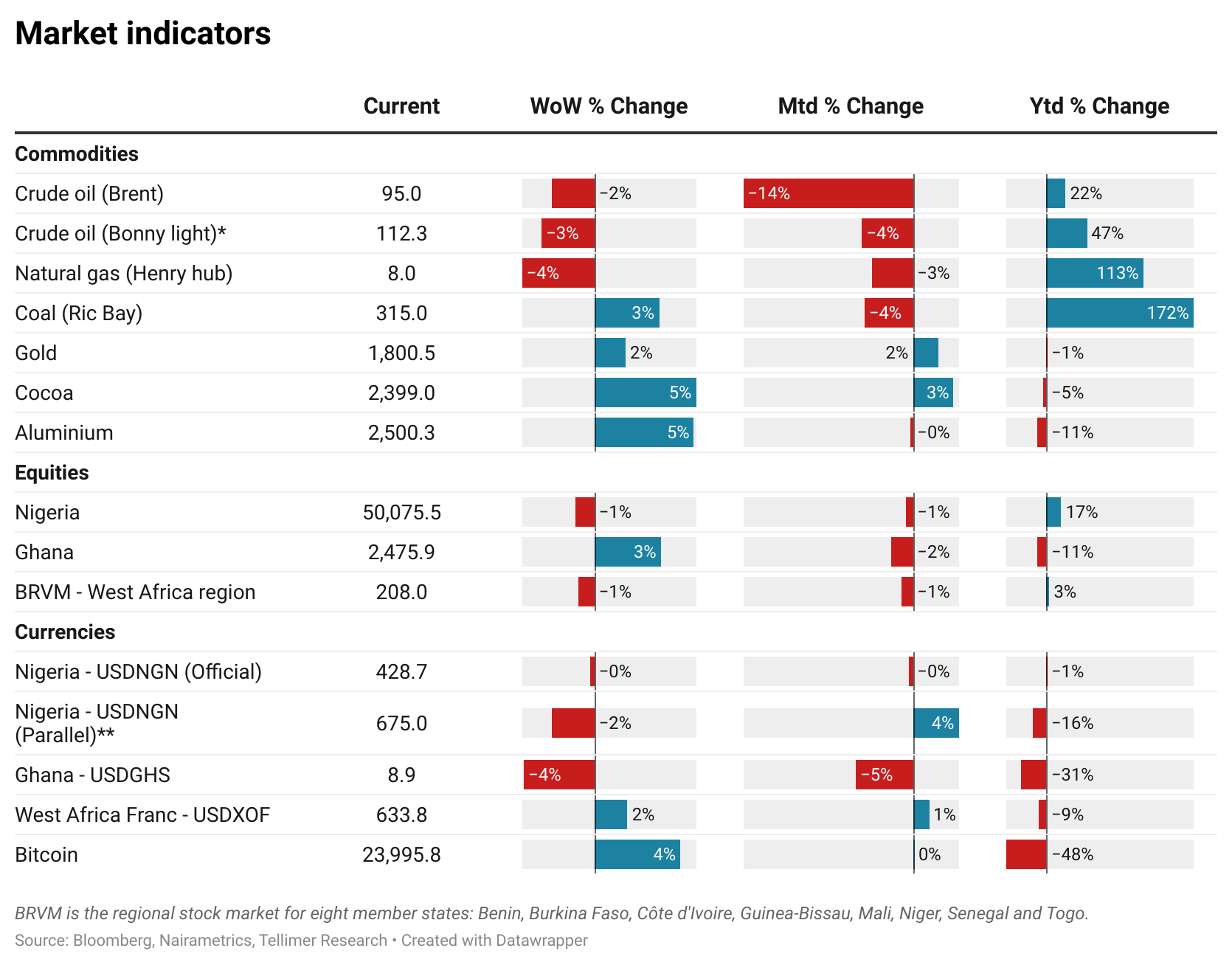 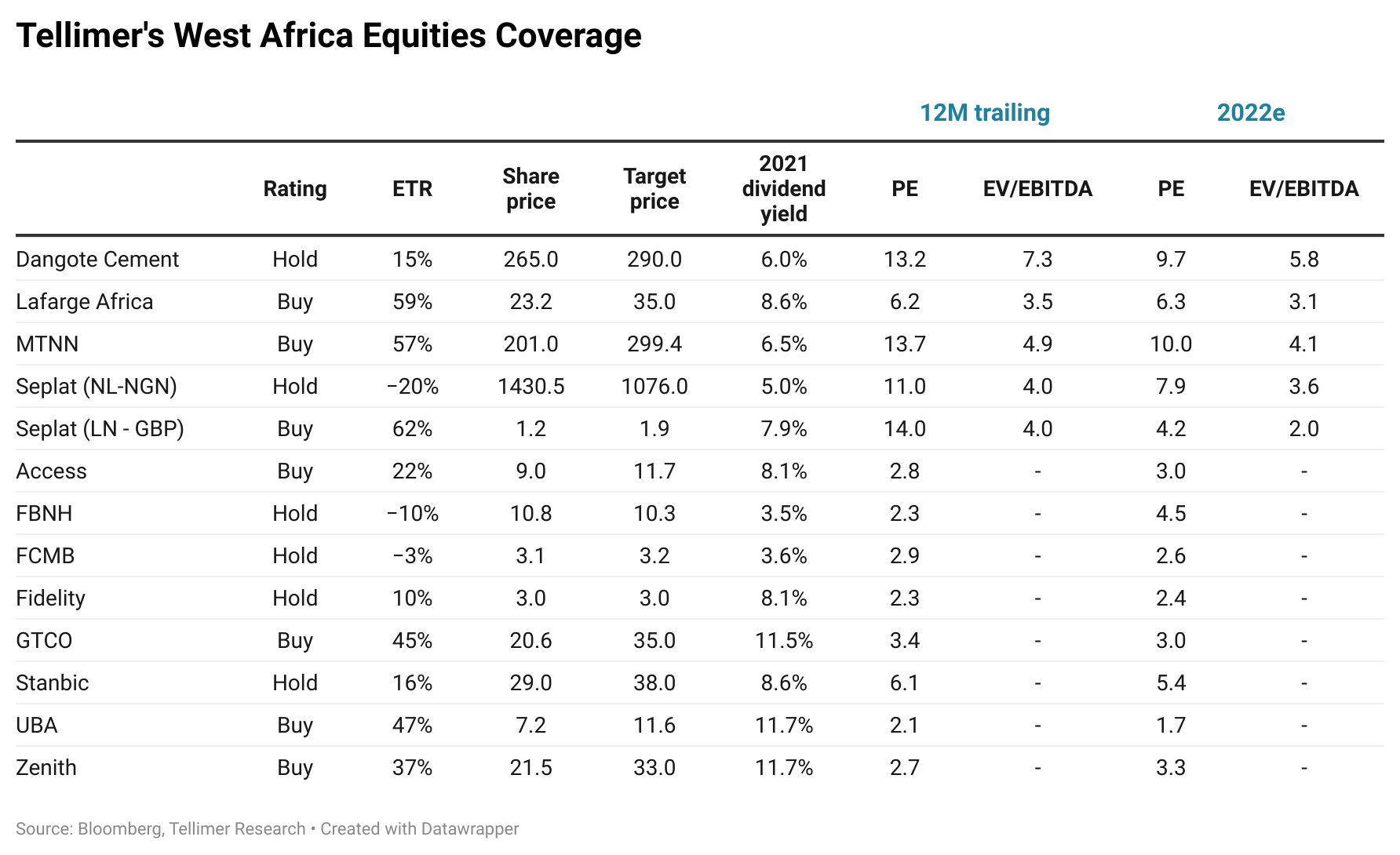 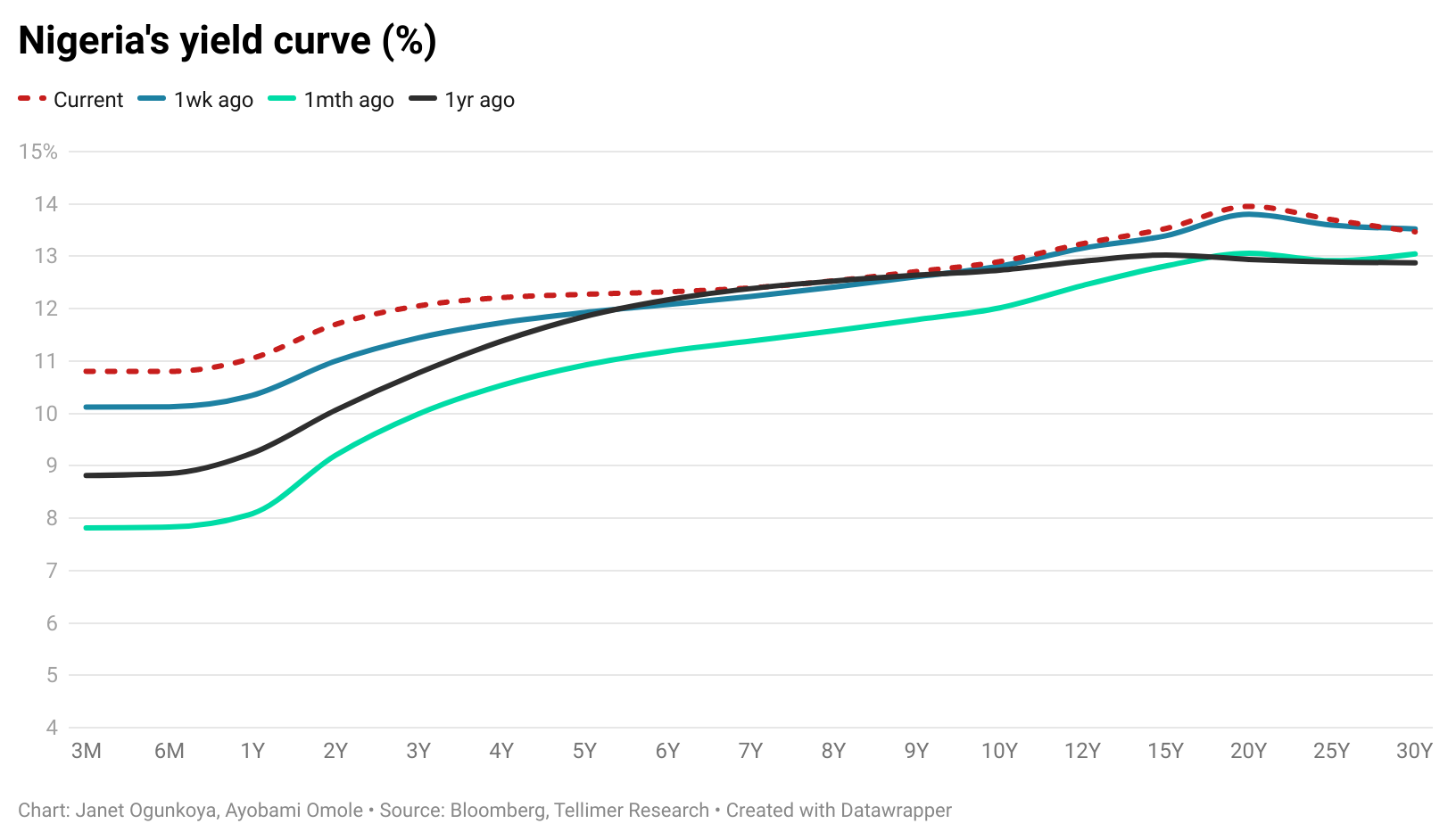 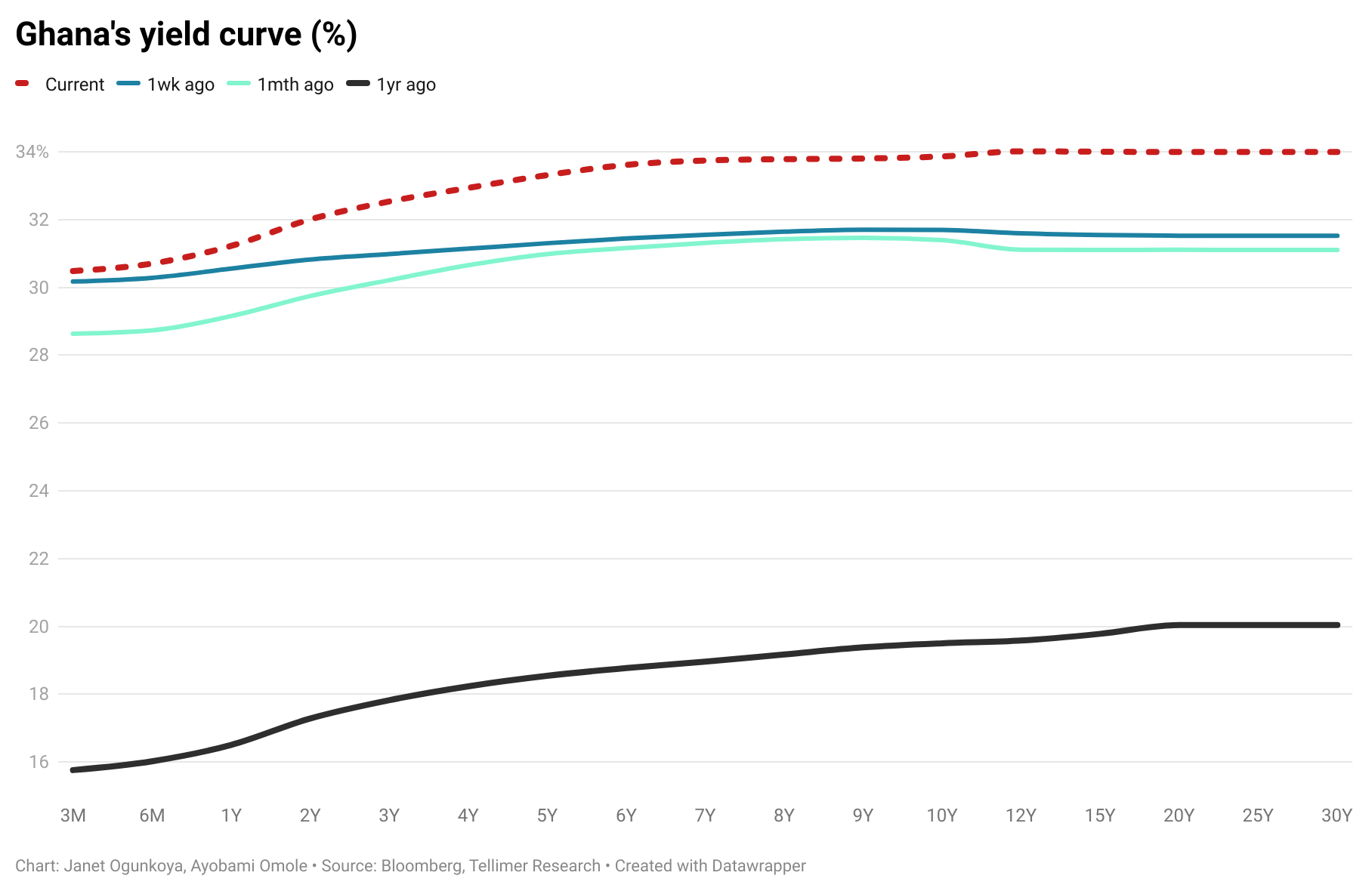